"Farlingaye Hall is a beautiful hotel in Suffolk on the east coast of England. Unfortunately, it is also the site of the brutal murder of Frank Parris, a retired advertising executive. Stefan Codrescu, a Romanian maintenance man, is arrested after police find blood spatter on his clothes and bed linen. He is found guilty and spends eight years in prison. It appears an open and shut case, but there is more than meets the eye. Alan Conway, the late author of the fictional Magpie Murders, knew Frank Parris and once visited Farlingaye Hall. Conway based Atticus Pund Takes the Cake, the third book in his detective series, on the hotel. Cecily Treherne, the daughter of the hotel owner, read the book and believes the truth of Stefan's innocence is found in its pages. But now...she has disappeared. Conway's former editor Susan Ryeland leaves her own hotel in Crete and travels to Suffolk to investigate the murder and Treherne's disappearance"-- Provided by publisher.

Fabulous, intricate writing submitted by kkjammers on May 30, 2021, 7:08pm I started taking notes while reading to keep track of characters as they joined the story. Wow.

A previous reader of this book had dog-eared many pages.

To all readers of books not yours (like library books): Don't dog-ear pages in books! It damages them. Eventually the page will break where you folded it. Do it to your own copies if you must. There is no shortage of paper in this world. Use a bookmark, a sticky note, an envelope, anything.


murder story in a murder story submitted by hiker15 on August 14, 2021, 8:32pm In the middle of the book is a murder story that one of the characters wrote - supposedly a novel but based on an actual murder with the names and other details changed. Another character read the story and figured out that the person who was convicted was not the actual murderer.

On and on and on the story goes (because you actually have to read two separate murder stories in this book, each with its own set of page numbers). So if you look at the last page to see how many pages the book has and wonder why it seems so much thicker than that, it is because there is another separate story with its own pages in the middle.

After reading for a while and seeing the separate story I finally gave it. It just wasn't that interesting. 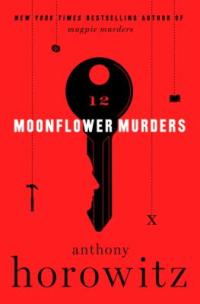