I was, perhaps, submitted by jibkidder on June 28, 2022, 8:39am too much looking forward to seeing this movie when I saw it. I've found that that can problematize the viewing of a film, when you store up a bunch of desire to view, the film grows a larger and larger imagined identity in your head, the film in your head becomes a film and inevitably, to say nothing of the real film's quality, when the two meet they do not match. So, I'll say this is a great movie by an interesting director who has matured and share with you what Allison Shoemaker wrote on the Ebert site: "A simultaneously gentle and unsparing dissection of the formative flaws of capitalism, and thus of the “American dream”; a frontier story which captures the harsh realities and simple pleasures of a life built painstakingly from rock, wood, and soil; a heist movie; an argument for the power of baked goods. It is somehow both brutal and pastoral, peaceful and laced through with the inevitability of disaster and death." 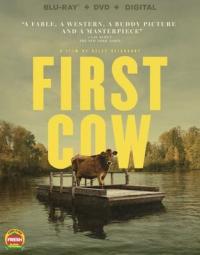