The Color of Love : : a Story of a Mixed-Race Jewish Girl "A memoir about a mixed-raced Jewish woman who chooses to help her estranged Great-Aunt Nette after she develops Alzheimer's, a disease that erases Nette's prejudices, allowing Marra to develop a relationship with the woman who shunned her in youth"--Provided by publisher.
In 1970, three-day-old Marra B. Gad was adopted by a white Jewish family in Chicago. Marra's biological mother was unwed, white, and Jewish; her biological father was black. The world wasn't ready for Marra-- and even in her own extended family, racism bubbled to the surface. Relatives who could not tolerate the color of her skin were cut out-- including her once beloved, glamorous, worldly Great-Aunt Nette. After fifteen years of estrangement, Marra discovered that Nette had Alzheimer's, and she worked to get Nette back to the only family she had left, watching as the disease erased her aunt’s racism. -- adapted from front flap 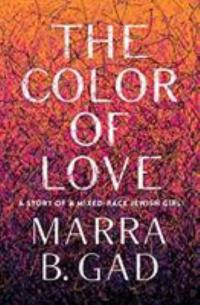