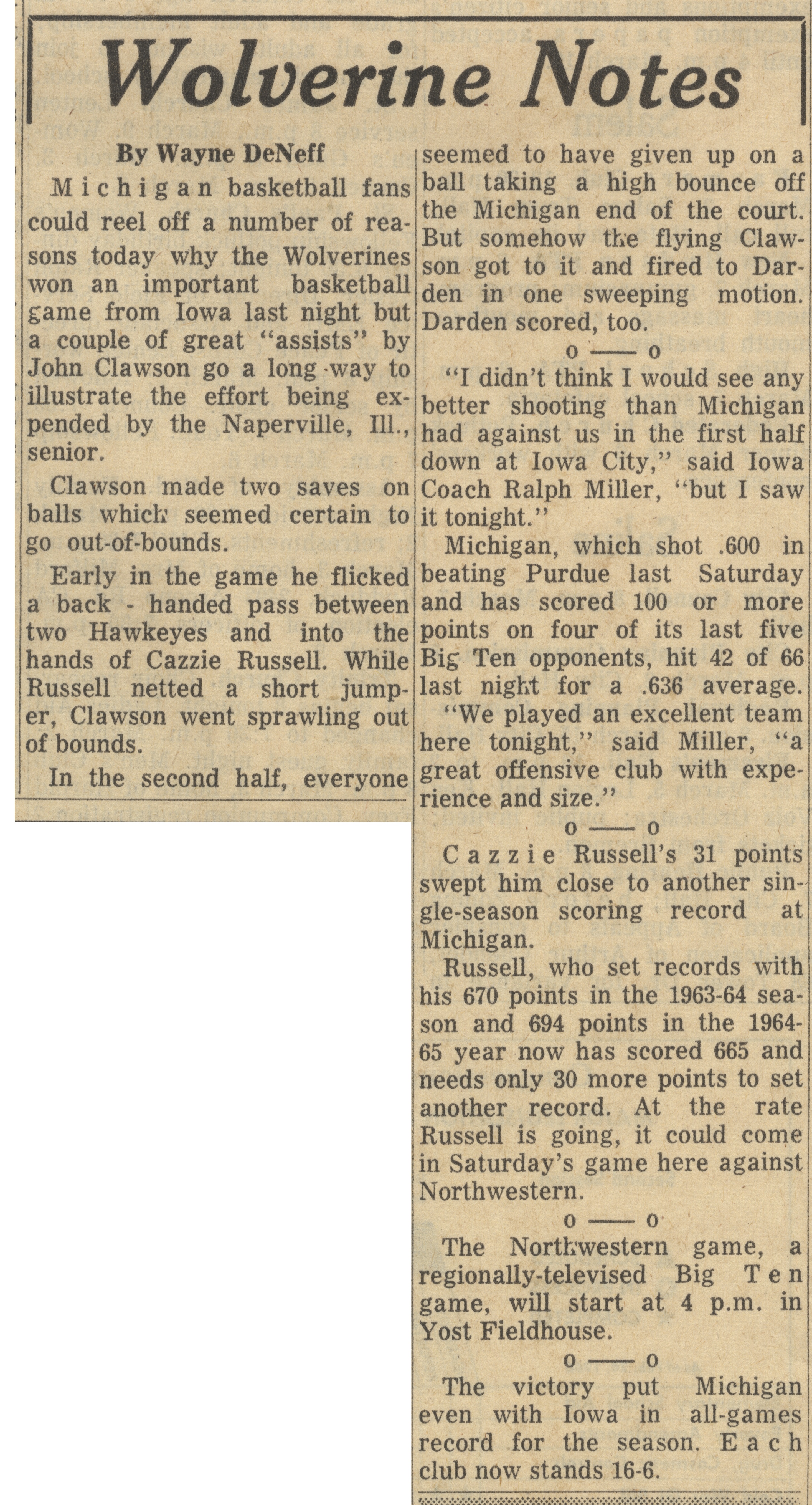 John Clawson go a long way to} «i didn't, think I would see any
ulustrate the effort being ex-j better shooting than Michi? '
pended by the Napervule. 111., had against us in the first h. ,
senlor- down at Iowa City," said lowaj

Clawson made two saves on Coach Ralph Miller, "but I saw!
balls which seemed certain to it tonight." '
go out-of-bounds, j Michigan, which shot .600 in;

Early in the game he flicked beating Purdue last Saturday
a back - handed pass between and has scored 100 or more
two Hawkeyes and into the points on four of its last five
hands of Cazzie Russell. While Big Ten opponents, hit 42 of 66
Russell netted a short jump- last night for a .636 average.
er, Clawson went sprawling out "We played an excellent team!
ofbounds. there tonight," said Miller, "a!

In the second half,
j seemed to have given up on a
ng ball taking a high bounce off

everyone [S^^ offensive club with expe-
'rience and size."

o —— o
The victory put Michigan
even with Iowa in all-games j
I record for the season. Each
club now stands 16-6.