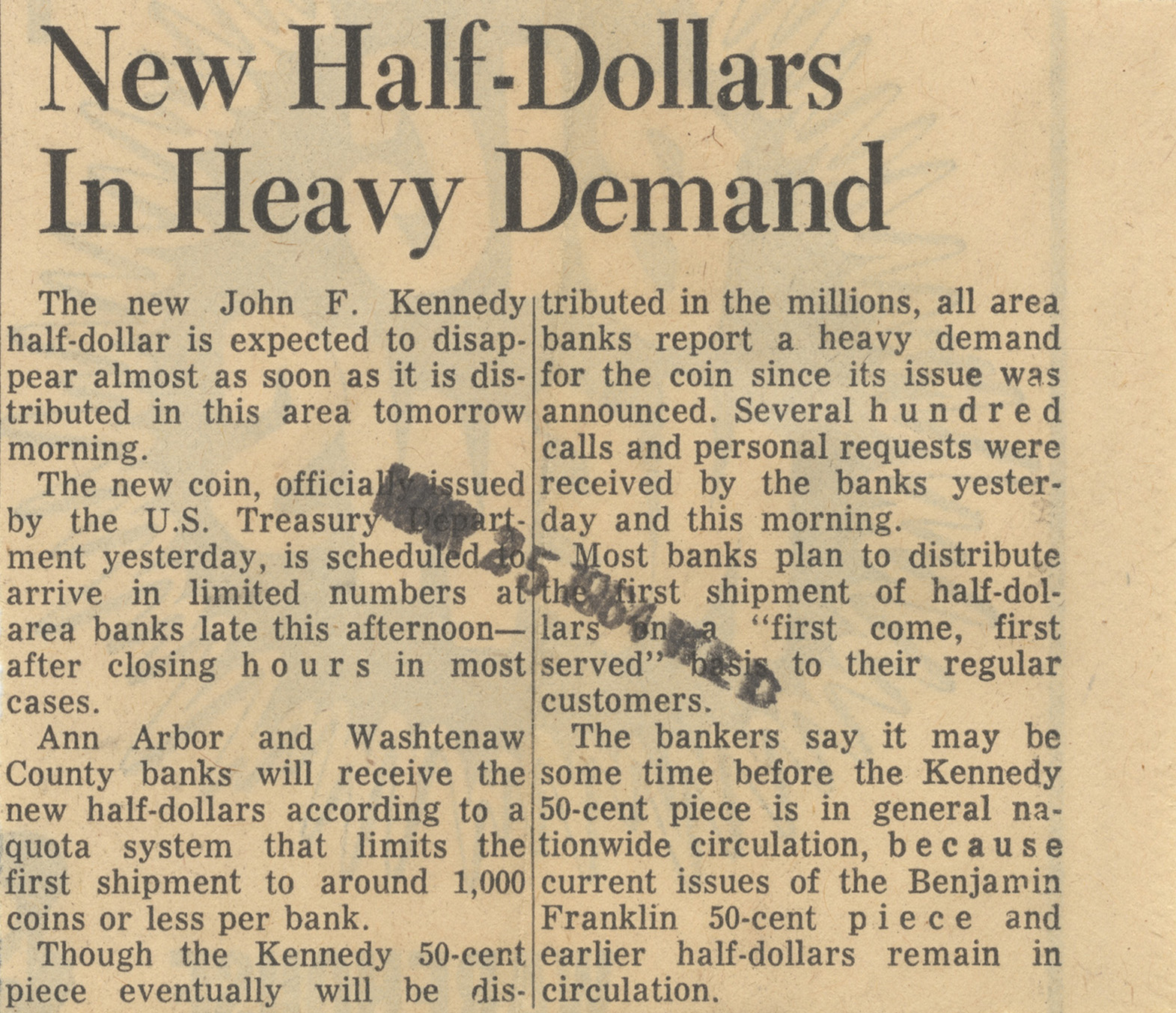 j ~ _
New Ha -Do ars
I H D d
The new John F. Kennedy tributed in the millions, all area _
jhalf-dollar is expected to disap- banks report a_ heavy demand
pear almost as soon as it is dis- for the coin since its issue was
jtributed in this area` tomorrow announced. Several h u n d r e d
morning. calls and personal requests were
The new coin, officia ` sued received by the banks yester-
by the U.S. Treasur _ - day and this morning. -
ment yesterday, is schedu <12 ost banks Plan to distribute
arrive in limited numbers a t shipment of half-dol-
area banks late thisafternoon- lar “first come, -first '
after closing hours in most served’ ' to their regular
cases. customers. ‘
Ann Arbor and Washtenaw The bankers say it may be
County banks will receive the some time_ before the Kennedy '
new half-dollars according to a 50-cent piece-is -in general na-
quota system that limits the tionwide circulation, because
first shipment to around 1,000 ,current issues of the Benjamin
coins or less per bank. Franklin 50-cent p i e »c e and
Though the Kennedy 50-cent earlier half-dollars remain in ‘
'piece eventually will be dis- circulation.