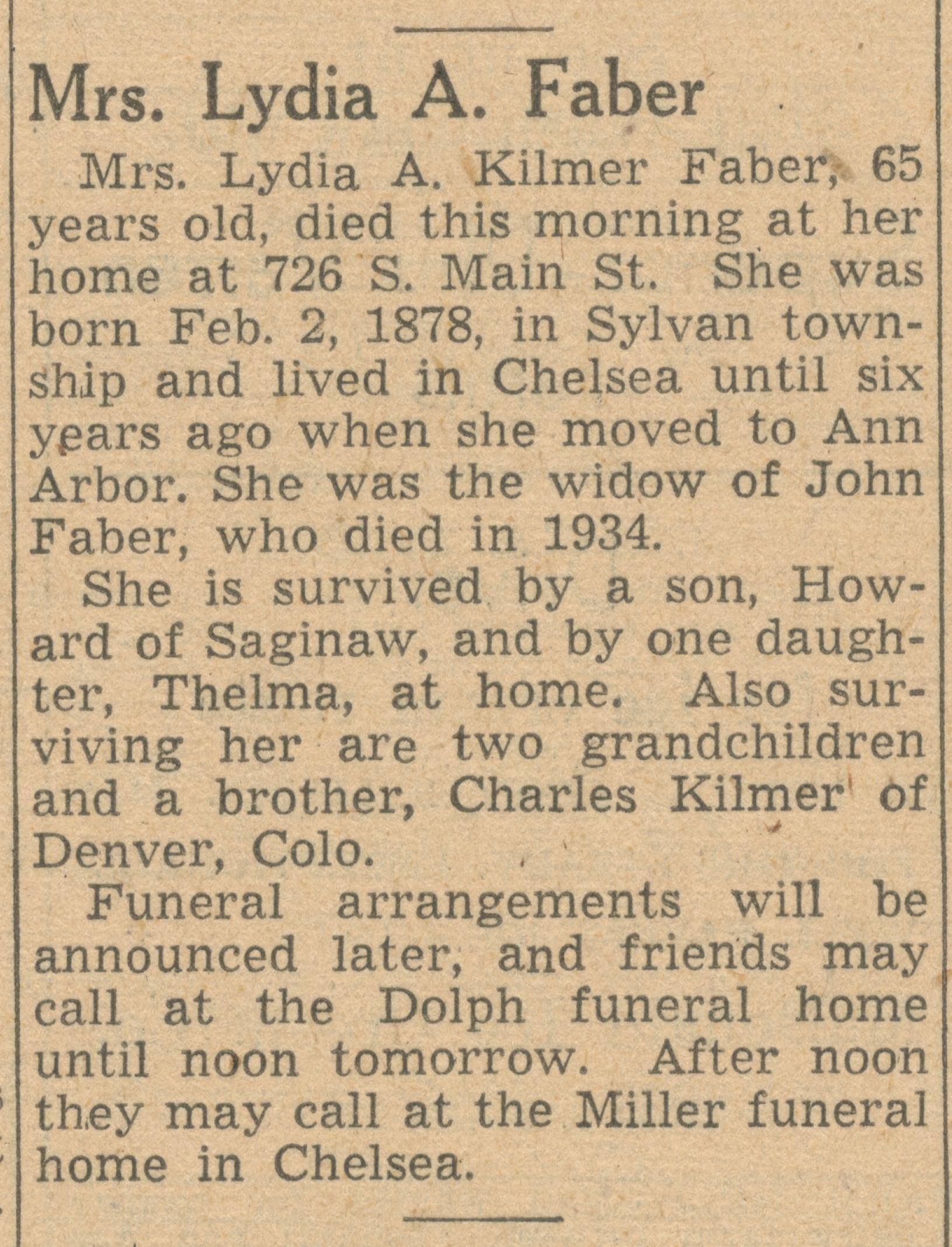 Mrs. Lydia A. Kilmer Faber, 65 years old, died this morning at her home at 726 S. Main St. She was born Feb. 2, 1878, in Sylvan township and lived in Chelsea until six years ago when she moved to Ann Arbor. She was the widow of John Faber, who died in 1934.
She is survived by a son, Howard of Saginaw, and by one daughter, Thelma, at home. Also surviving her are two grandchildren and a brother, Charles Kilmer of Denver, Colo.
Funeral arrangements will be announced later, and friends may call at the Dolph funeral home until noon tomorrow. After noon they may call at the Miller funeral home in Chelsea.