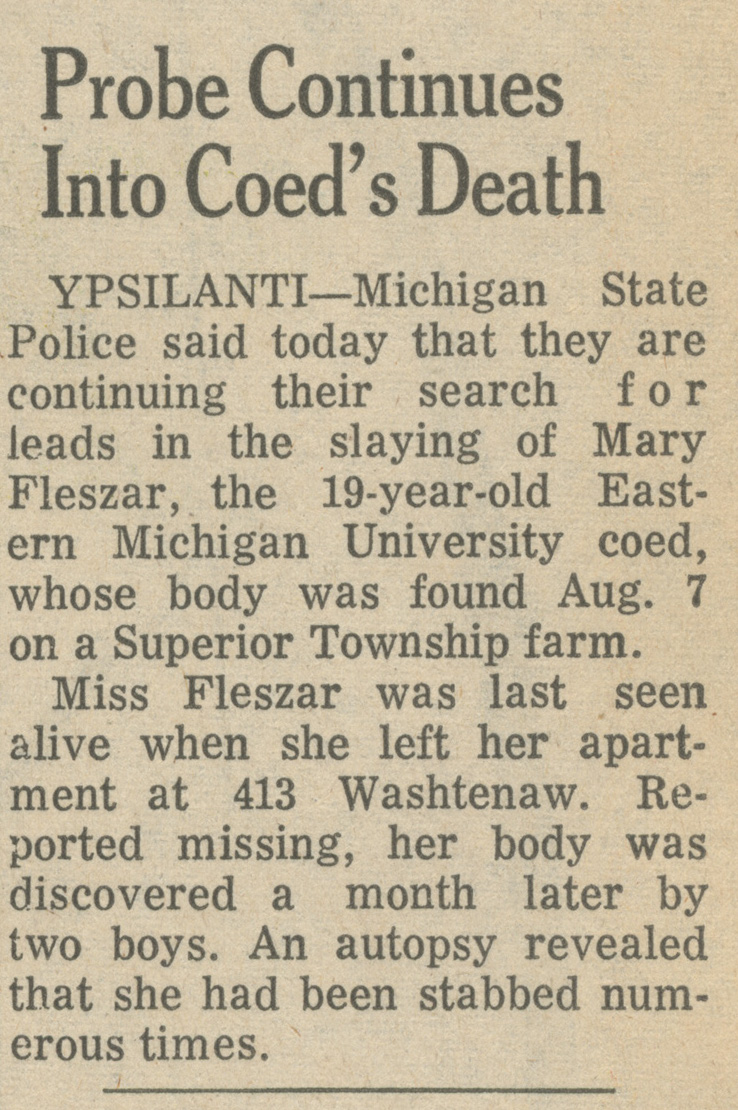 YPSILANTI — Michigan State Police said today that they are continuing their search for leads in the slaying of Mary Fleszar, the 19-year-old Eastern Michigan University coed, whose body was found Aug. 7 on a Superior Township farm. Miss Fleszar was last seen alive when she left her apartment at 413 Washtenaw. Reported missing, her body was discovered a month later by two boys. An autopsy revealed that she had been stabbed numerous times.