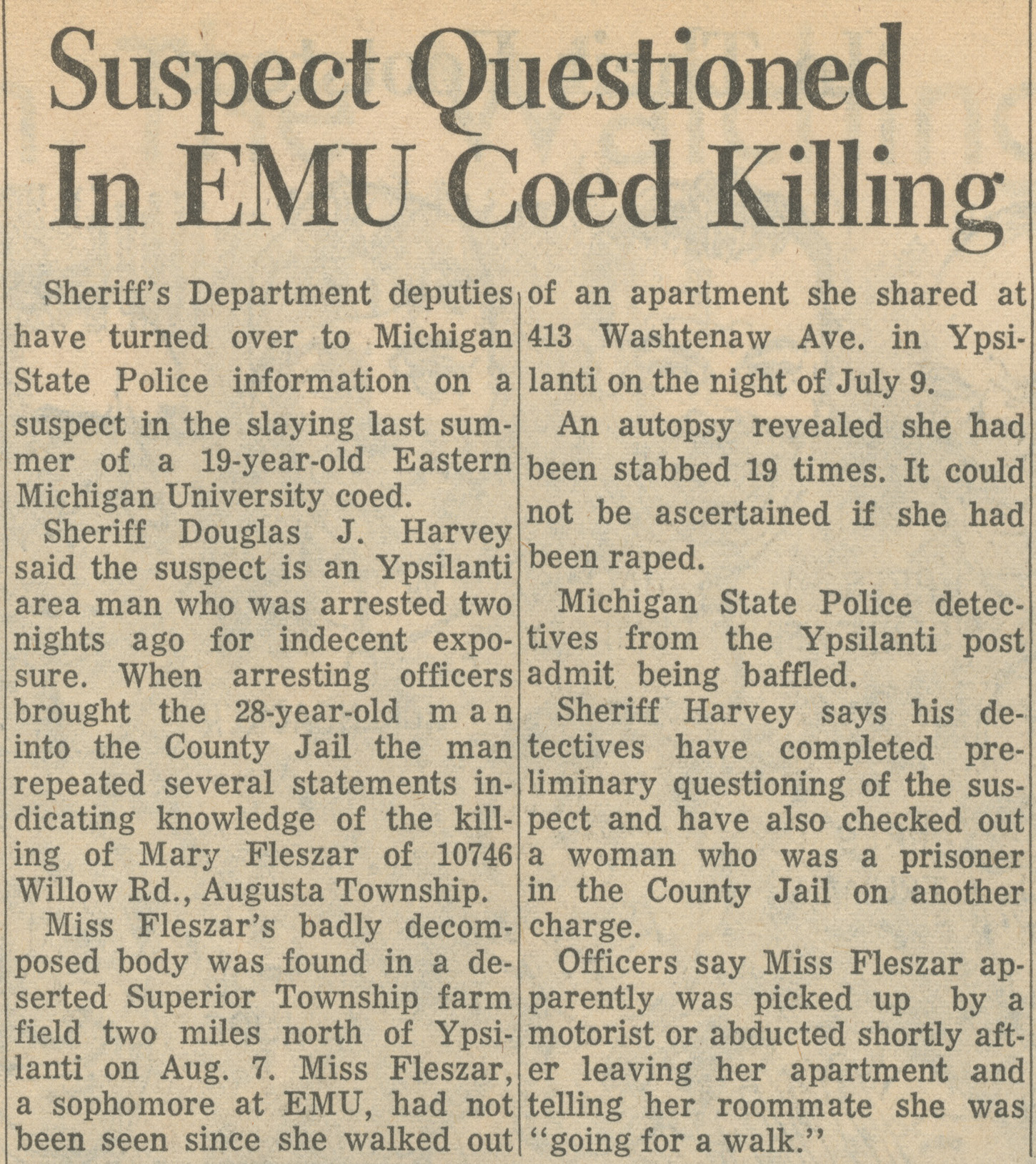 Sheriff’s Department deputies have turned over to Michigan State Police information on a suspect in the slaying last summer of a 19-year-Old Eastern Michigan University coed.

Sheriff Douglas J. Harvey said the suspect is an Ypsilanti area man who was arrested two nights ago for indecent exposure. When arresting officers brought the 28-year-old man into the County Jail the man repeated several statements indicating knowledge of the killing of Mary Fleszar of 10746 Willow Rd., Augusta Township.

Miss Fleszar’s badly decomposed body was found in a deserted Superior Township farm field two miles north of Ypsilanti on Aug. 7. Miss Fleszar, a sophomore at EMU, had not  been seen since she walked out of an apartment she shared at 413 Washtenaw Ave. in Ypsilanti on the night of July 9.

Sheriff Harvey says his detectives have completed preliminary questioning of the suspect and have also checked out a woman who was a prisoner in the County Jail on another charge.

Officers say Miss Fleszar apparently was picked up by a motorist or abducted shortly after leaving her apartment and telling her roommate she was "going for a walk."