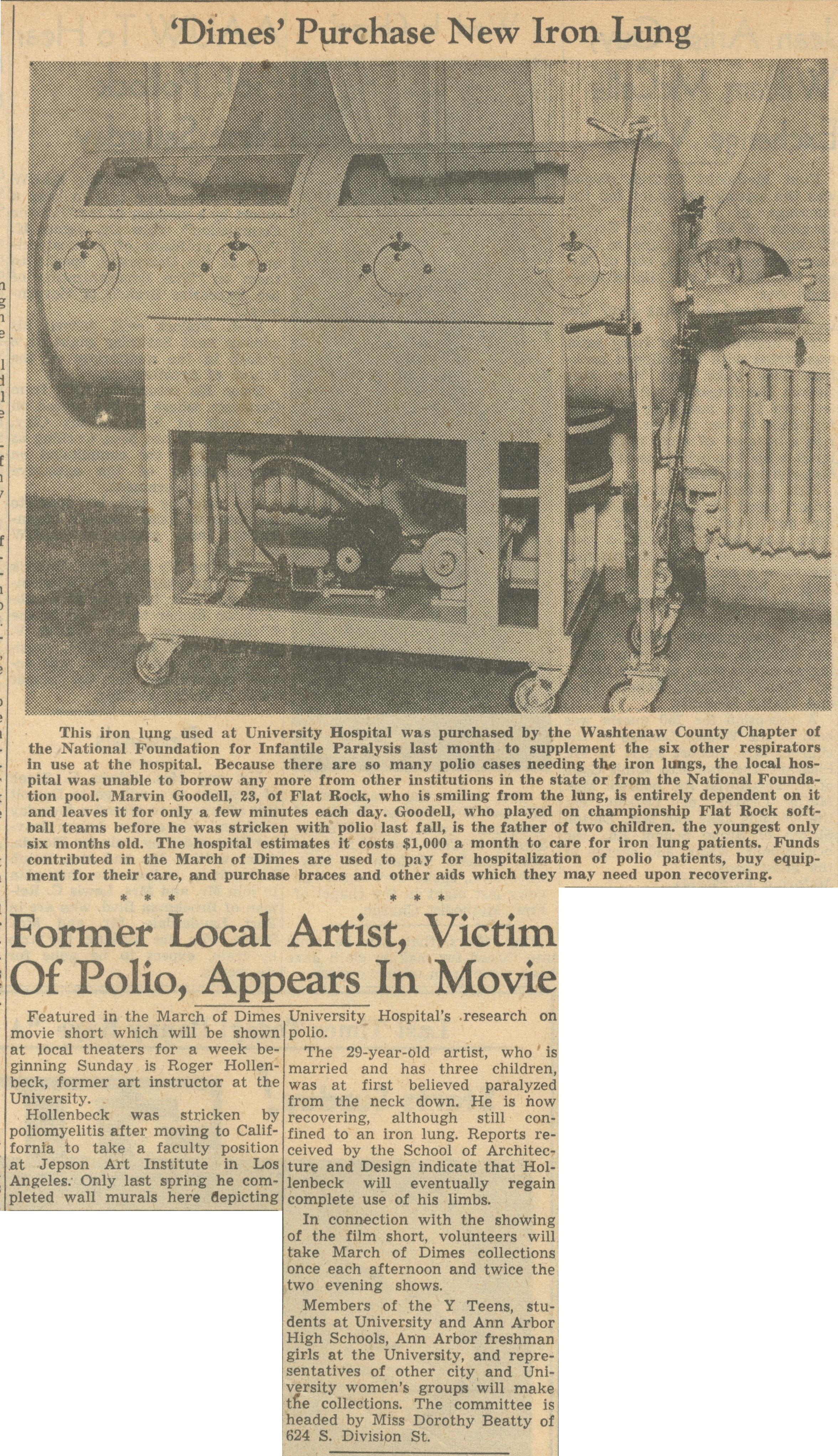 Featured in the March of Dimes movie short which will be shown at local theaters for a week beginning Sunday is Roger Hollenbeck, former art instructor at the University.

Hollenbeck was stricken by poliomyelitis after moving to California to take a faculty position at Jepson Art Institute in Los Angeles. Only last spring he completed wall murals here depicting University Hospital’s research on polio.

The 29-year-old artist, who is married and has three children, was at first believed paralyzed from the neck down. He is how recovering, although still confined to an iron lung. Reports received by the School of Architecture and Design indicate that Hollenbeck will eventually regain complete use of his limbs.

In connection with the showing of the film short, volunteers will take March of Dimes collections once each afternoon and twice the two evening shows.

Members of the Y Teens, students at University and Ann Arbor High Schools, Ann Arbor freshman girls at the University, and representatives of other city and University women’s groups will make the collections. The committee is headed by Miss Dorothy Beatty of 624 S. Division St.

This iron lung used at University Hospital was purchased by the Washtenaw County Chapter of the National Foundation for Infantile Paralysis last month to supplement the six other respirators in use at the hospital. Because there are so many polio cases needing the iron lungs, the local hospital was unable to borrow any more from other institutions in the state or from the National Foundation pool. Marvin Goodell, 23, of Flat Rock, who is smiling from the lung, is entirely dependent on it and leaves it for only a few minutes each day. Goodell, who played on championship Flat Rock soft-ball teams before he was stricken with polio last fall, is the father of two children, the youngest only six months old. The hospital estimates it costs $1,000 a month to care for Iron lung patients. Funds contributed in the March of Dimes are used to pay for hospitalization of polio patients, buy equipment for their care, and purchase braces and other aids which they may need upon recovering.