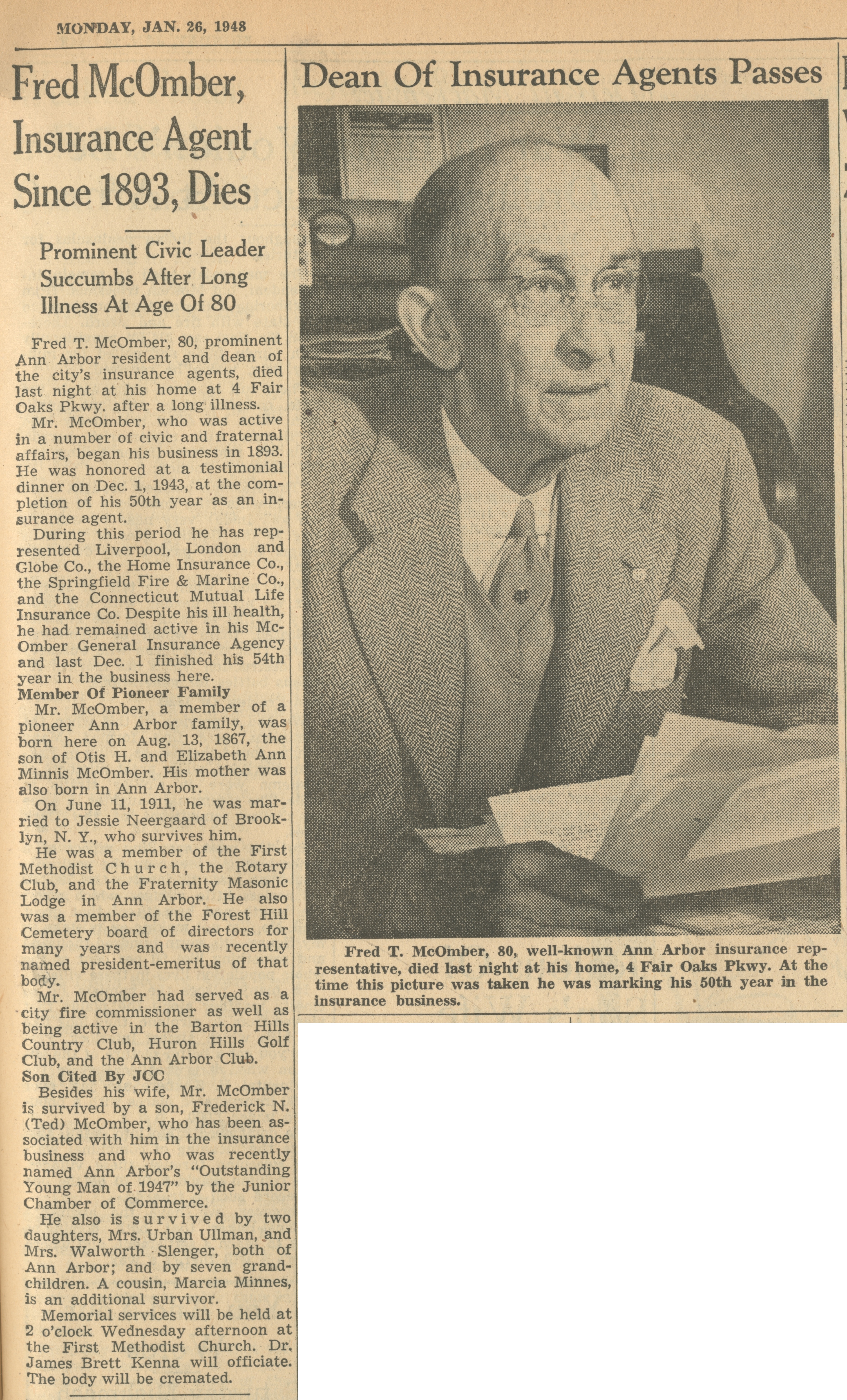 Prominent Civic Leader Succumbs After Long Illness At Age Of 80

Mr. McOmber, who was active in a number of civic and fraternal affairs, began his business in 1893. He was honored at a testimonial dinner on Dec. 1, 1943, at the completion of his 50th year as an insurance agent.

During this period he has represented Liverpool, London and Globe Co., the Home Insurance Co., the Springfield Fire & Marine Co., and the Connecticut Mutual Life Insurance Co. Despite his ill health, he had remained active in his McOmber General Insurance Agency and last Dec. 1 finished his 54th year in the business here.

Mr. McOmber, a member of a pioneer Ann Arbor family, was born here on Aug. 13, 1867, the son of Otis H. and Elizabeth Ann Minnis McOmber. His mother was also born in Ann Arbor.

Mr. McOmber had served as a city fire commissioner as well as being active in the Barton Hills Country Club, Huron Hills Golf Club, and the Ann Arbor Club.

Besides his wife, Mr. McOmber is survived by a son, Frederick N. (Ted) McOmber, who was been associated with him in the insurance business and who was recently named Ann Arbor's "Outstanding Young Man of 1947" by the Junior Chamber of Commerce.

He also is survived by two daughters, Mrs. Urban Ullman, and Mrs. Walworth Slenger, both of Ann Arbor; and by seven grandchildren. A cousin, Marcia Minnes, is an additional survivor.

Memorial services will be held at 2 o'clock Wednesday afternoon at the First Methodist Church. Dr. James Brett Kenna will officiate. The body will be cremated.