A Birthday Salute For Eva Jessye, 80 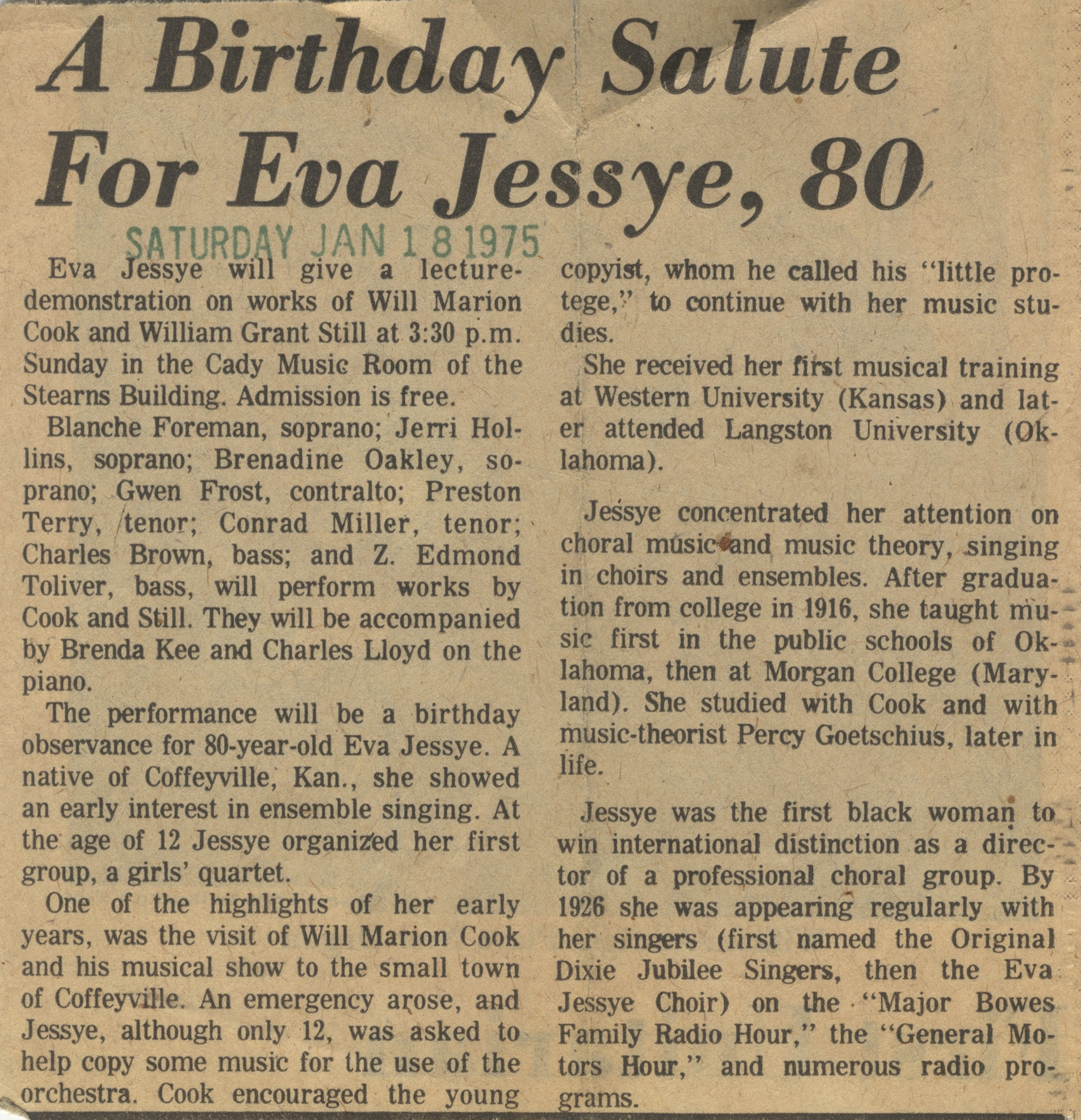 ﻿A Birthday Salute For Eva Jessye, 80

Eva Jessye will give a lecture-demonstration on works of Will Marion Cook and William Grant Still at 3:30 p.m. Sunday in the Cady Music Room of the Stearns Building. Admission is free.

The performance will be a birthday observance for 80-year-old Eva Jessye. A native of Coffeyville, Kan., she showed an early interest in ensemble singing. At the age of 12 Jessye organized her first group, a girls’ quartet.

One of the highlights of her early years, was the visit of Will Marion Cook and his musical show to the small town of Coffeyville. An emergency arose, and Jessye, although only 12, was asked to help copy some music for the use of the orchestra. Cook encouraged the young copyist whom he called his "little protege,” to continue with her music studies.

Jessye concentrated her attention on choral music and music theory, singing in choirs and ensembles. After graduation from college in 1916, she taught music first in the public schools of Oklahoma, then at Morgan College (Maryland). She studied with Cook and with music-theorist Percy Goetschius, later in life.

Jessye was the first black woman to win international distinction as a director of a professional choral group. By 1926 she was appearing regularly with her singers (first named the Original Dixie Jubilee Singers, then the Eva Jessye Choir) on the “Major Bowes Family Radio Hour,” the “General Motors Hour,” and numerous radio programs.