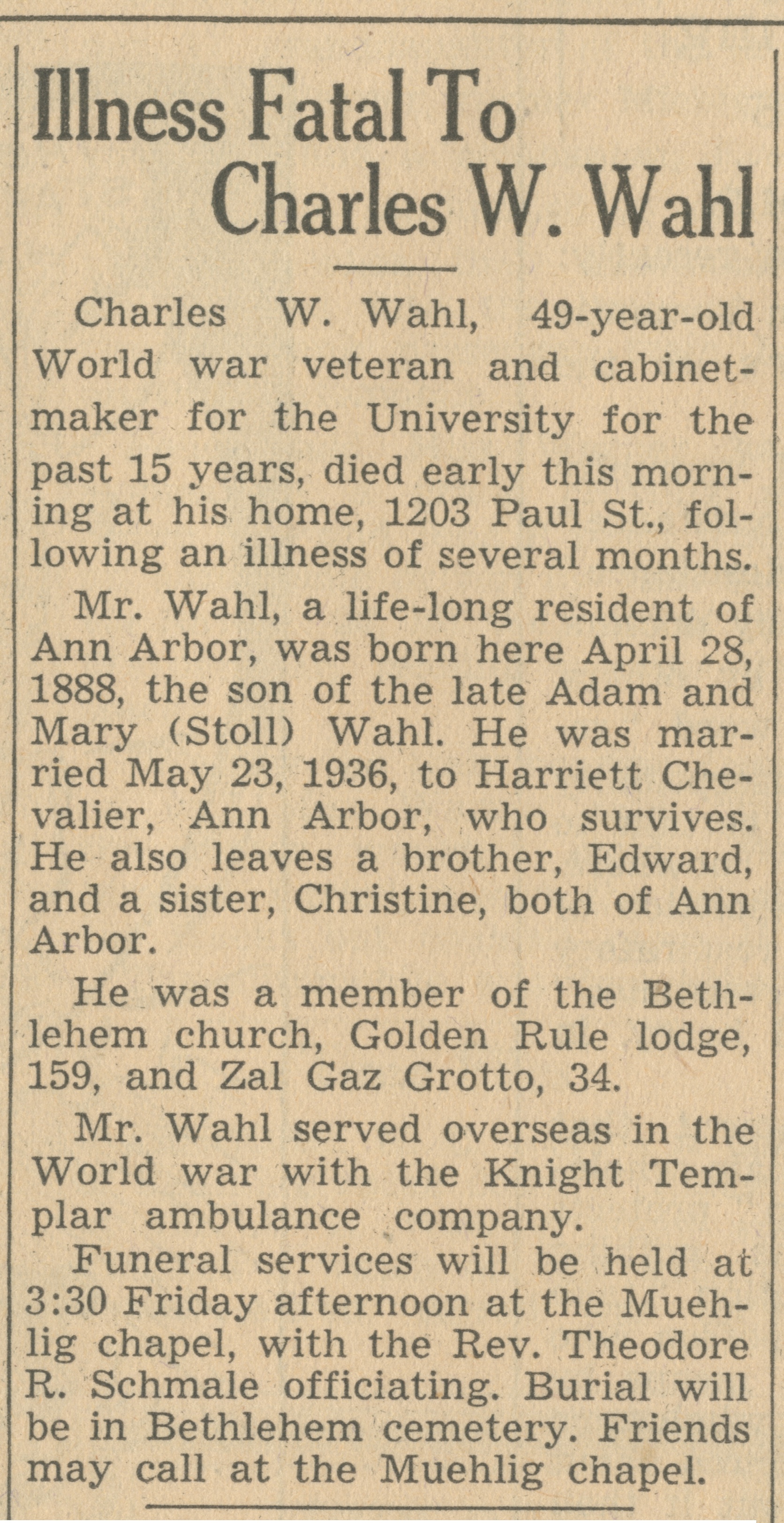 Charles W. Wahl, 49-year-old World war veteran and cabinetmaker for the University for the past 15 years, died early this morning at his home, 1203 Paul St., following an illness of several months.
Mr. Wahl, a life-long resident of Ann Arbor, was born here April 28, 1888, the son of the late Adam and Mary (Stoll) Wahl. He was married May 23, 1936, to Harriett Chevalier, Ann Arbor, who survives. He also leaves a brother, Edward, and a sister, Christine, both of Ann Arbor.
He was a member of the Bethlehem church, Golden Rule lodge, 159, and Zal Gaz Grotto, 34.
Mr. Wahl served overseas in the World war with the Knight Templar ambulance company.
Funeral services will be held at 3:30 Friday afternoon at the Muehlig chapel, with the Rev. Theodore R. Schmale officiating. Burial will be in Bethlehem cemetery. Friends may call at the Muehlig chapel.