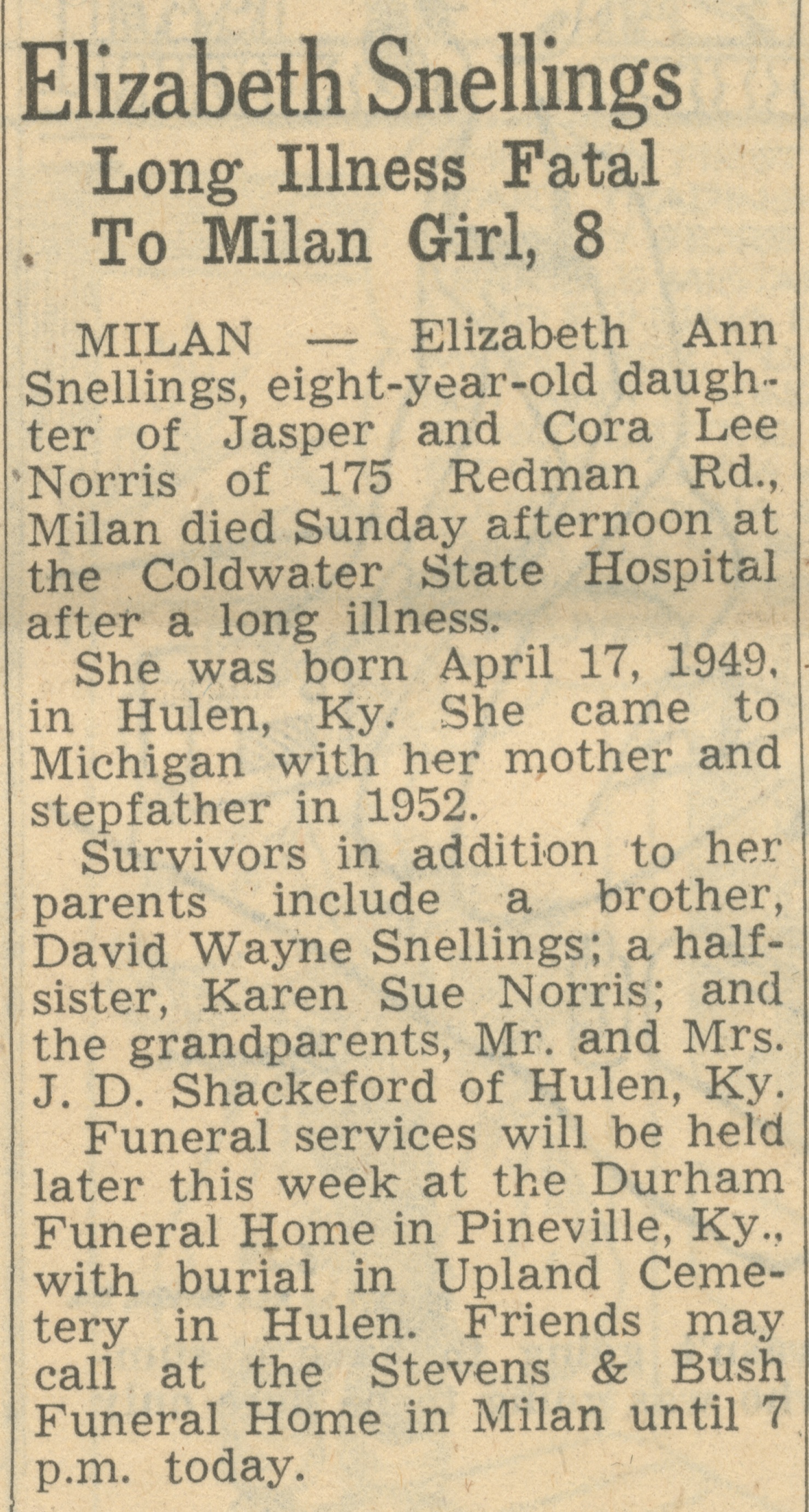 MILAN - Elizabeth Ann Snellings, eight-year-old daughter of Jasper and Cora Lee Norris of 175 Redman Rd., Milan died Sunday afternoon at the Coldwater State Hospital after a long illness.
She was born April 17, 1949, in Hulen, Ky. She came to Michigan with her mother and stepfather in 1952.
Survivors in addition to her parents include a brother, David Wayne Snellings; a half-sister, Karen Sue Norris; and the grandparents, Mr. and Mrs. J. D. Shackeford of Hulen, Ky.
Funeral services will be held later this week at the Durham Funeral Home in Pineville, Ky., with burial in Upland Cemetery in Hulen. Friends may call at the Stevens & Bush Funeral Home in Milan until 7 p.m. today.