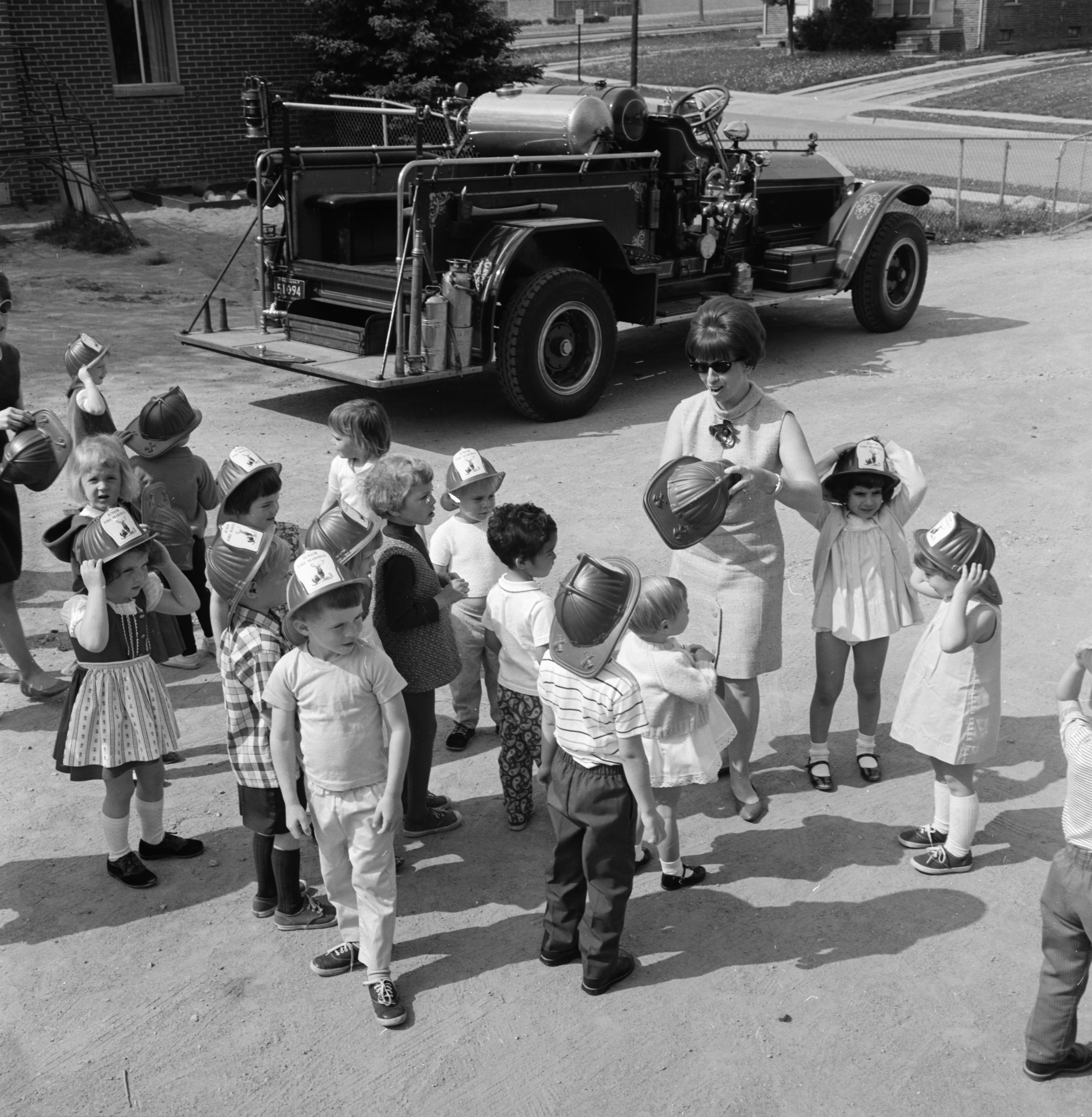 Published In
Ann Arbor News, May 26, 1967
Caption
Plenty Of 'Fire Chiefs': This truckload of three and four-year-old fire chiefs isn't going to a fire, but they might be able to handle one if the alarm sounded. The fire engine ride yesterday was part of a birthday celebration for Suzanne Lyons and Jacalen Garris, both 4, who attend Jack and Jill Nursery School. It also climaxed a two-week unit in which the class learned about city firemen and their work. Calvin Zahn, grandfather of Susan Lyons and owner of fire engine No. 5, formerly owned by the city, drove his crew where there was plenty of water: a nearby lake.
Month
May
Year
1967
Rights Held By
Donated by the Ann Arbor News. © The Ann Arbor News.
Copyright
Copyright Protected