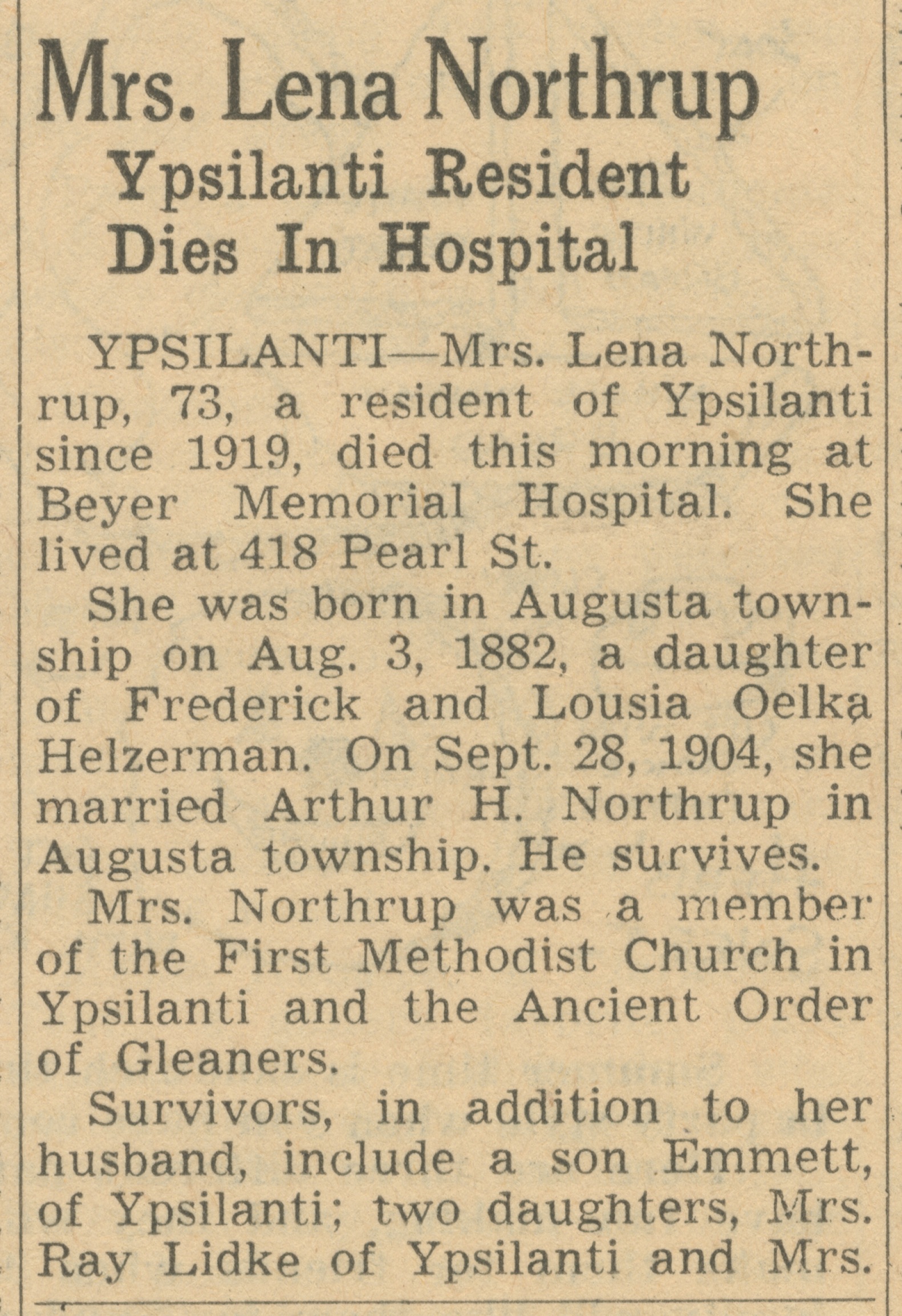 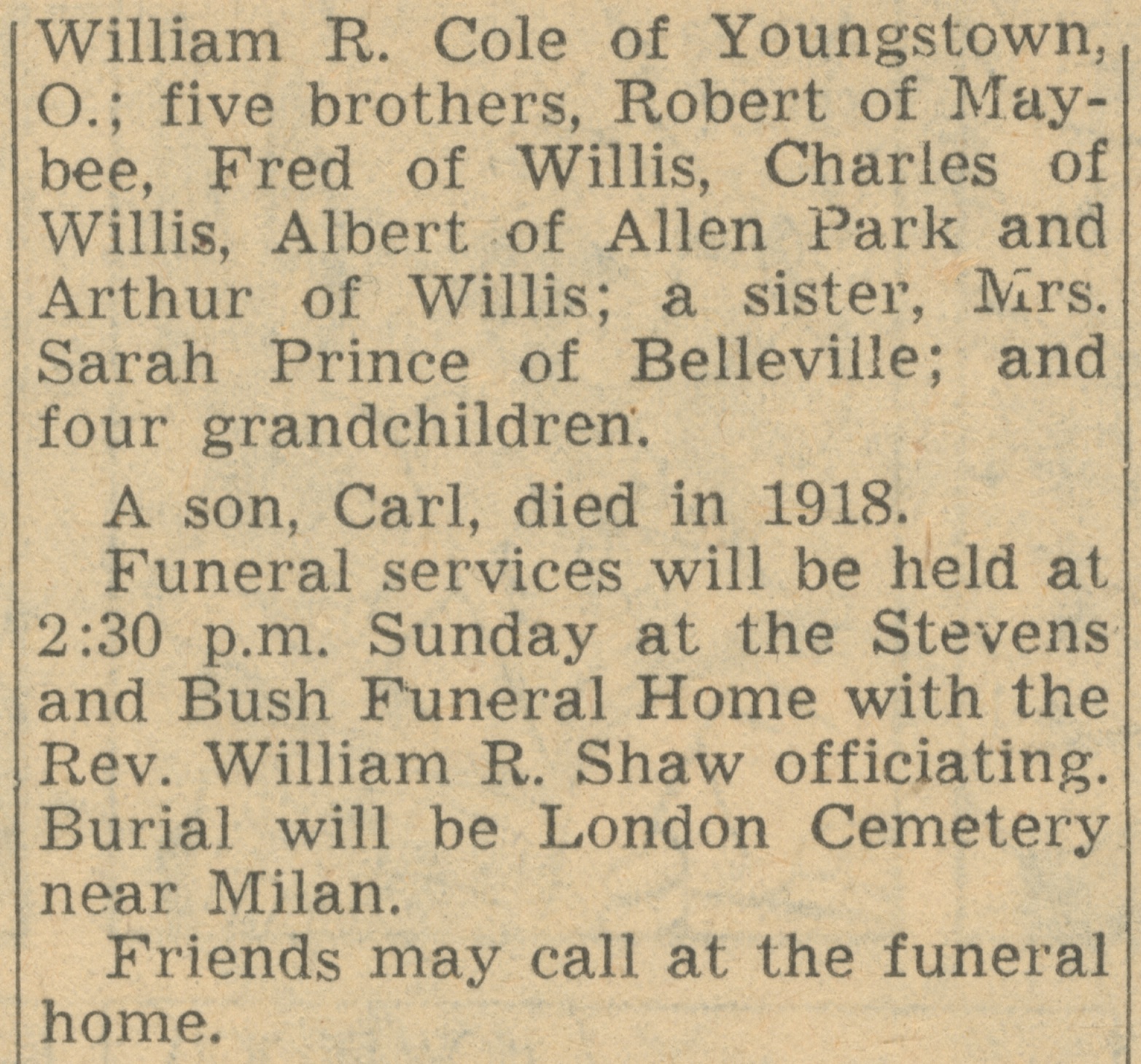 YPSILANTI - Mrs. Lena Northrup, 73, a resident of Ypsilanti since 1919, died this morning at Beyer Memorial Hospital. She lived at 418 Pearl St.
She was born in Augusta township on Aug. 3, 1882, a daughter of Frederick and Lousia Oelka Helzerman. On Sept. 28, 1904, she married Arthur H. Northrup in Augusta township. He survives.
Mrs. Northrup was a member of the First Methodist Church in Ypsilanti and the Ancient Order of Gleaners.
Survivors, in addition to her husband, include a son Emmett, of Ypsilanti; two daughters, Mrs. Ray Lidke of Ypsilanti and Mrs. William R. Cole of Youngstown, O.; five brothers, Robert of Maybee, Fred of Willis, Charles of Willis, Albert of Allen Park and Arthur of Willis; a sister, Mrs. Sarah Prince of Belleville; and four grandchildren.
A son, Carl, died in 1918.
Funeral services will be held at 2:30 p.m. Sunday at the Stevens and Bush Funeral Home with the Rev. William R. Shaw officiating. Burial will be London Cemetery near Milan.
Friends may call at the funeral home.