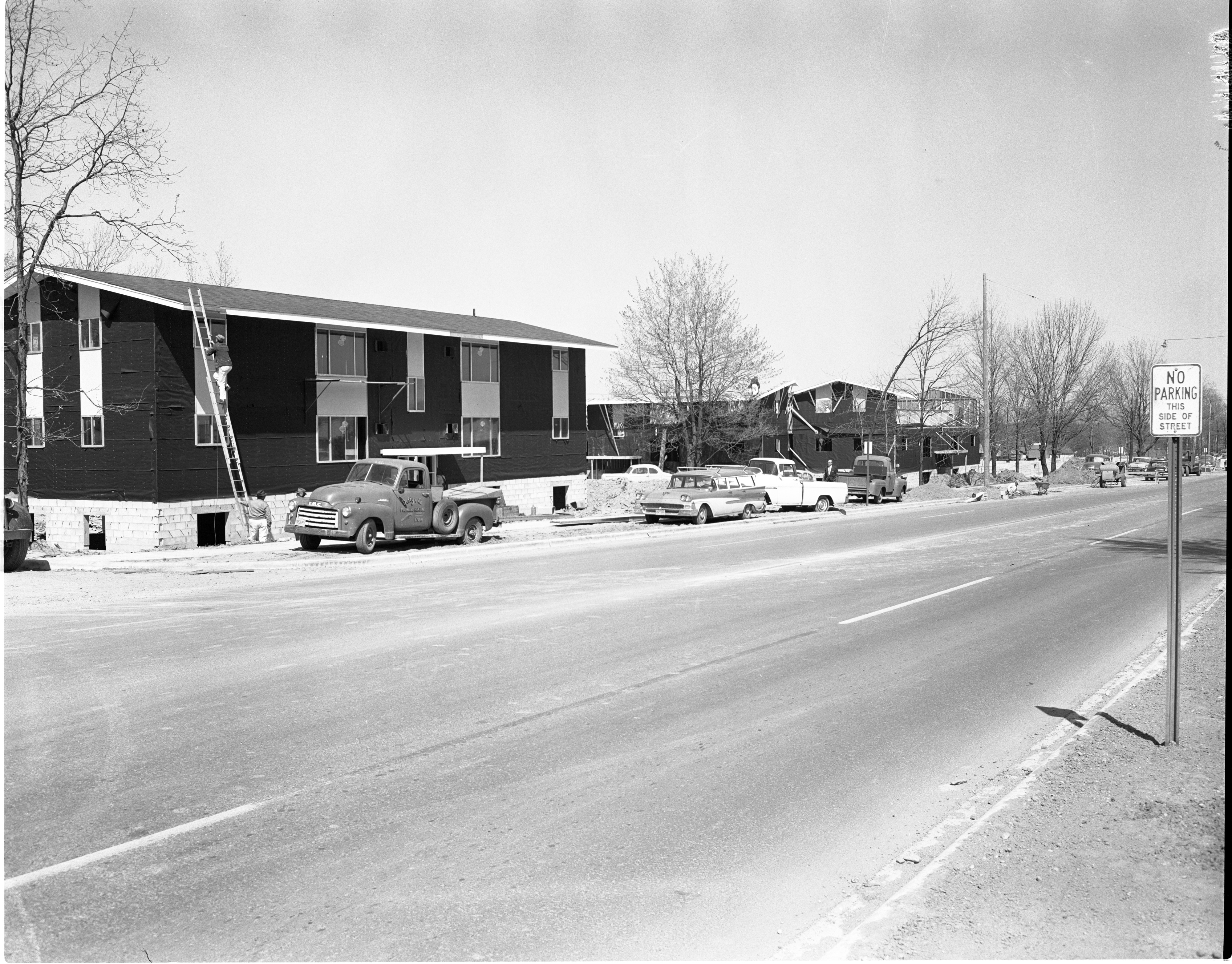 Published In
Ann Arbor News, May 3, 1958
Caption
VAN DUSEN MANOR: Construction is being pushed on the 72-unit, $468,000 Van Dusen Manor at 1100-1330 W. Stadium Blvd. Work began about a month ago on the six buildings which will make up the manor and some of the roofs are in place as the photograph shows. The project is being built by Van Dusen Manor, Inc., headed by Walter D. Van Dusen of Ann Arbor. Some of the units are expected to be ready for occupancy in July.
Month
May
Year
1958
Rights Held By
Donated by the Ann Arbor News. © The Ann Arbor News.
Copyright
Copyright Protected
Related
Van Dusen Manor