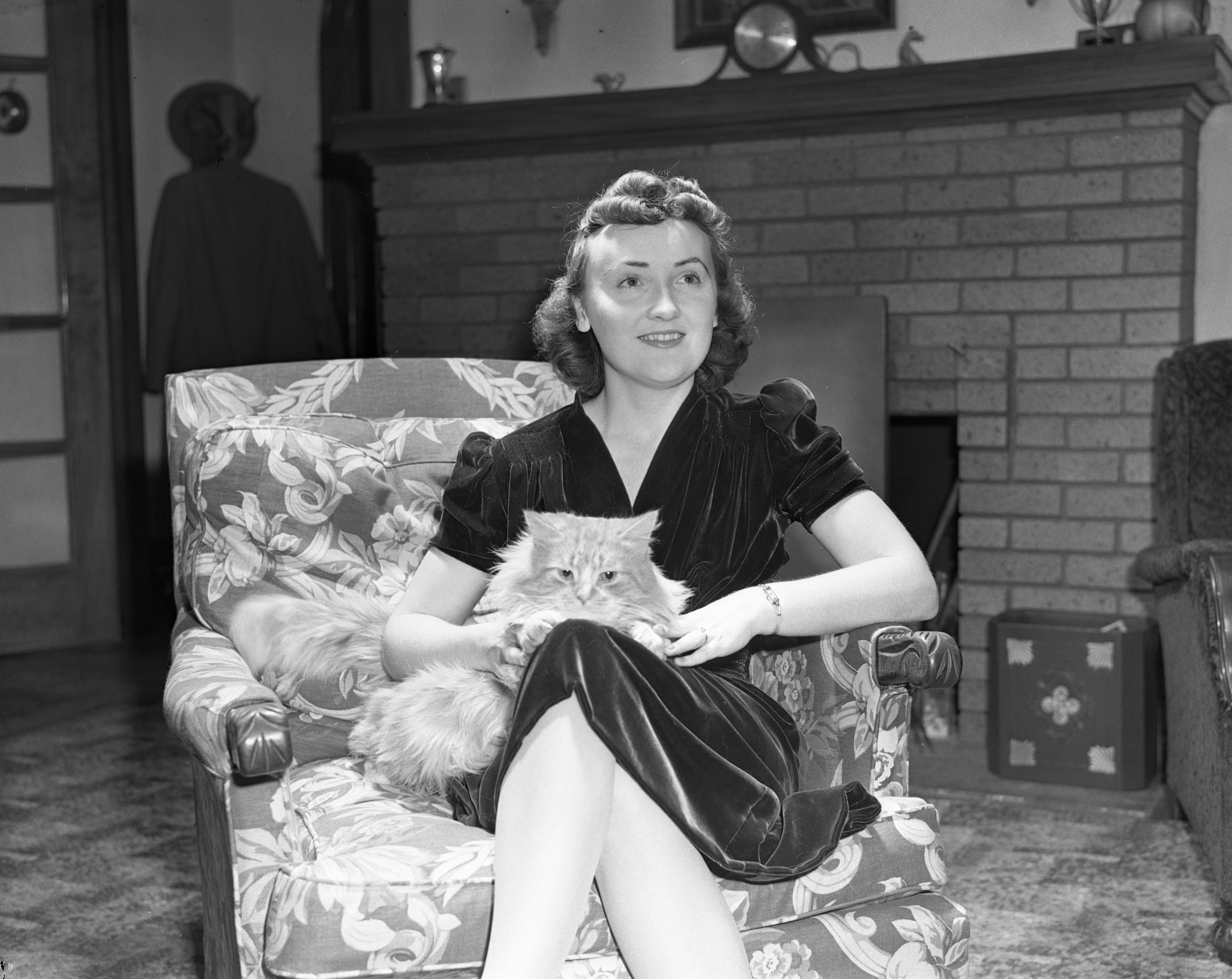 Published In
Ann Arbor News, November 26, 1940
Caption
TO BE BRIDE IN DECEMBER: The betrothal of Merida Hobart of Minerva Rd. and Robert Crane Garretson of Buffalo, N. Y., has been announced by Miss Hobart's parents, Prof. and Mrs. Dean E. Hobart of Minerva Rd. The wedding is to take place in December. Miss Hobart's velvet dress of grape wine red made an effective background in the picture above for her big Persian cat, George, but the latter did not appear to appreciate the artistic features of posing with his mistress.
Copyright
Copyright Protected

Merida Hobart and Catherine A. Sanders on the Palmer Field tennis courts, June 1937 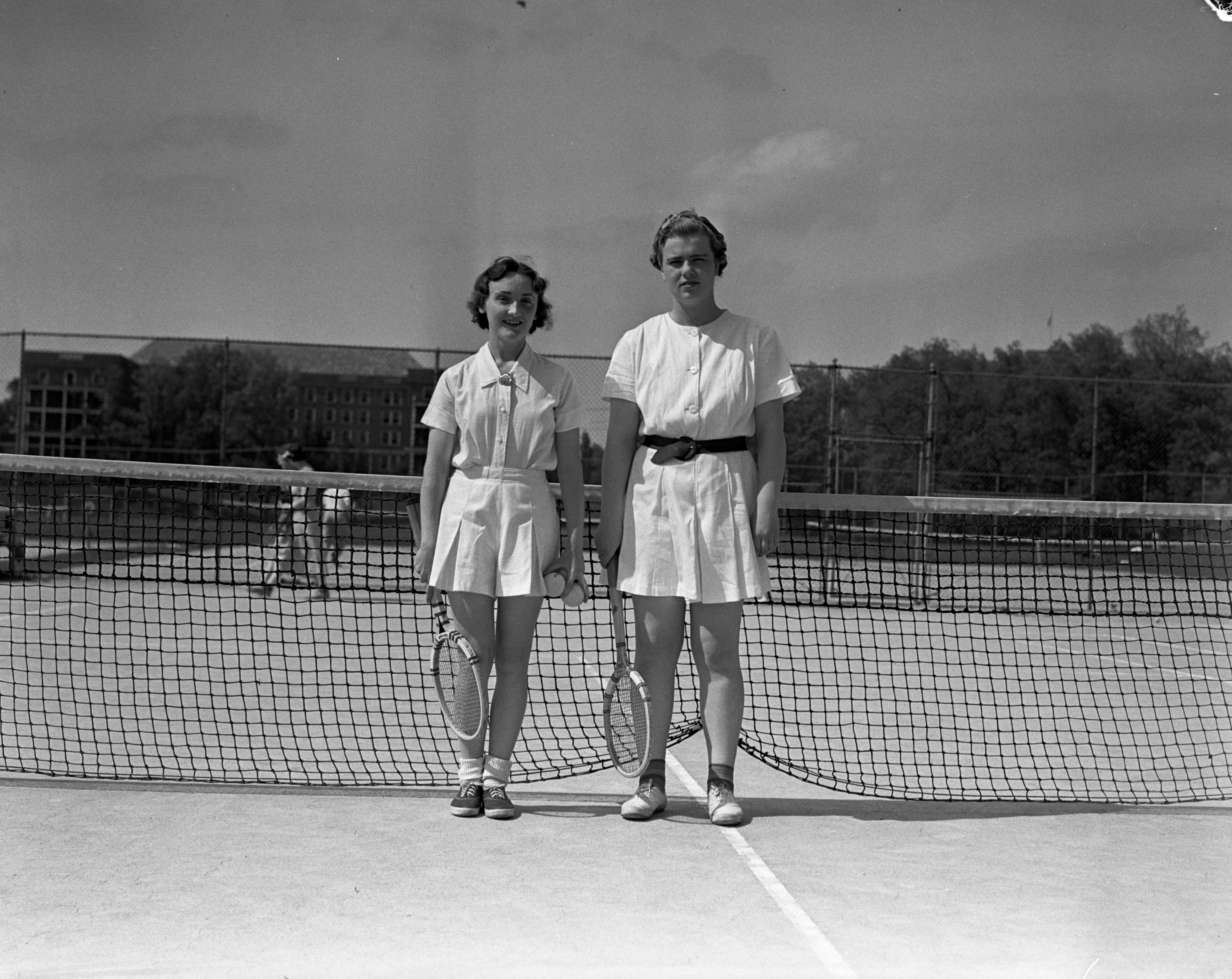 Published In
Ann Arbor News, June 3, 1937
Caption
STAR ON COURTS: Miss Merida Hobart, left, added the University of Michigan women's tennis title to her list of championships recenly when she defeated Miss Catherine A. Sanders, right, in the finals of the annual tournament held at the Palmer Field courts. Miss Hobart is also women's city champion. Miss Sanders defeated a number of strong opponents on her way to the campus finals and made a fine showing against Miss Hobart before losing 6-2; 6-2.
Copyright
Copyright Protected
Subscribe to Merida Hobart