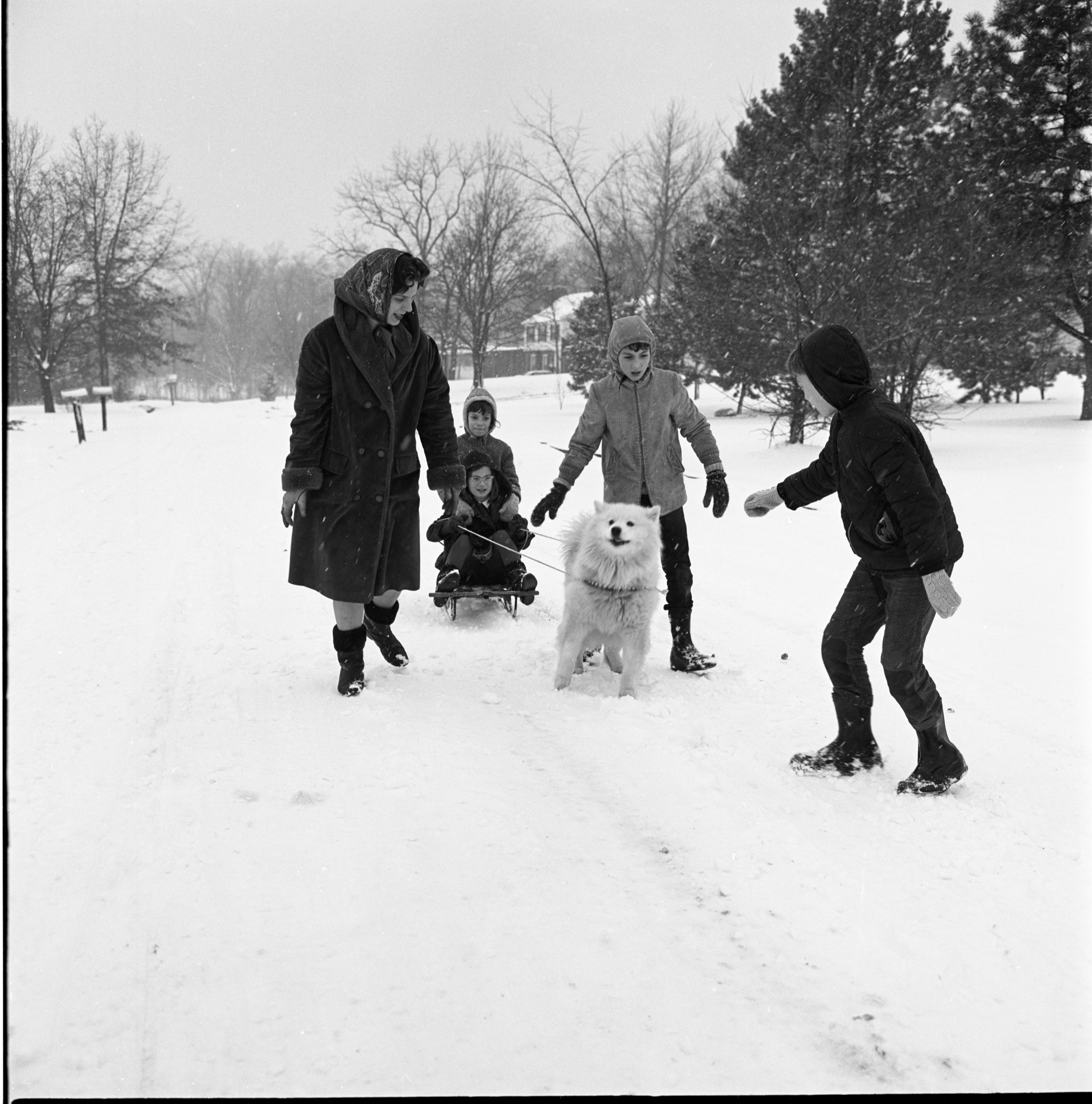 Published In
Ann Arbor News, April 2, 1965
Caption
If no one else appreciated yesterday's freakish heavy snowfall the family of Dr. and Mrs. Thomas De Kornfeld, 2581 Hawthorne, seemed to. It provided perfect workout weather for their pet Samoyed, harnessed husky-style to pull Anne (in front) and Christine on a sled. Looking on are Mrs. De Kornfeld, Tommy (behind the dog) and Jim (right). The Weather Bureau measured the snowfall at 2.2 inches.
Copyright
Copyright Protected 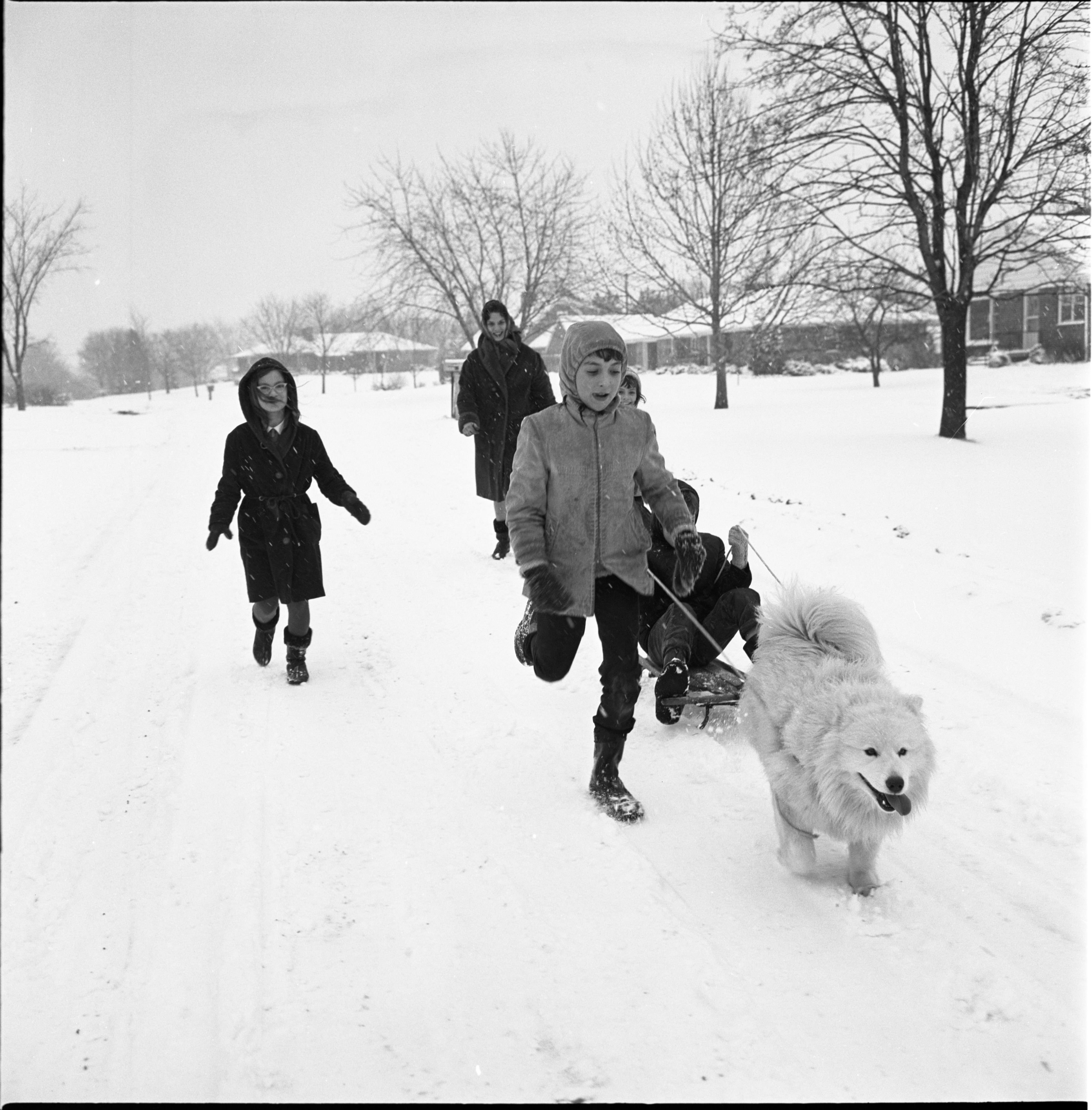 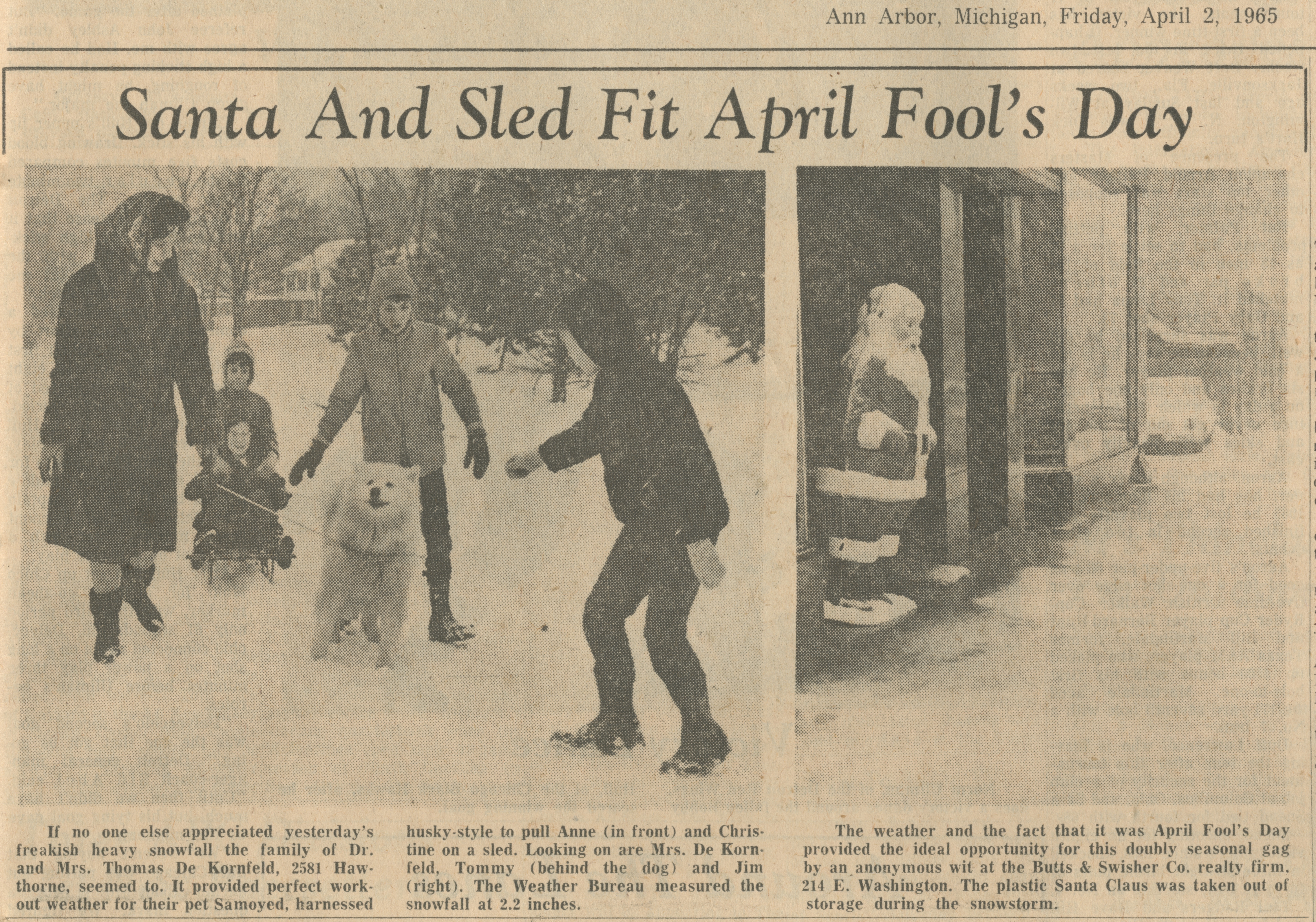 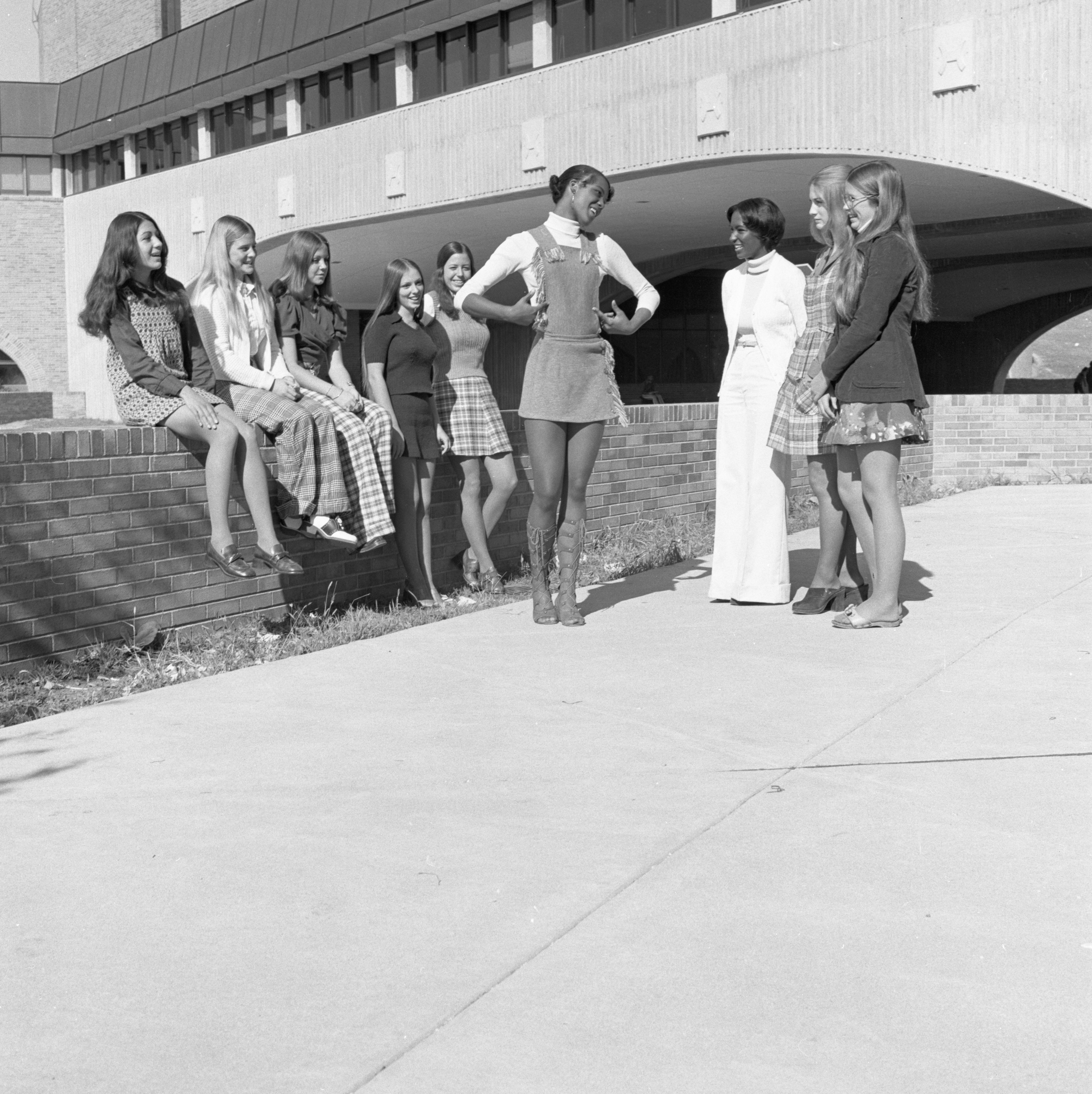 Published In
Ann Arbor News, October 26, 1973
Caption
Sherie Daniels, center, a member of the Huron High School homecoming court, describes the gown she will wear to the Huron homecoming tonight to other members of the court. Other members of the court are (left to right) Laura Gallagher, Kathy Keefer, Renee Shankle, Jenny Adams, Carol Rhodes, Anne DeKornfeld and Diane Stone. The queen will be announced and crowned at half-time ceremonies at the football game which begins at 7:30 p.m. A homecoming parade will begin at 5:30 p.m. at Pioneer High School. A homecoming dance will be held from 10 p.m. to midnight.
Copyright
Copyright Protected

One Will Be Queen At Huron High 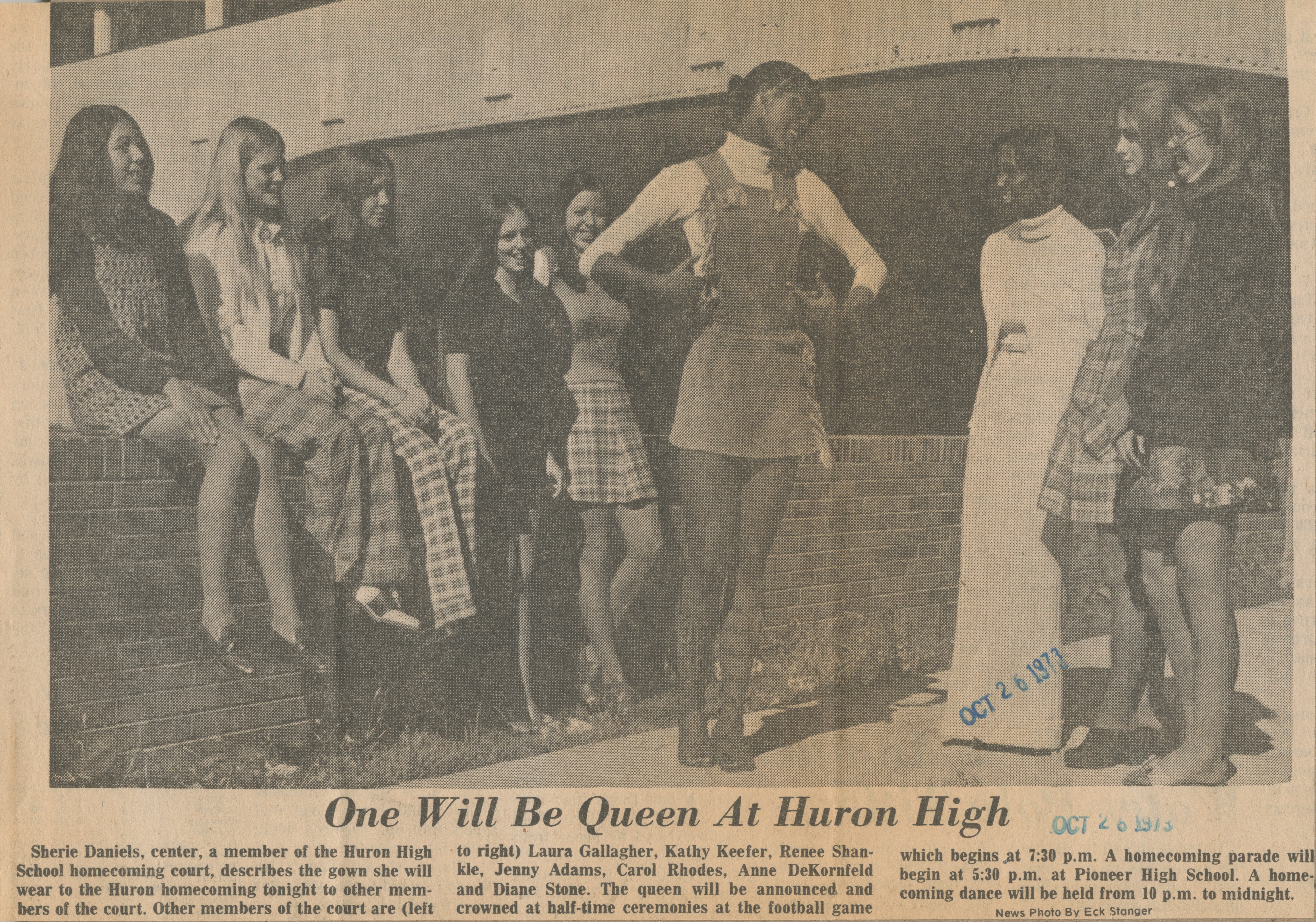