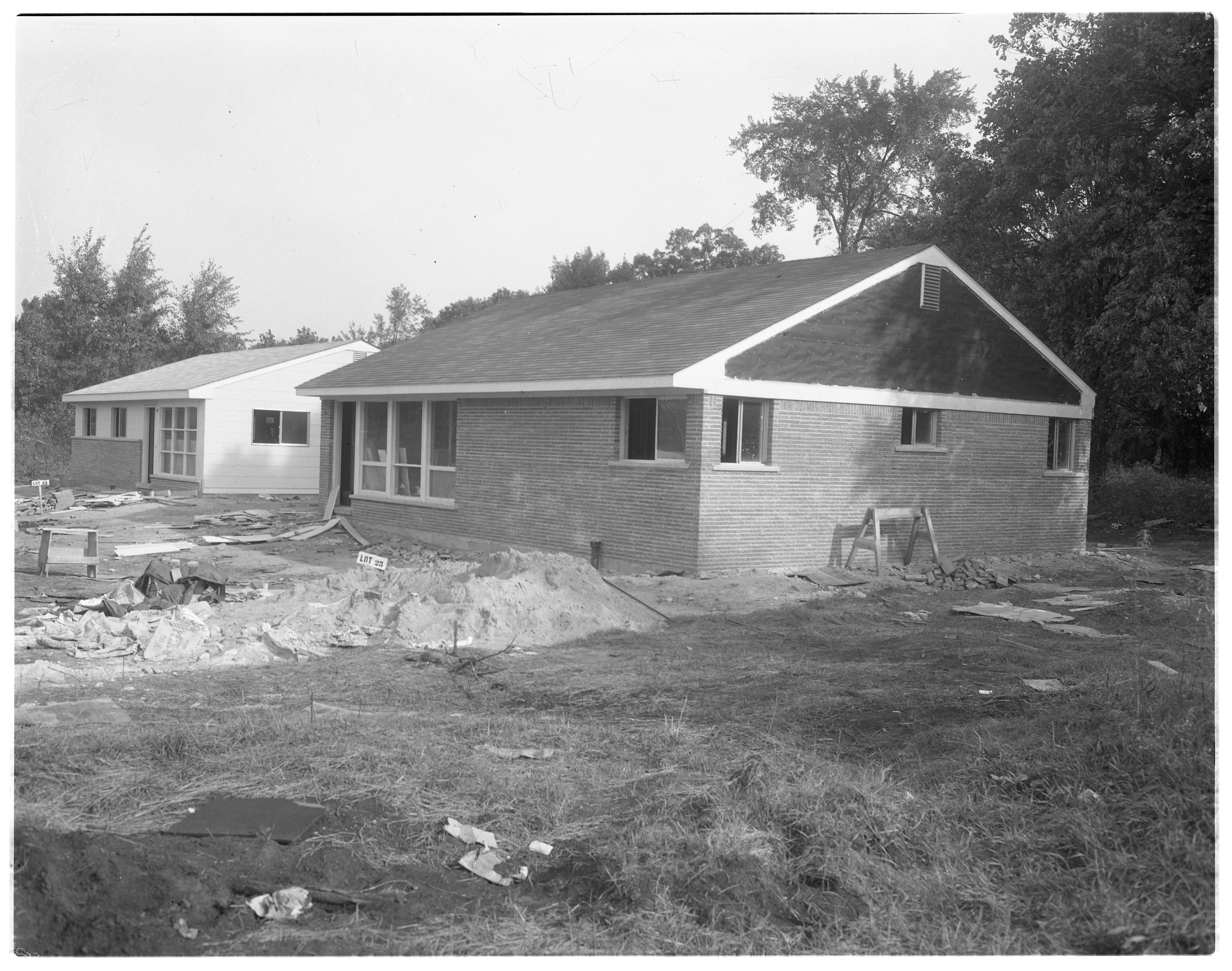 Published In
Ann Arbor News, August 29, 1956
Caption
VILLAGE MODELS READIED: These two model homes, the first visible step in a planned $150,000,000 redevelopment of Willow Village with private housing, are now nearing completion on Blossom St., just east and north of occupied portions of the Village. These houses, to cost in the area of $11,000 for the frame (left) and $12,000 for the brick, are the first of 61 planned in the lower-priced Washtenaw Orchards Subdivision No. 1. Construction of homes there and elsewhere will begin after the sales models have been completed and opened, spokesmen for the Willow Woods Development Co. of Detroit said. Private redevelopment of the wartime "Bomber City" began after Ypsilanti township purchased the village in November, 1954. No completion date has been set, although the existing Village structures are scheduled, by law, to be razed by July 1, 1958.
Copyright
Copyright Protected 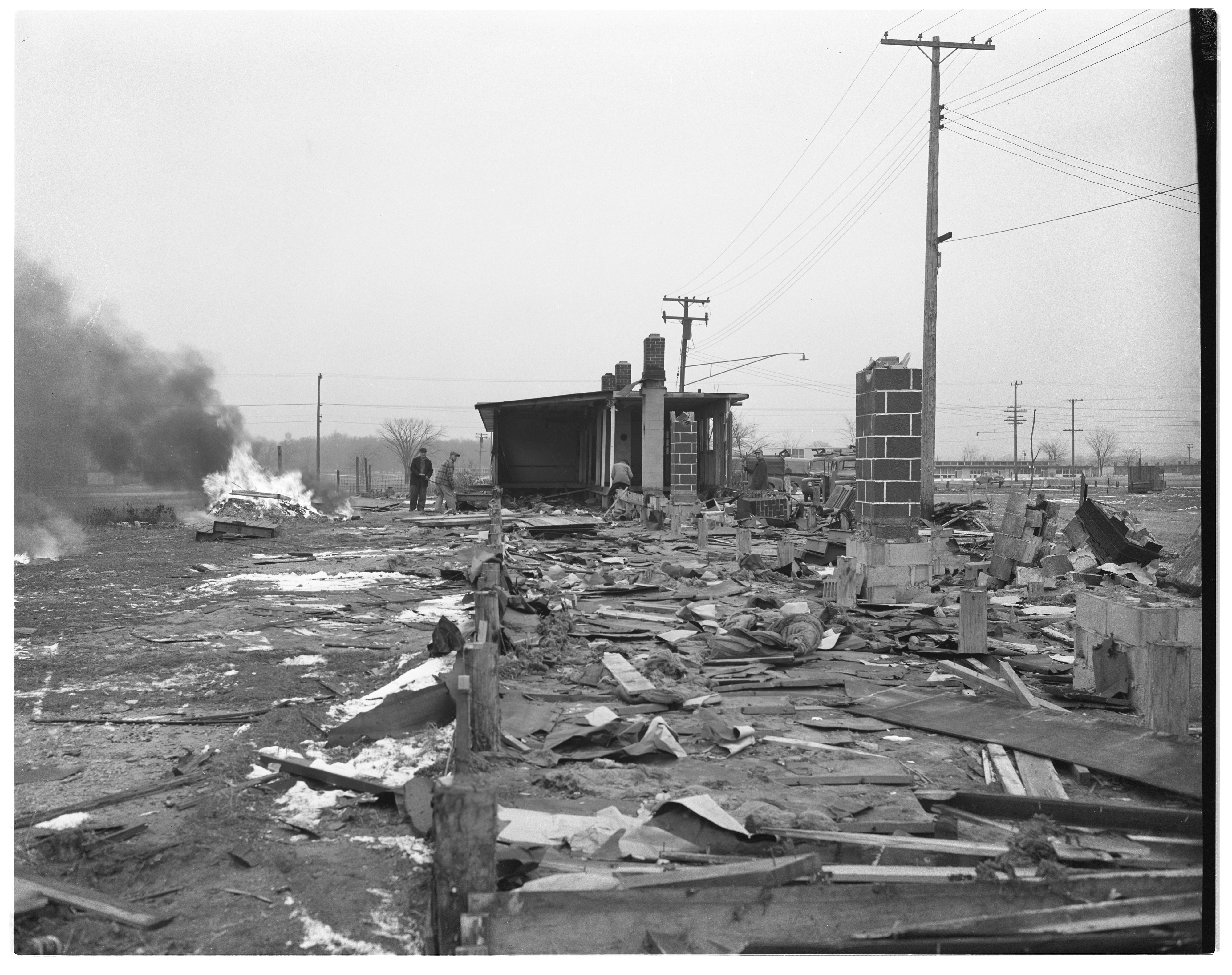 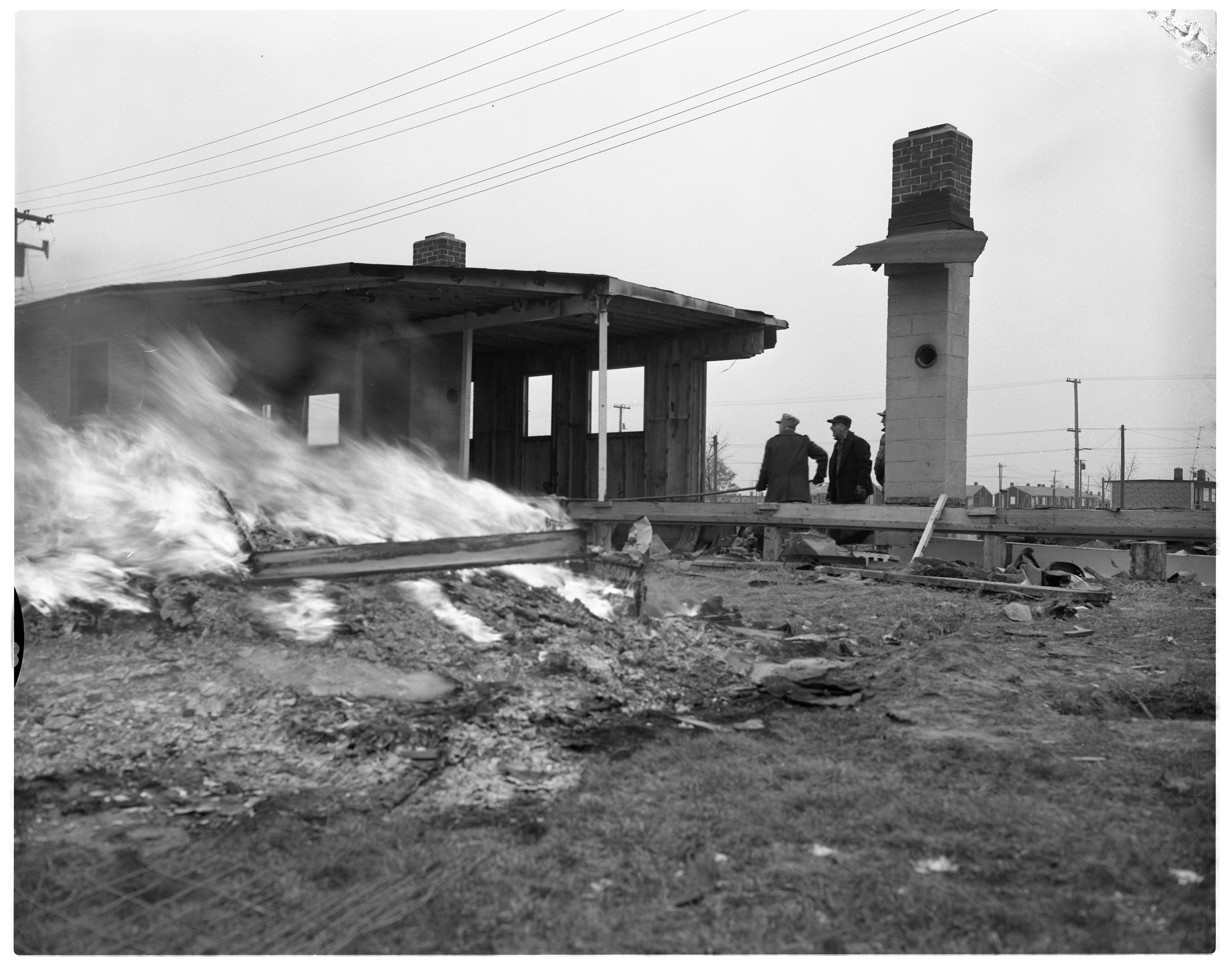 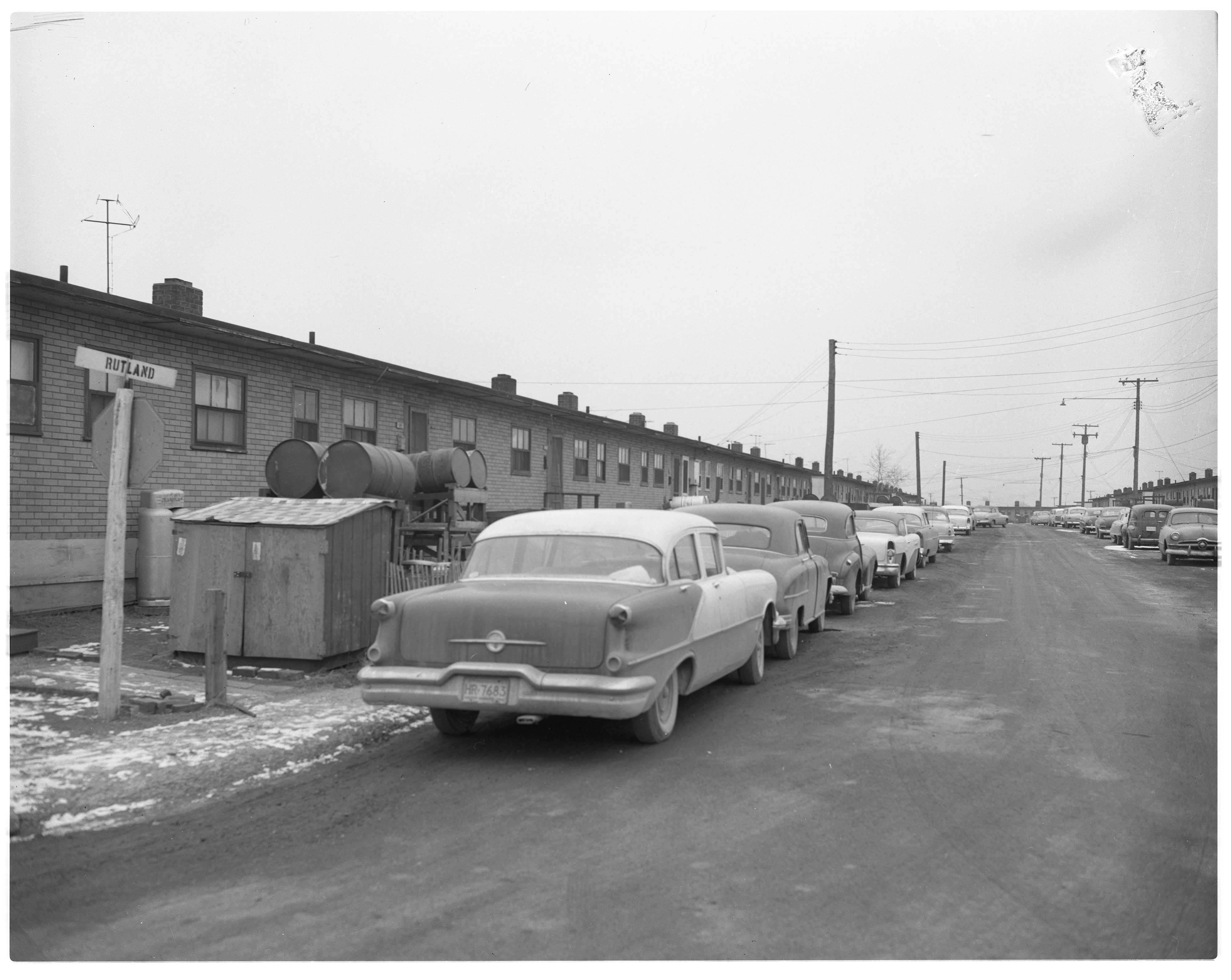 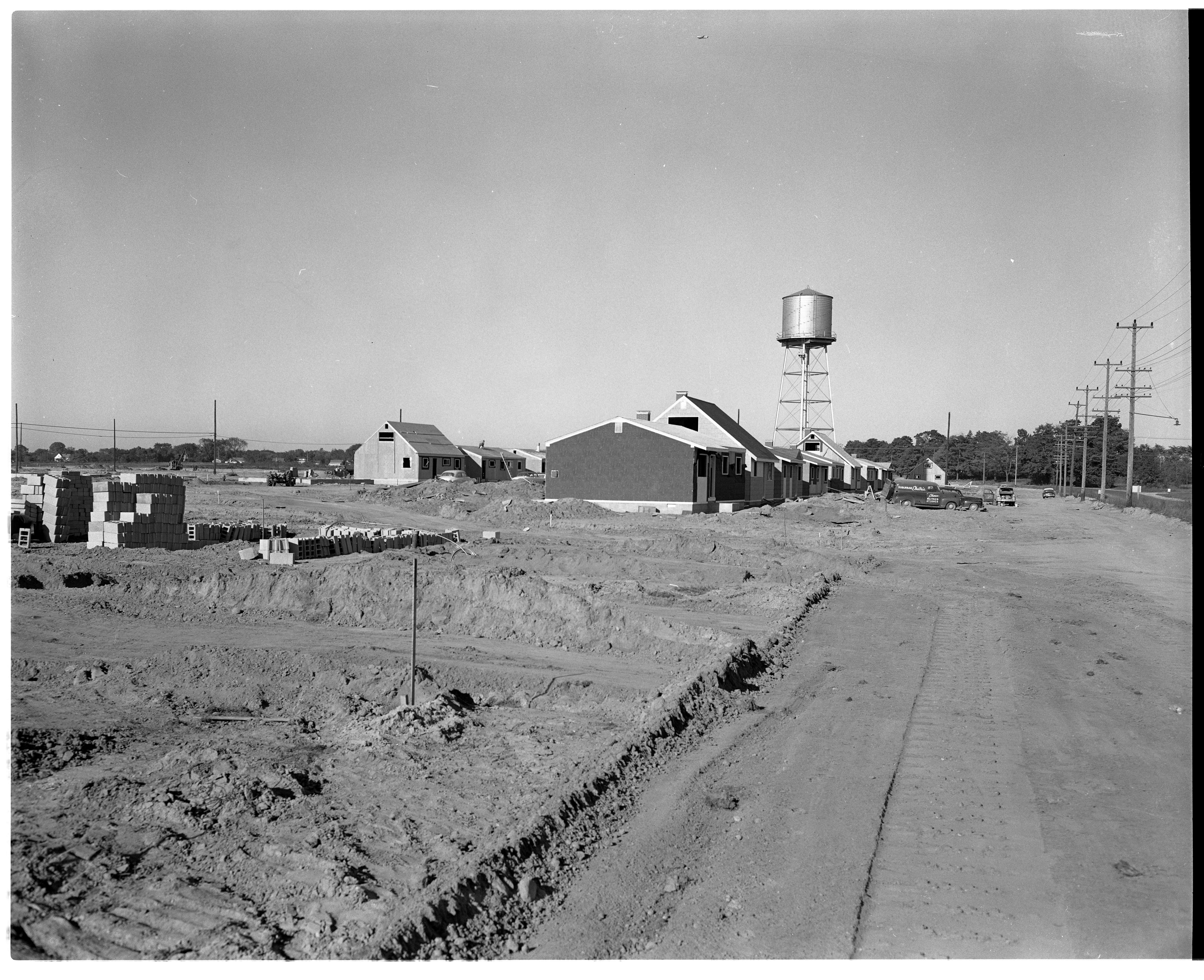 Published In
Ann Arbor News, October 2, 1957
Caption
LOW-COST VILLAGE HOMES: Eleven houses, available under Section 221 of the National Housing Act, are in advanced stages of construction on Clark Rd. in the western section of Willow Village. Other houses in the 373-lot Washtenaw Concourse Subdivisions are also under construction. The homes, intended chiefly for families displaced by the demolition of wartime housing in Willow Village, are being sold for less than $10,000 on 40-year mortgages. More than 80 families have already made deposits on the low-cost homes being built by the Willow Woods Development Co. as part of the redevelopment of the wartime "Bomber City." The first 50 "221" houses are expected to be completed before Jan. 1.
Copyright
Copyright Protected 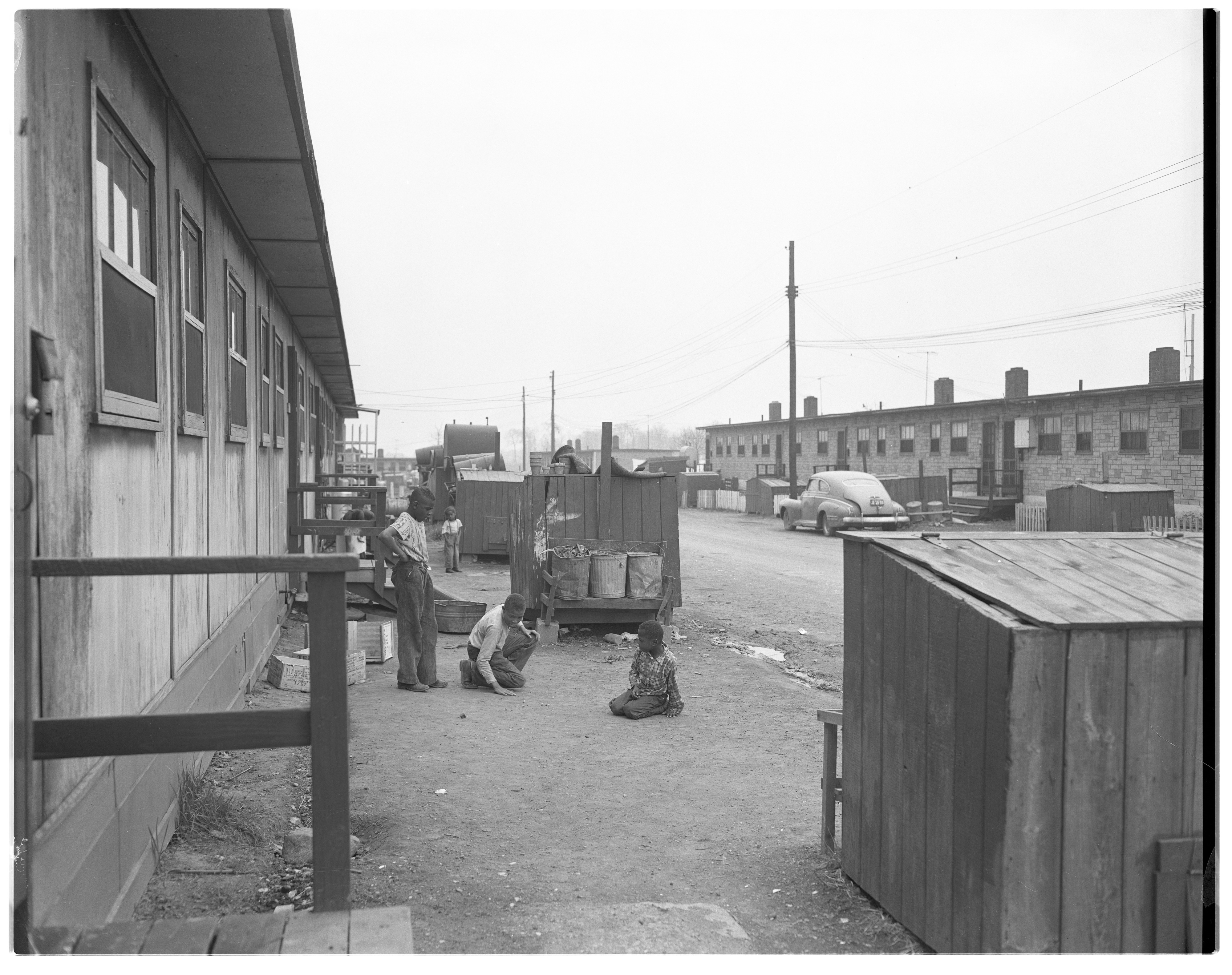 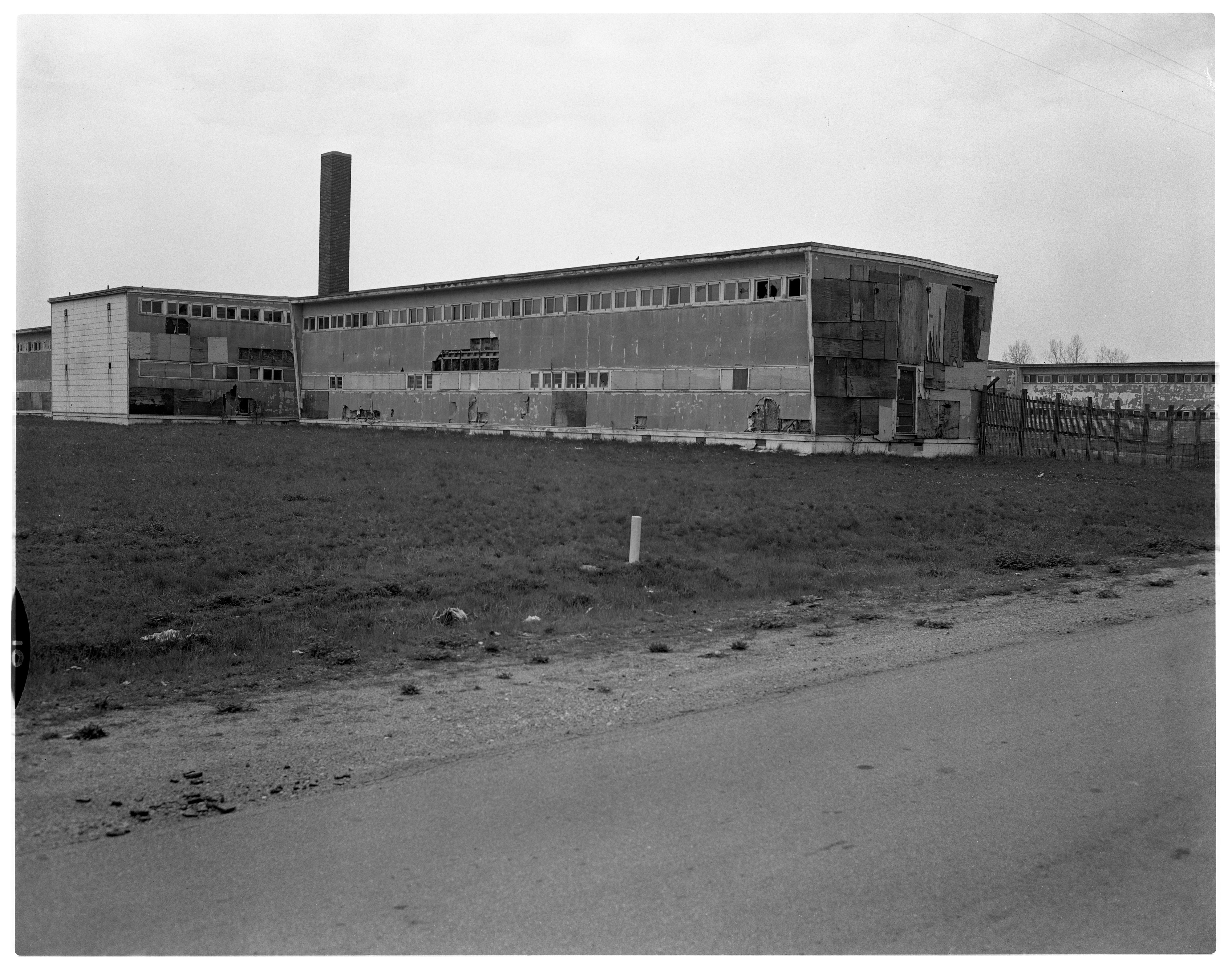 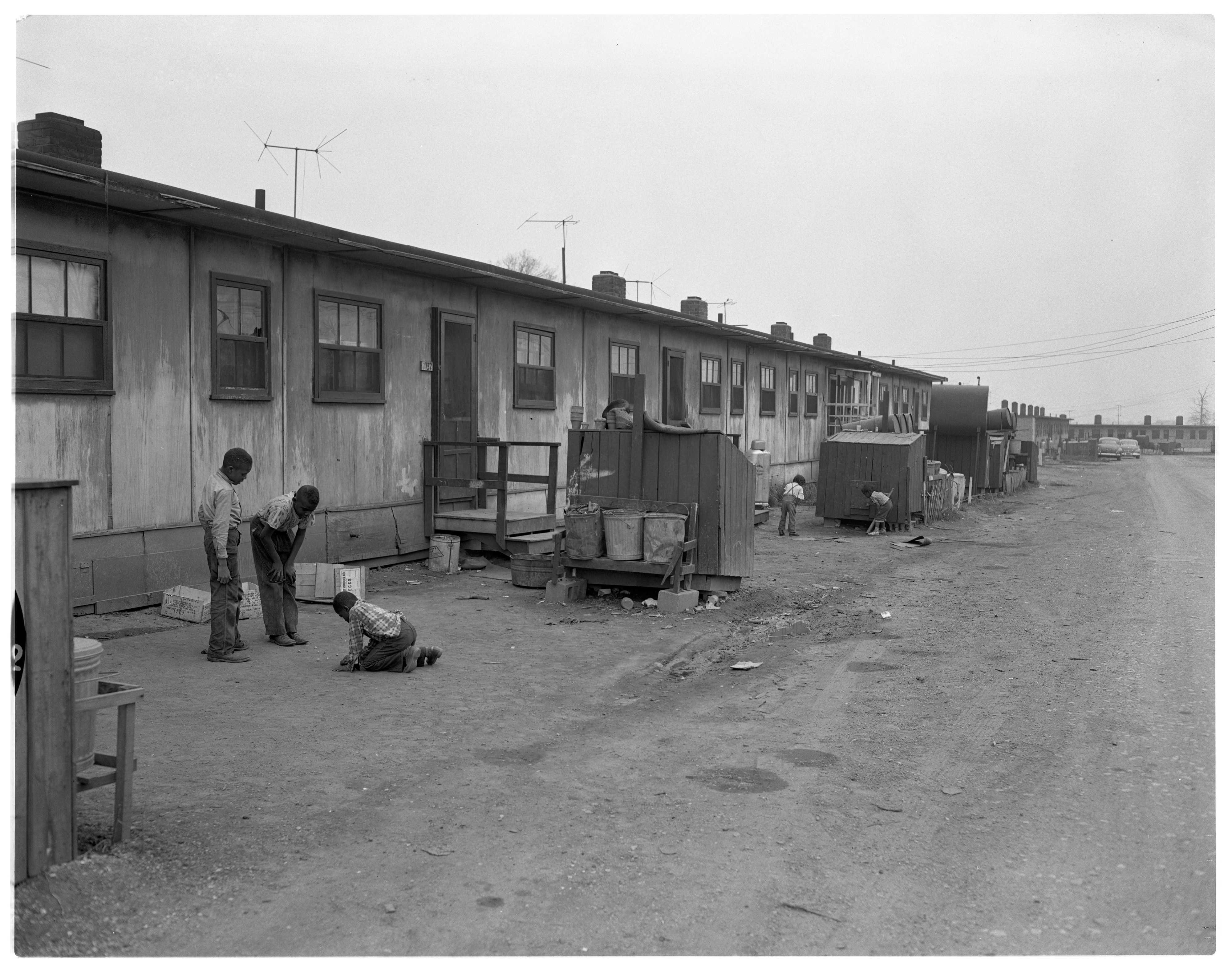 Published In
Ann Arbor News, October 26, 1954
Caption
CLOTHESLINES, BUT NO TREES: The peak-roofed housing units (top), latest to be erected at Willow Village, are generally well-tended and maintained. This view from the backyard of one row of units, looking toward the front porches of another, demonstrates the temporary nature of planning for the development. Note coal boxes and oil tanks near the front porches, the absence of natural foliage and the "community clothesline" in the backyard. Below is a view of older, flat-roofed apartment units in the so-called Clay Hill section of the Village. It emphasizes that the units were designed for temporary use and would deteriorate without constant maintenance.
Copyright
Copyright Protected