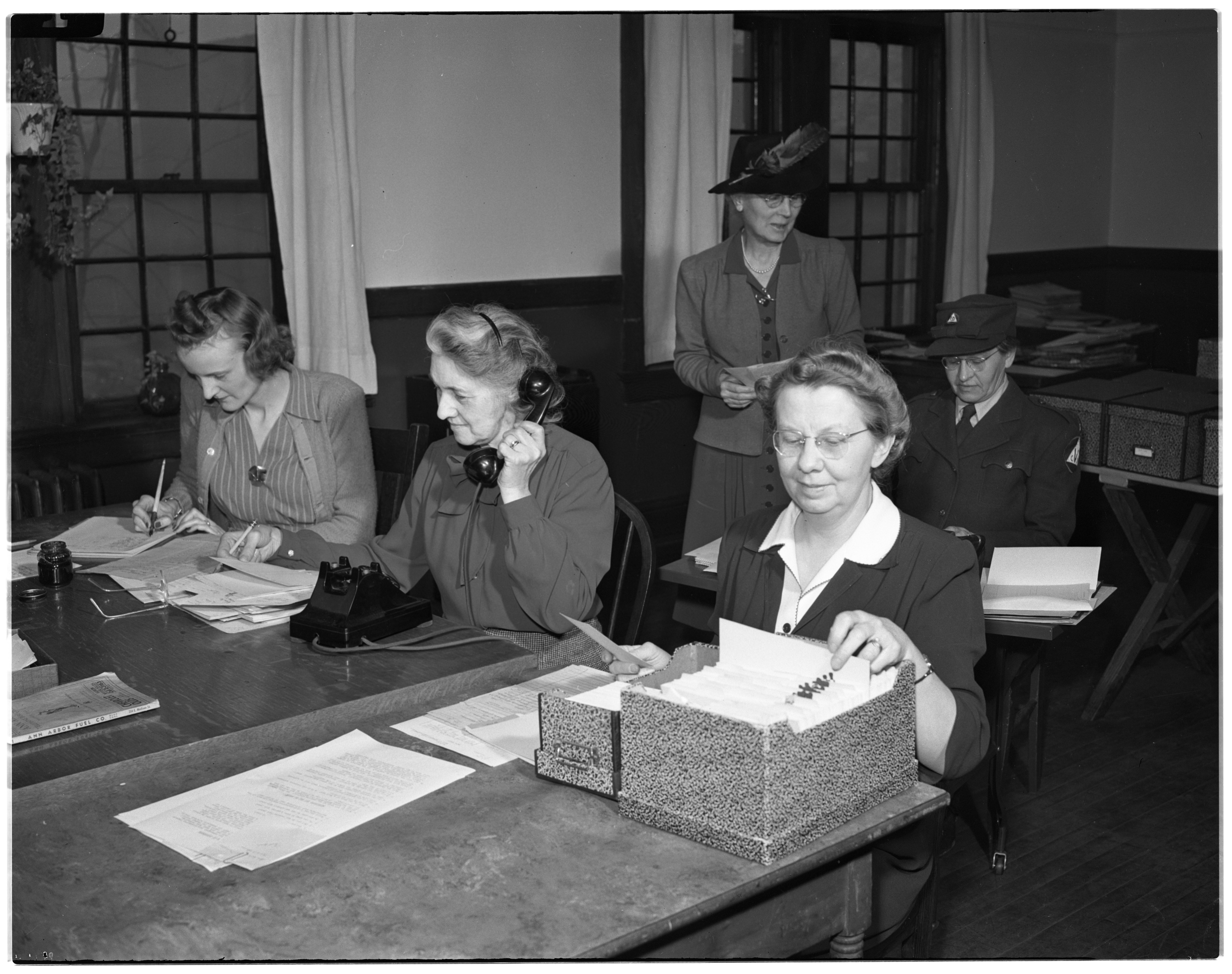 Published In
Ann Arbor News, April 3, 1944
Caption
WOMEN WORKERS RECEIVE AWARDS: The five women pictured here have been recognized by the OPA for contributing from 500-2,000 hours of volunteer work each in the volunteer office of Civilian Defense. Mrs. Camillo Petri (left) is staff assistant at CDVO and has given more than 500 hours of service. Mrs. Clifford Woody, center, has served continuously in the volunteer office for two years and has contributed more than 1,000 hours. She has had charge of the speakers bureau for the volunteer office and is now a regular staff assistant. Mrs. Francis A. Anderson (right) was at Pearl Harbor on Dec 7, 1941, and worked there for the Red Cross in all branches wherever needed. She came to Ann Arbor in October 1942, and helped organize the neighborhood war clubs and is now a sector director. In addition, she spends one day a week in the volunteer office. Mrs. Evelyn Thieme, standing in the rear, is in charge of classification, and working with Miss Nora Hunt and Mrs. James Foster, has kept records and supplied names for the honor roll in front of the court hours. Mrs. Robert Granville, seated at the rear, is chairman of the Civilian Defense Child Care committee and has done more than 1,000 hours of volunteer work.
Copyright
Copyright Protected
Subscribe to Barbara G. Petri