Illness Is Fatal To Mrs. Seeley 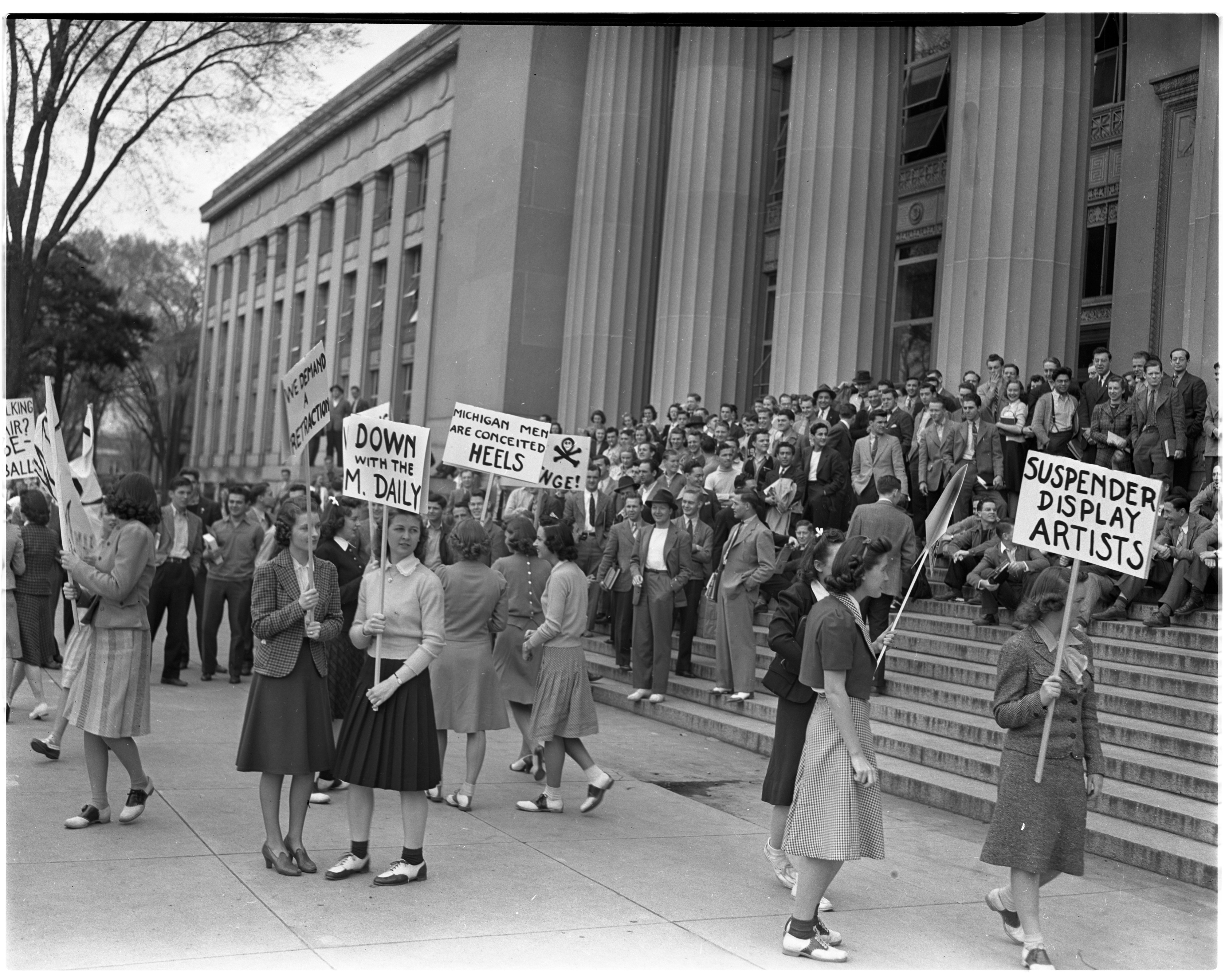 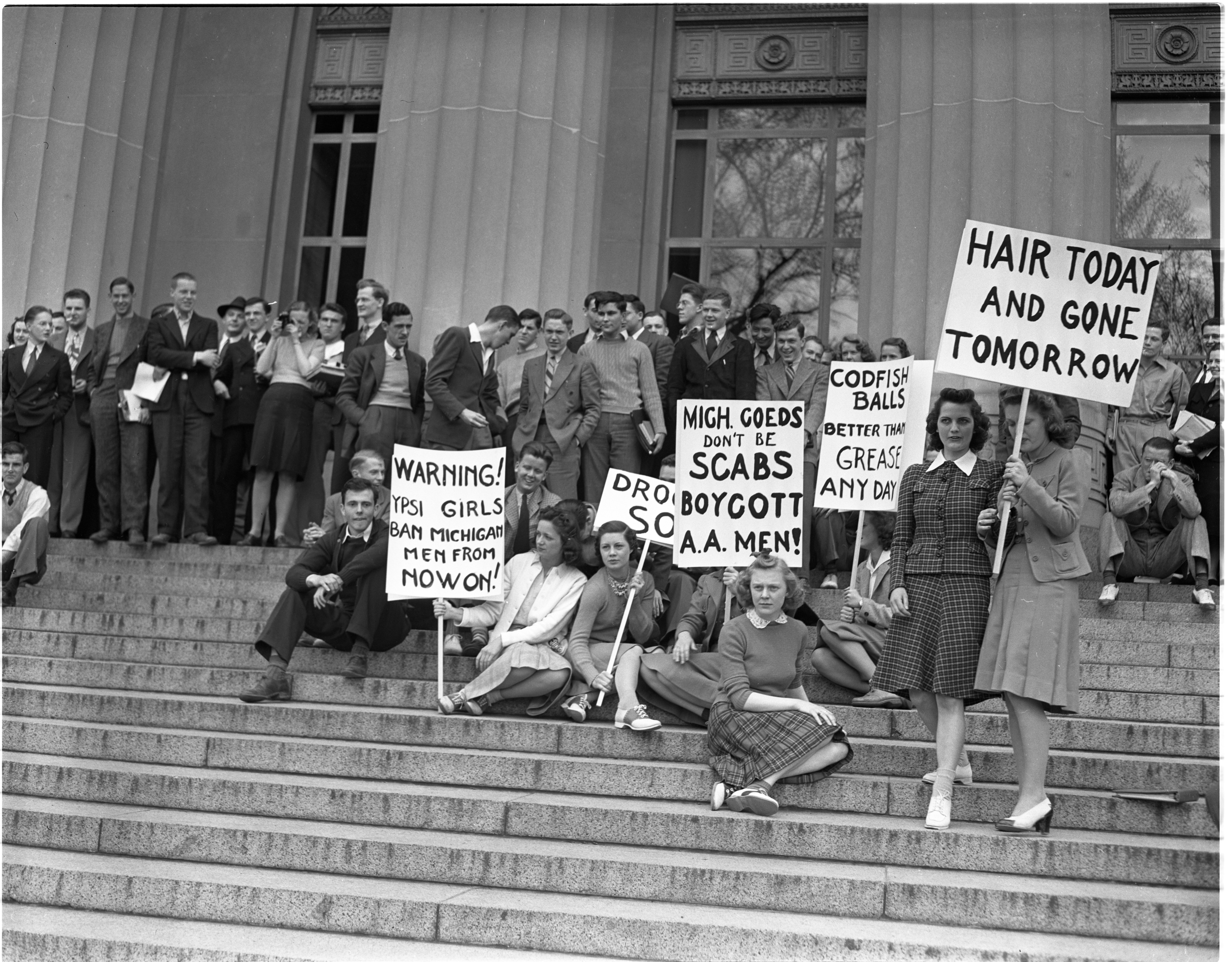 Published In
Ann Arbor News, May 11, 1940
Caption
'SITDOWN STRIKE': These Ypsilanti coeds are part of the group of 20 which swept into Ann Arbor yesterday afternoon to picket Michigan men students. Their invasion was found out today to have been part of a commercial stunt.
Copyright
Copyright Protected 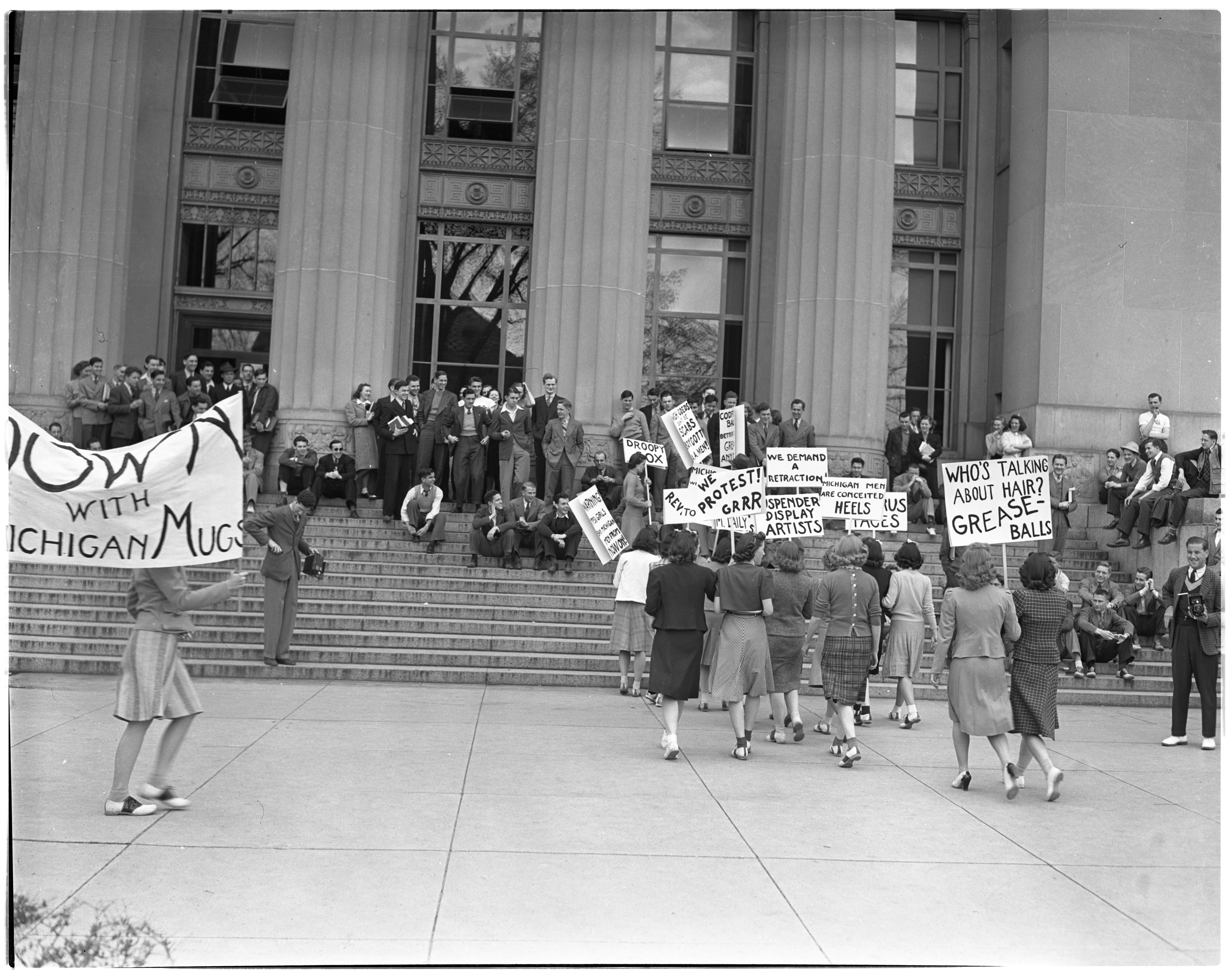 Published In
Ann Arbor News, February 11, 1973
Caption
From Our Pictorial Archives, Ann Arbor 1940: "Oh, Ypsi girls are very fine girls, With codfish balls they comb their curls." Those lines from the song, "Michigan Men," were never meant to "turn on" coeds from Michigan State Normal College in Ypsilanti (now Eastern Michigan University), but it was not the song but an article in the Michigan Daily, U-M student newspaper, that aroused the ire of these Ypsilanti coeds back in May 1940. They came in a busload to picket U-M men in front of Angell Hall. Their protest signs were a forerunner of the demonstrations in the '60s. Many of the girls were wearing ankle socks, and some had the seamed silk stockings that preceded nylon--they didn't come onto the scene until later. A year or two later many of these young men would be in uniform.
Copyright
Copyright Protected 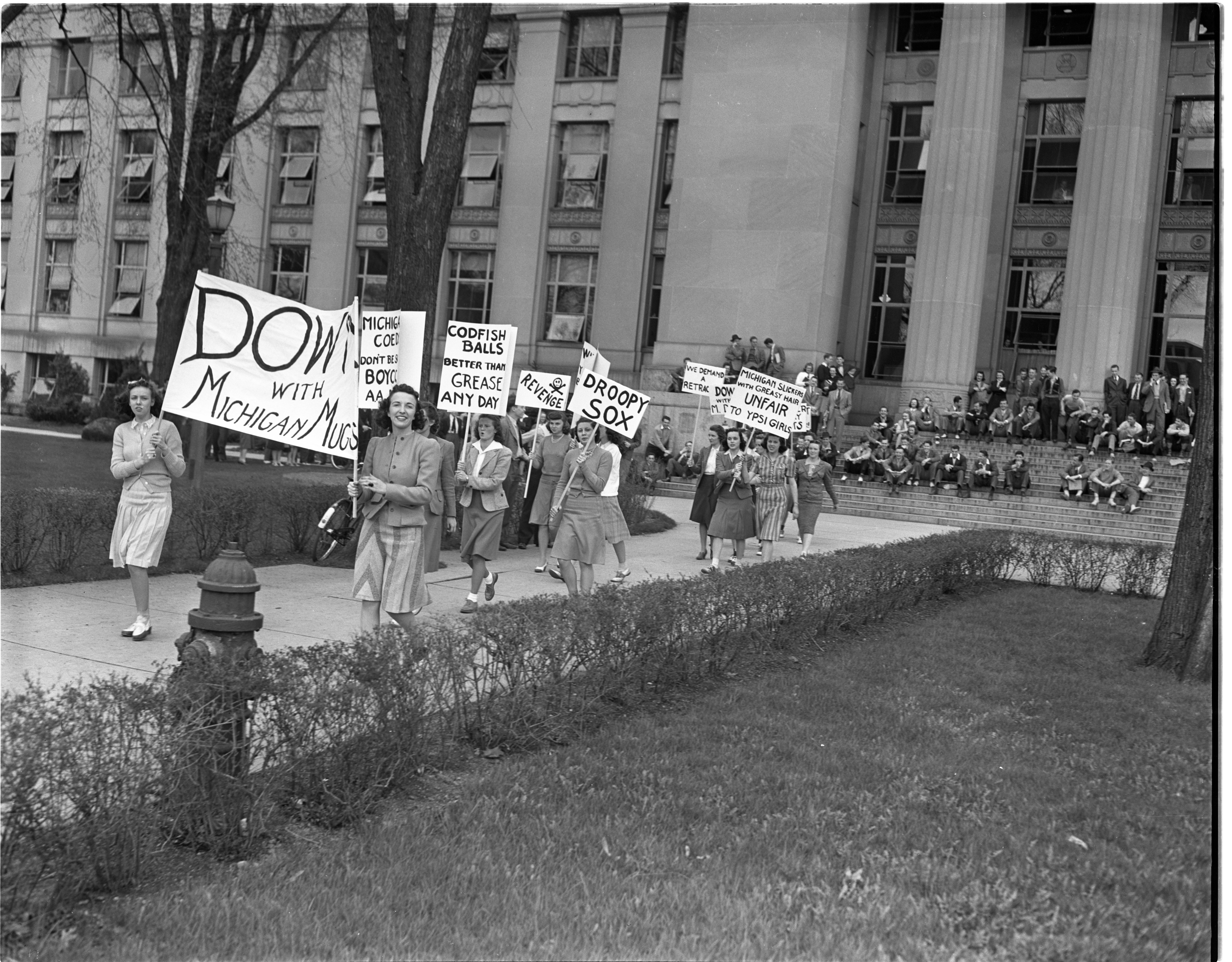 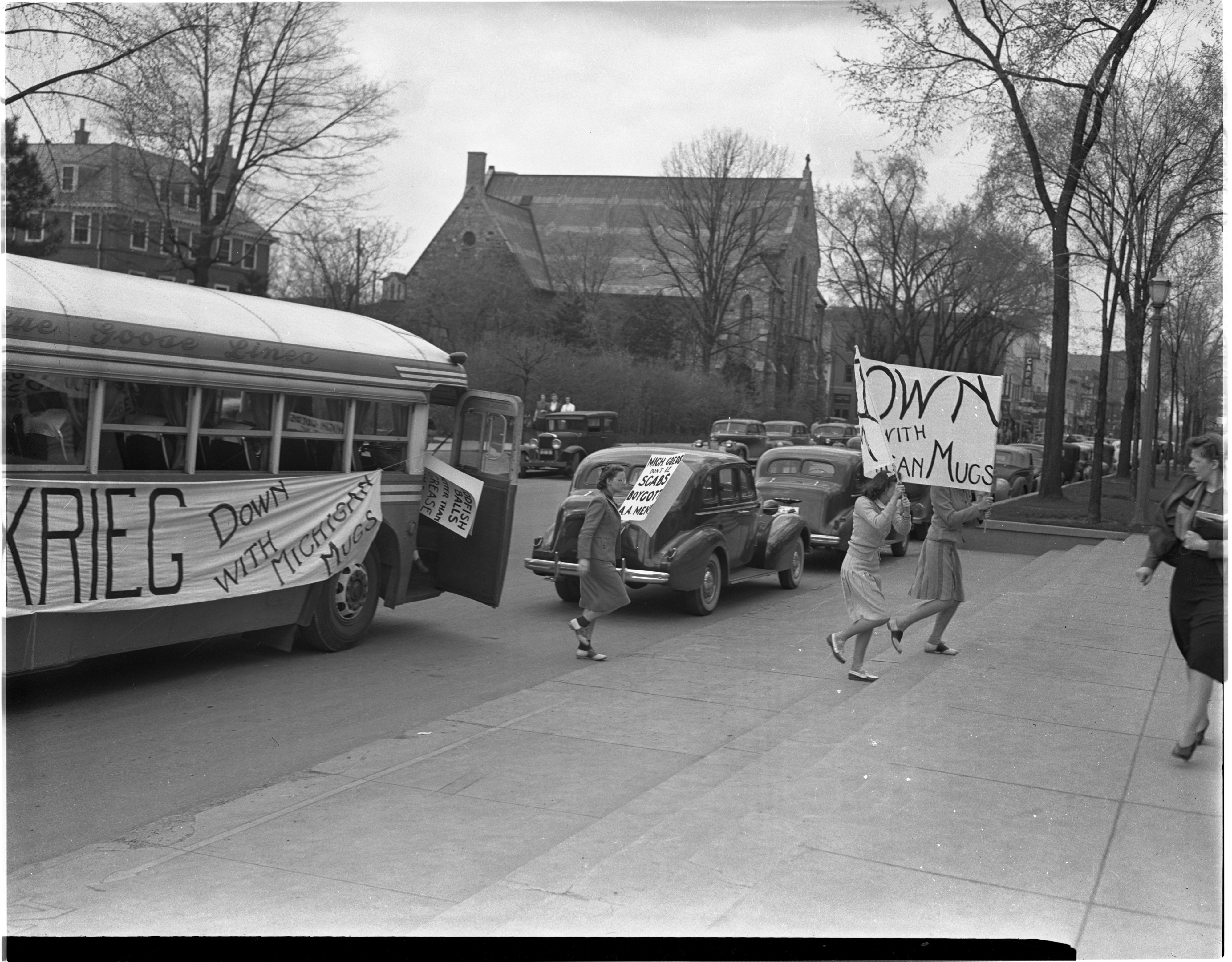 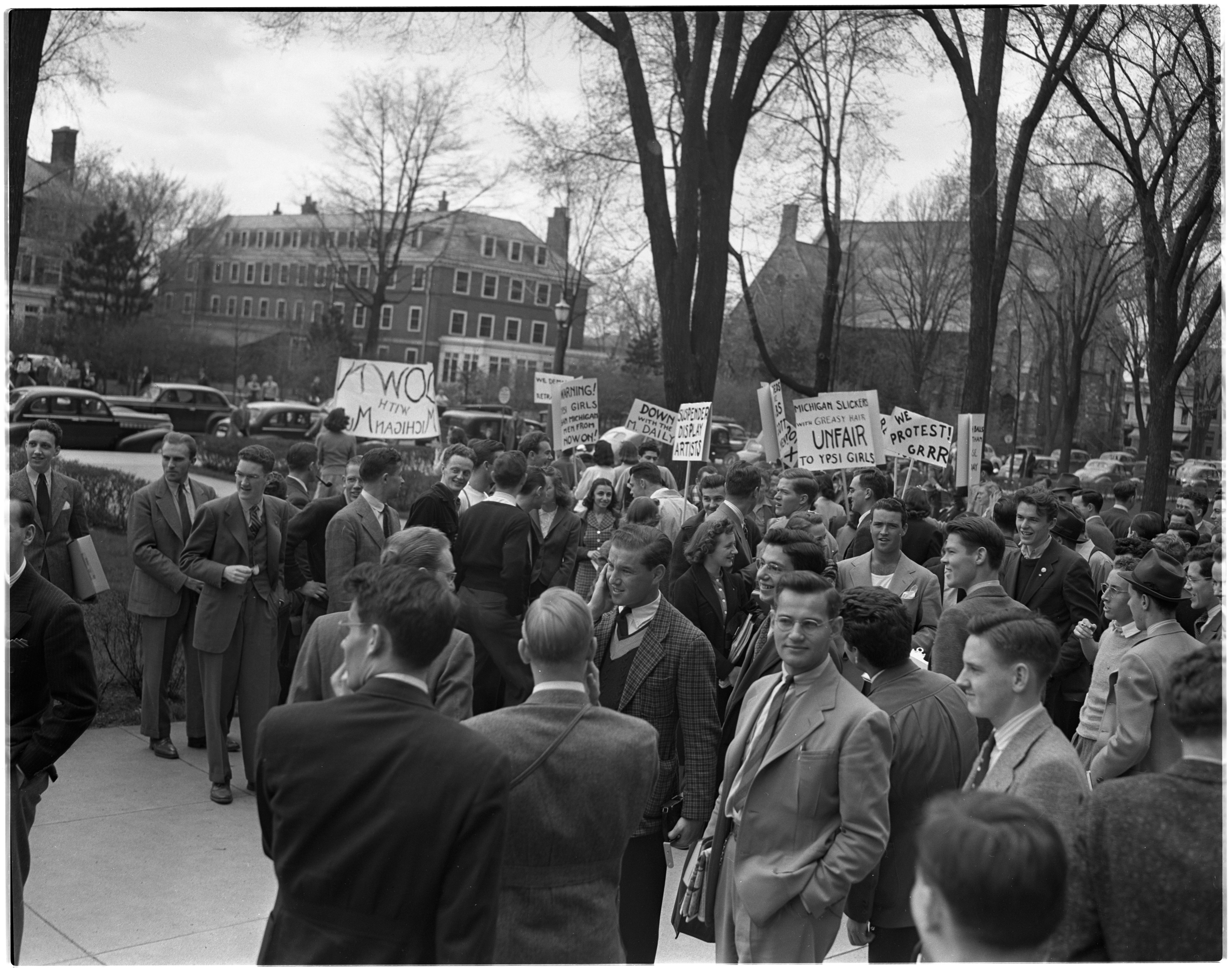