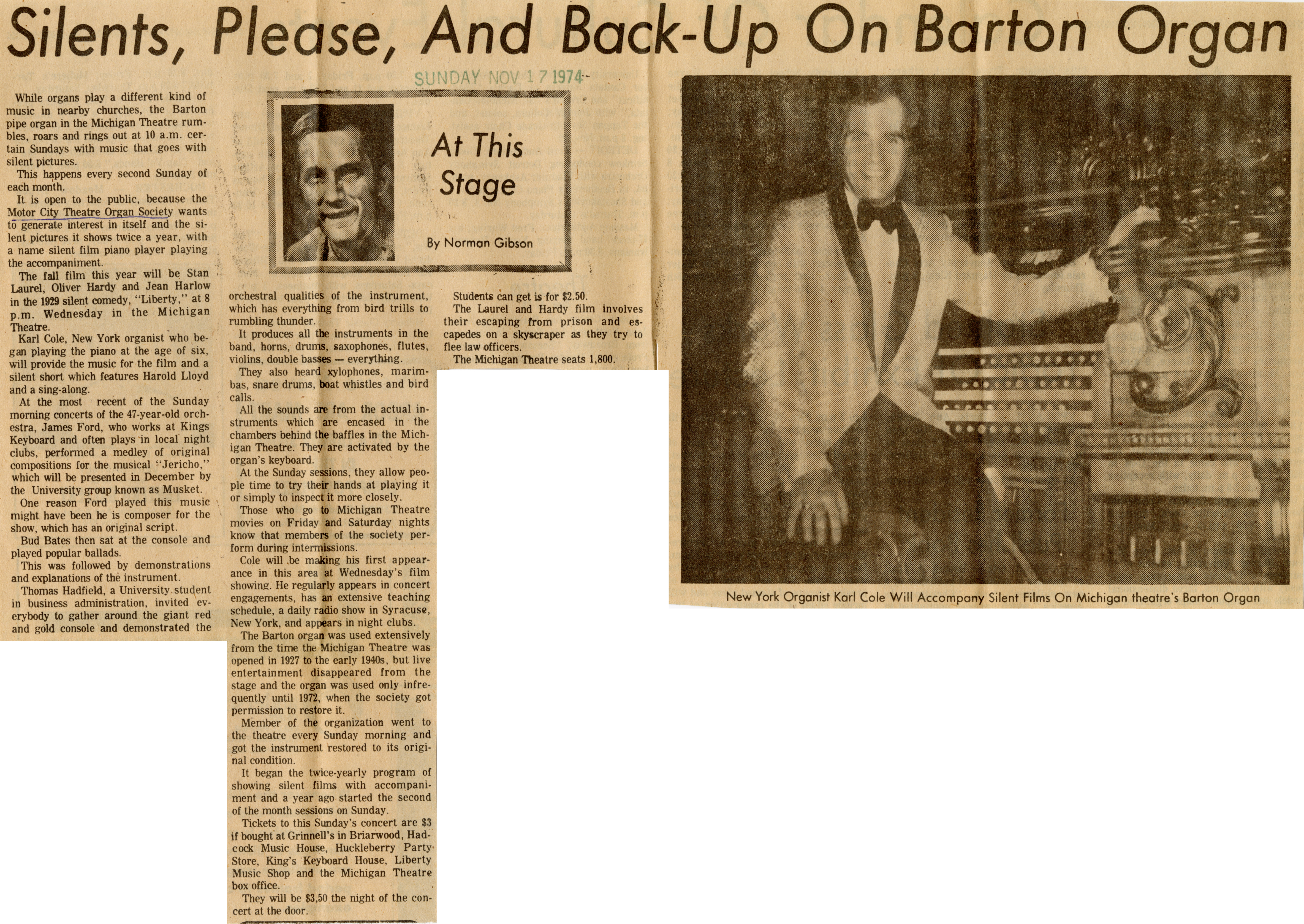 You, Too, Can Prowl Organ Chamber 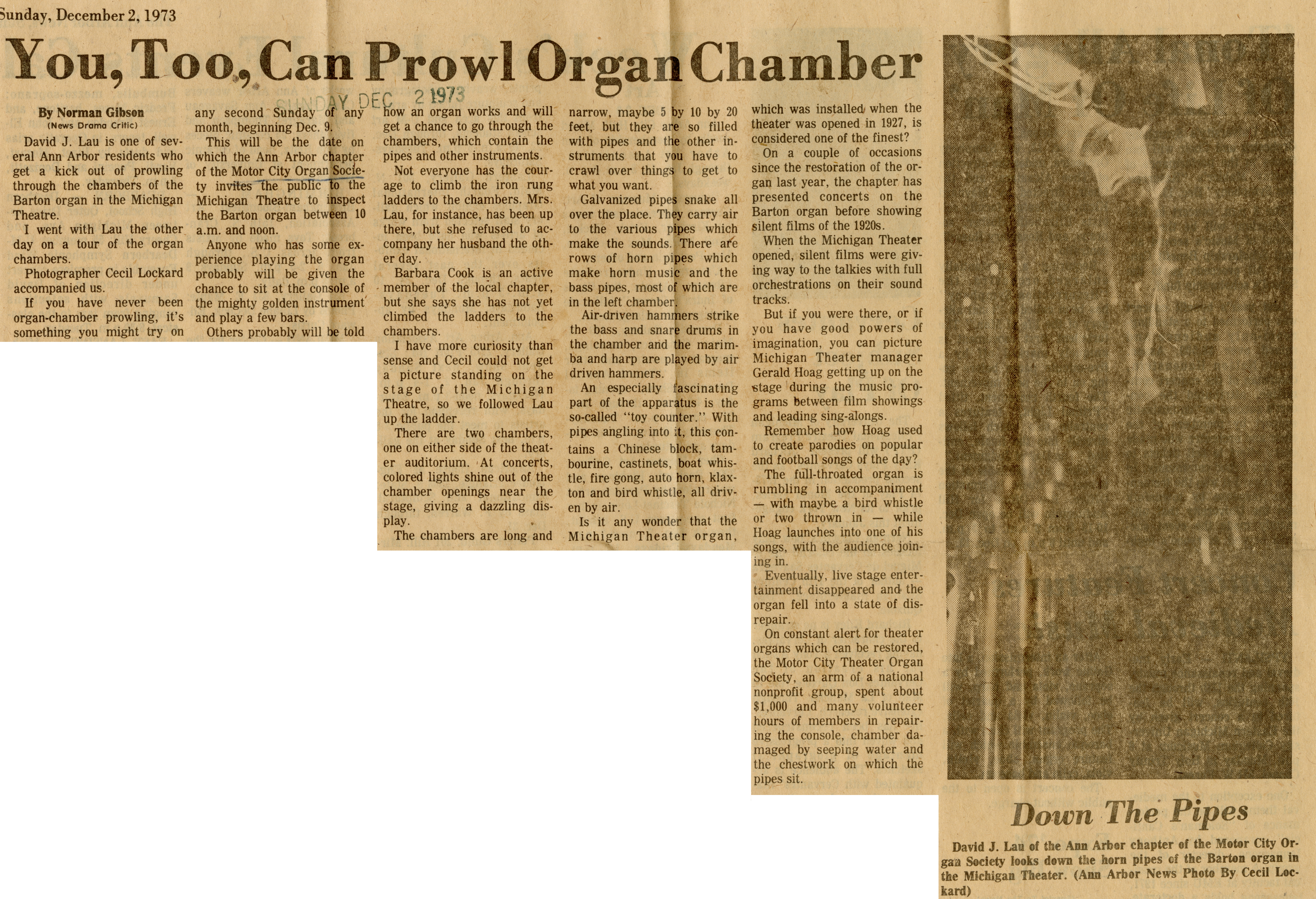 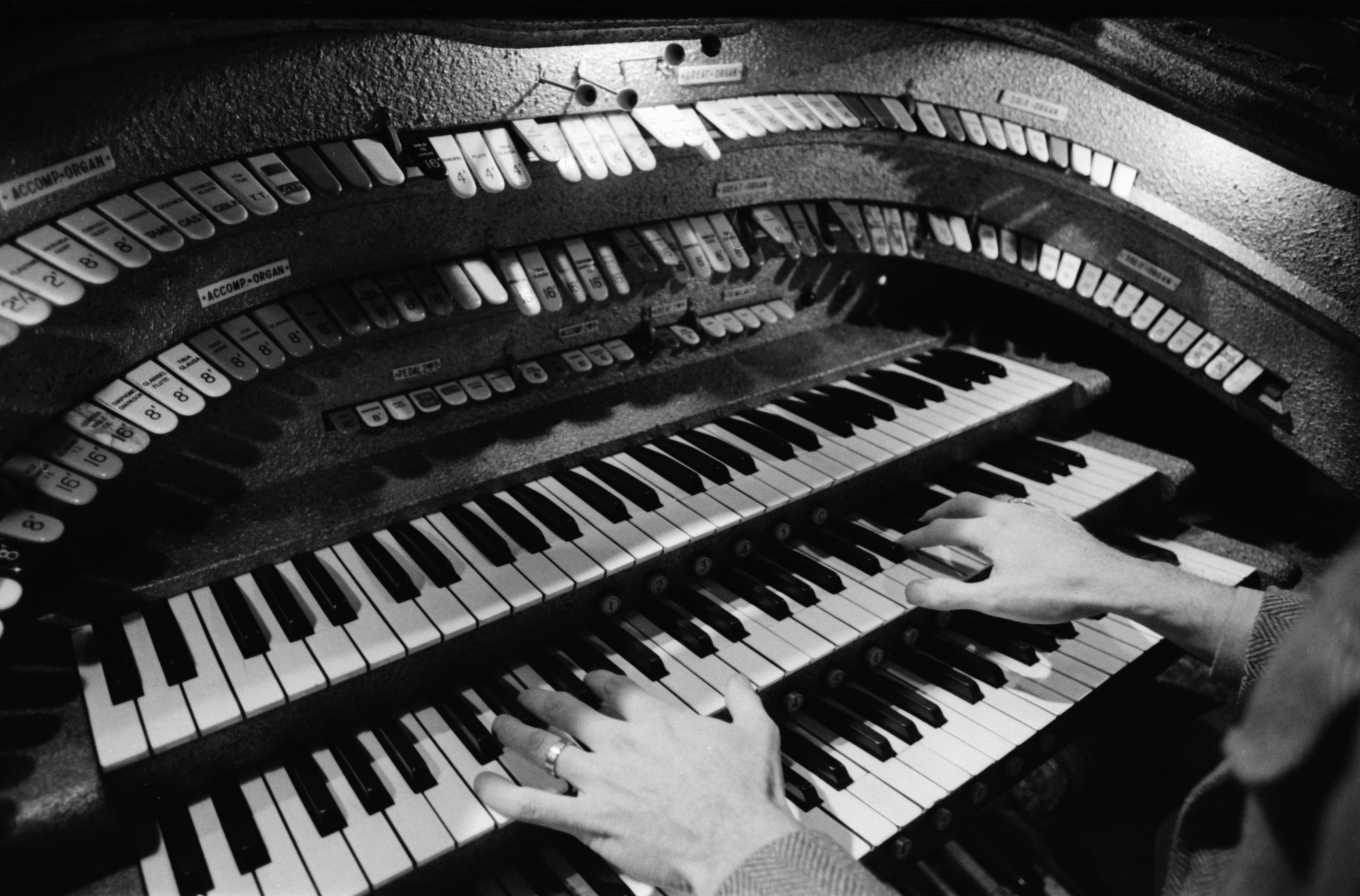 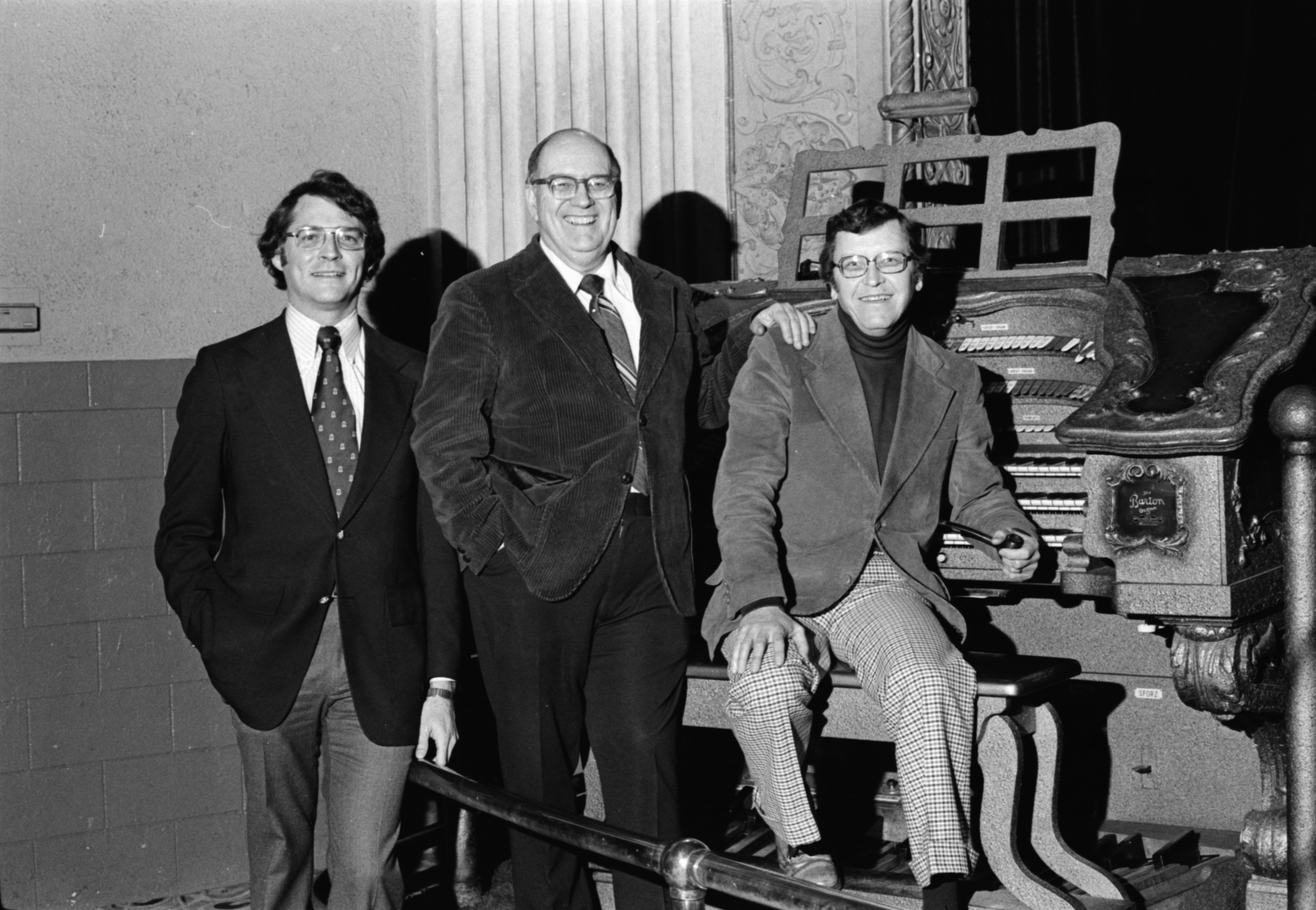 Published In
Ann Arbor News, February 11, 1979
Caption
Over a half-century old, the mighty Barton pipe organ in the Michigan Theatre is one of only two such instruments played regularly in the U.S. Not [sic] its future is uncertain and that saddens the likes of Hanry [sic] Aldridge, Below left, Rupert Otto, center, and Newton Bates who have lovingly played at its console since they helped restore it in 1971.
Copyright
Copyright Protected 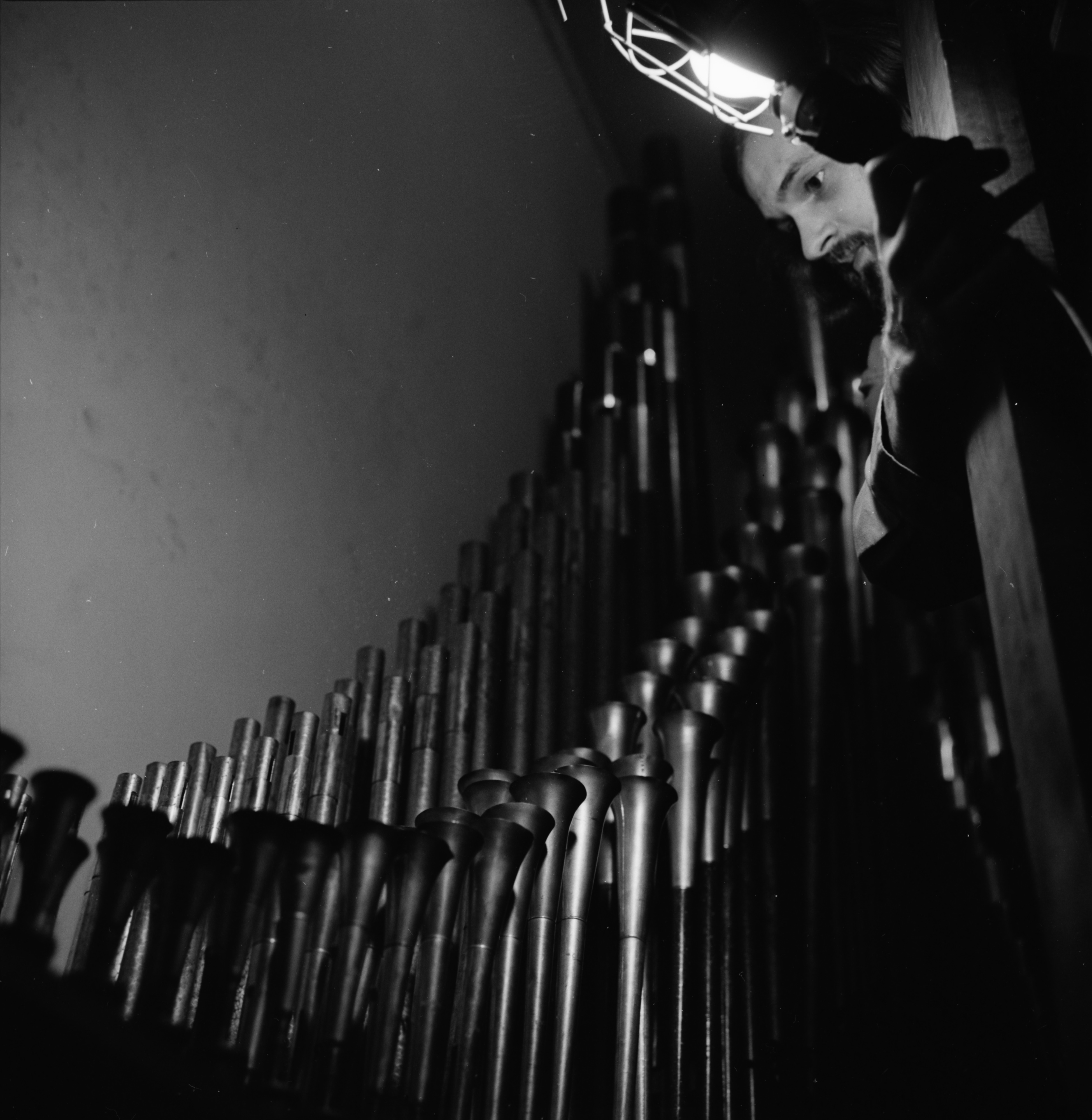 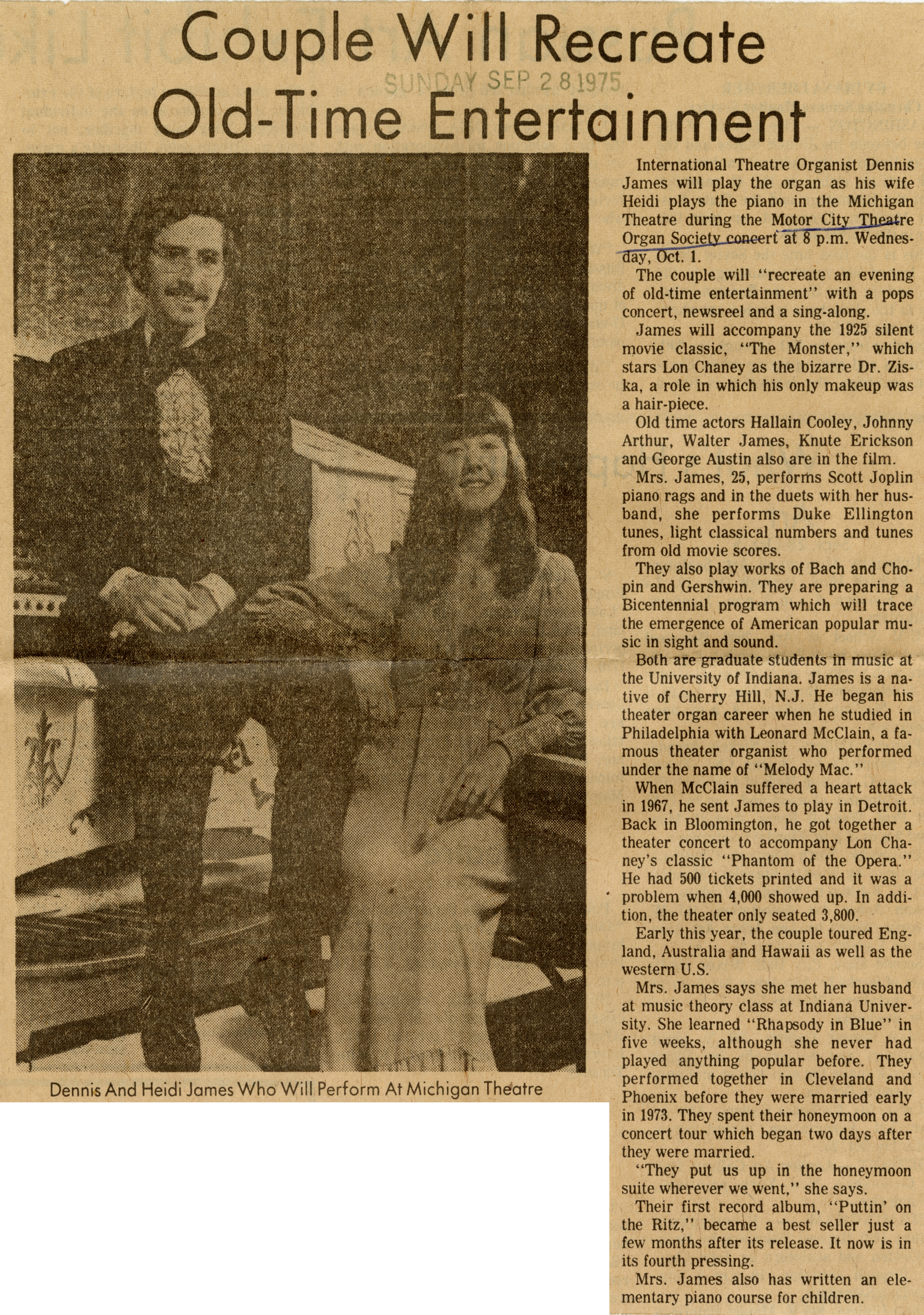 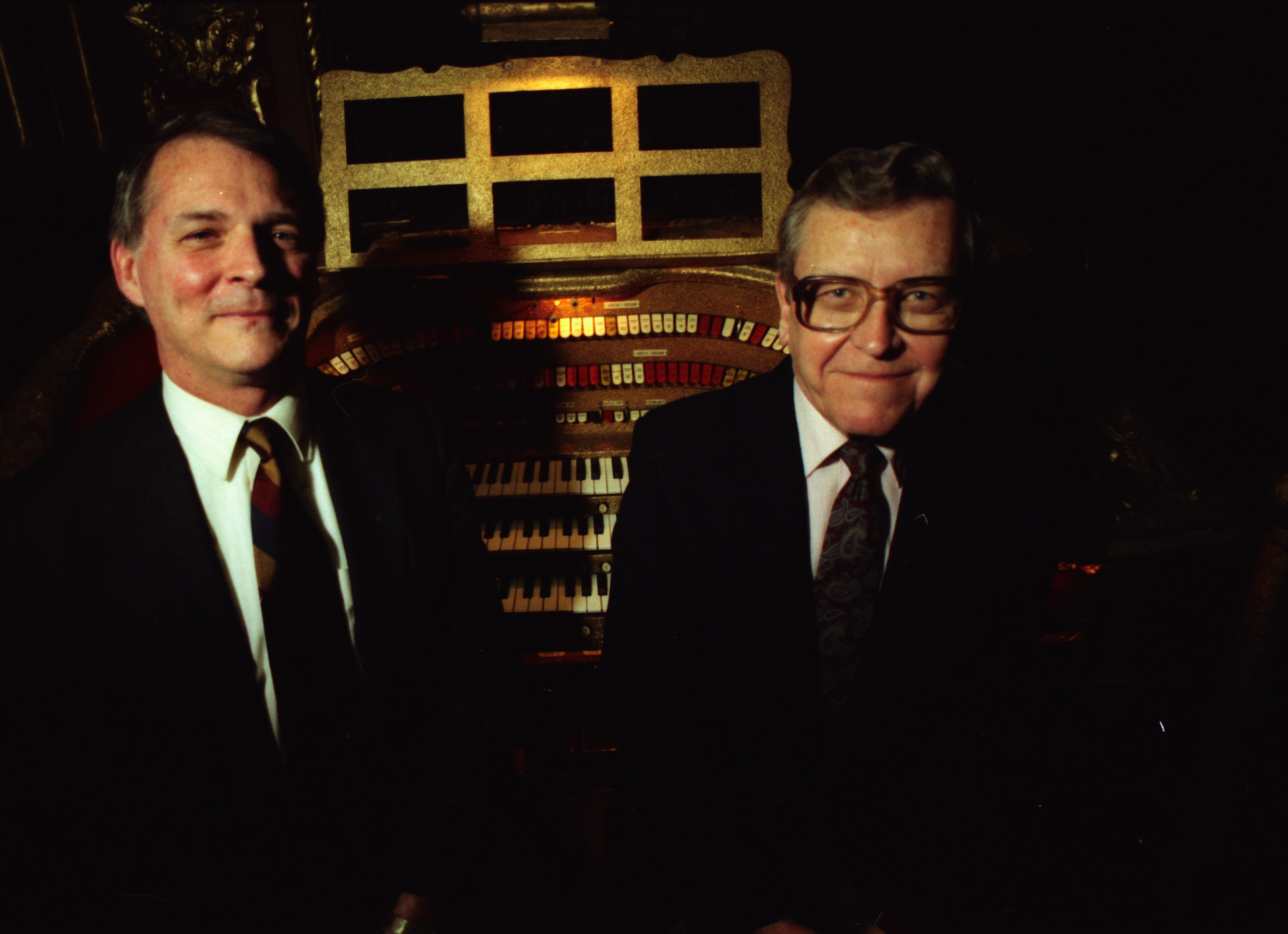 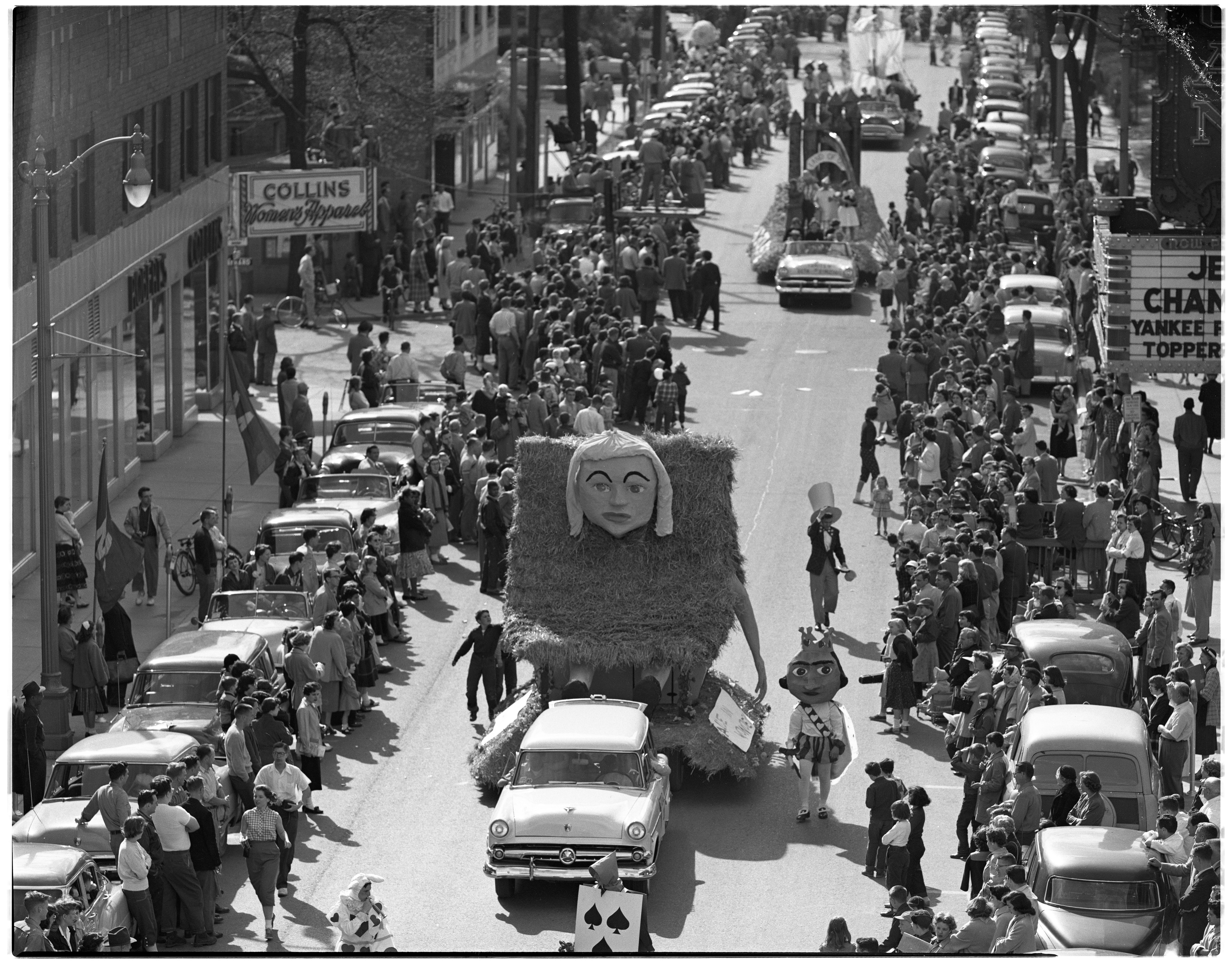 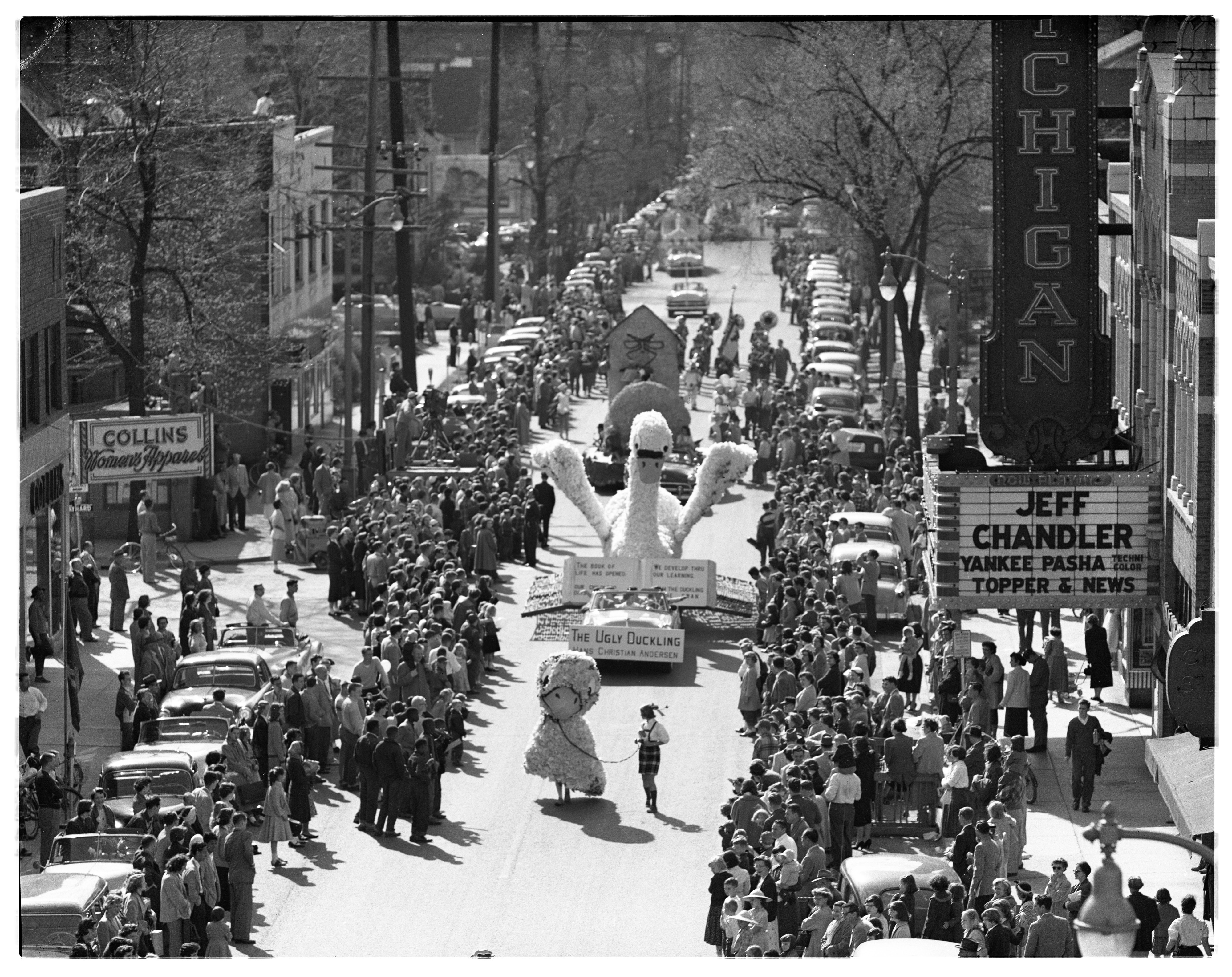