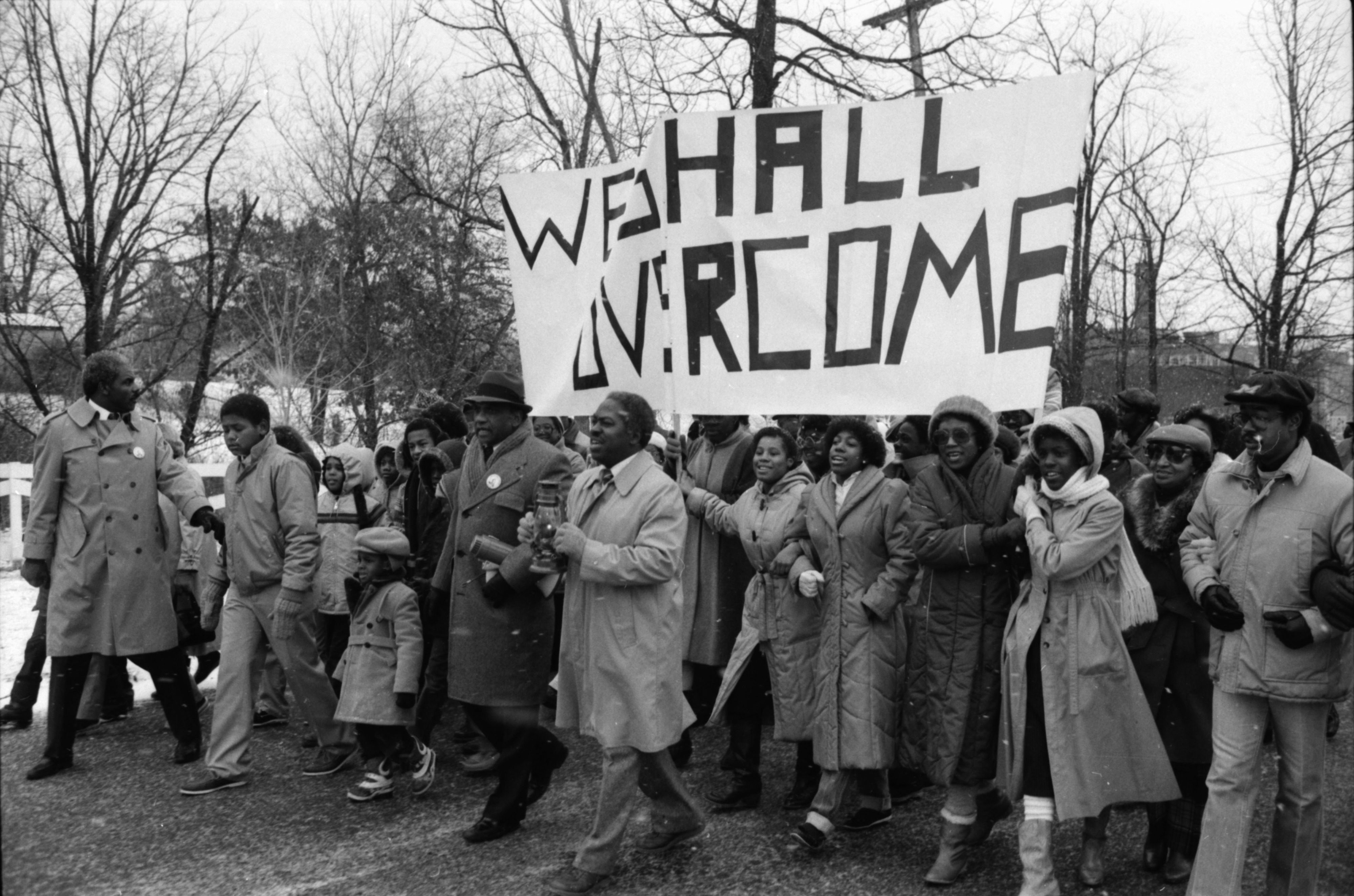 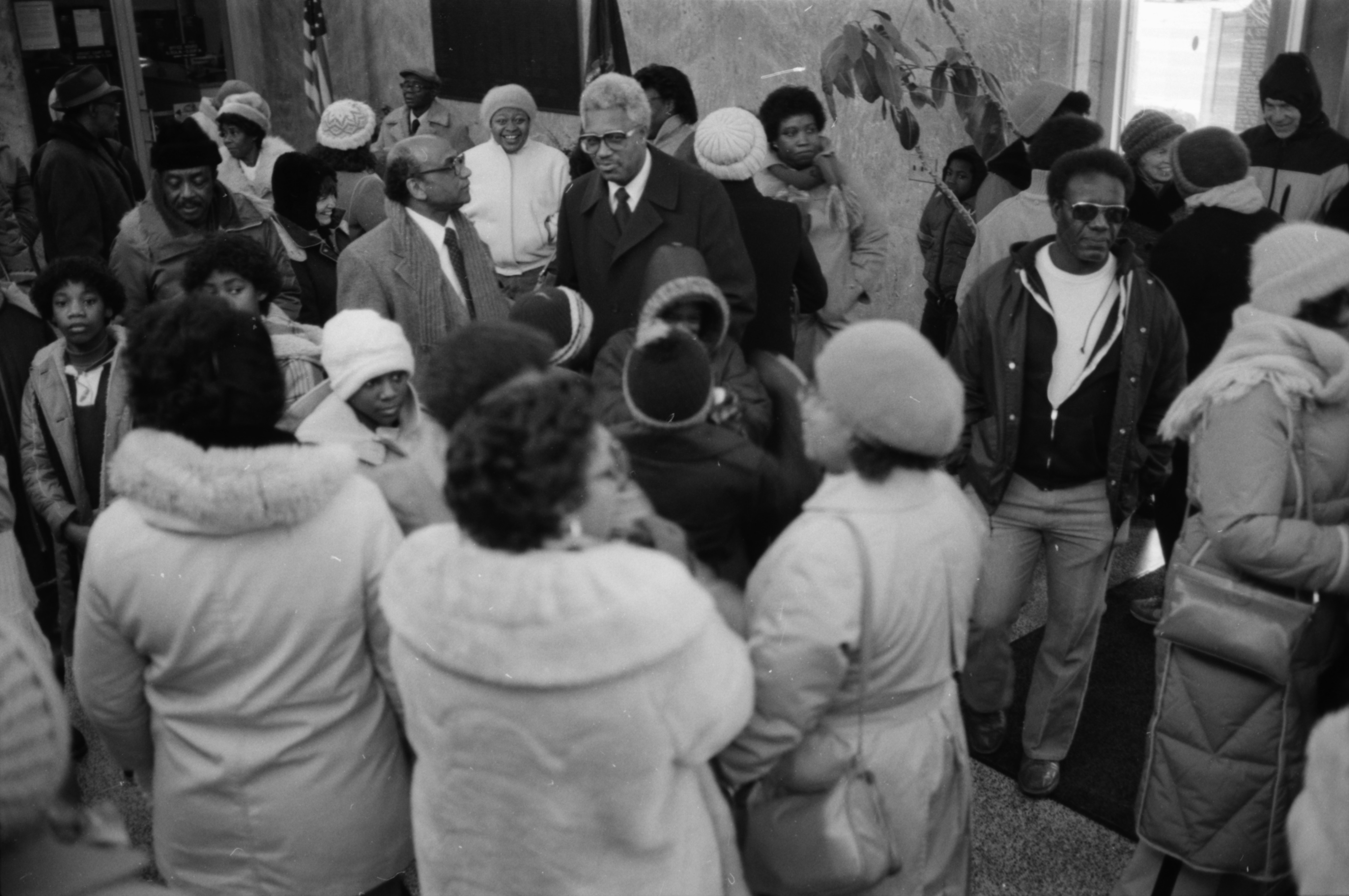 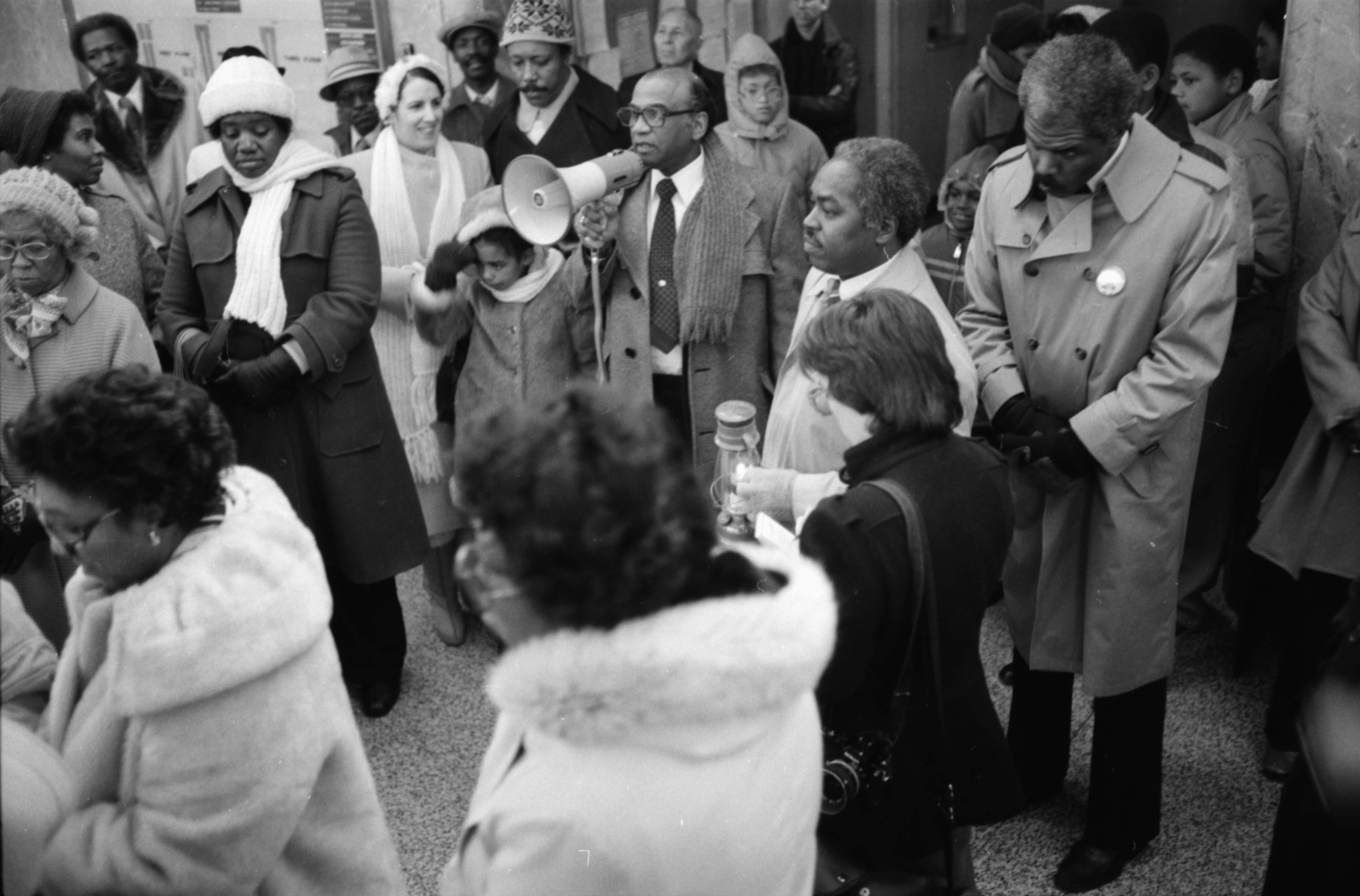 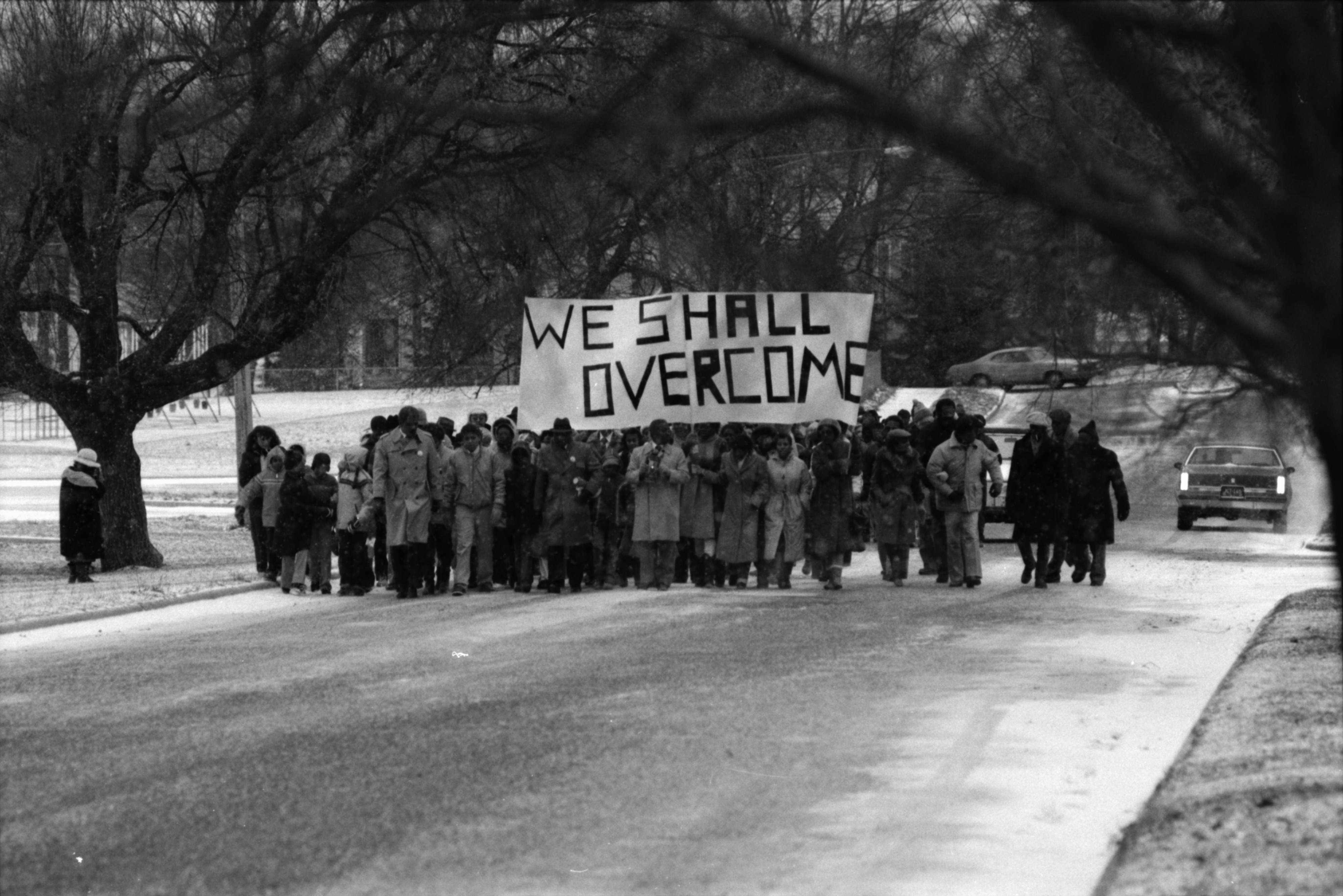 Published In
Ann Arbor News, January 17, 1983
Caption
IN MARTIN'S MEMORY -- Approximately 350 people braved the cold weather Sunday to participate in a Unity March commemorating the birthday of Dr. Martin Luther King, Jr. The marchers walked from the Washtenaw County Court House to the Second Baptist Church at 850 Red Oak. In the picture, they are nearing the church, where a memorial and rededication service were held. Mayor Louis D. Belcher prclaimed Sunday Martin Luther King., Jr. Day in Ann Arbor. More picture of the march are on the Back Page.
Copyright
Copyright Protected 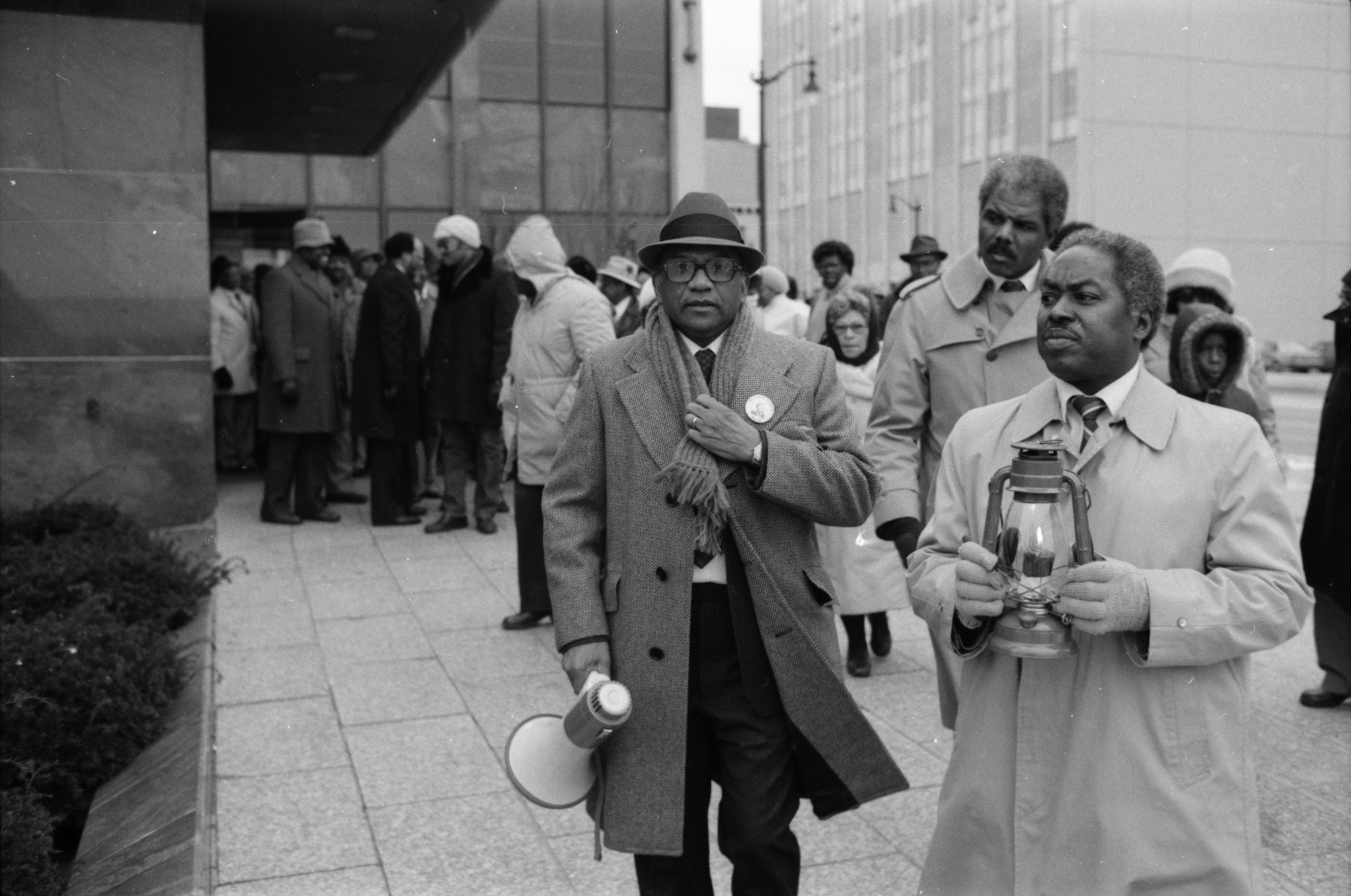 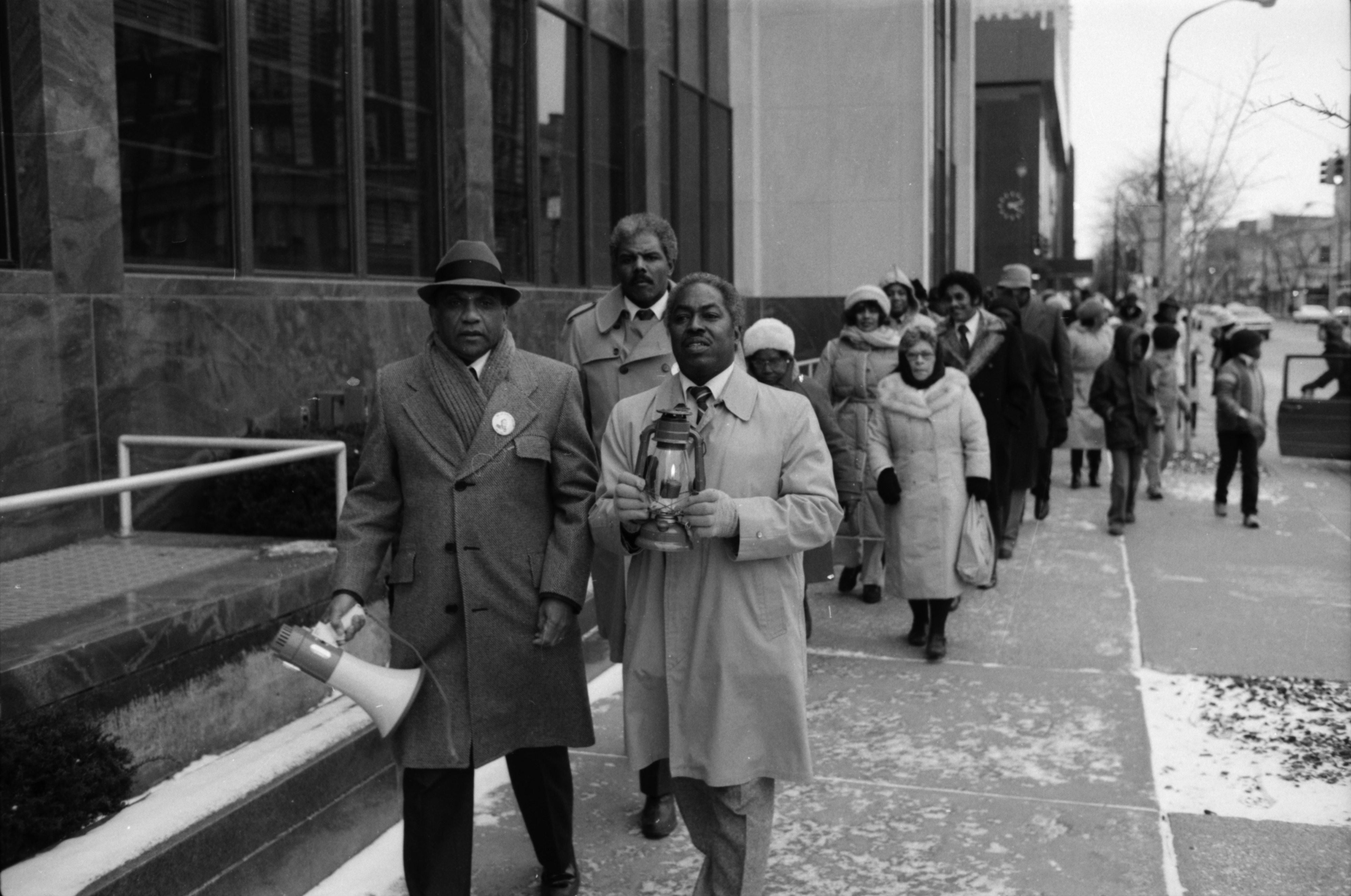 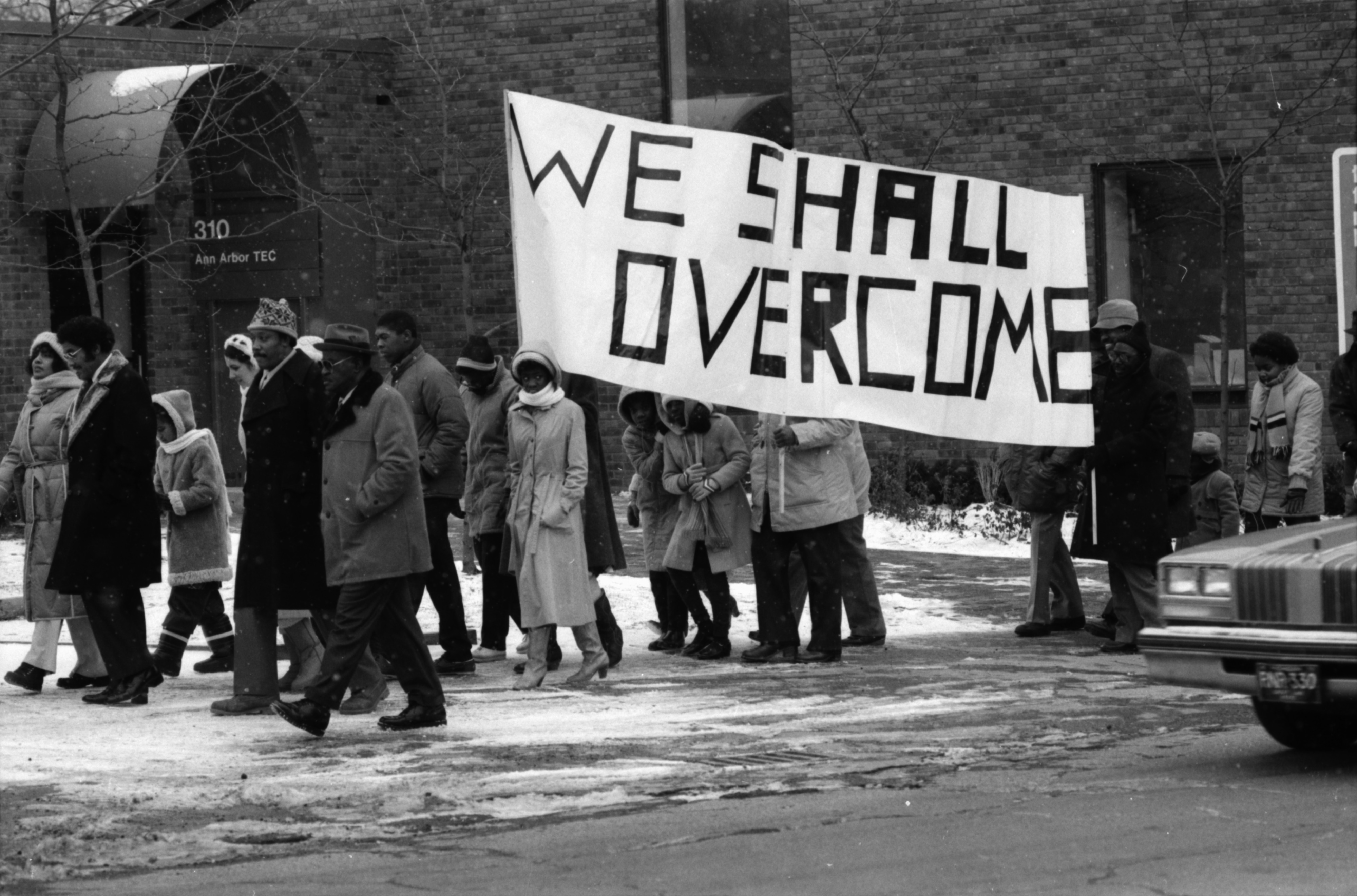 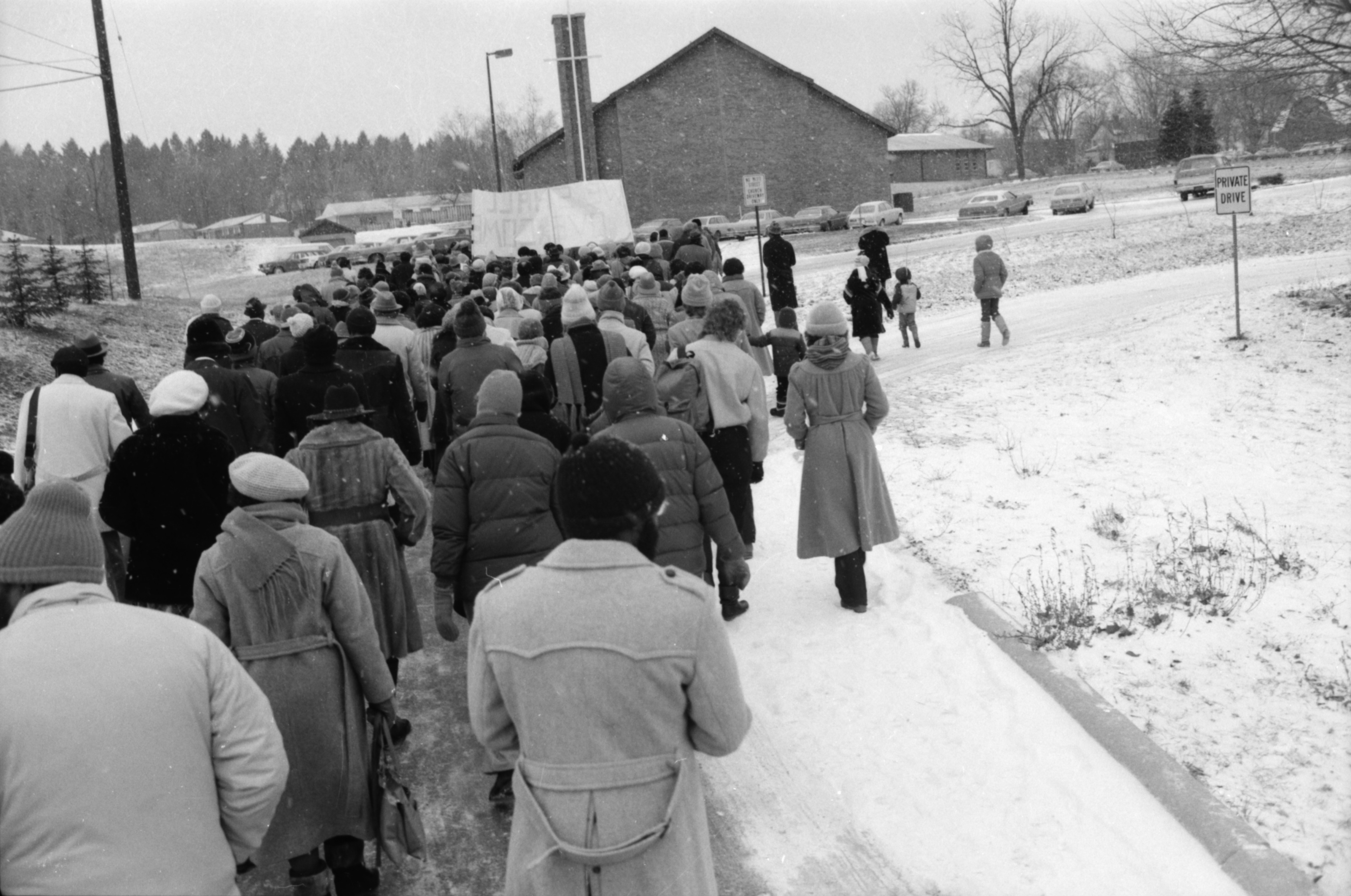 Published In
Ann Arbor News, January 17, 1983
Caption
UNITY MARCH: About 350 people observed Martin Luther King Jr. Day on Sunday with a Unity March sponsored by the Second Baptist Church. Marchers, warmly bundled up for the crisp January temperatures, started at the Washtenaw County Court building, and in the top picture, were walking along Main Street, near Miller. The march continued along Miller, in the bottom picture, and ended at the church, at 850 Red Oak, in the picture at left. A memorial and rededication service was held at the church, with the theme of the service being "Toward Fulfilling the Dream."
Copyright
Copyright Protected 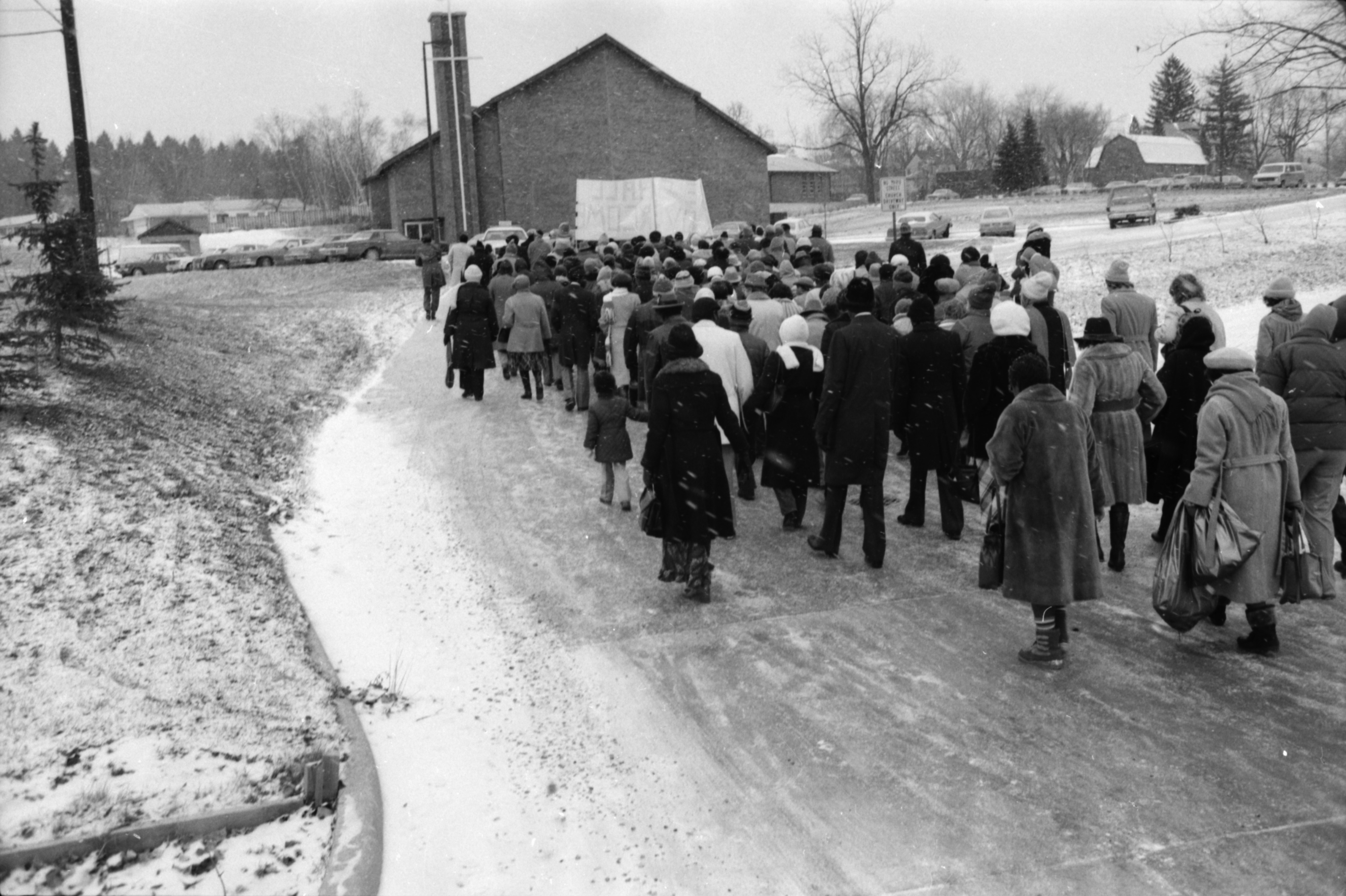 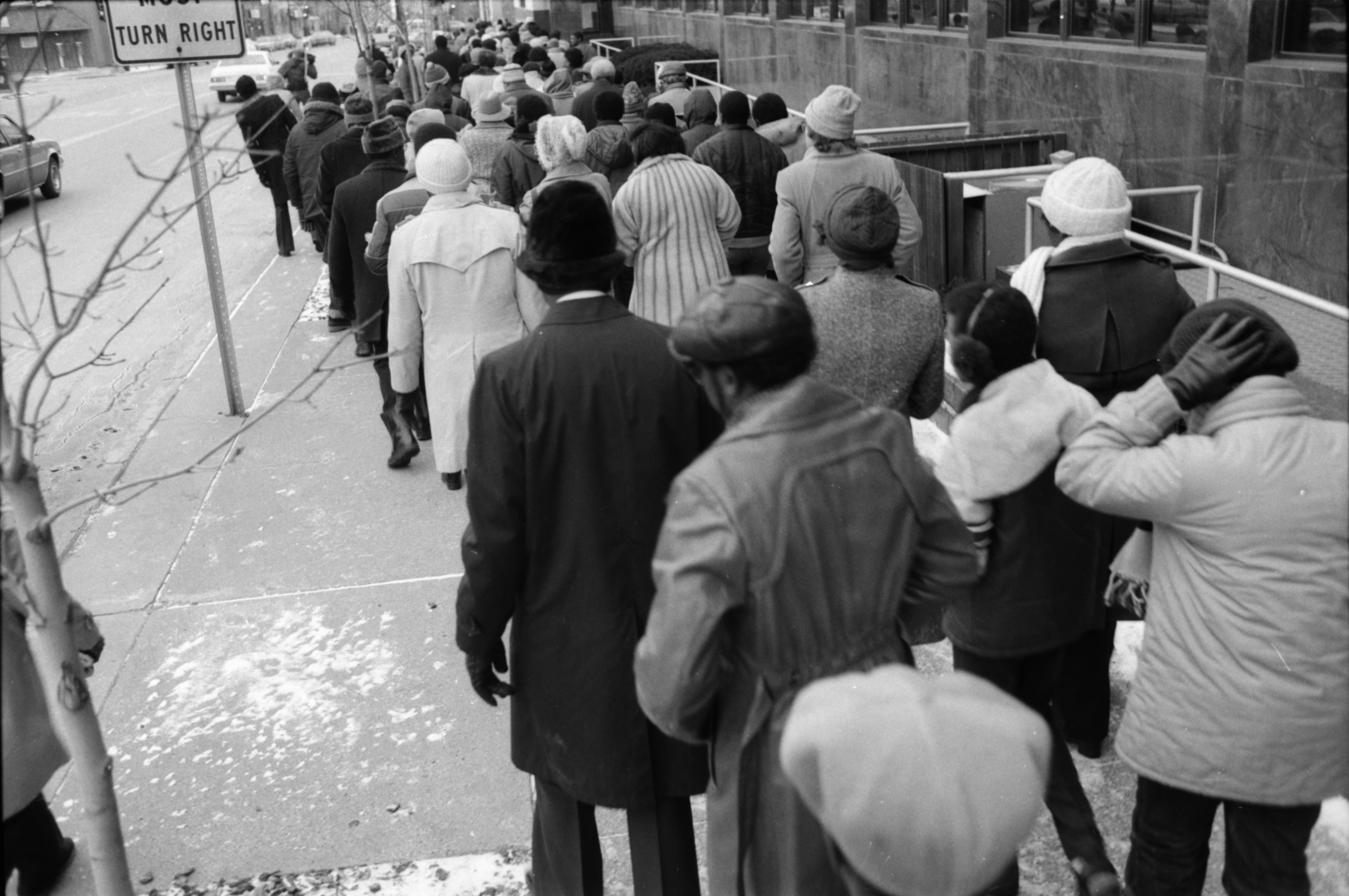