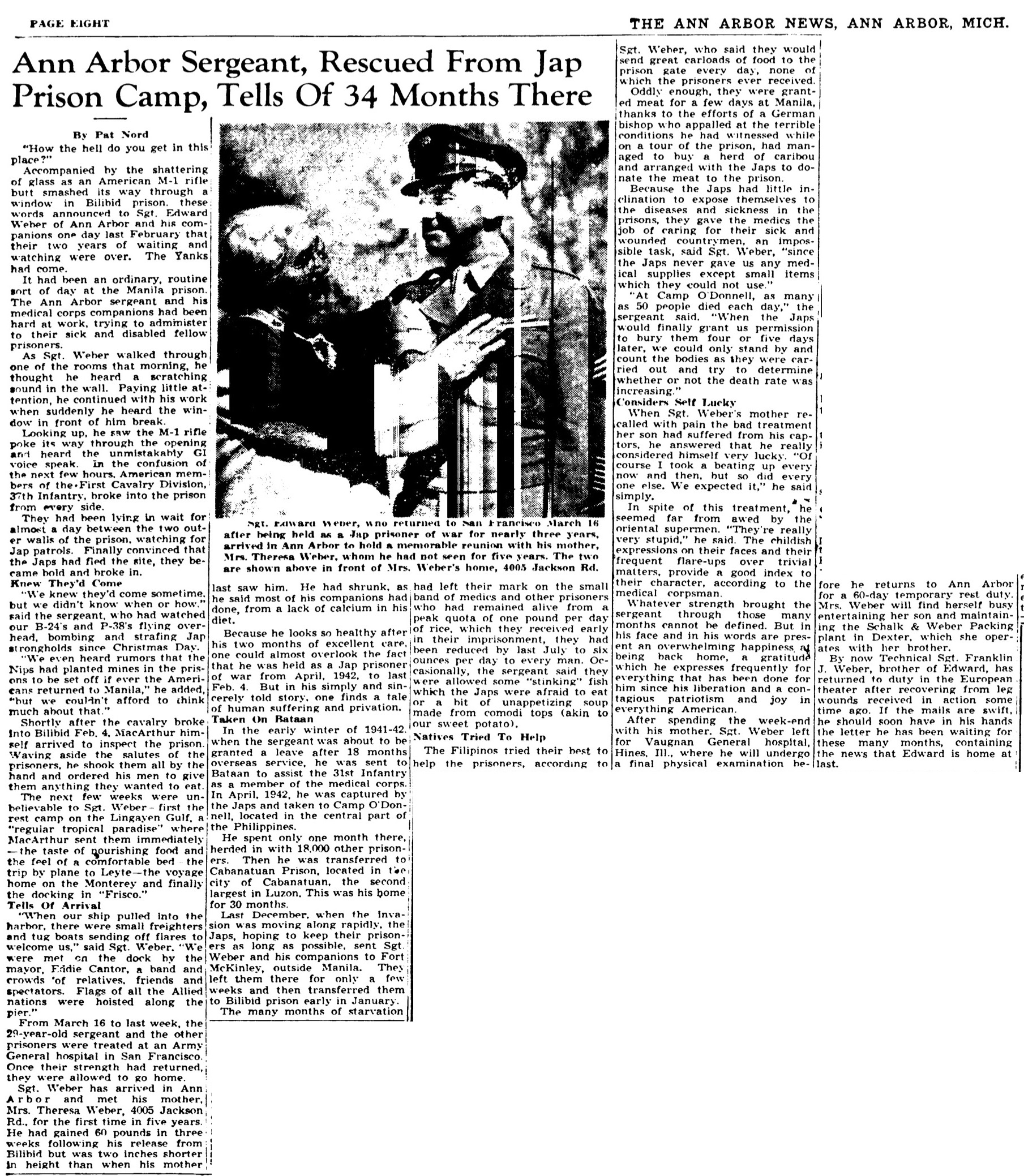 Published In
Ann Arbor News, April 11, 1945
Caption
Sgt. Edward Weber, who returned to San Francisco March 16 after being held as a Jap prisoner of war for nearly three years, arrived in Ann Arbor to hold a memorable reunion with his mother, Mrs. Theresa Weber, whom he had not seen for five years. The two are shown above in front of Mrs. Weber's home, 4005 Jackson Rd.
Copyright
Copyright Protected