Interview by All-Music Guide founder Michael Erlewine with jazz Music Historian Michael G. Nastos, a well known radio announcer and musician. These video-podcasts are part of a series of interviews for the Michigan Music Project, a documentary on Michigan musicians, artists, venues, and music supporters. The interviews in this series represent basic archival footage (roughly edited) from which excerpts will be taken for eventual documentary.

Groove and Blues in Jazz 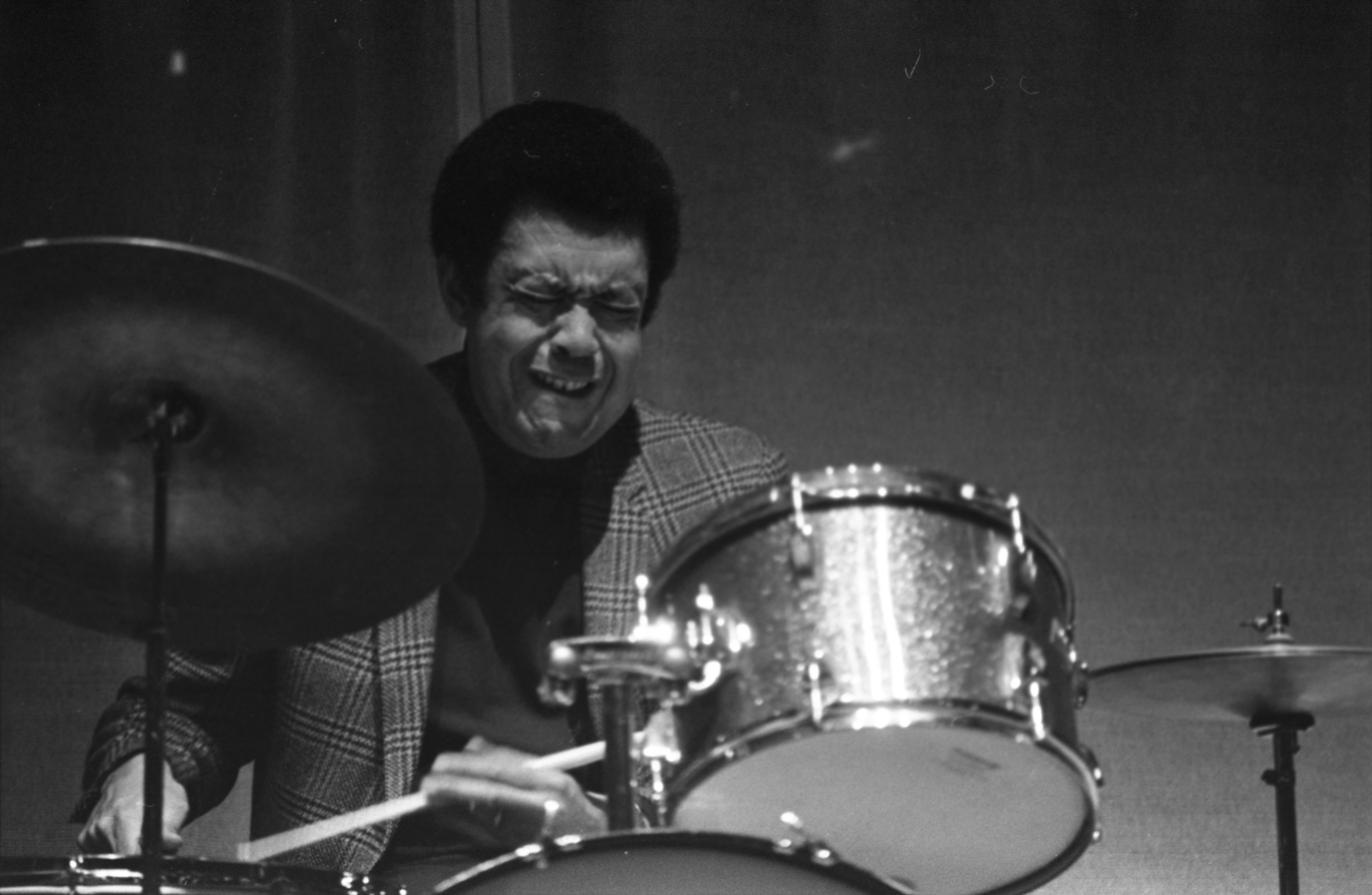 Published In
Ann Arbor News, January 15, 1977
Caption
Today is the anniversary of Dr. Martin Luther King's birth, but the Ann Arbor Public Schools commemorated the event yesterday, with an in-service afternoon program for teachers and administrators at Pioneer High. Following presentations by Supt. Harry Howard, Asst. Supt. Robert Potts, and Prof. James Standifer of the U-M Music School there was a program by a jazz quartet of local musicians, which included Pioneer High teacher Robert Elliott on drums. The remainder of the program was furnished by artists of the New Black Repertory Company, including dancers, shown above in "African Welcome Dance." Other company members presented poetry and song to honor Dr. King. The company has also scheduled public appearances Tuesday, Wednesday, Friday and Saturday nights next week at Mack Elementary School. (Staff photos by Jack Stubbs)
Copyright
Copyright Protected

The legend of SUN RA 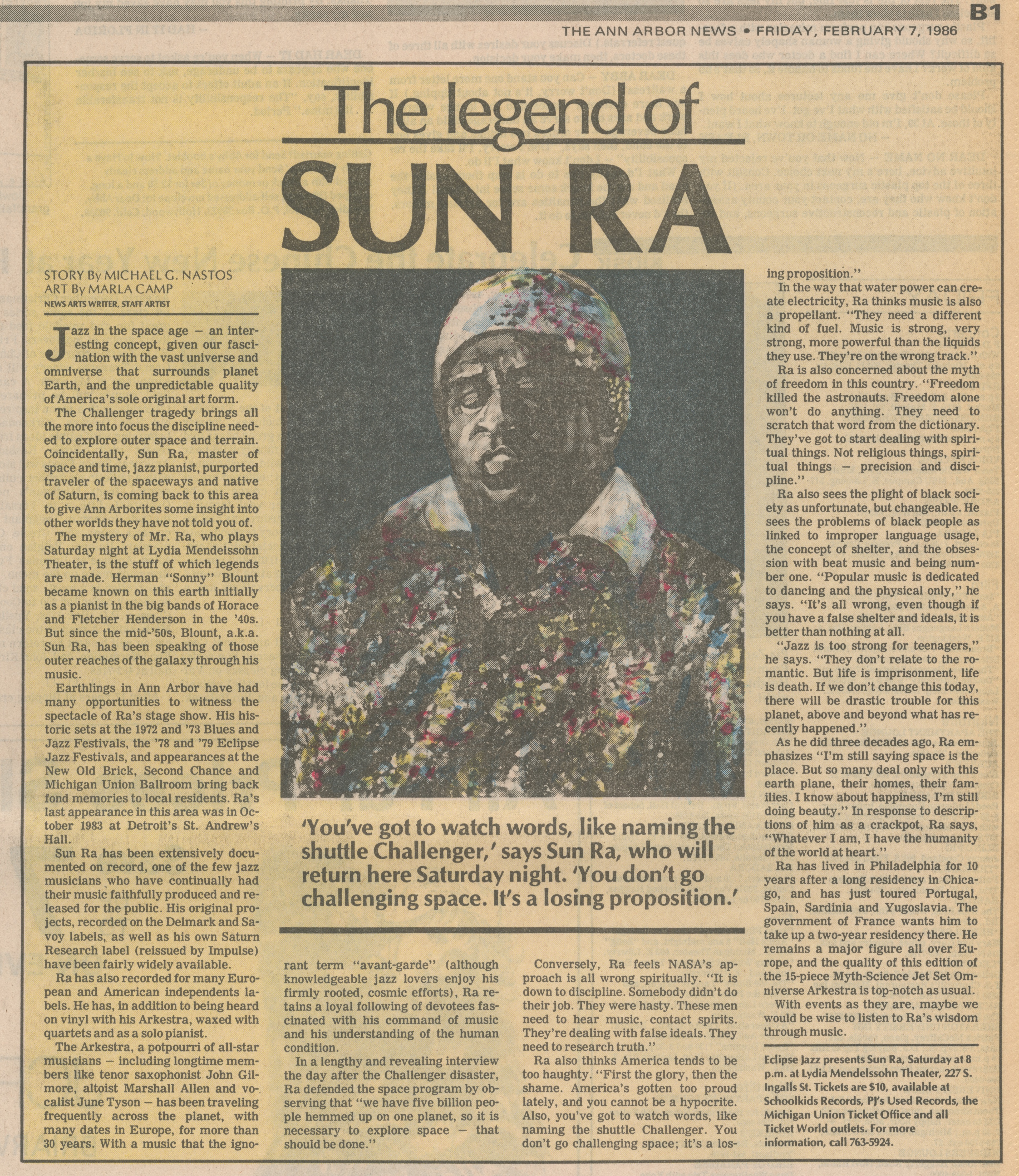 In 1957 freshman student Al Young and Bill McAdoo founded the University of Michigan Folklore Society. Al Young went on to become the Poet Laureate of California.

Ann Arbor's 'The Bird of Paradise'

I would spend many evenings at the Bird of Paradise. It was always dark in there. After all, it’s a jazz club.

This Bird has flown 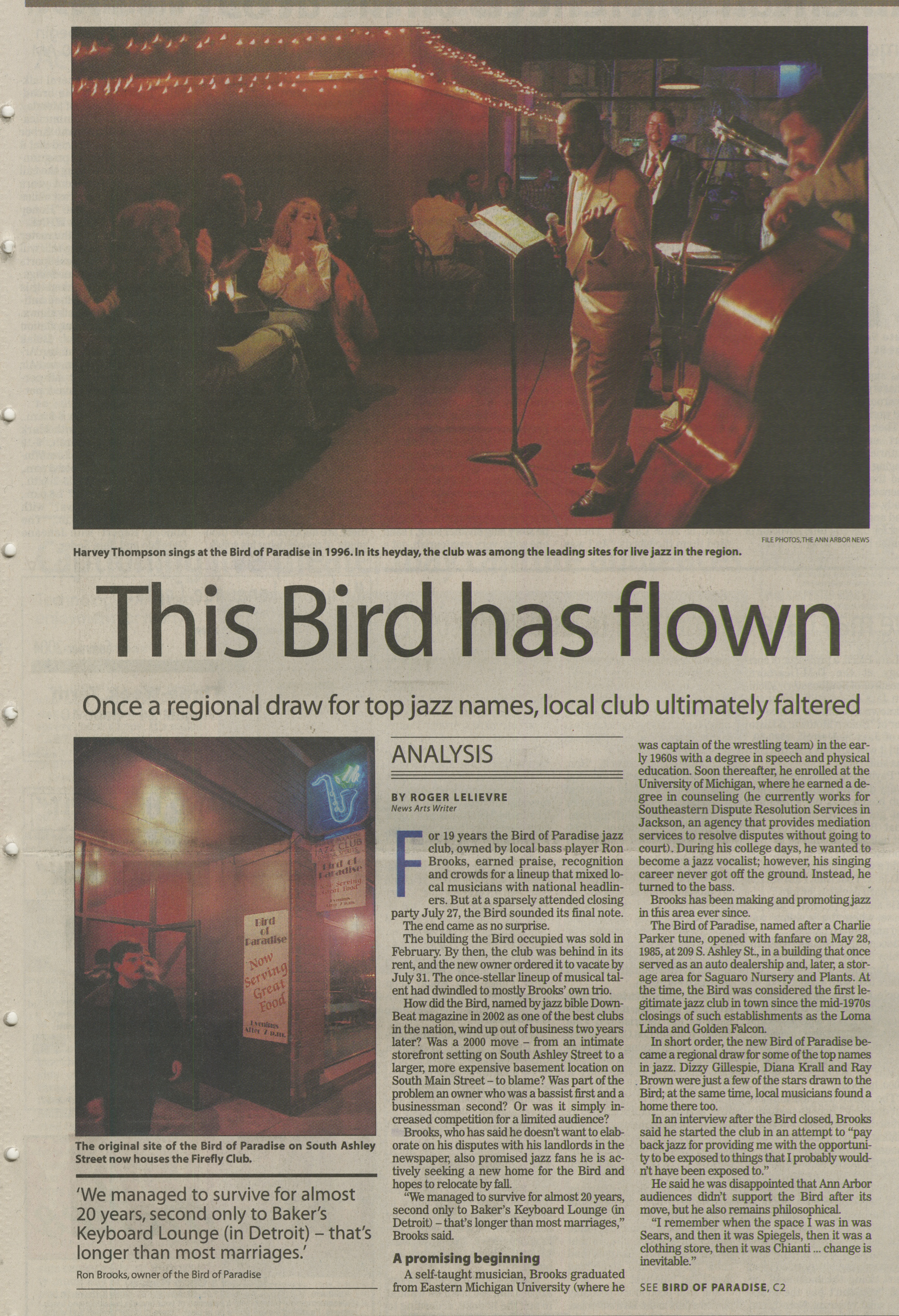 How could the repeal of prohibition in 1933 affect the onset of The Sixties in Ann Arbor? It sounds like Chaos Theory, where the flapping of a butterfly wing in Brazil affects the amount of snow that falls in Greenland. But such an effect did occur. And the sad thing is that the scene I am about to describe is hardly remembered. I keep waiting for someone to write about it, but it might have to be me!