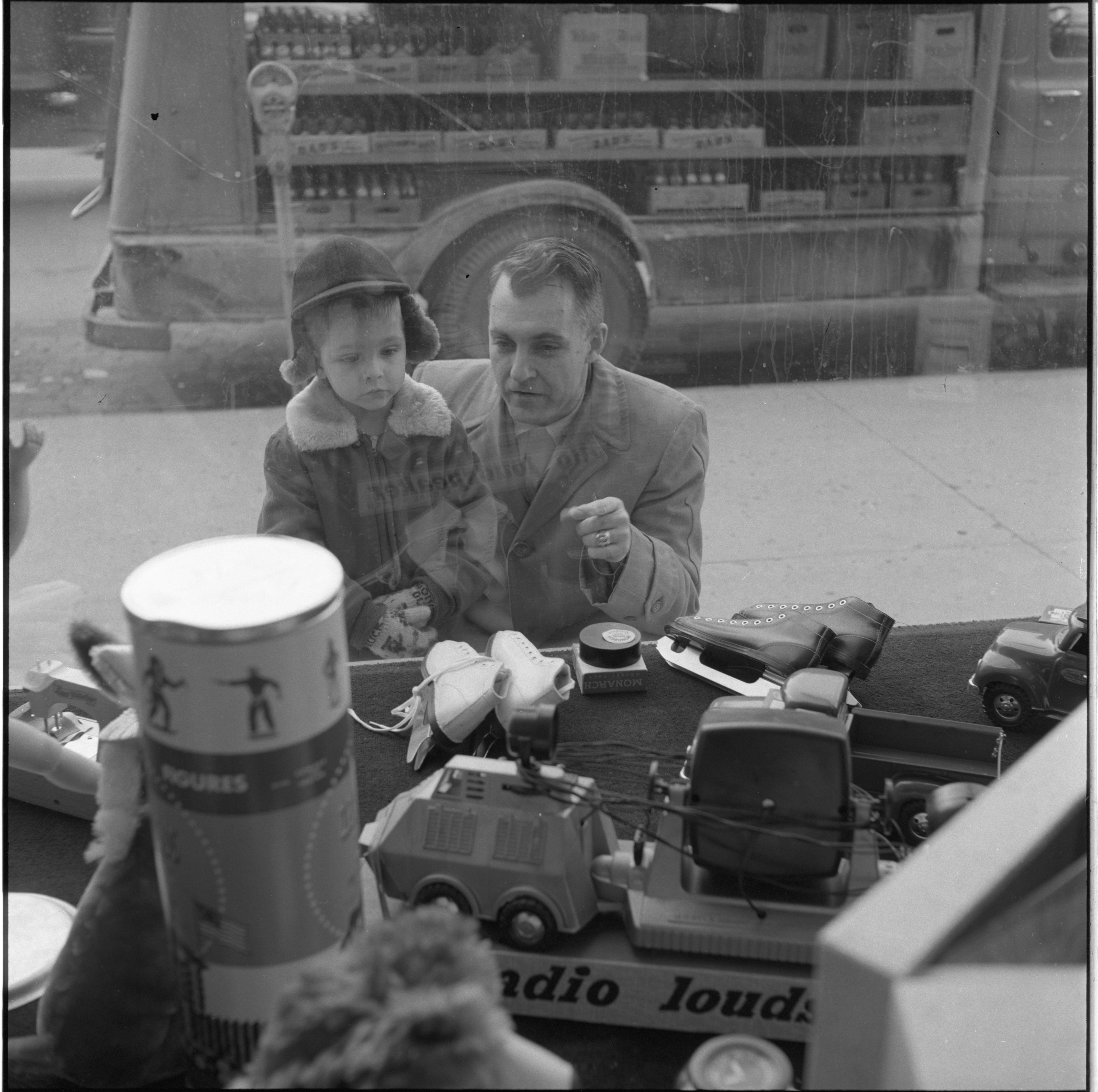 Published In
Ann Arbor News, December 9, 1955
Caption
'WHAT WOULD YOU LIKE, SON?' That's what Willard O'Berry of 901 Rose Ave. is asking five-year-old Michael as he points out some of the toys in a downtown Ann Arbor window display. Michael obviously is busy making up a mental Christmas list.
Copyright
Copyright Protected 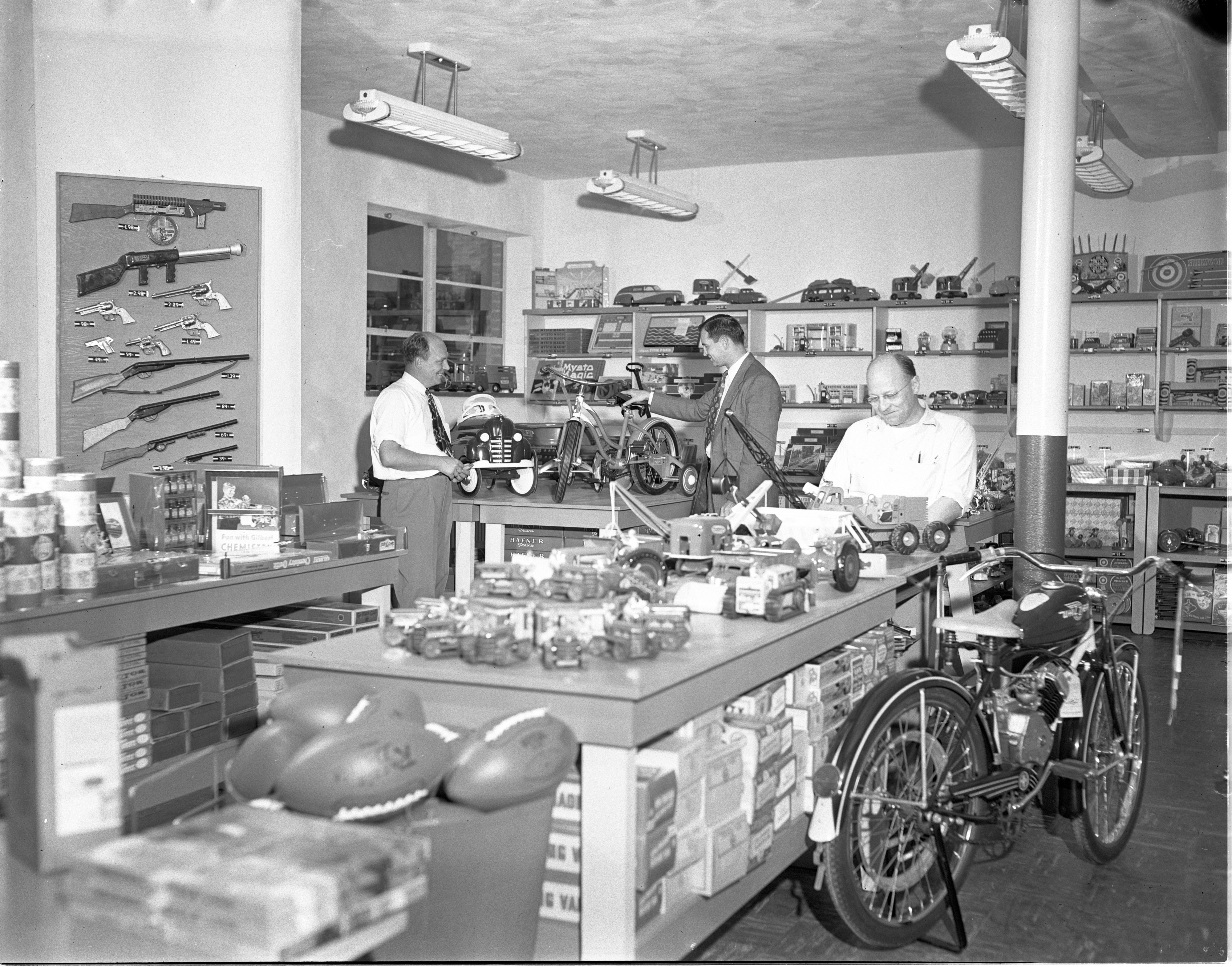 Published In
Ann Arbor News, September 20, 1949
Caption
Whizzer Motor Sales Co., owners of a new brick and cinder block building at S. Main and W. Madison St., originally planned to use the new store as a sales agency only but have since expanded the business to include a line of children's toys, games and equipment, part of which is shown above. The new store, called the "Kiddie Korner," is scheduled to open Thursday.
Copyright
Copyright Protected 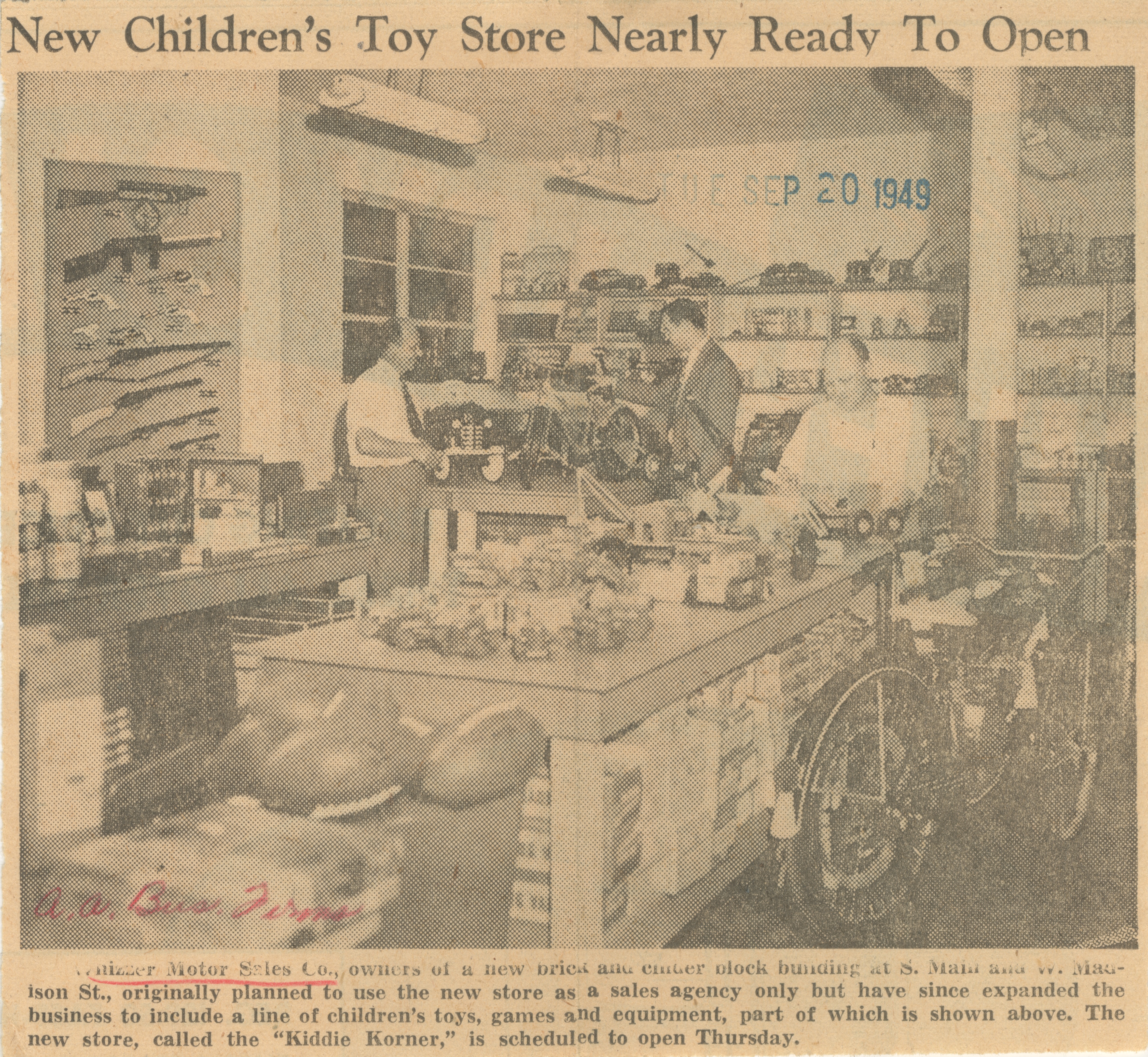 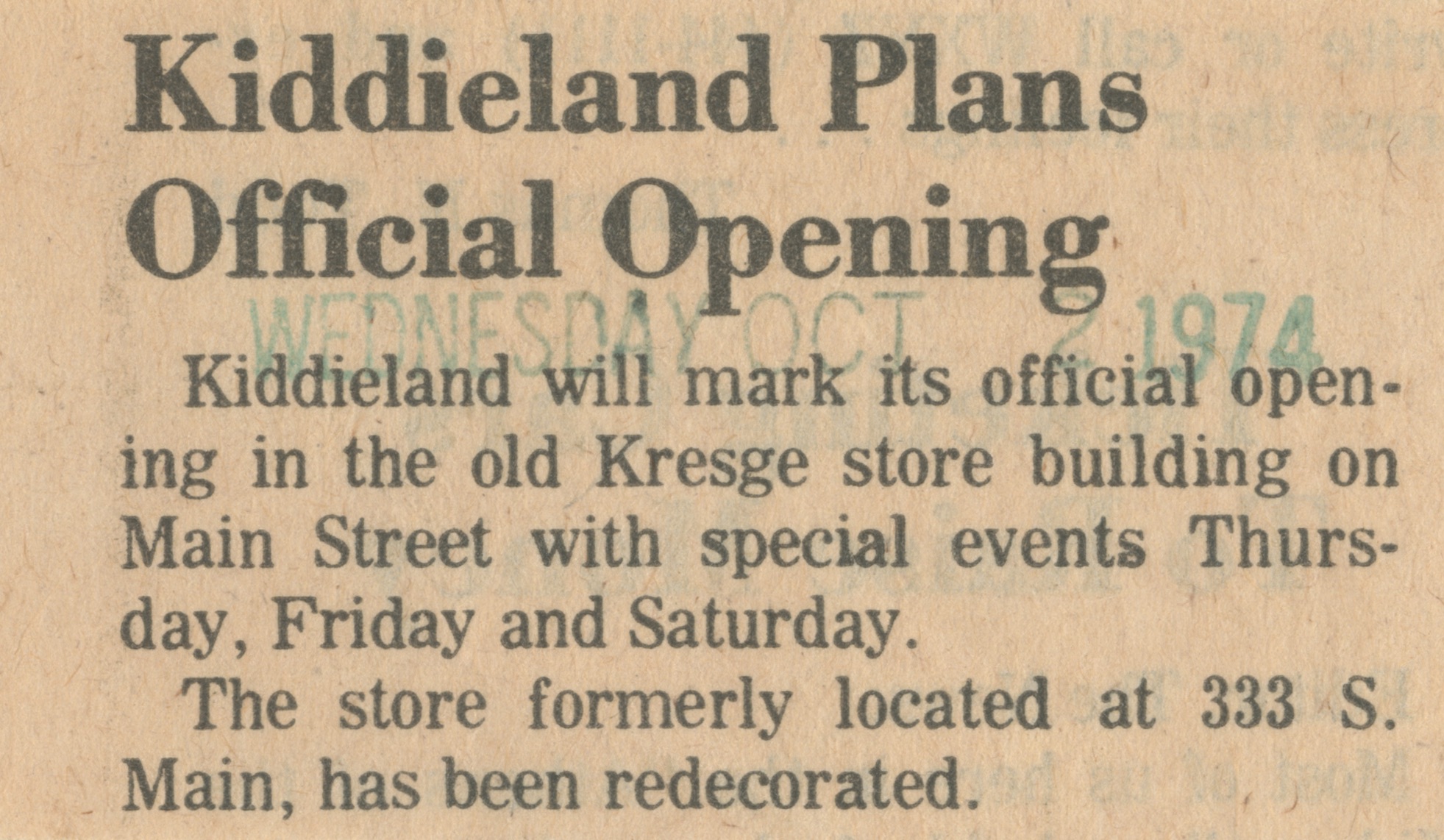 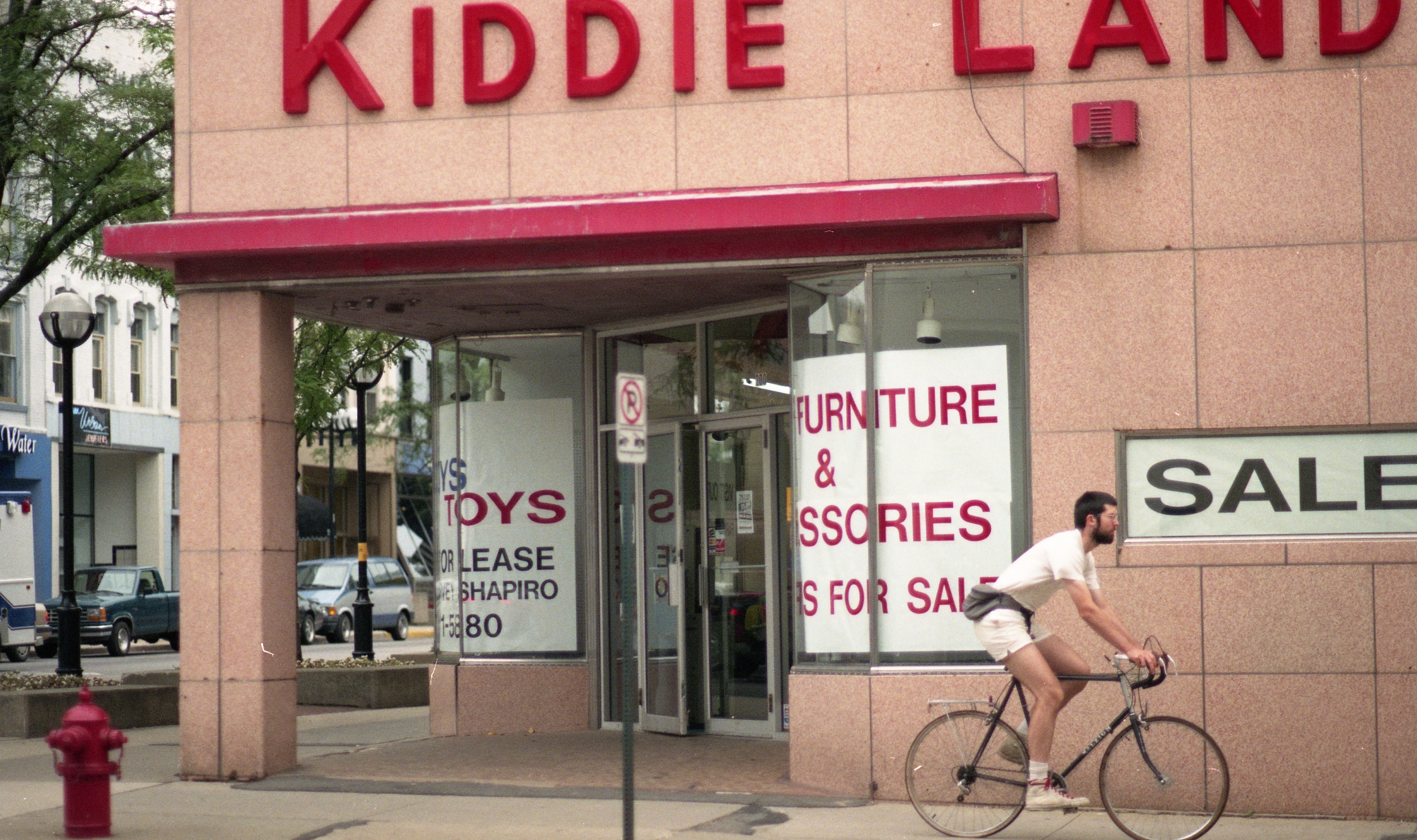 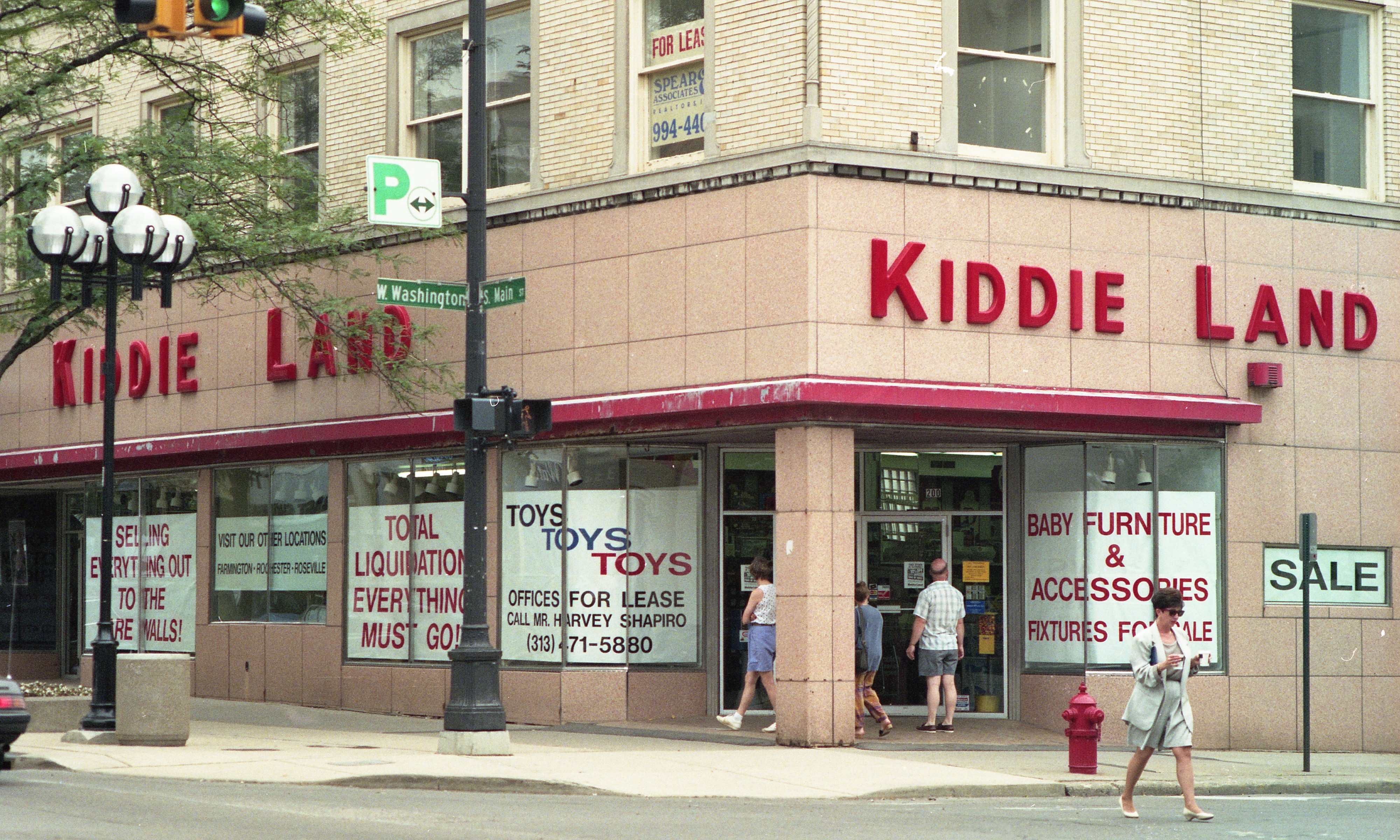 Kiddie Land giving up on downtown 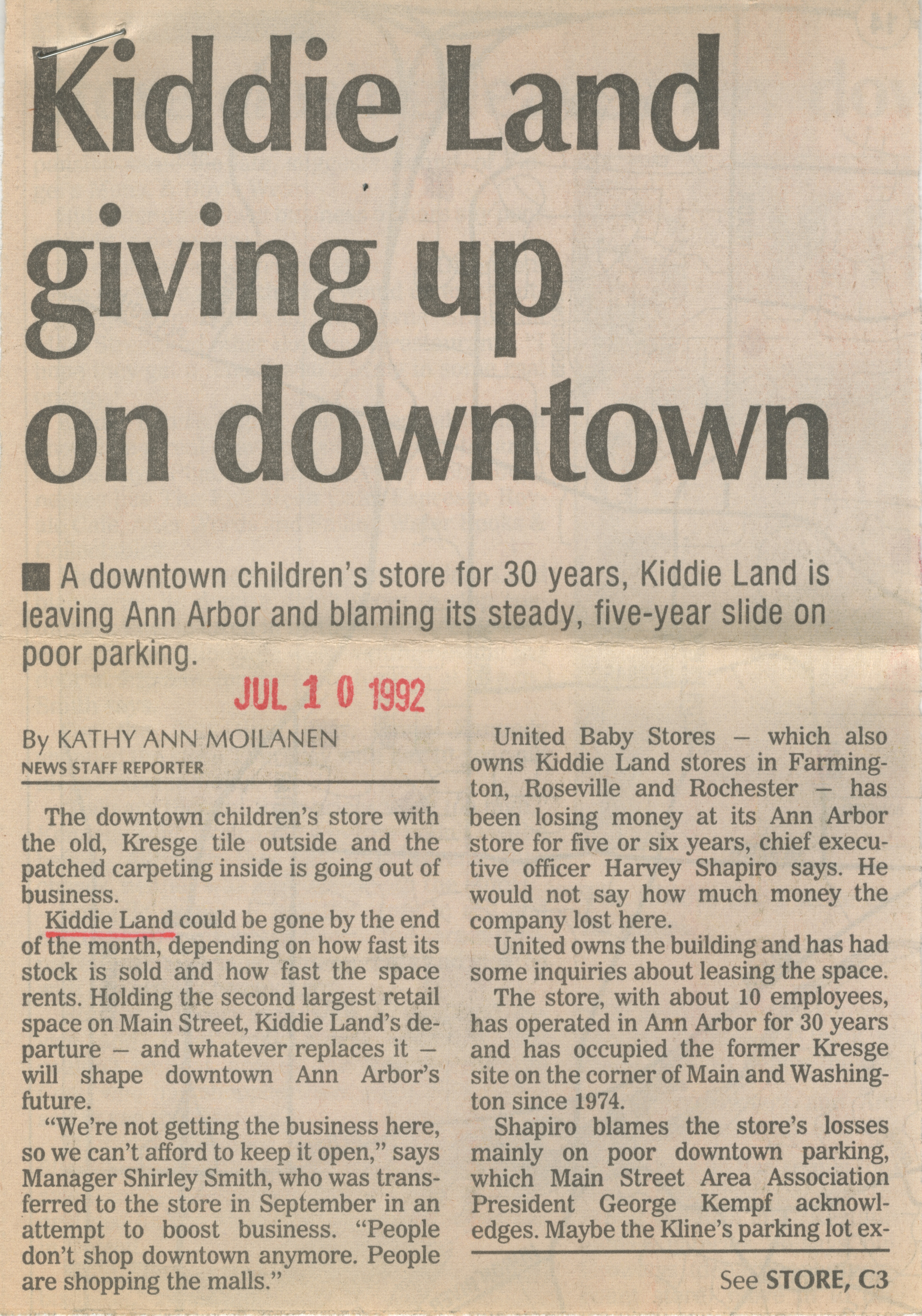 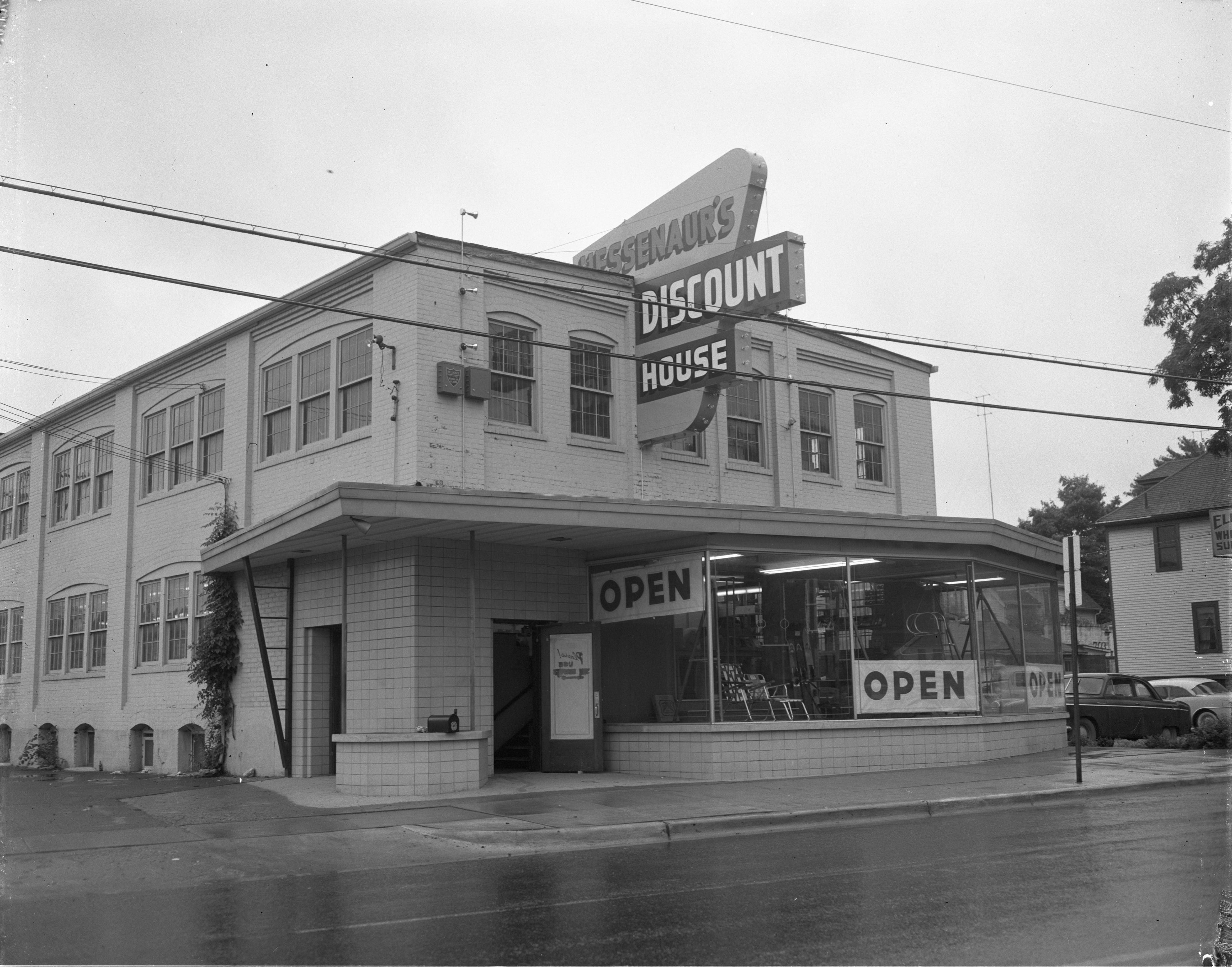 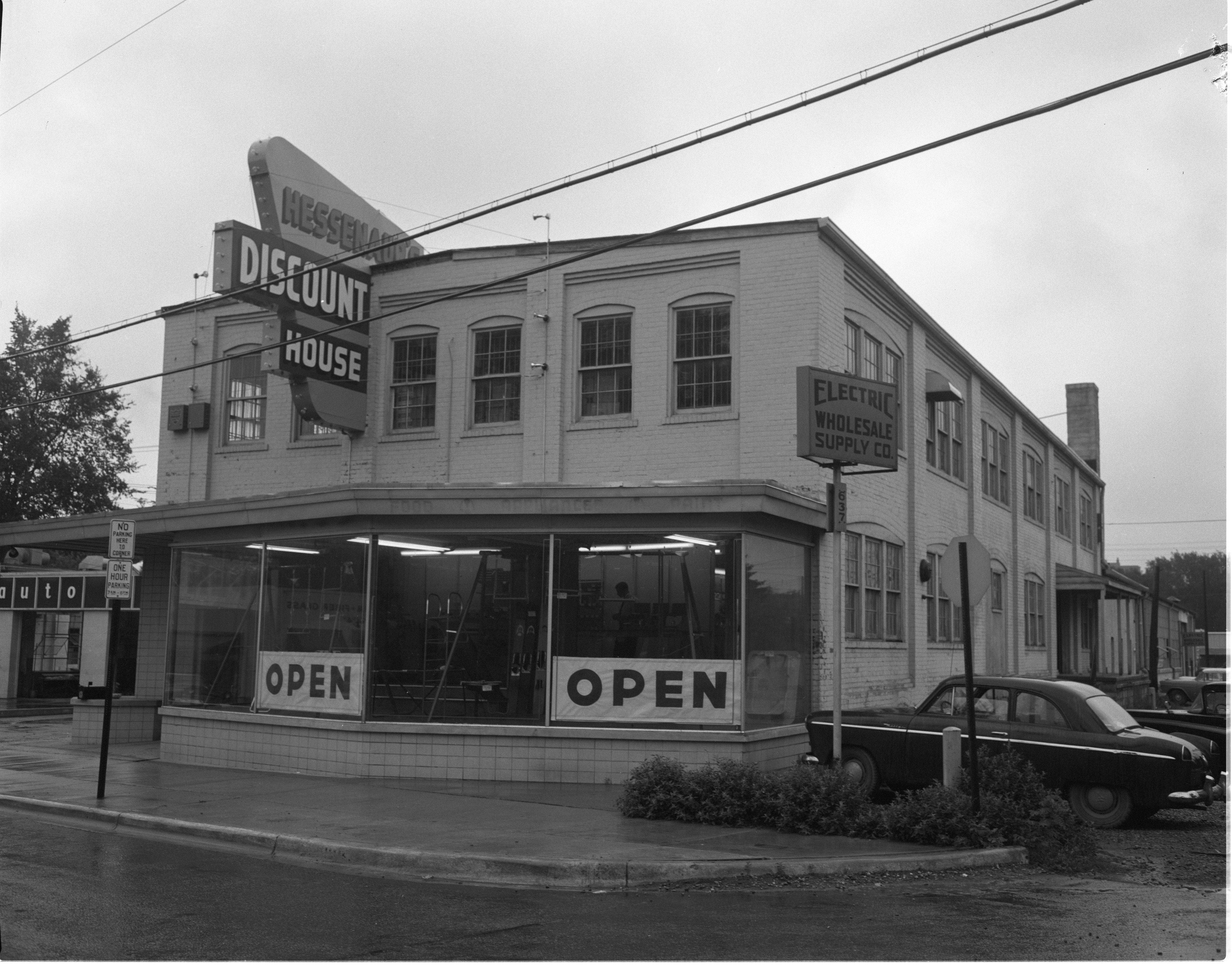