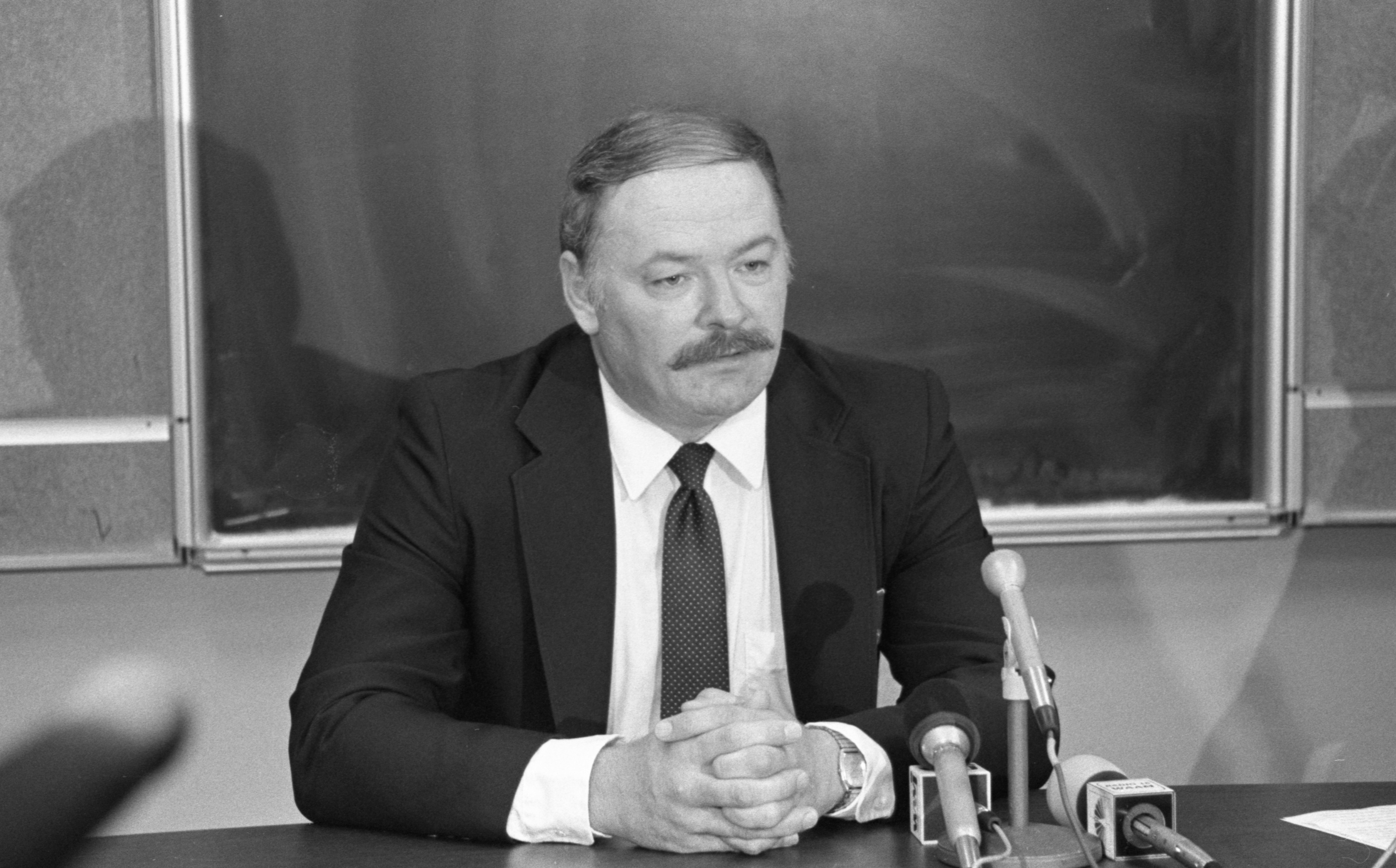 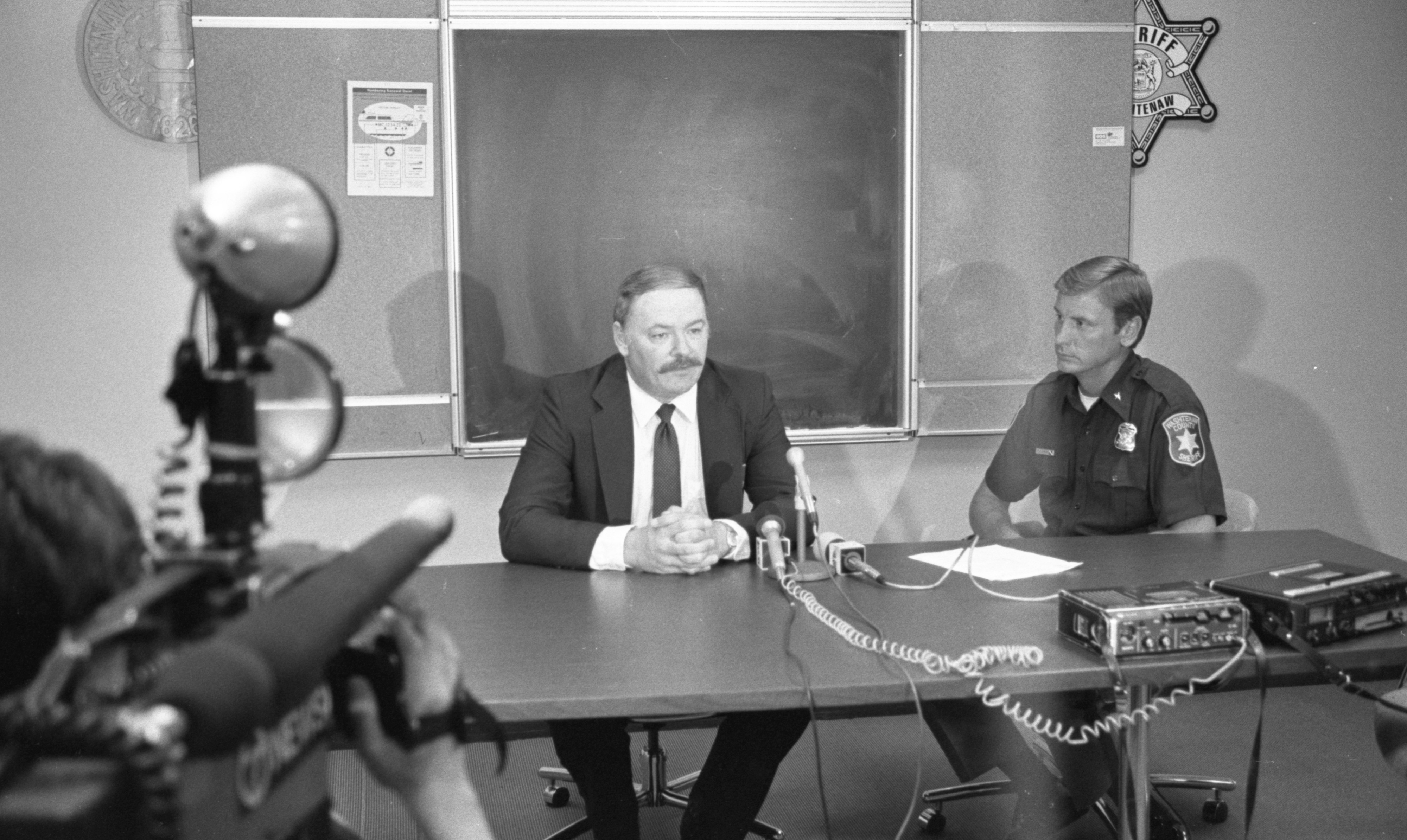 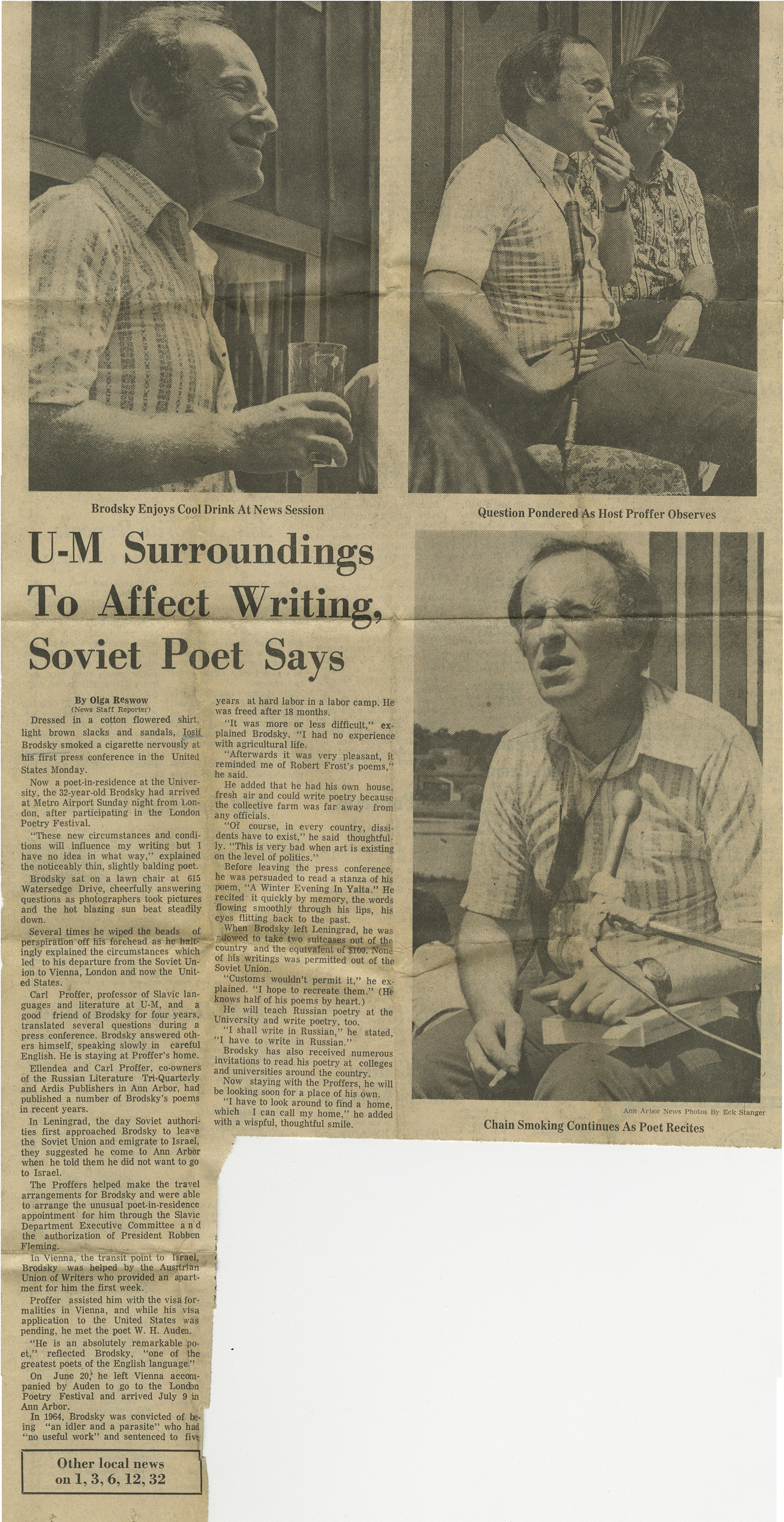 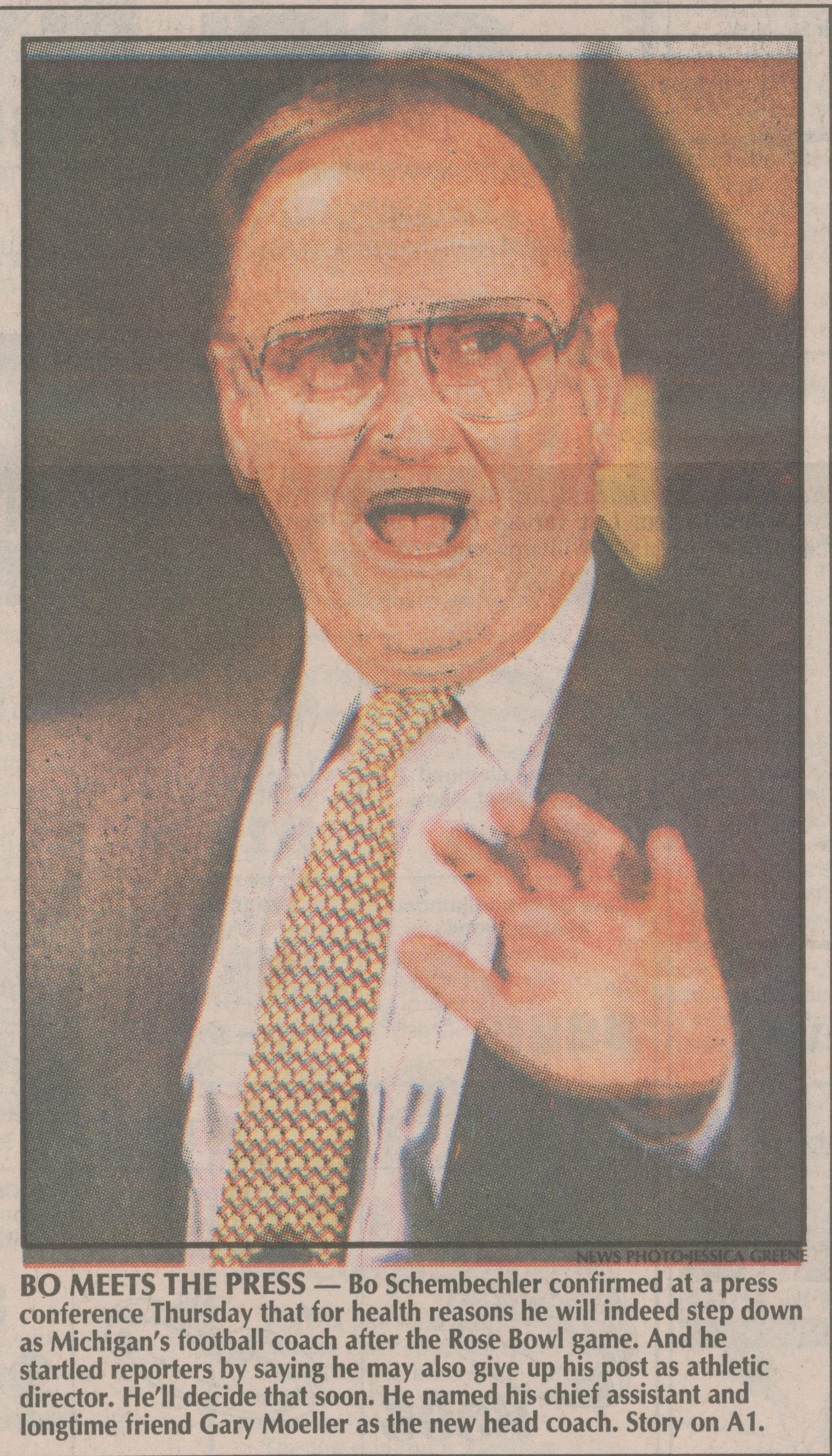 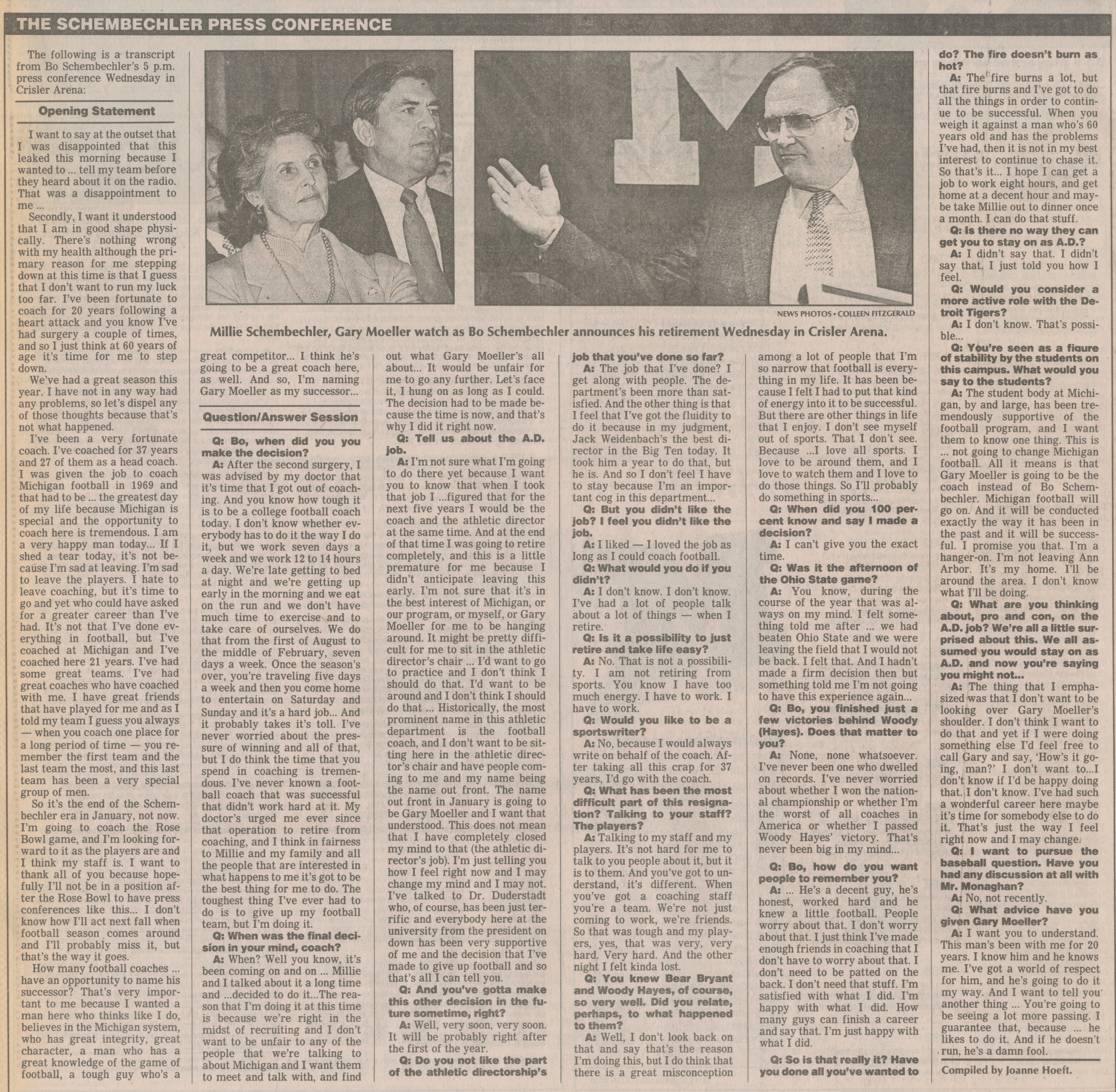 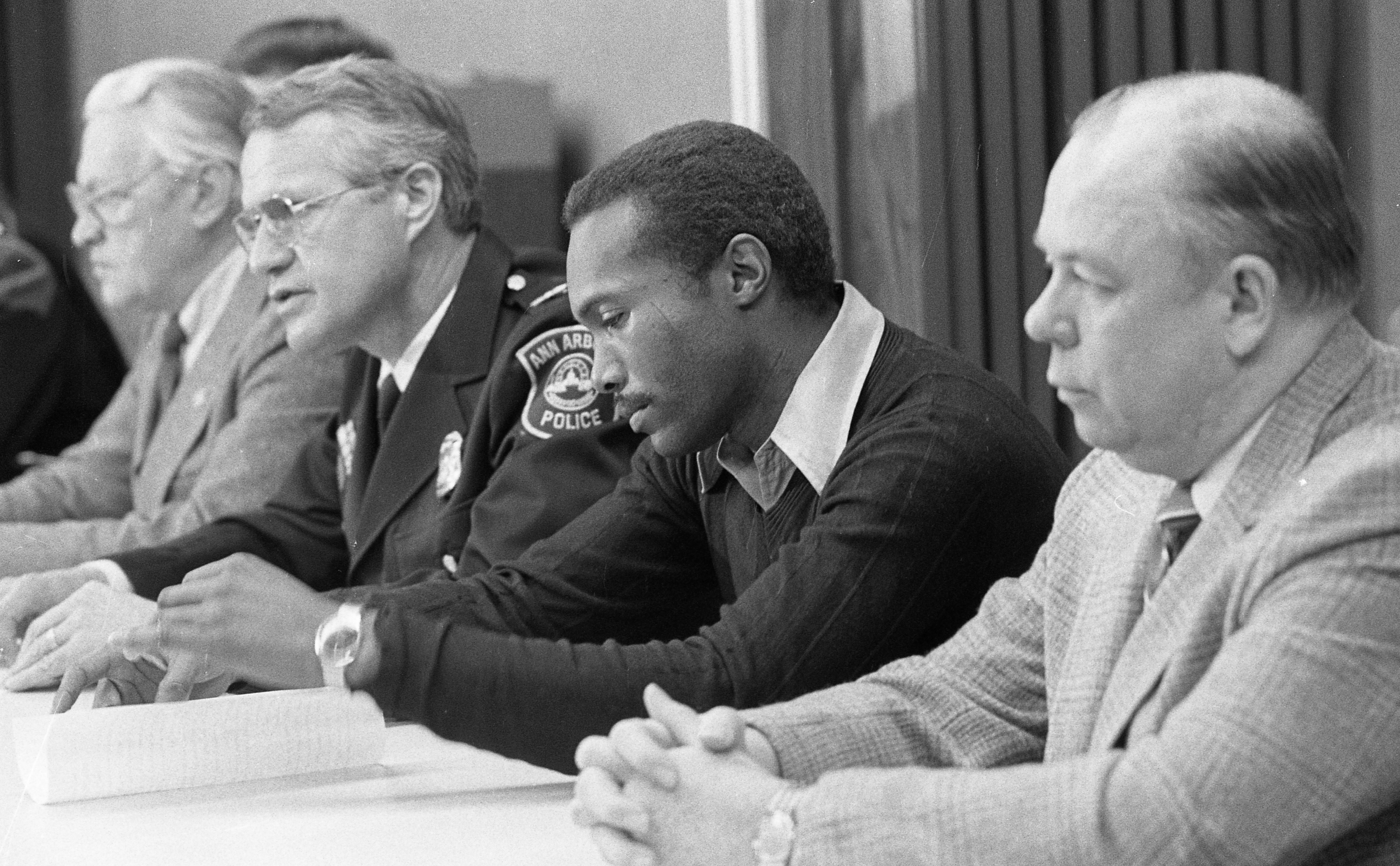 Published In
Ann Arbor News, December 21, 1983
Caption
Police announced today at a press conference an arrest in the slaying of Nancy Faber. Shown at the press conference, above left [this photo], are, from left, Prosecutor Delhey, Chief Corbett and trooper Henry Tyler, who was first contacted by the suspect. Police divers continued to search near Ypsilanti's Forest Avenue bridge, above, for Faber's purse. A car police believe was used by the suspect was hauled into the Ann Arbor city garage today, left.
Copyright
Copyright Protected 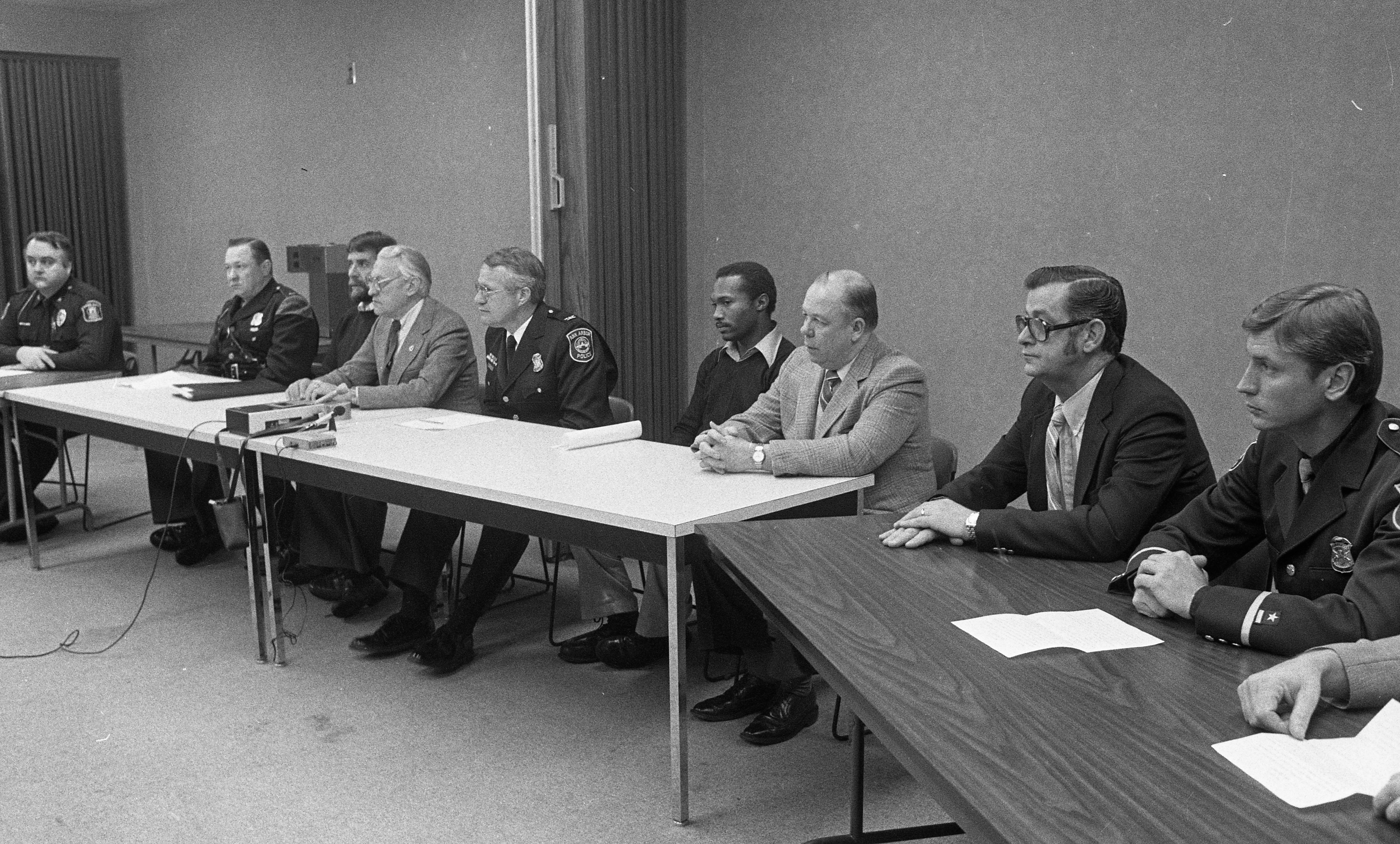 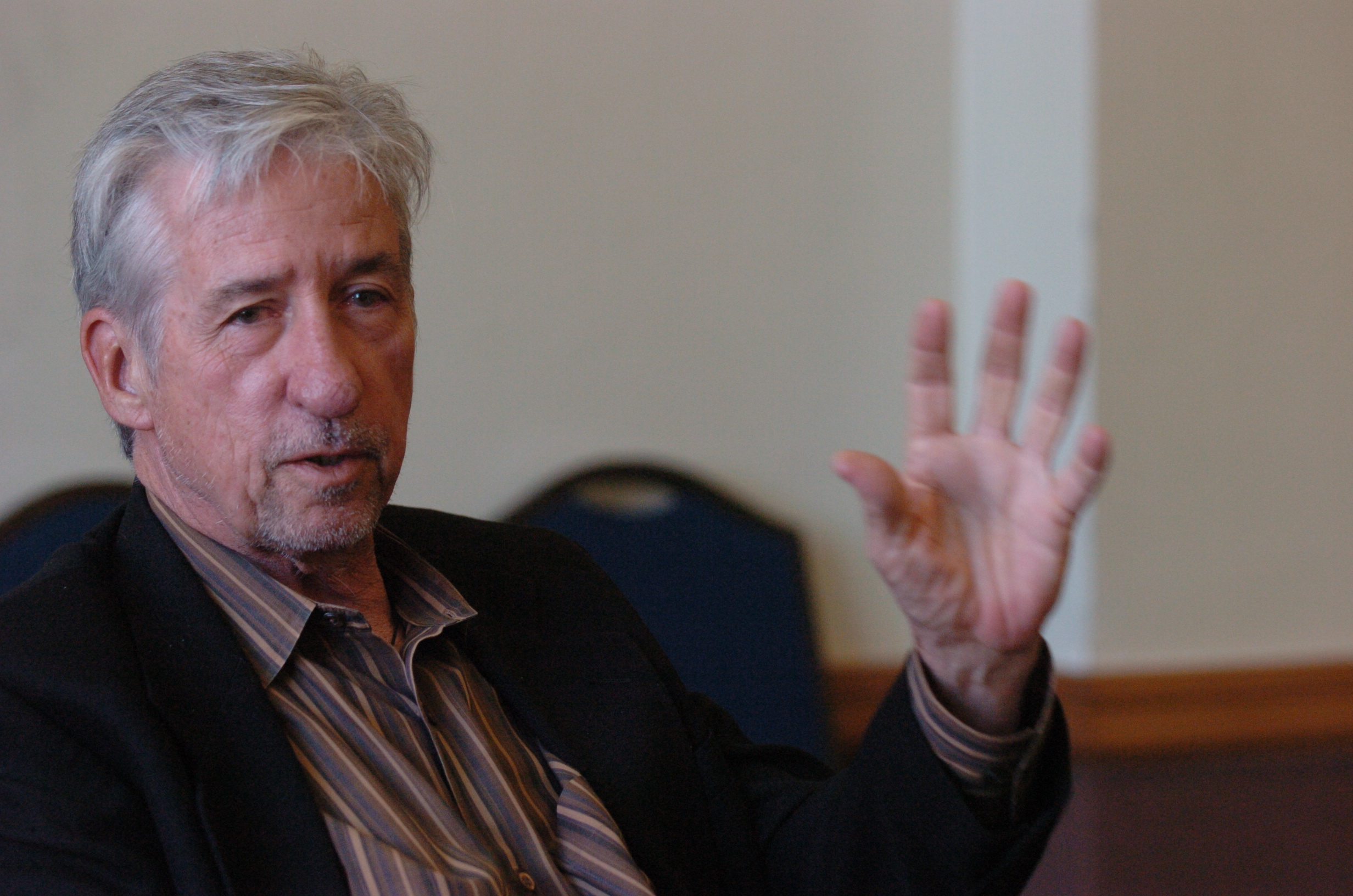 Published In
Ann Arbor News, May 1, 2007
Caption
Activist and University of Michigan alum Tom Hayden spoke at a press conference Monday at the Michigan Union. He was in Ann Arbor to speak at the meeting of the Washtenaw branch of the ACLU of Michigan.
Copyright
Copyright Protected 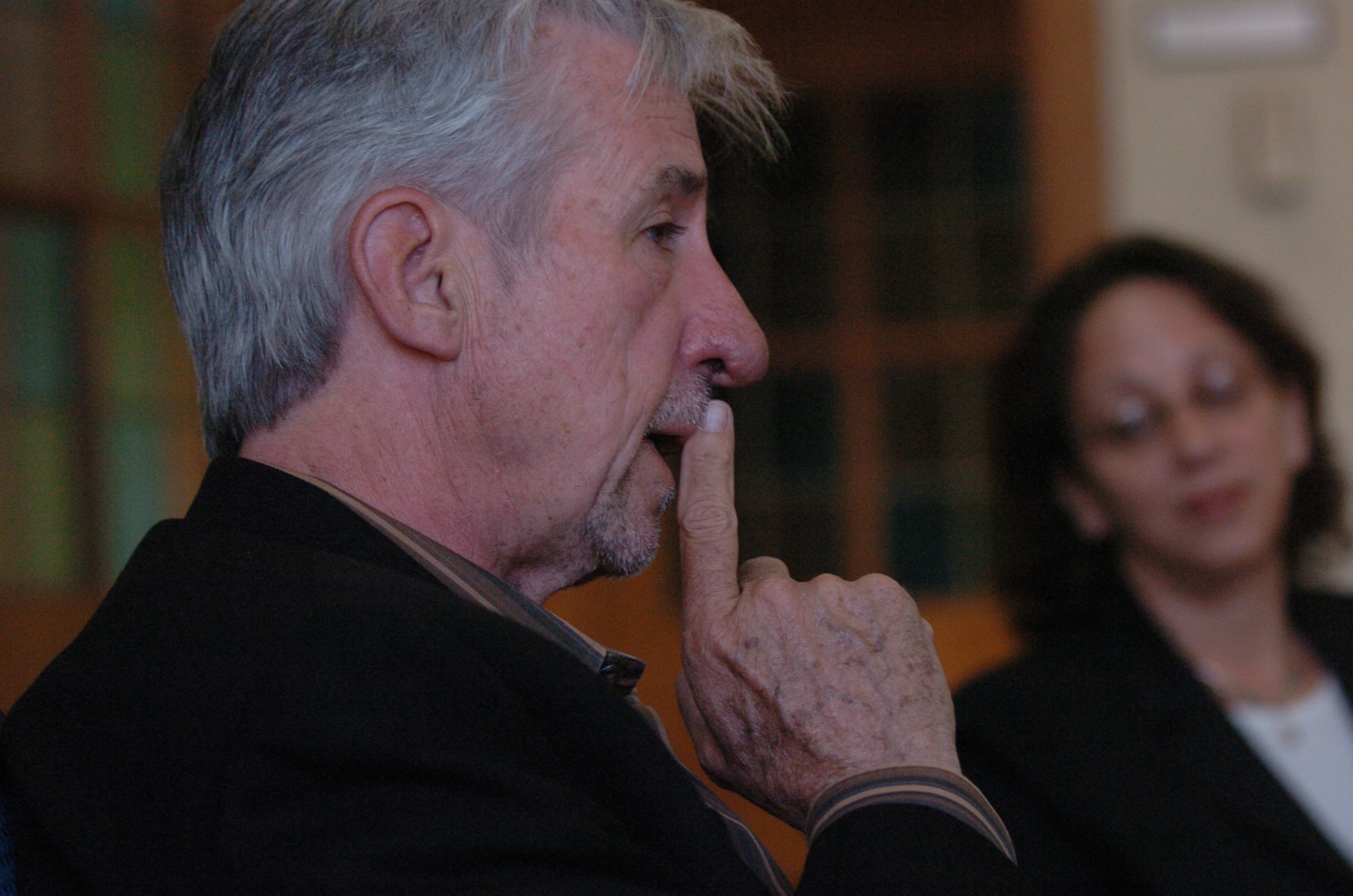 Published In
Ann Arbor News, May 1, 2007
Caption
Hayden History - Former editor of the Michigan Daily while a student in the 1960s at the University of Michigan. One of the Chicago Seven, who were charged with inciting violent protests at the 1968 Democratic Convention in Chicago. Once married to fellow activist and actress Jane Fonda. Elected to the California State Assembly and the State Senate. Unsuccessfully ran for governor of California.
Copyright
Copyright Protected
Subscribe to Press Conferences