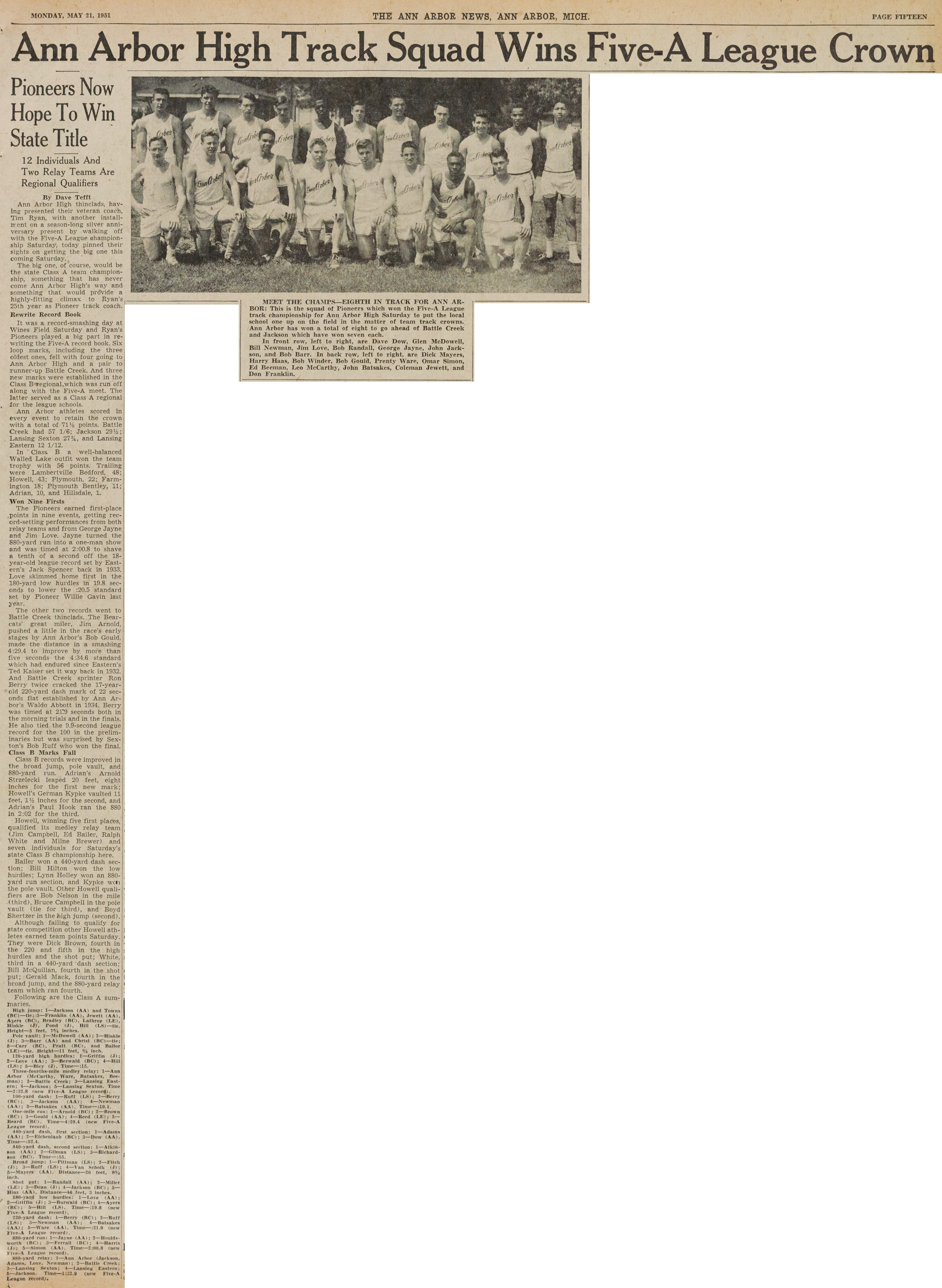 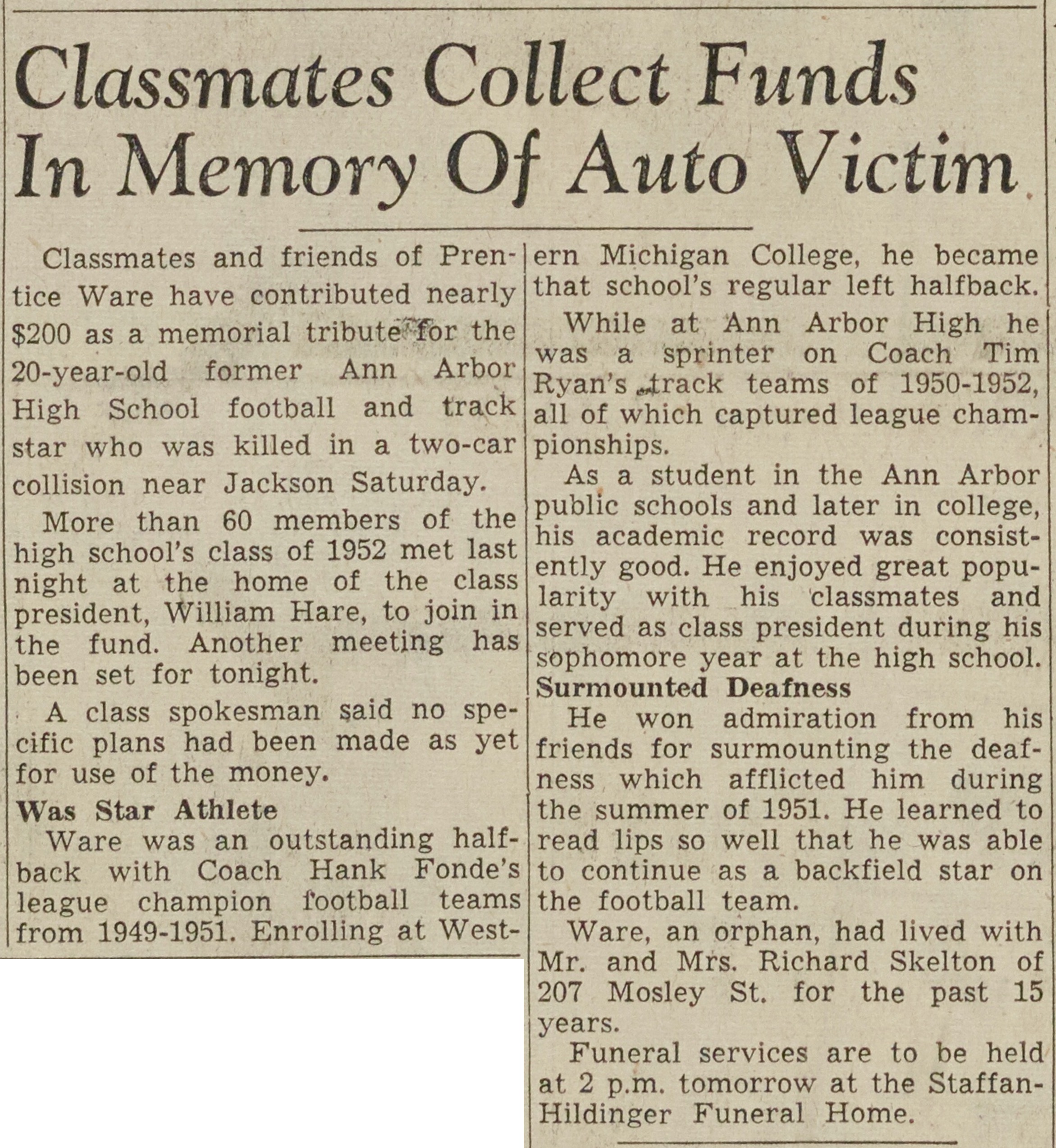 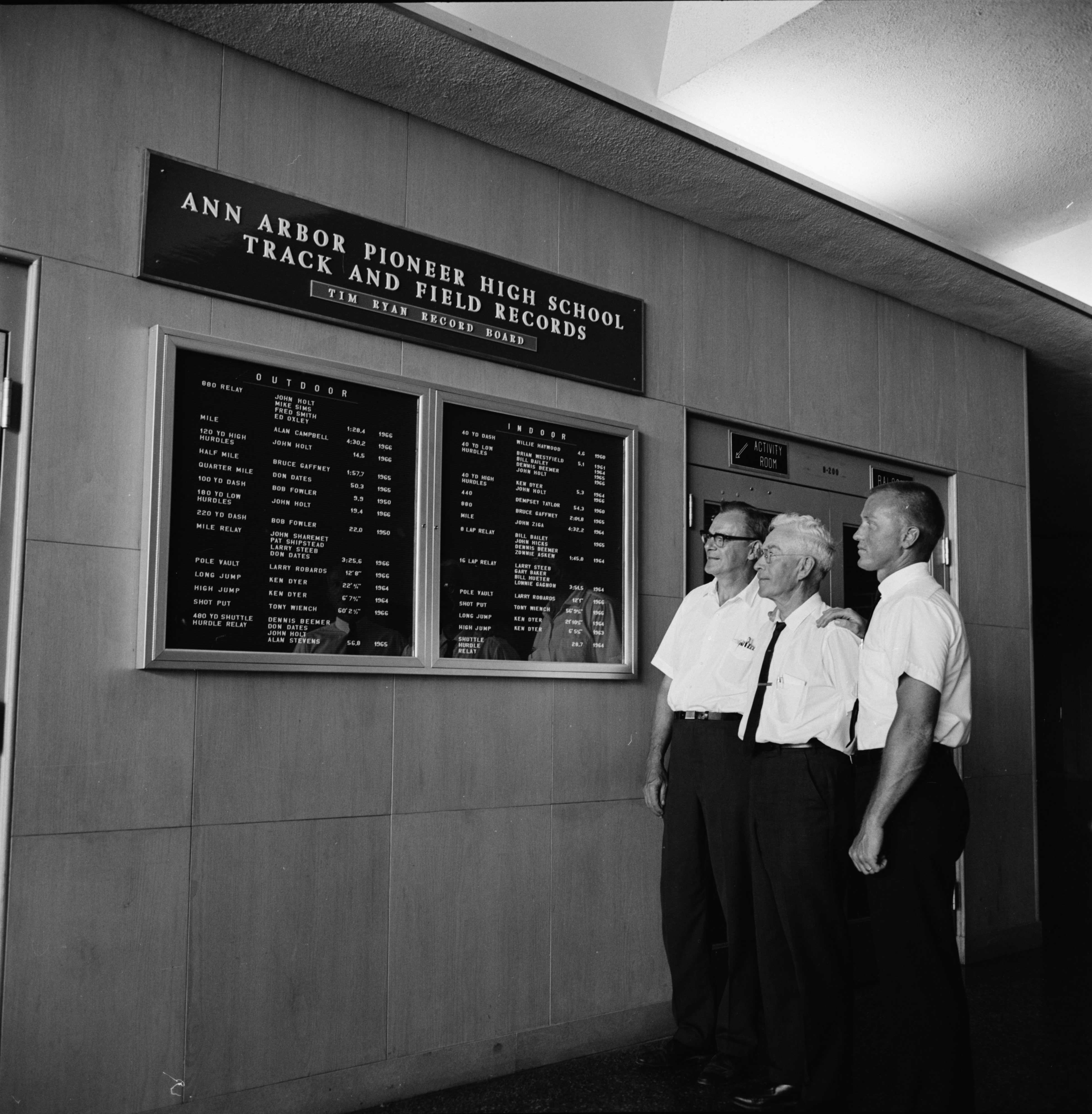 Published In
Ann Arbor News, July 6, 1966
Caption
Former Track Coach Honored: Tim Ryan (center), Ann Arbor High track coach who served the school for 38 years from 1926 to 1964, looks over the recently placed record board dedicated in his honor. Ryan coached several of the finest cinder squads in Michigan prep history and during the late 40's and early 50's compiled an amazing record of 45 victories in 46 dual meets. At left is Frank Kline, Ann Arbor High athletic director, and at right is Jim Love, the present track coach who succeeded Ryan in 1964. The board bears the name Pioneer High as a result of the Board of Education's decision to rename Ann Arbor High in view of the planned construction of a second high school which will be named Huron High.
Copyright
Copyright Protected

Ann Arbor's Dyer Goes Up, Up, Up 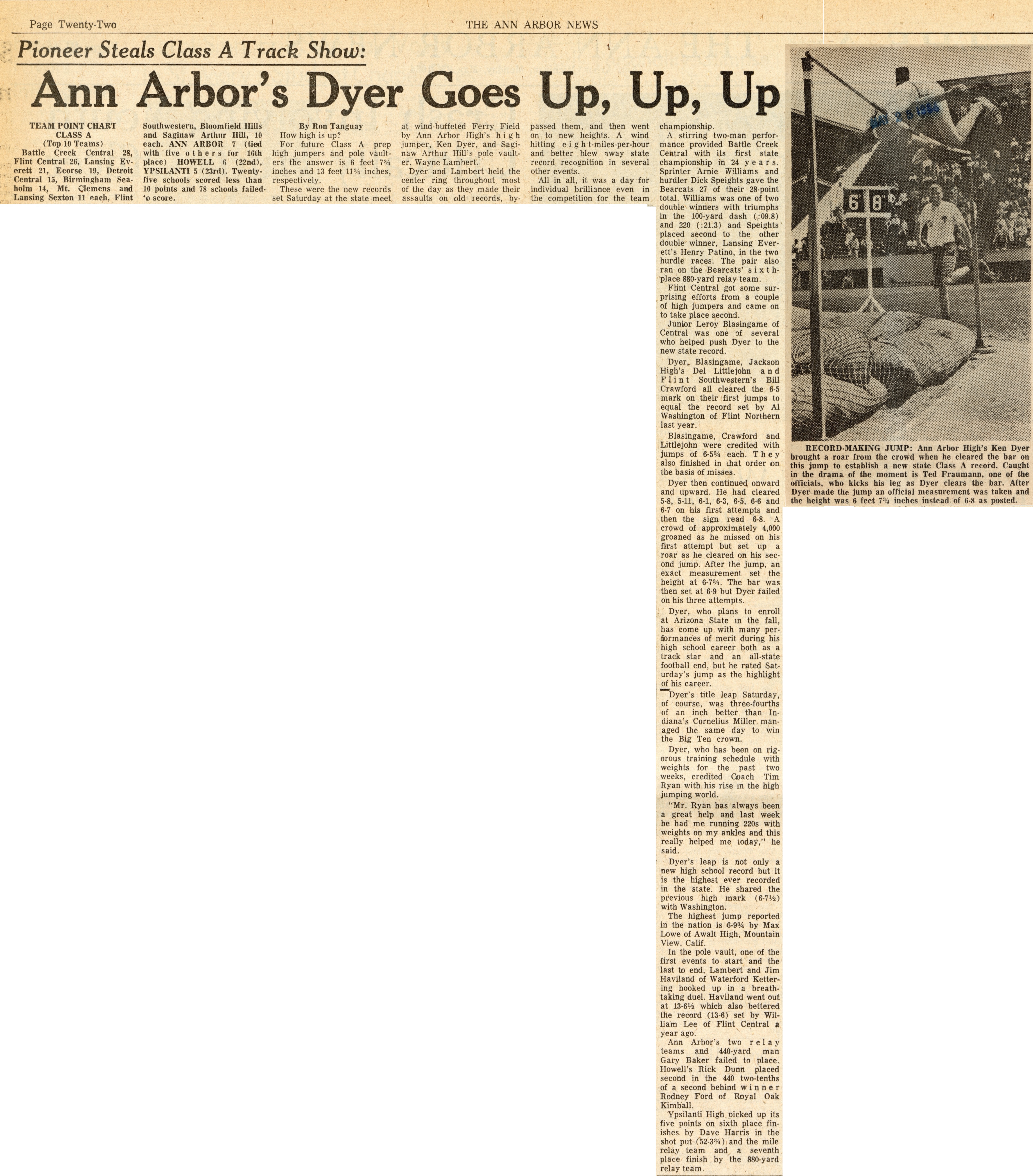 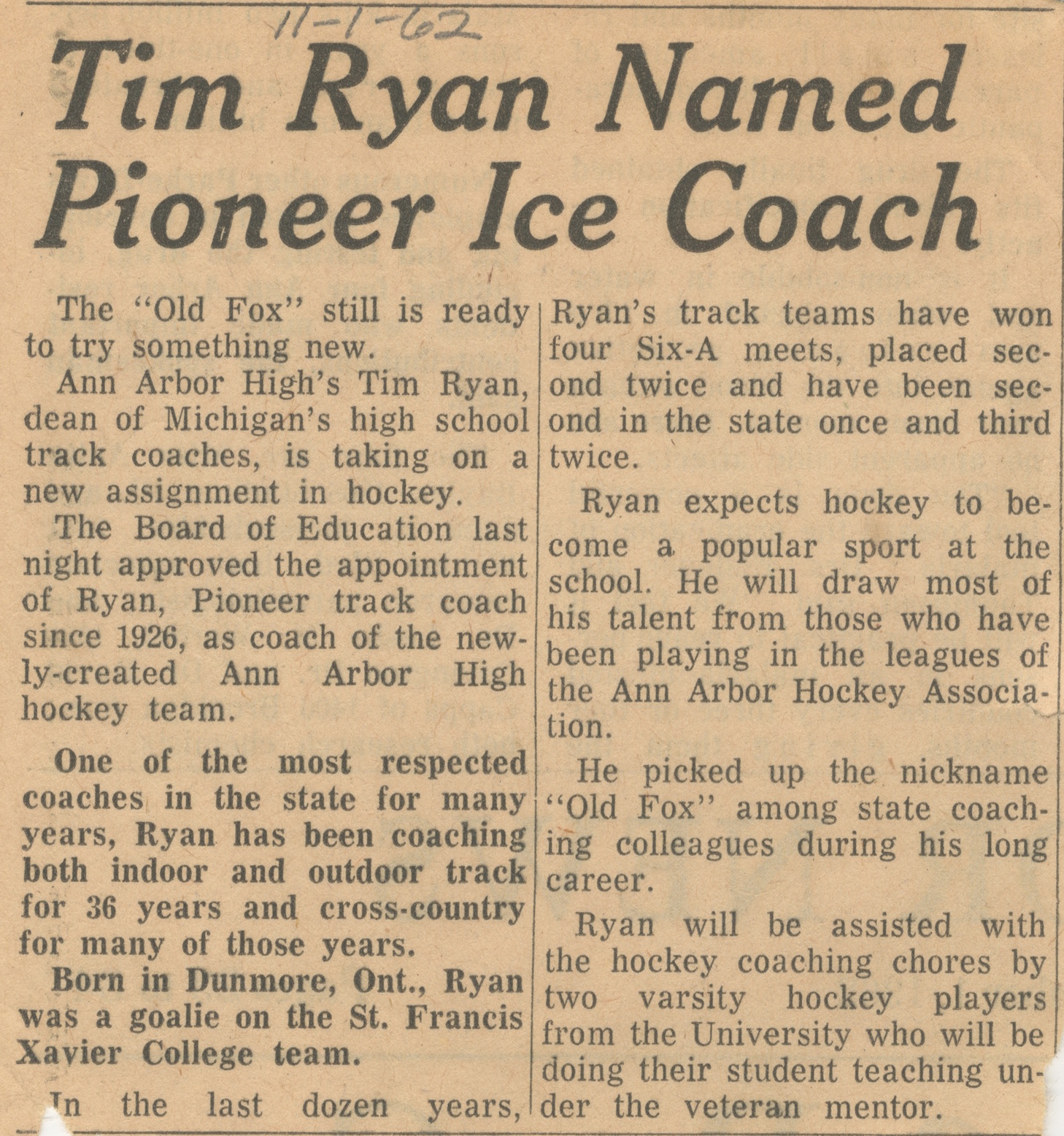 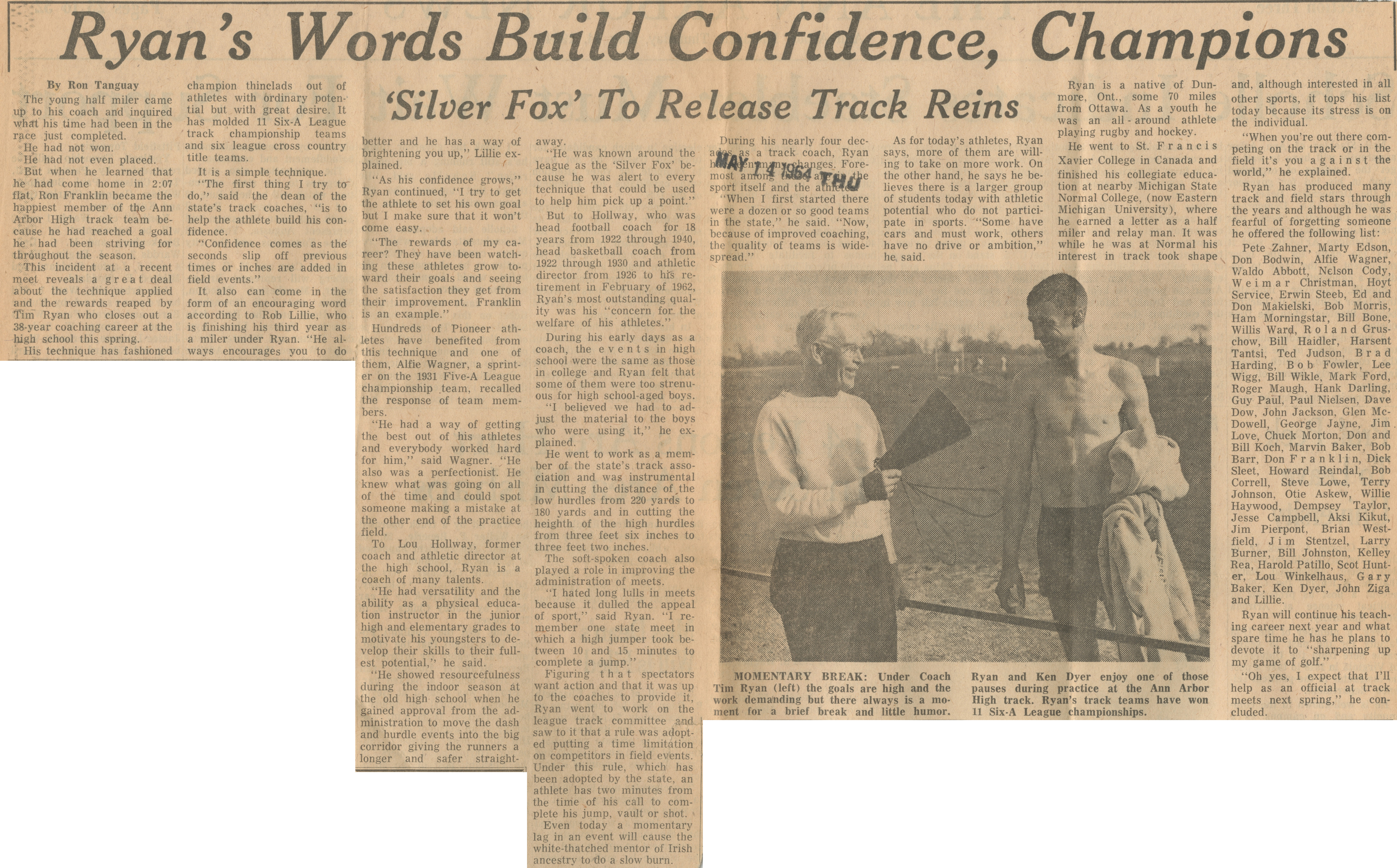 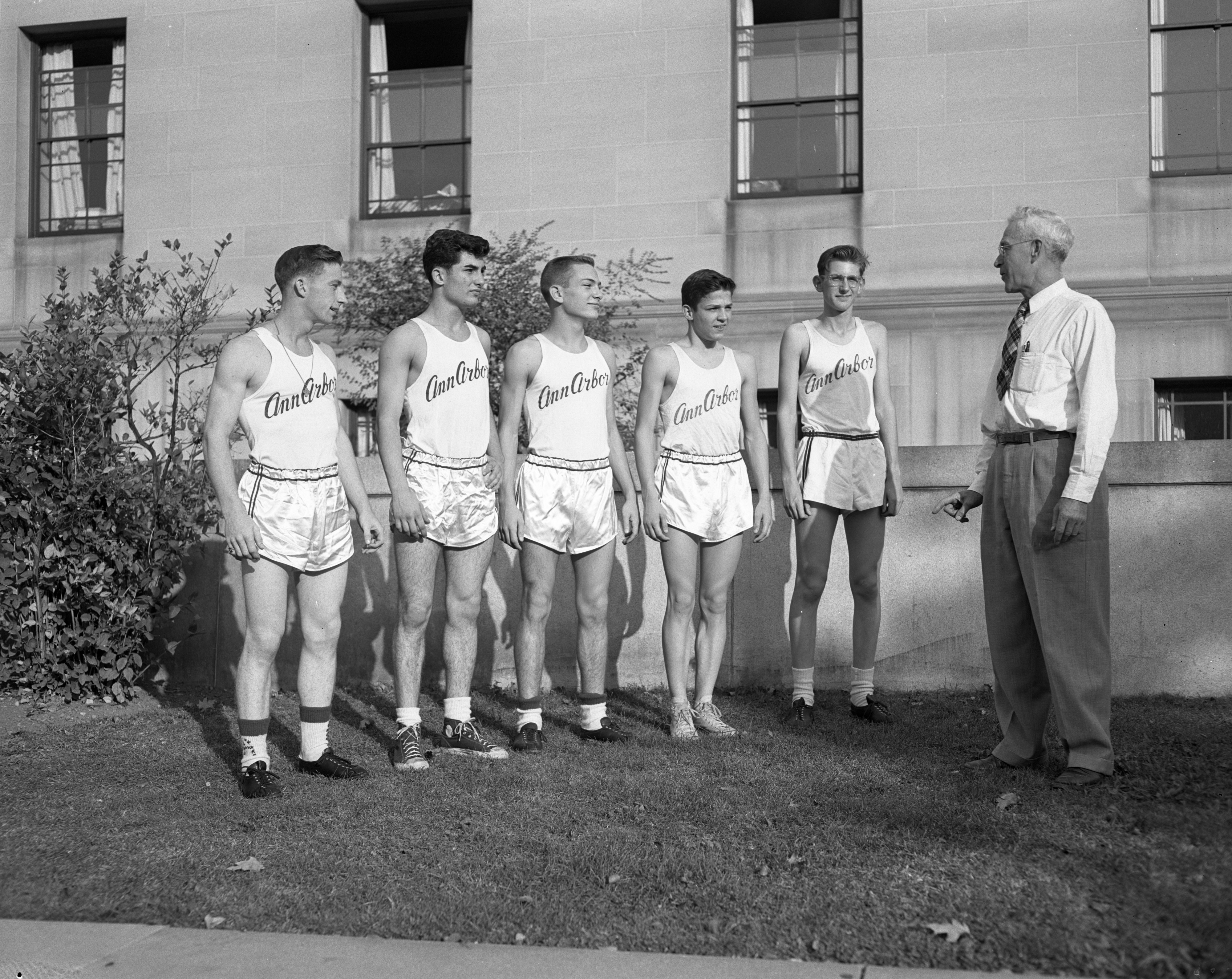