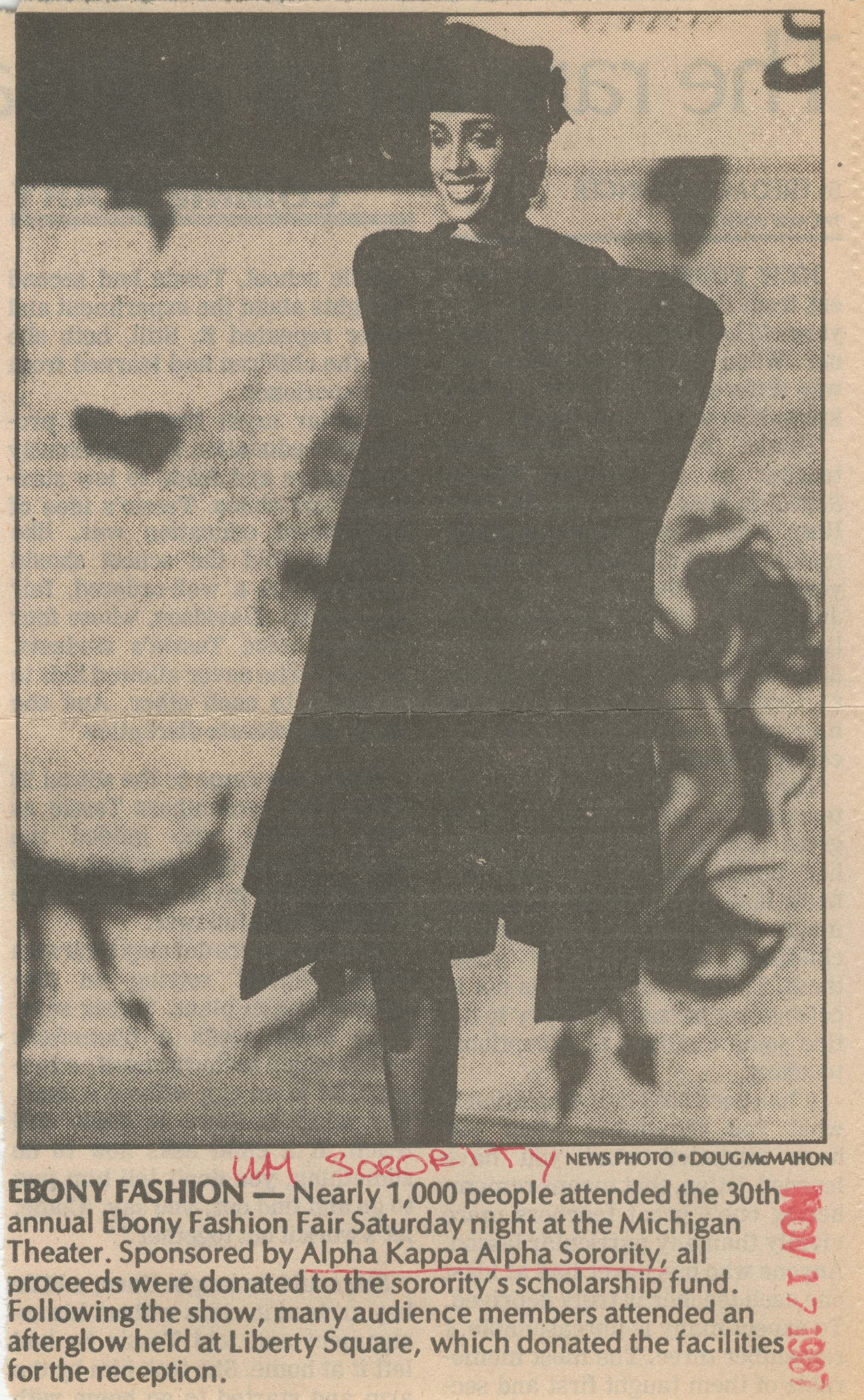 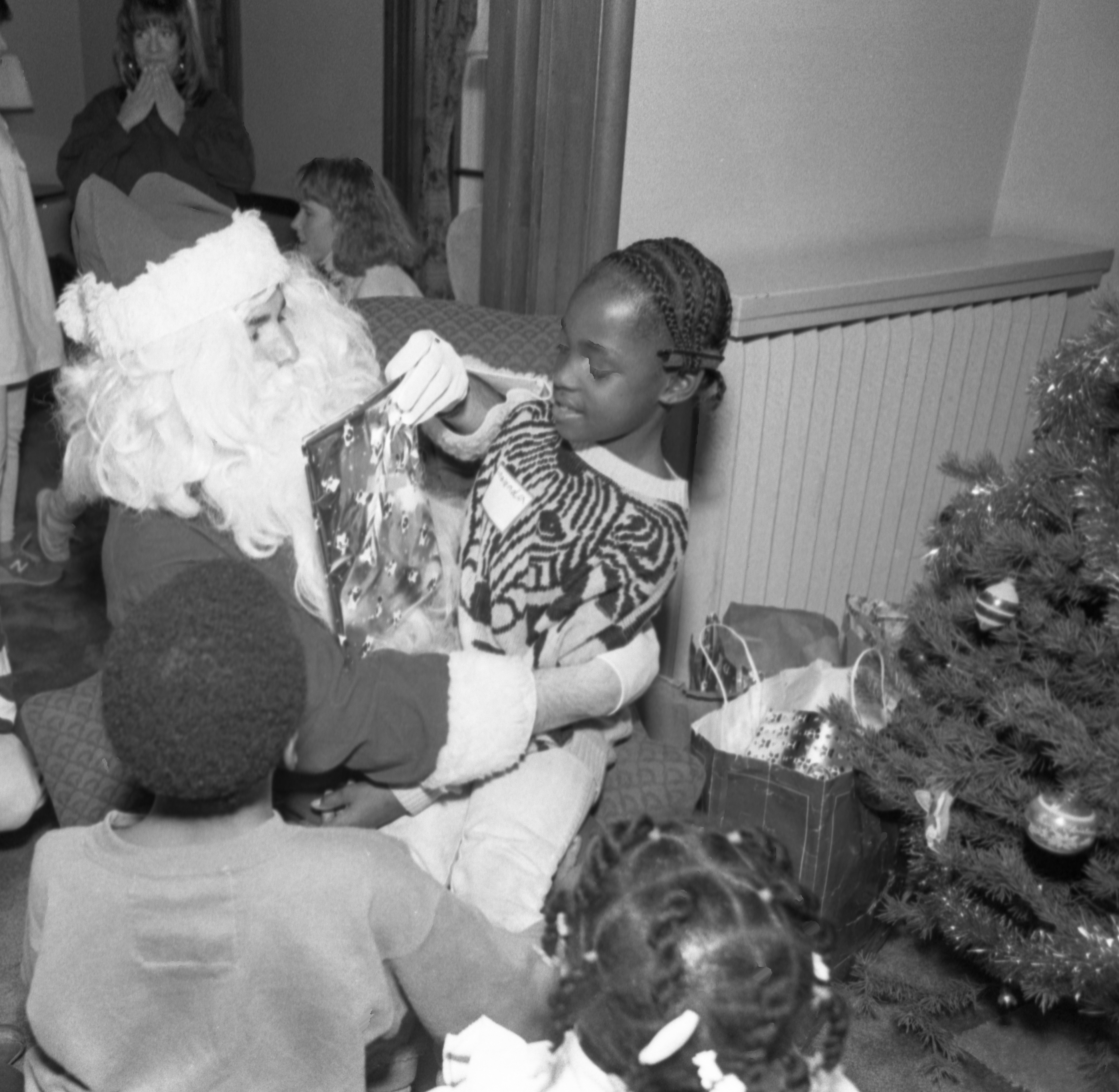 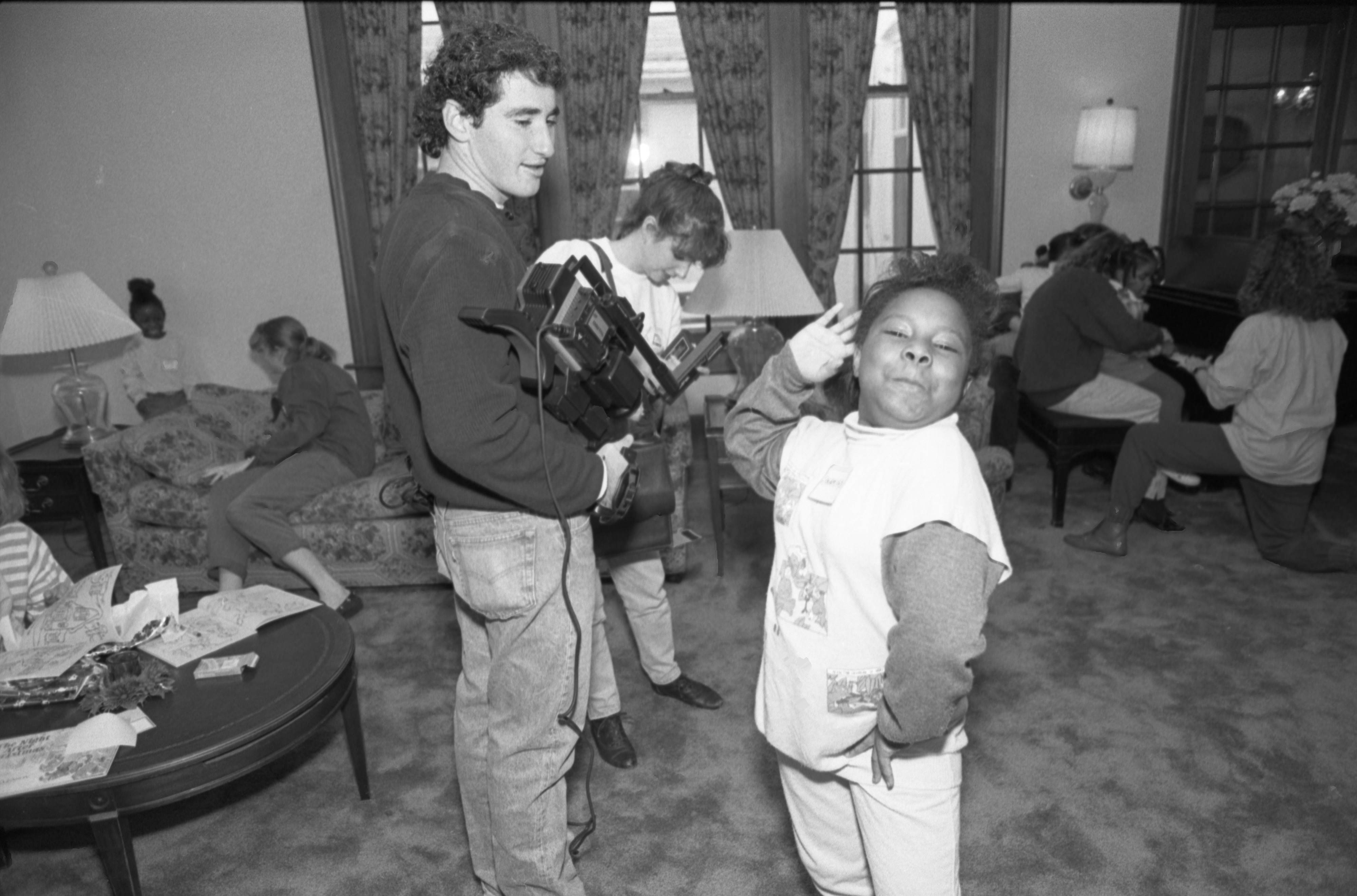 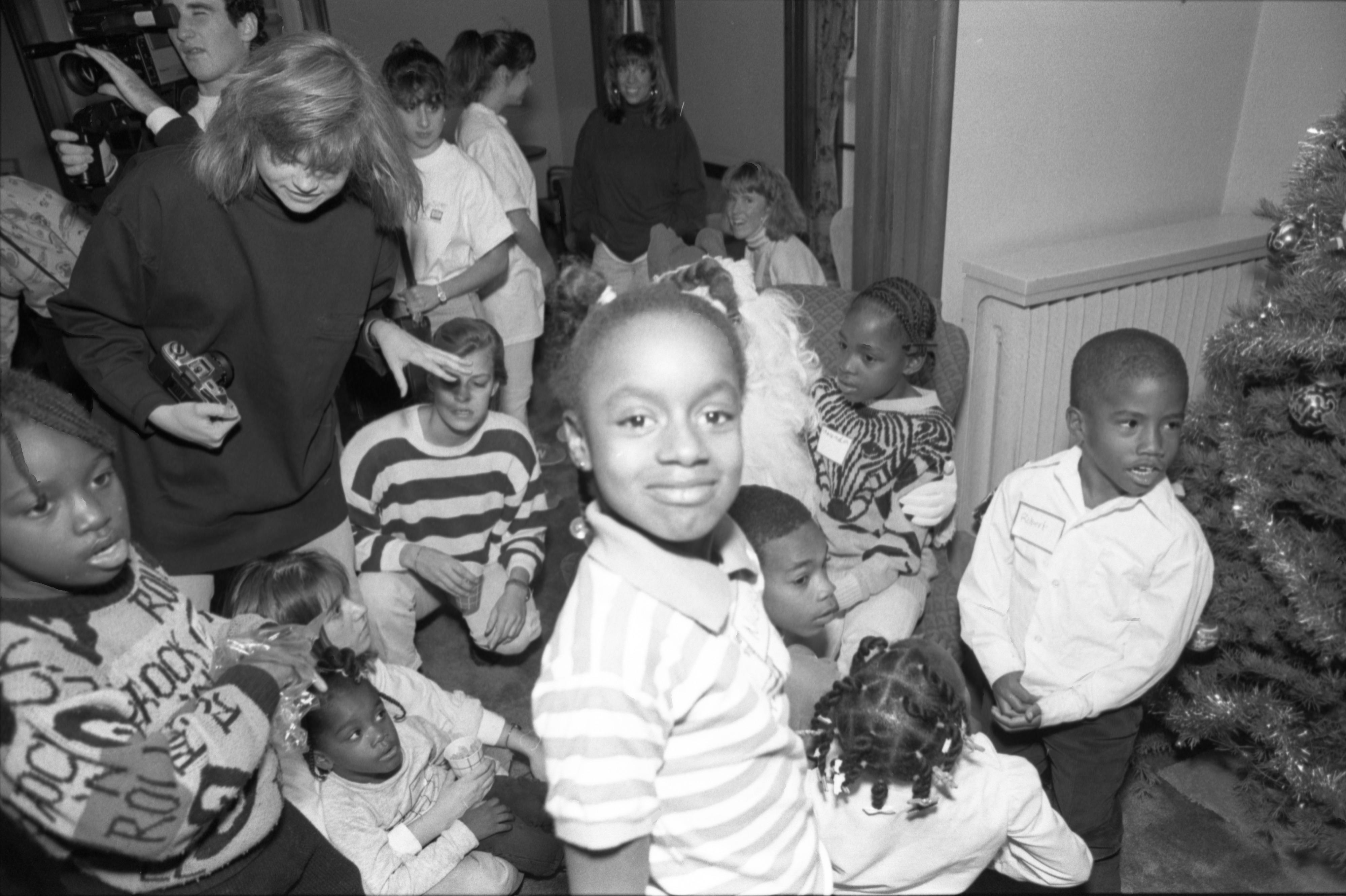 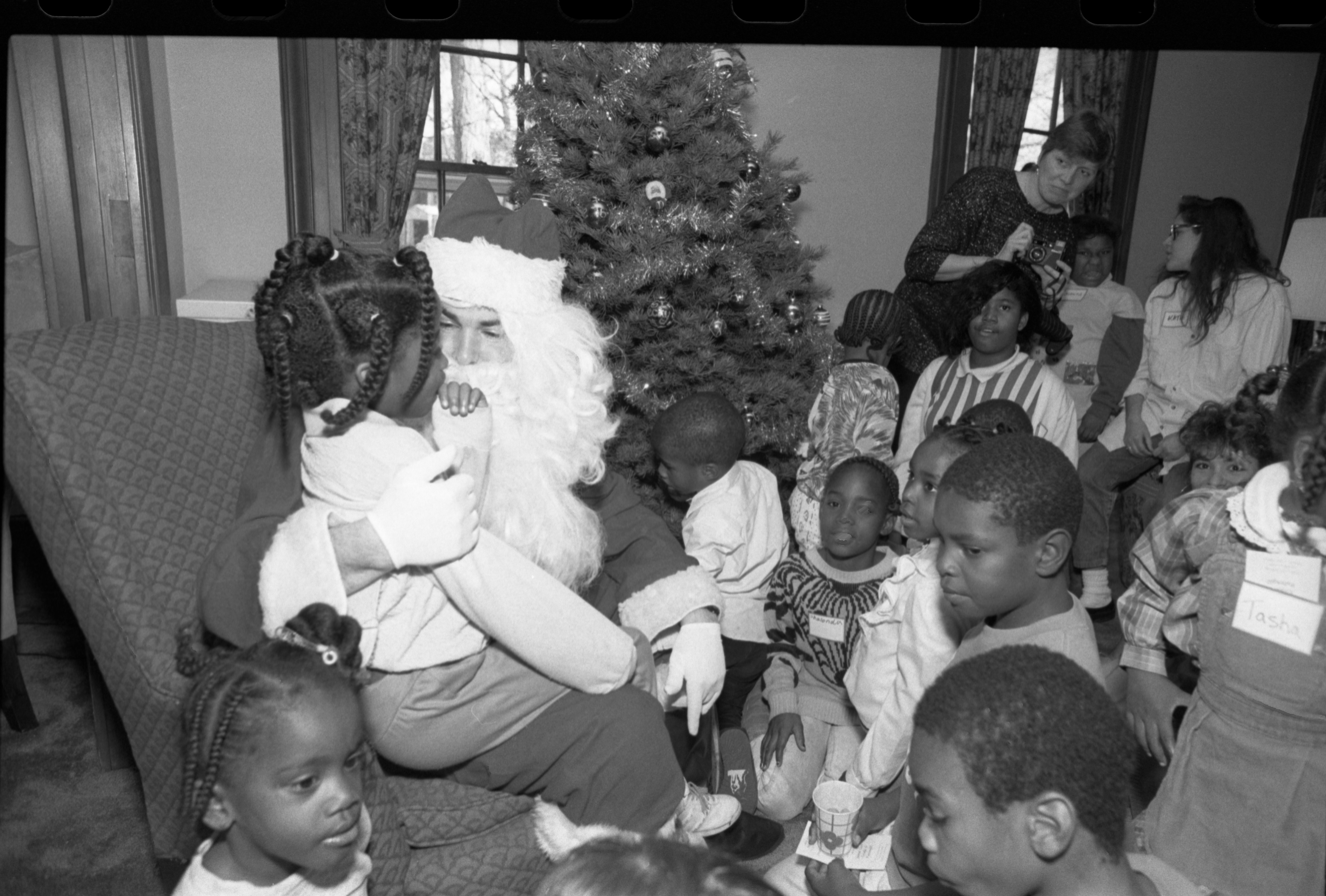 Published In
Ann Arbor News, December 9, 1987
Caption
Kappa Claus: Members of Kappa Alpha Theta sorority at the University of Michigan played host to a group of youngsters from the Hikone Public Housing Project at a holiday party last weekend. Guest of honor was none other than the jolly old toymaker himself. The party also included crafts, snacks, and coloring books for the children.
Copyright
Copyright Protected 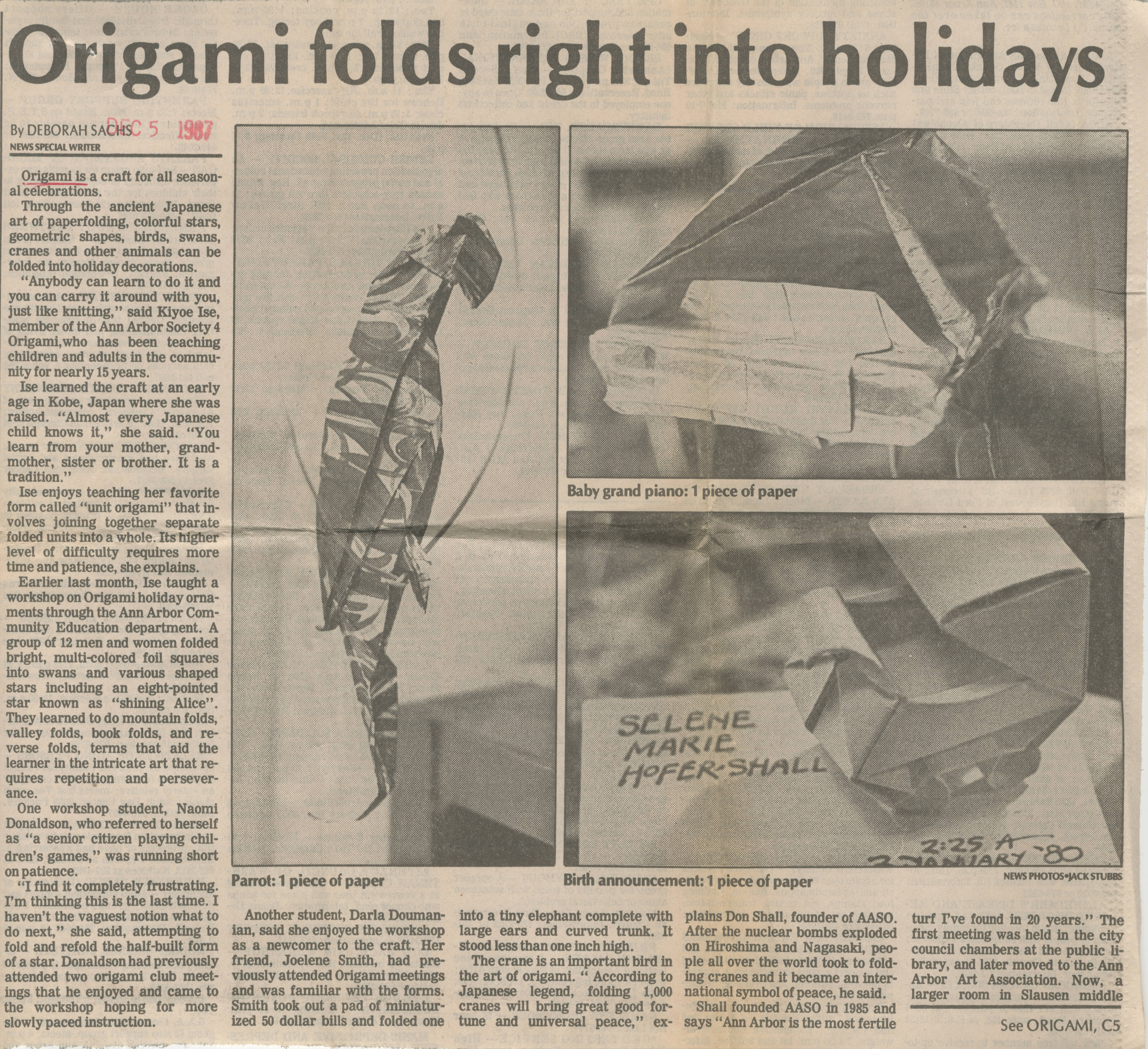 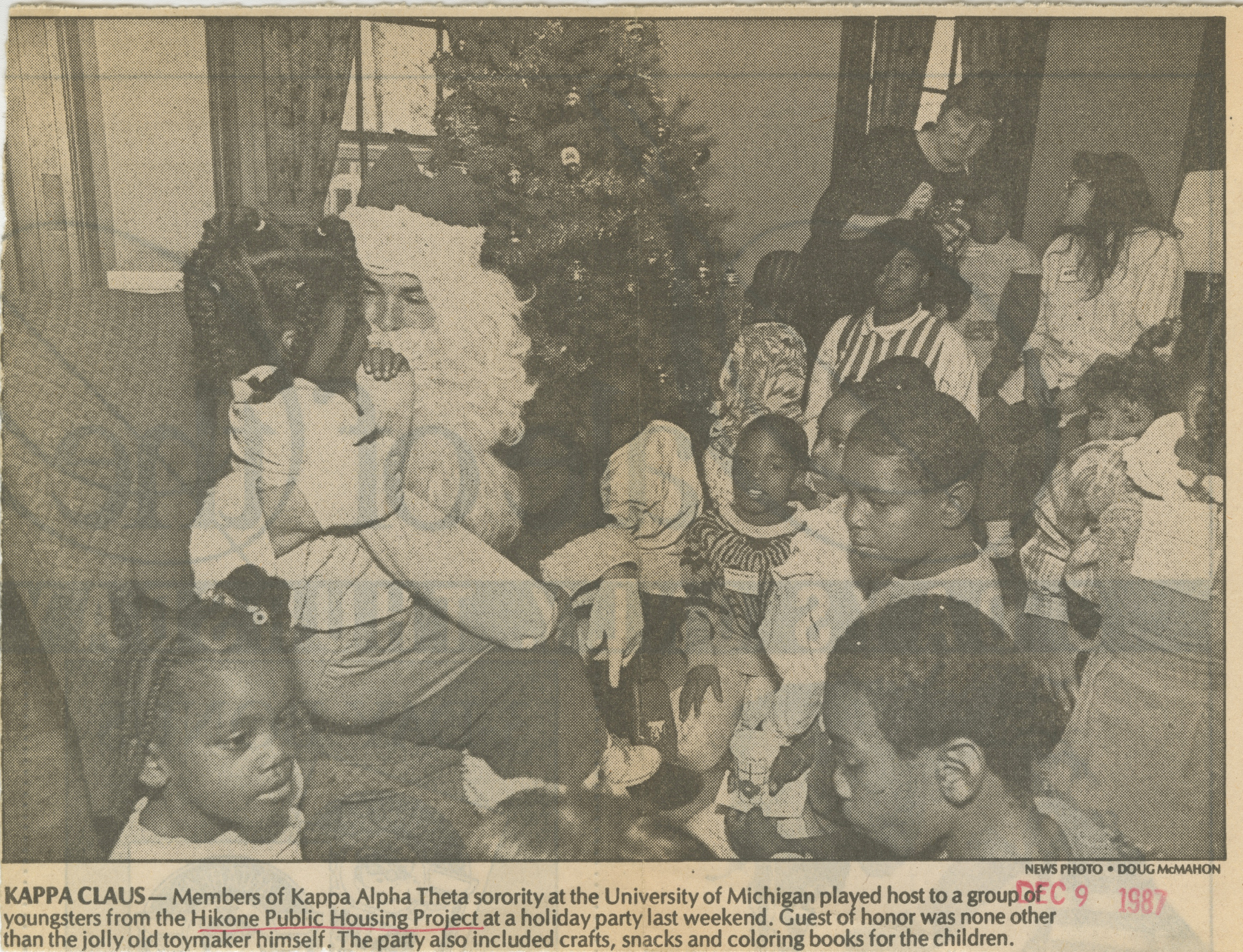 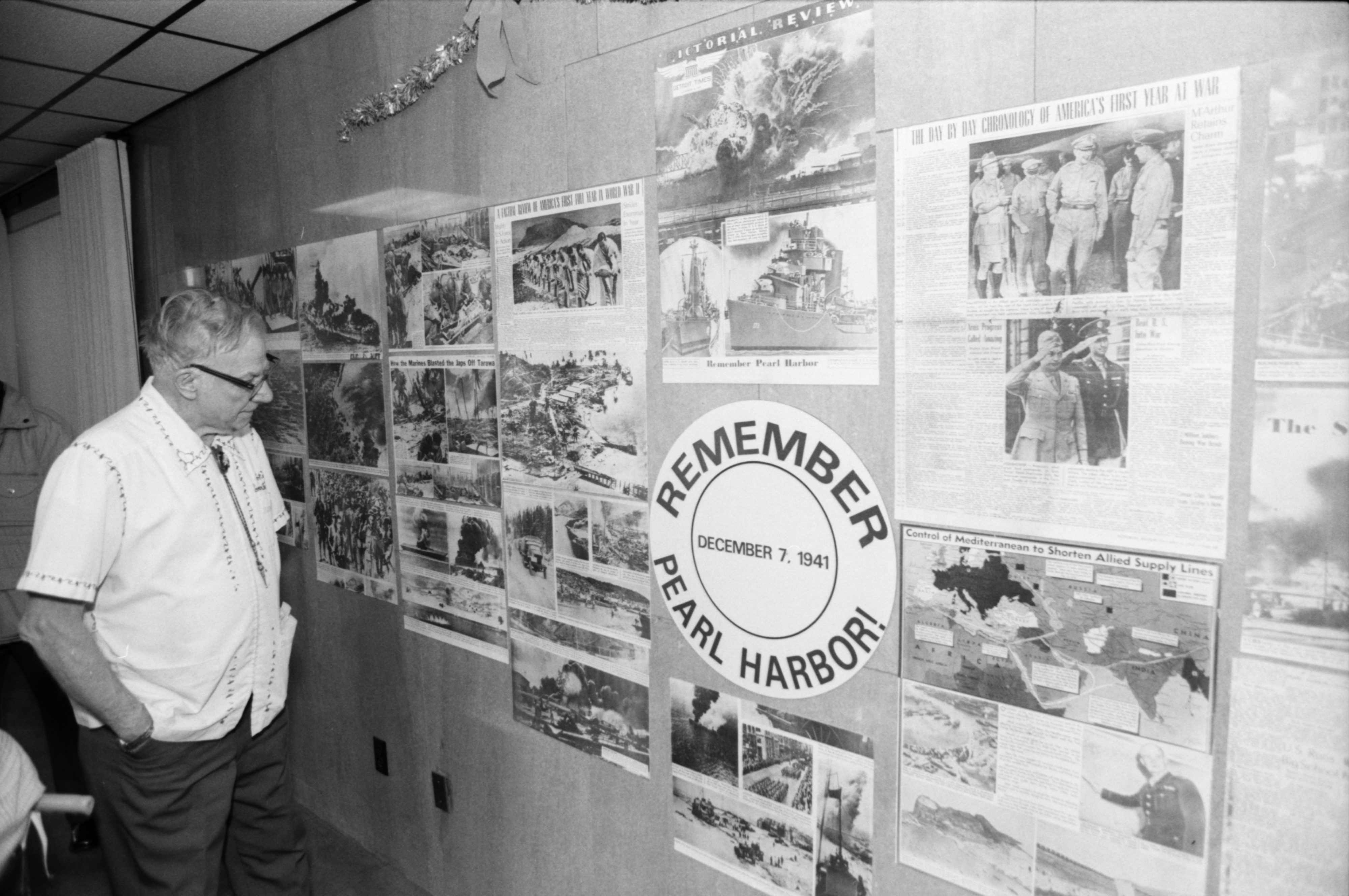 Published In
Ann Arbor News, December 8, 1987
Caption
Monday was Dec. 7 - and the 42nd anniversary of the attack on Pearl Harbor. Greg Gregerson, who enlisted in the Navy Dec. 8, 1941, reads about the attack and the war that followed in a display at the Veterans Administration Hospital in Ann Arbor. Gregerson served till Nov. 2, 1945. In a wartime visit to Hawaii, he saw the USS Oklahoma - sunk on Pearl Harbor Day - being raised.
Copyright
Copyright Protected 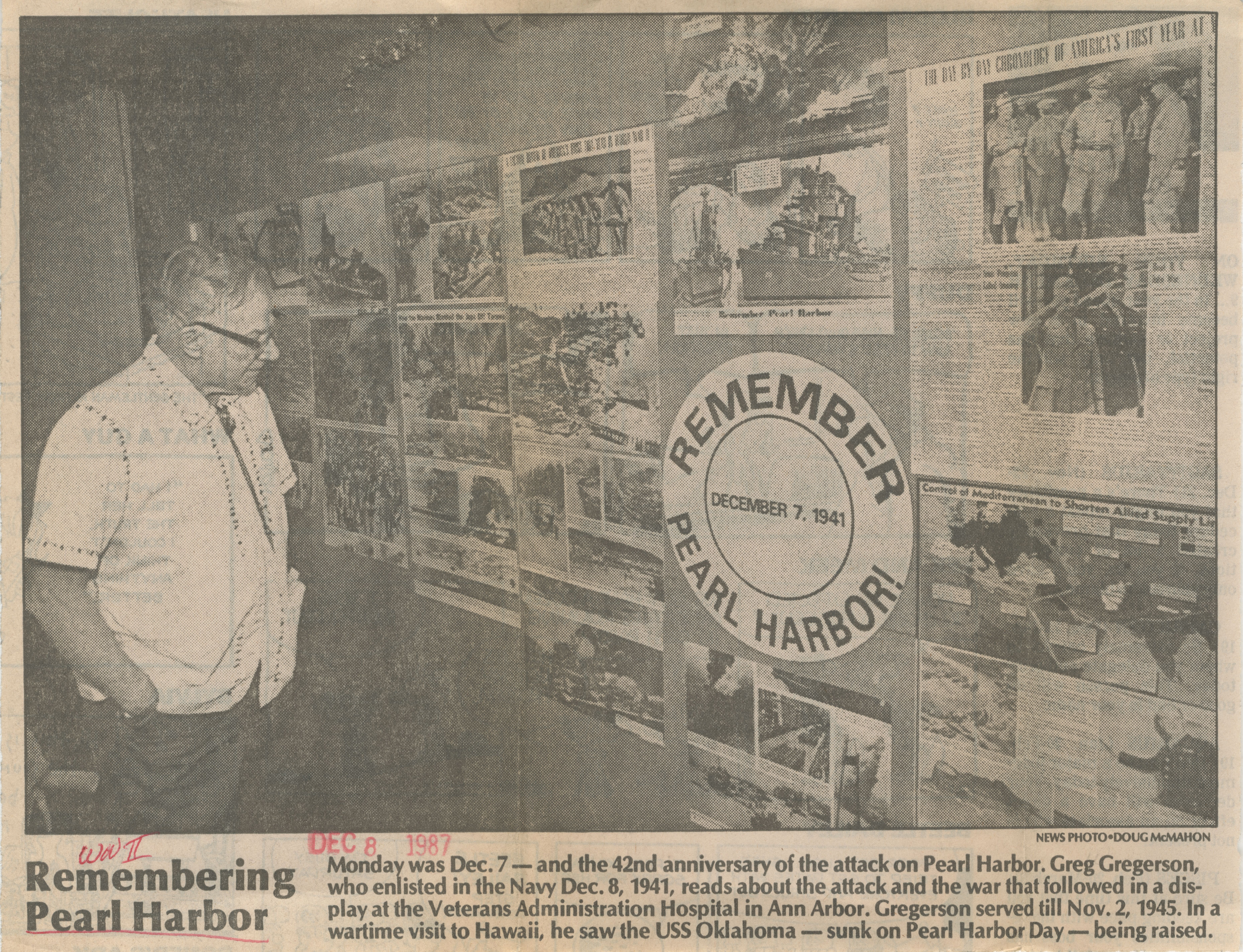 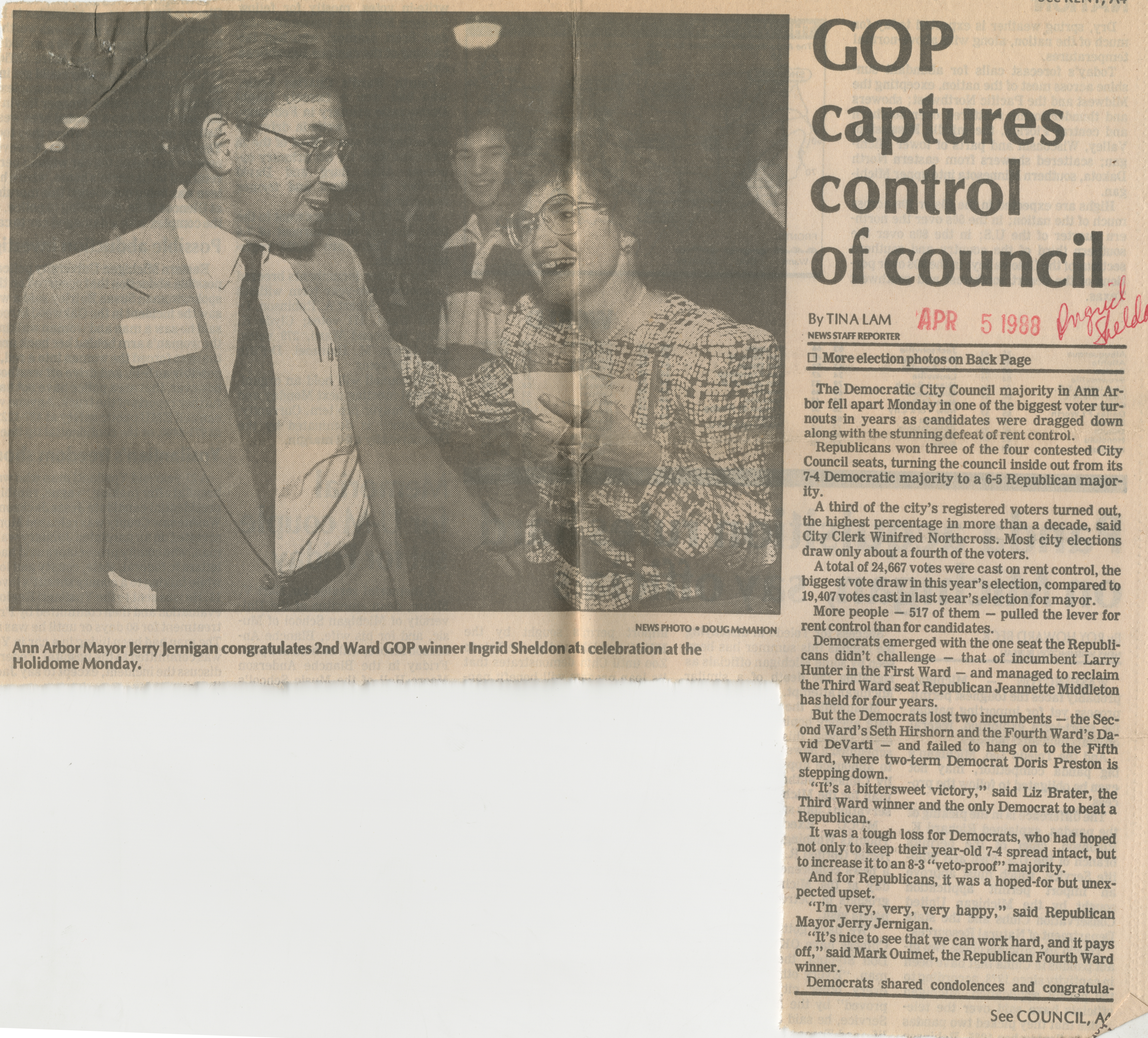