Presenting Alfred Hitchcock Presents is a podcast dedicated to examining each episode of the original "Alfred Hitchcock Presents" television series, show by show in chronological order. In this installment, Gil Larkin is set up for murder. He is a "patsy, a fall guy, a clay pigeon." A decoy. He tries to find a witness that will clear him but instead finds the vulnerability that can accompany unrequited love. 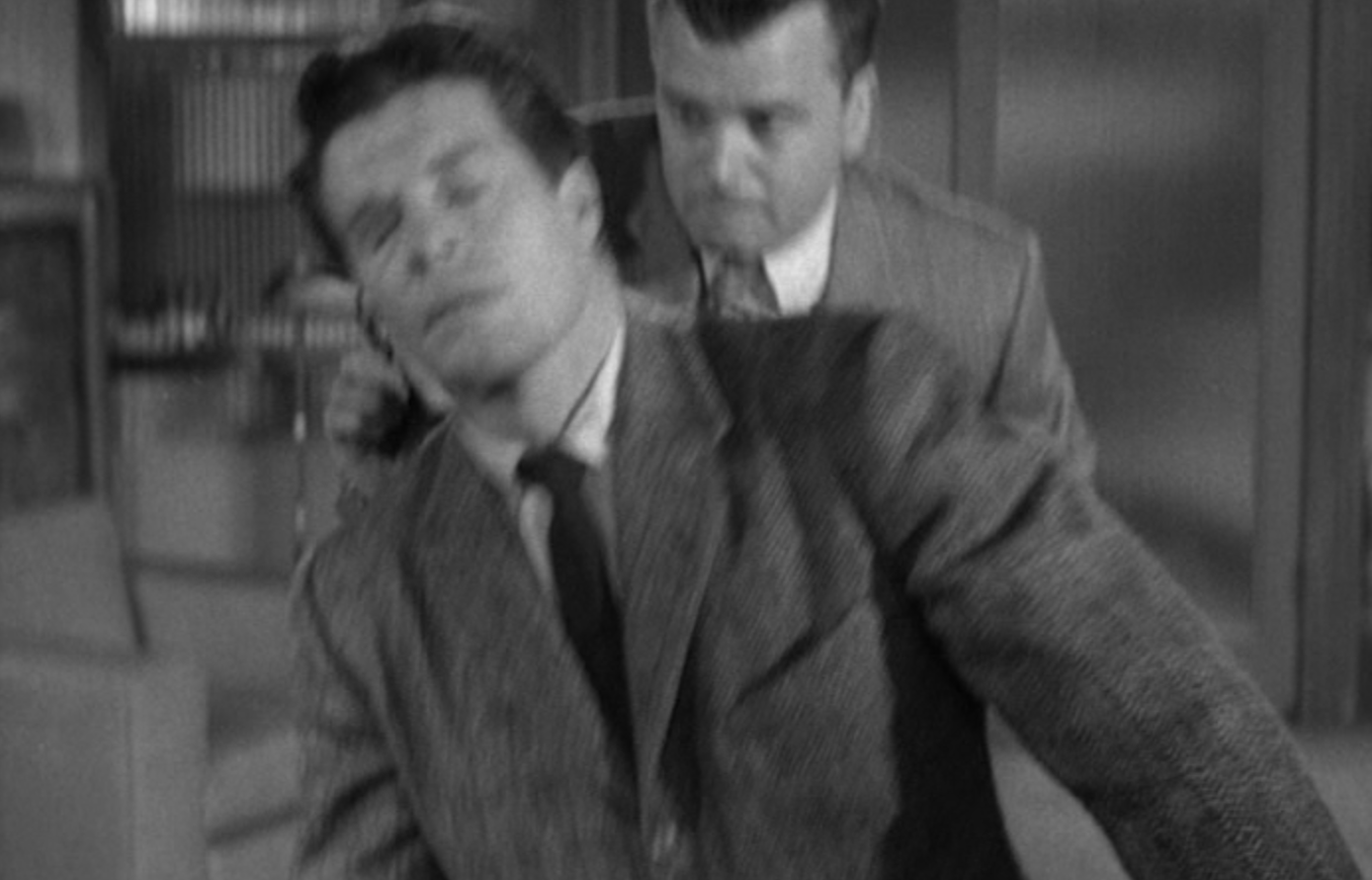 Behind The Marquee: Episode 53 - Alfred Hitchcock with Al Sjoerdsma

Nick has a conversation about all things Hitchcock with Al Sjoerdsma, host of Presenting Alfred Hitchcock Presents from the Ann Arbor District Library. They discuss the research that goes into Al's show, some of his favorite episodes of Alfred Hitchcock Presents, the legacy of Hitchcock and the problematic points of his work, and a whole lot more. Plus, they conclude with their Movie Magic Moments of the Week.

Presenting Alfred Hitchcock Presents is a podcast dedicated to examining each episode of the original "Alfred Hitchcock Presents" television series, show by show in chronological order. In this installment, Paula Hudson buys a mink stole at the "too good to be true" price of $400, getting her in trouble with the law. Police Sgt. Delaney wonders "What's mink got for you women, anyway?" A question with broader social ramifications than he realizes. 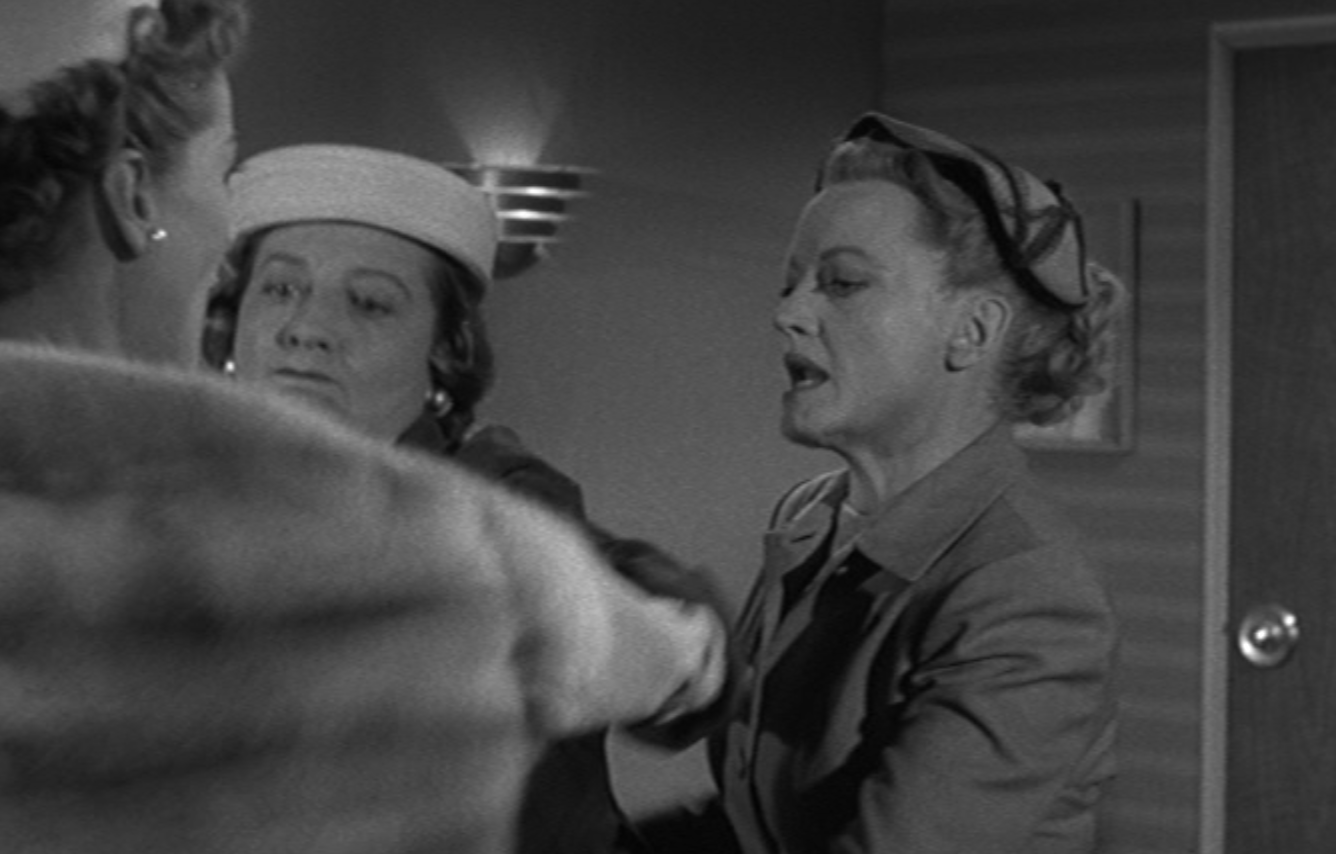 Director John Schlesinger’s Darling was nominated for five Academy Awards, and introduced the world to the transcendently talented Julie Christie. Suddenly the toast of Hollywood, Schlesinger used his newfound clout to film an expensive, Panavision adaptation of Far from the Madding Crowd. Expectations were huge, making the movie’s complete critical and commercial failure even more devastating, and Schlesinger suddenly found himself persona non grata in the Hollywood circles he had hoped to conquer.

Given his recent travails, Schlesinger’s next project seemed doubly daring, bordering on foolish. James Leo Herlihy’s novel Midnight Cowboy, about a Texas hustler trying to survive on the mean streets of 1960’s New York, was dark and transgressive.

His decision to film it began one of the unlikelier convergences in cinematic history, centered around a city that seemed, at first glance, as unwelcoming as Herlihy’s novel itself.

Presenting Alfred Hitchcock Presents is a podcast dedicated to examining each episode of the original "Alfred Hitchcock Presents" television series, show by show in chronological order. In this installment, Al looks at the idle rich of Palm Beach as Prince Burhan of India romances "mousey little thing" Irene Cole, much to the surprise of their fellow visitors. But is it love? Or is it something else? 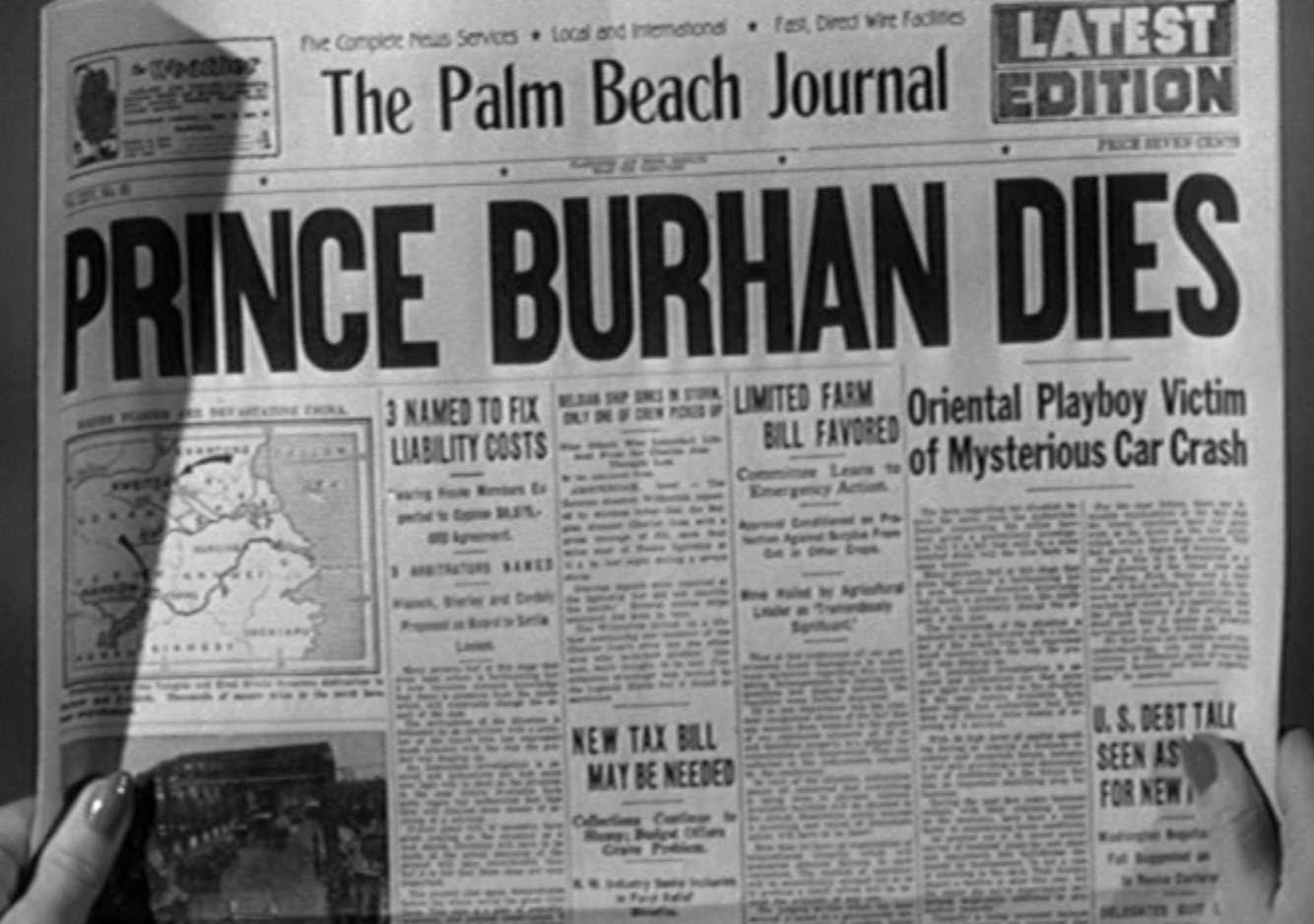 Presenting Alfred Hitchcock Presents is a podcast dedicated to examining each episode of the original "Alfred Hitchcock Presents" television series, show by show in chronological order. In this installment, Al looks at a Hitchcockian Shaggy Dog story as Dana Edwards uses total recall (with Arnold Schwarzenegger nowhere in sight) to track the hit and run driver who killed his fiancee. But like all Shaggy Dog stories, the ending is sure to be a letdown. 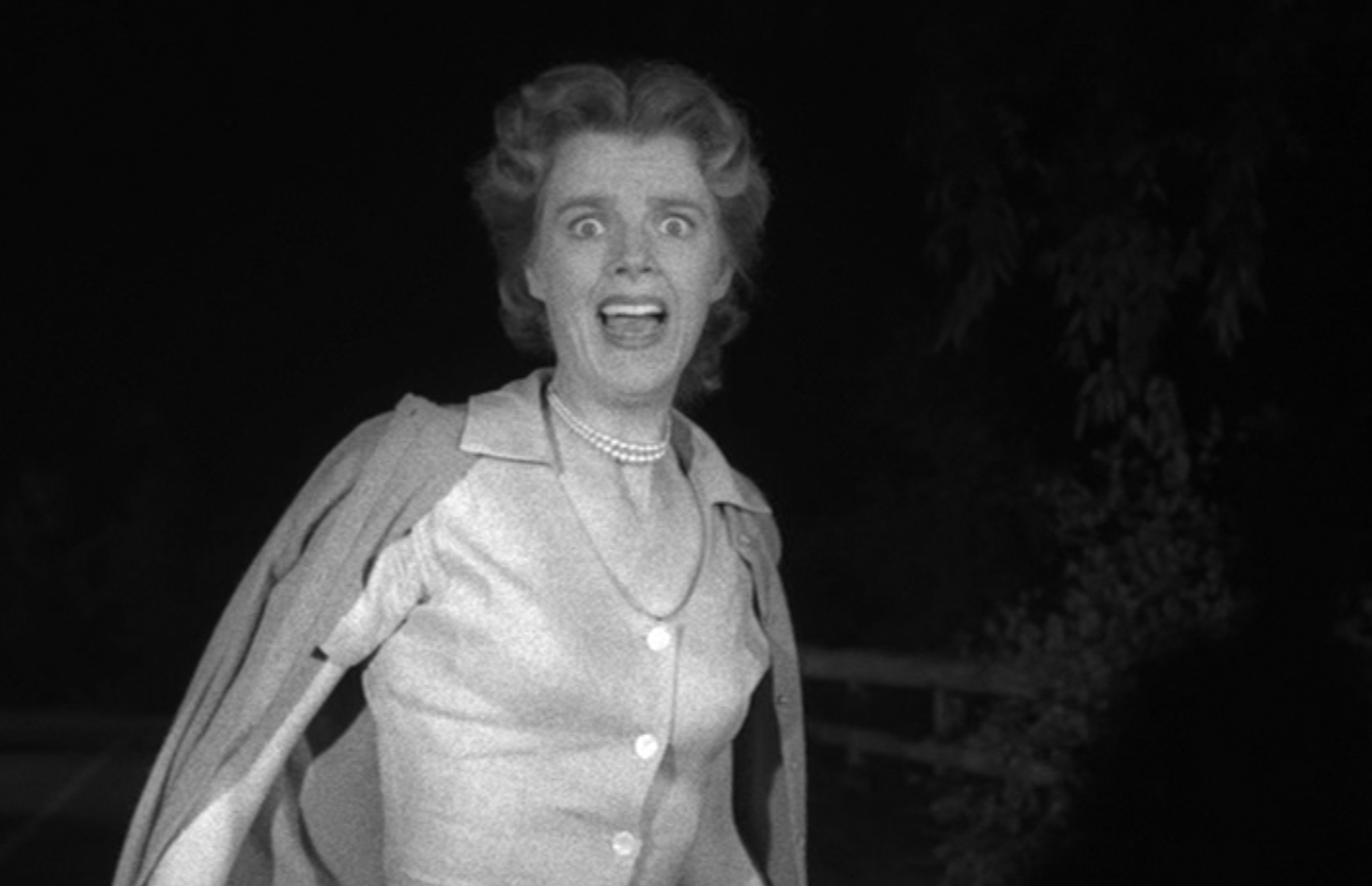 Film historian and acclaimed New York Times bestselling biographer Scott Eyman has written the definitive, “captivating” (Associated Press) biography of Hollywood legend Cary Grant, one of the most accomplished—and beloved—actors of his generation, who remains as popular as ever today.

Born Archibald Leach in 1904, he came to America as a teenaged acrobat to find fame and fortune, but he was always haunted by his past. His father was a feckless alcoholic, and his mother was committed to an asylum when Archie was eleven years old. He believed her to be dead until he was informed she was alive when he was thirty-one years old. Because of this experience Grant would have difficulty forming close attachments throughout his life. He married five times and had numerous affairs.

Despite a remarkable degree of success, Grant remained deeply conflicted about his past, his present, his basic identity, and even the public that worshipped him in movies such as Gunga Din, Notorious, and North by Northwest.

Behind The Marquee: Episode 52 - Making Waves: The Art of Cinematic Sound - Filmmaker Q and A

Nick has a conversation with Midge Costin, Bobette Buster and Karen Johnson, the team behind the documentary 'Making Waves: The Art of Cinematic Sound'. The three discuss their intentions to make a documentary that highlights women in the industry, their decade-long journey in making the film, anecdotes involving Steven Spielberg and Barbra Streisand, and so much more.

Presenting Alfred Hitchcock Presents is a podcast dedicated to examining each episode of the original "Alfred Hitchcock Presents" television series, show by show in chronological order. In this installment, Clint Ringle murders Walt Norton in a jealous rage because he wants to marry Walt's fiancee, Ellie. With a posse pursuing him, Clint knows just where to hide...in the belfry on the roof of the one-room schoolhouse, where Ellie is the schoolteacher. 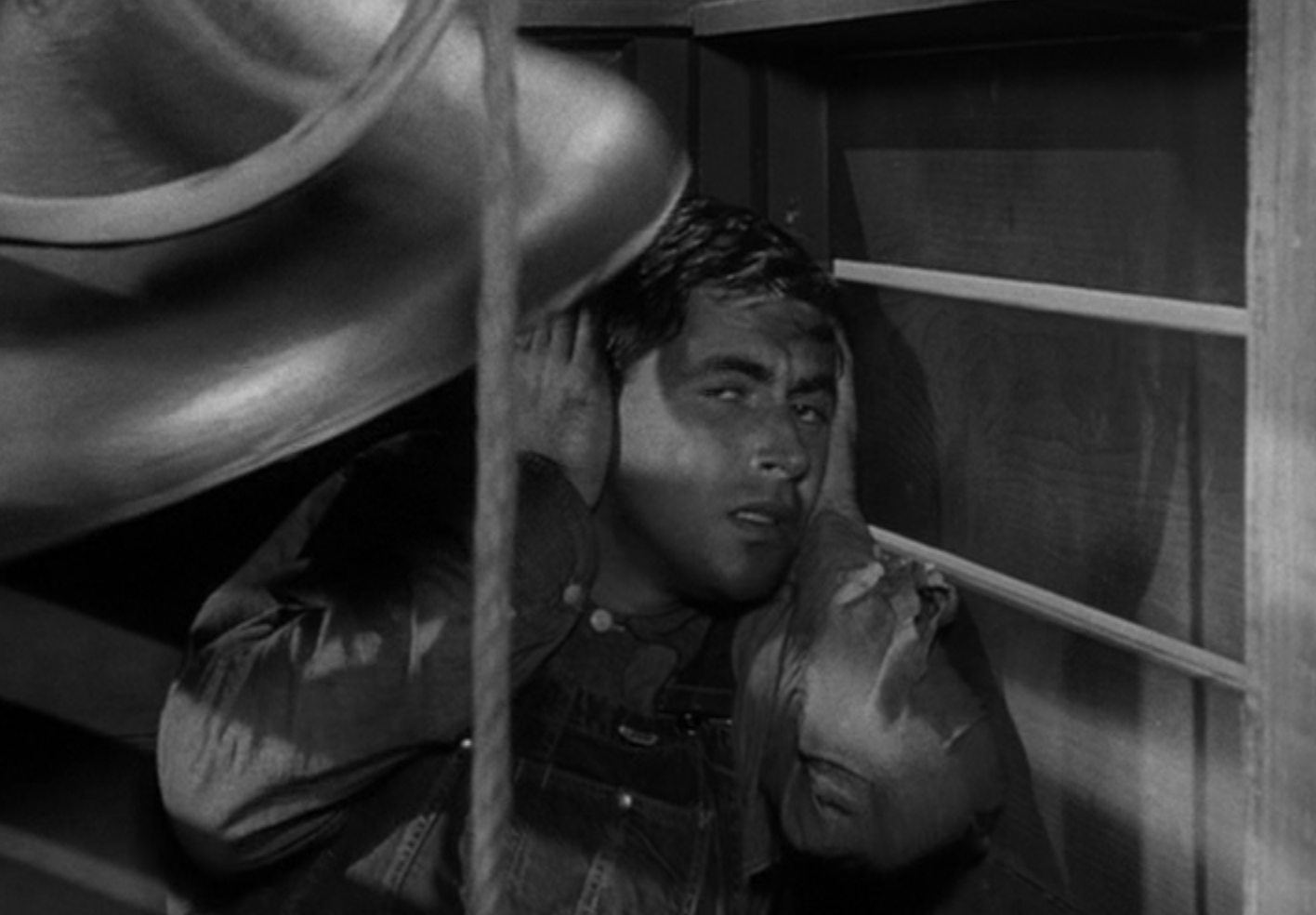 Martin Bandyke Under Covers for May 2021: Martin interviews Harvey Ovshinsky, author of Scratching the Surface: Adventures in Storytelling.

Scratching the Surface: Adventures in Storytelling is a deeply personal and intimate memoir told through the lens of Harvey Ovshinsky's lifetime of adventures as an urban enthusiast. He was only seventeen when he started The Fifth Estate, one of the country's oldest underground newspapers. Five years later, he became one of the country's youngest news directors in commercial radio at WABX-FM, Detroit's notorious progressive rock station. Both jobs placed Ovshinsky directly in the bullseye of the nation's tumultuous counterculture of the 1960s and 70s. When he became a documentary director, Ovshinsky's dispatches from his hometown were awarded broadcasting's highest honors, including a national Emmy, a Peabody, and the American Film Institute's Robert M. Bennett Award for Excellence.

But this memoir is more than a boastful trip down memory lane. It also doubles as a survival guide and an instruction manual that speaks not only to the nature of and need for storytelling but also and equally important, the pivotal role the twin powers of endurance and resilience play in the creative process. You don't have to be a writer, an artist, or even especially creative to take the plunge, Ovshinsky reminds his readers. "You just have to feel strongly about something or have something you need to get off your chest. And then find the courage to scratch your own surface and share your good stuff with others."

Martin’s interview with Harvey Ovshinsky was recorded on March 10, 2021.