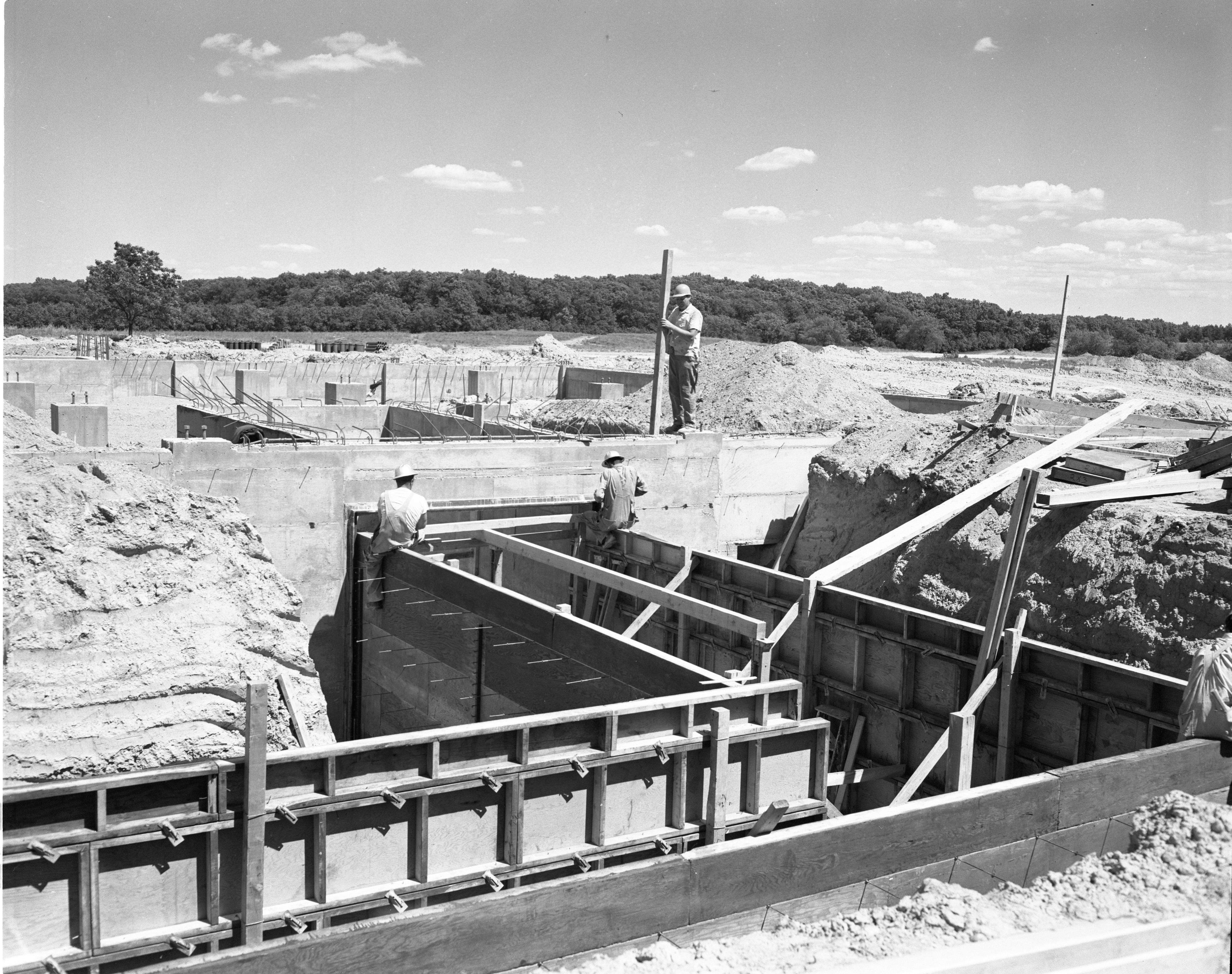 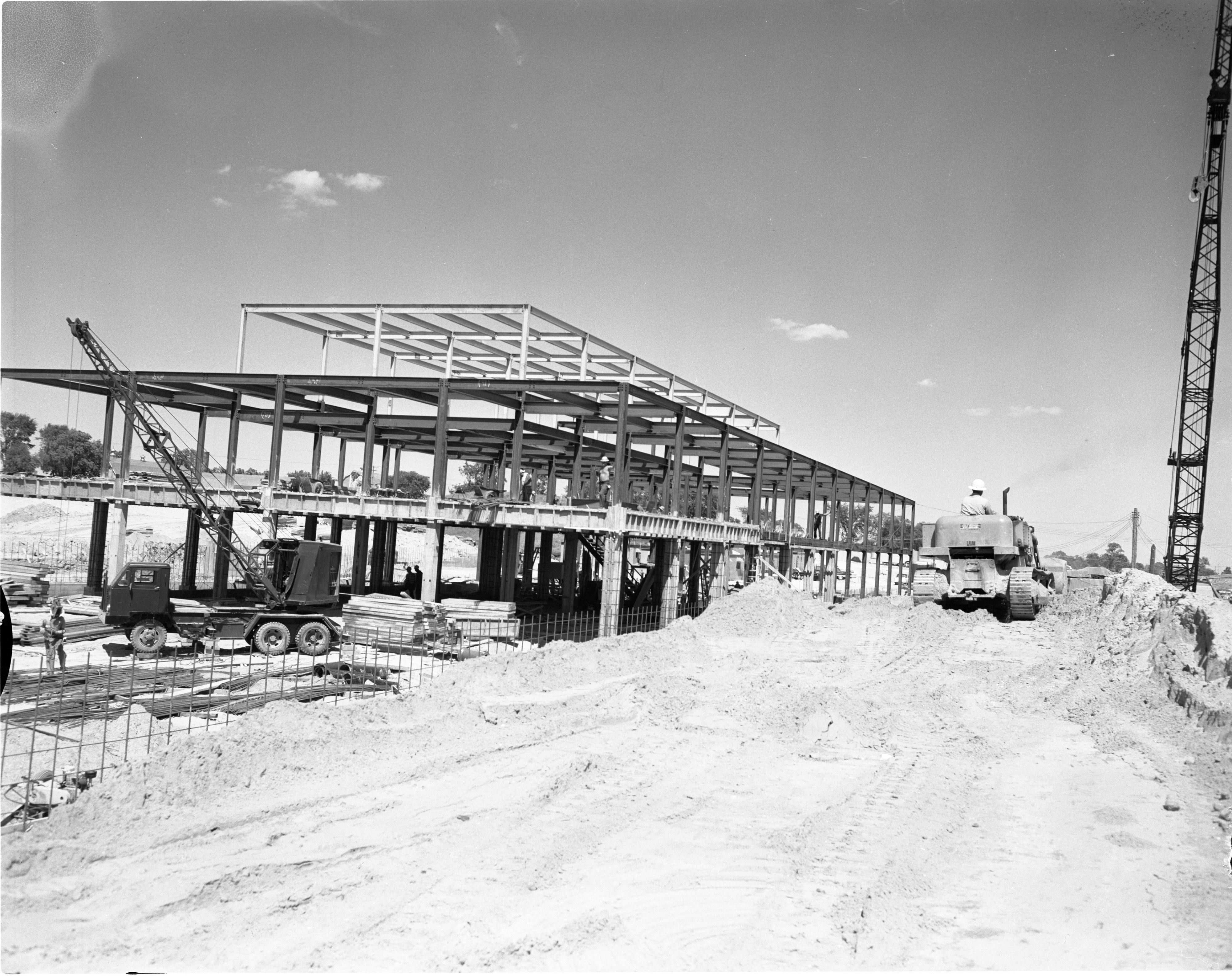 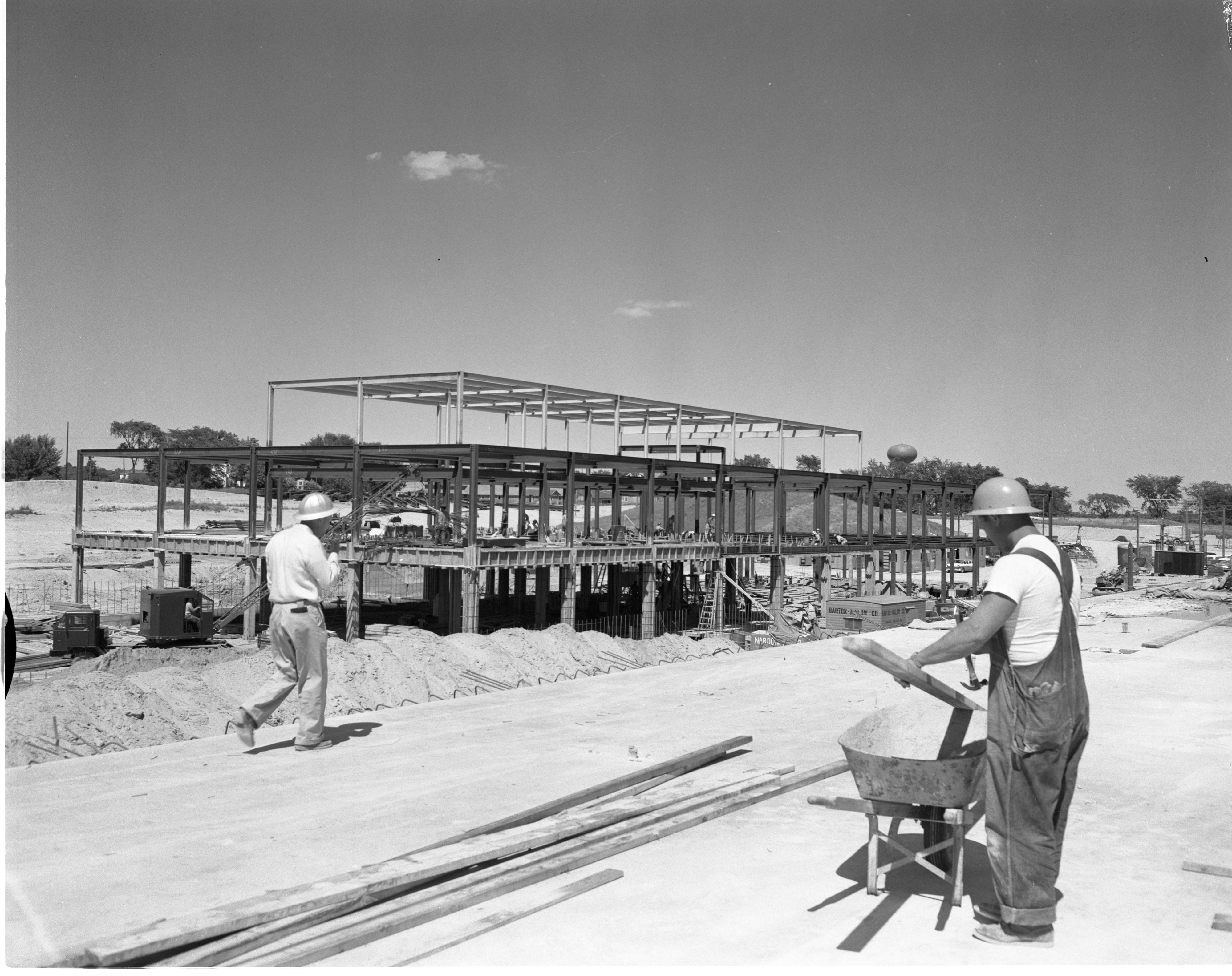 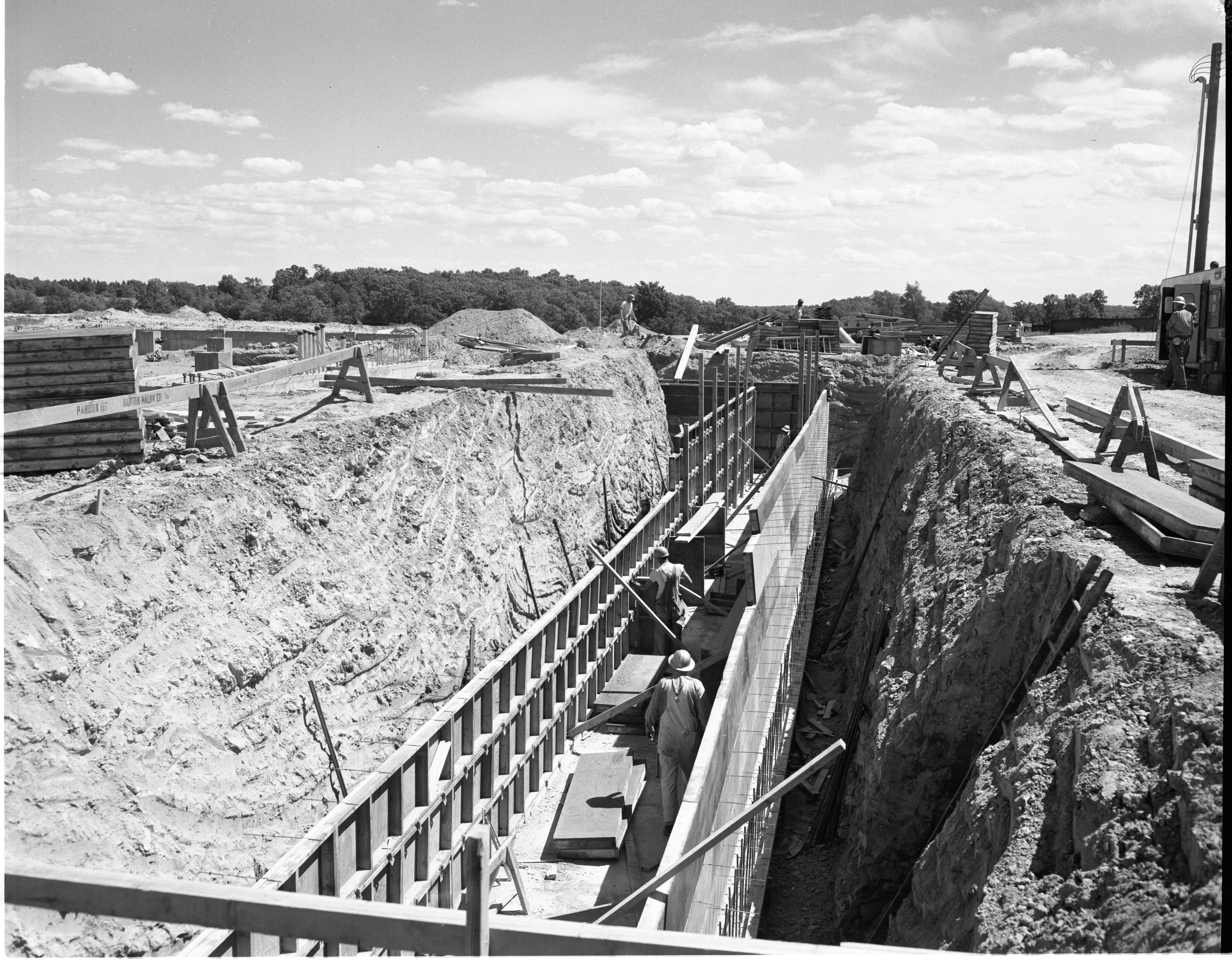 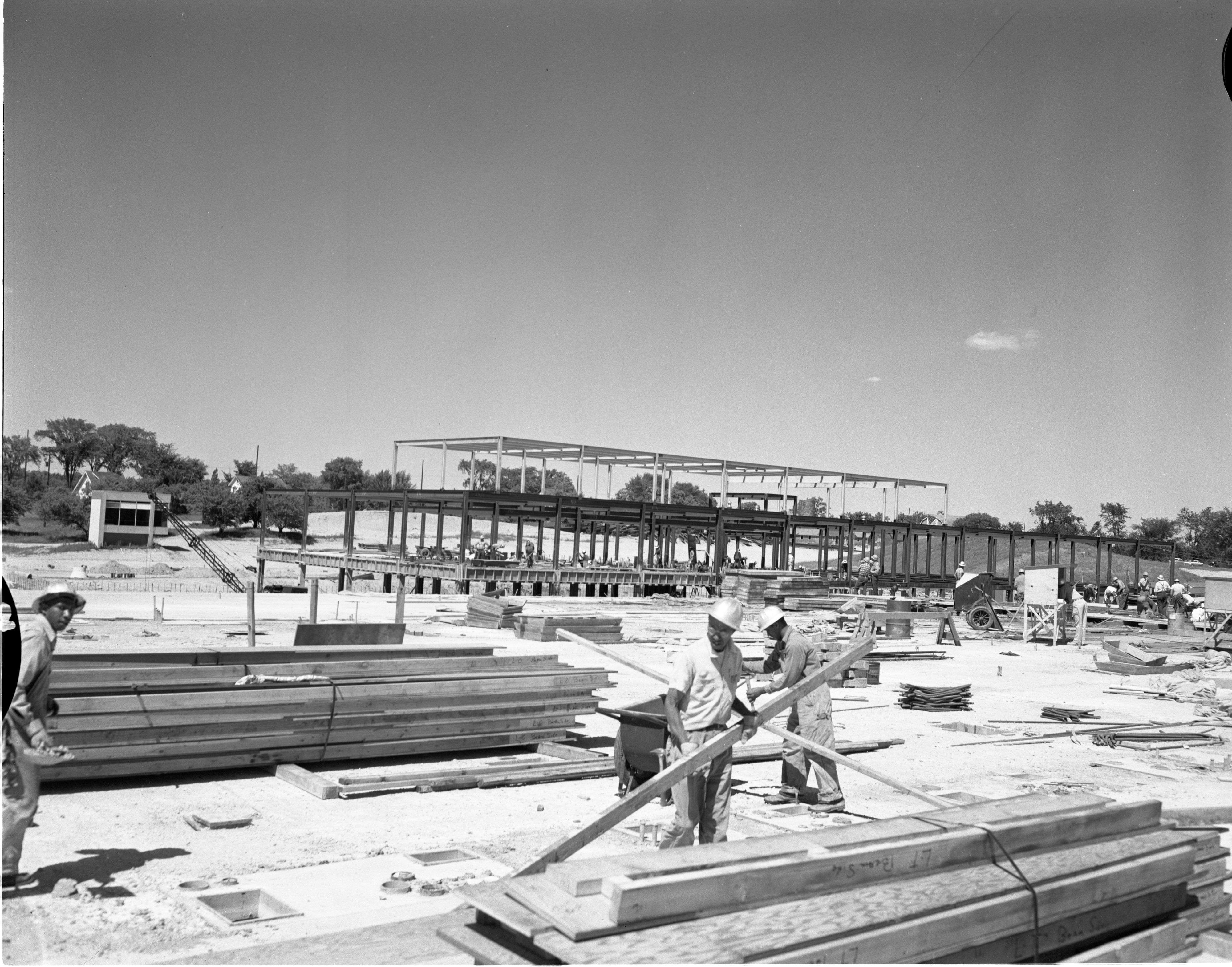 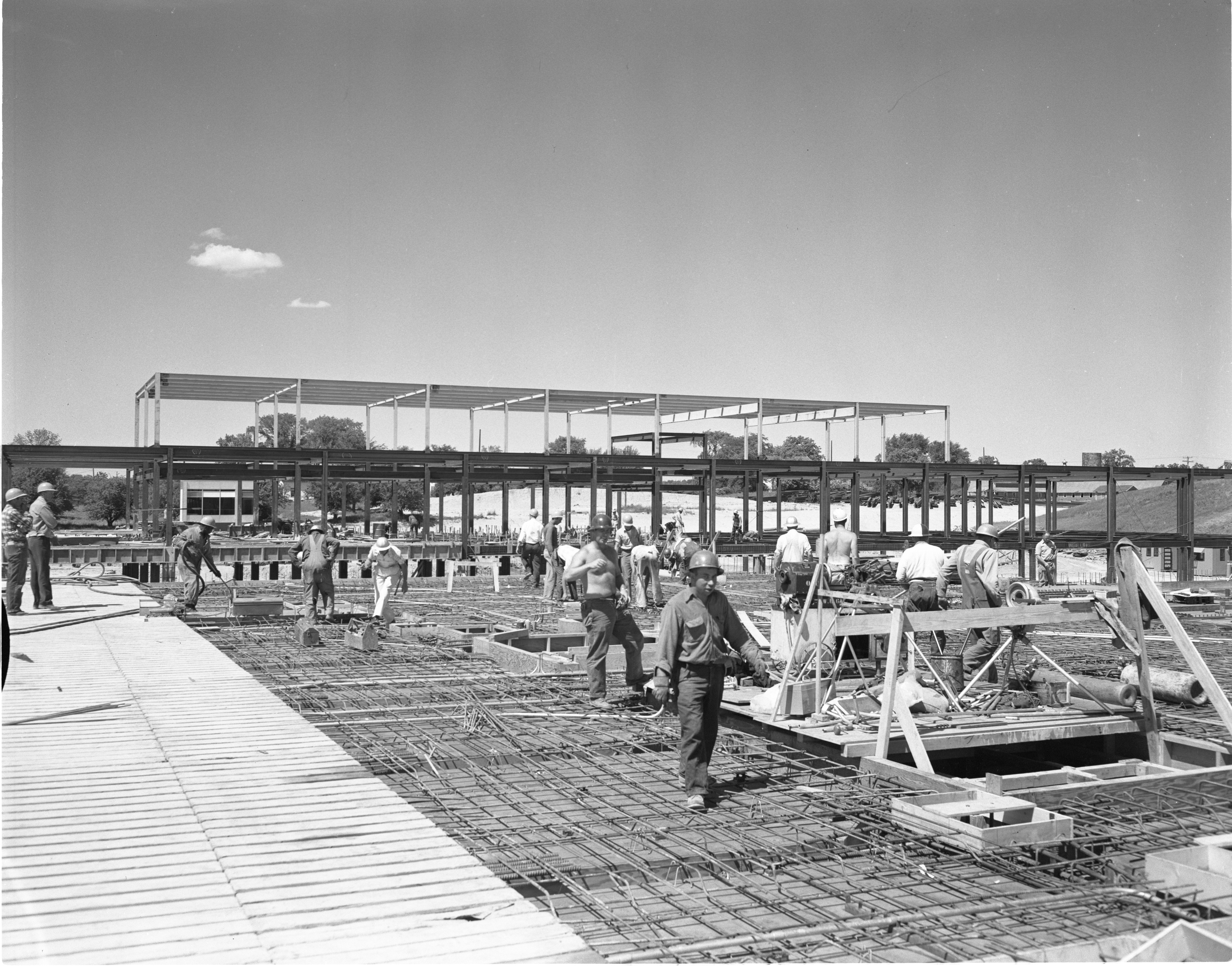 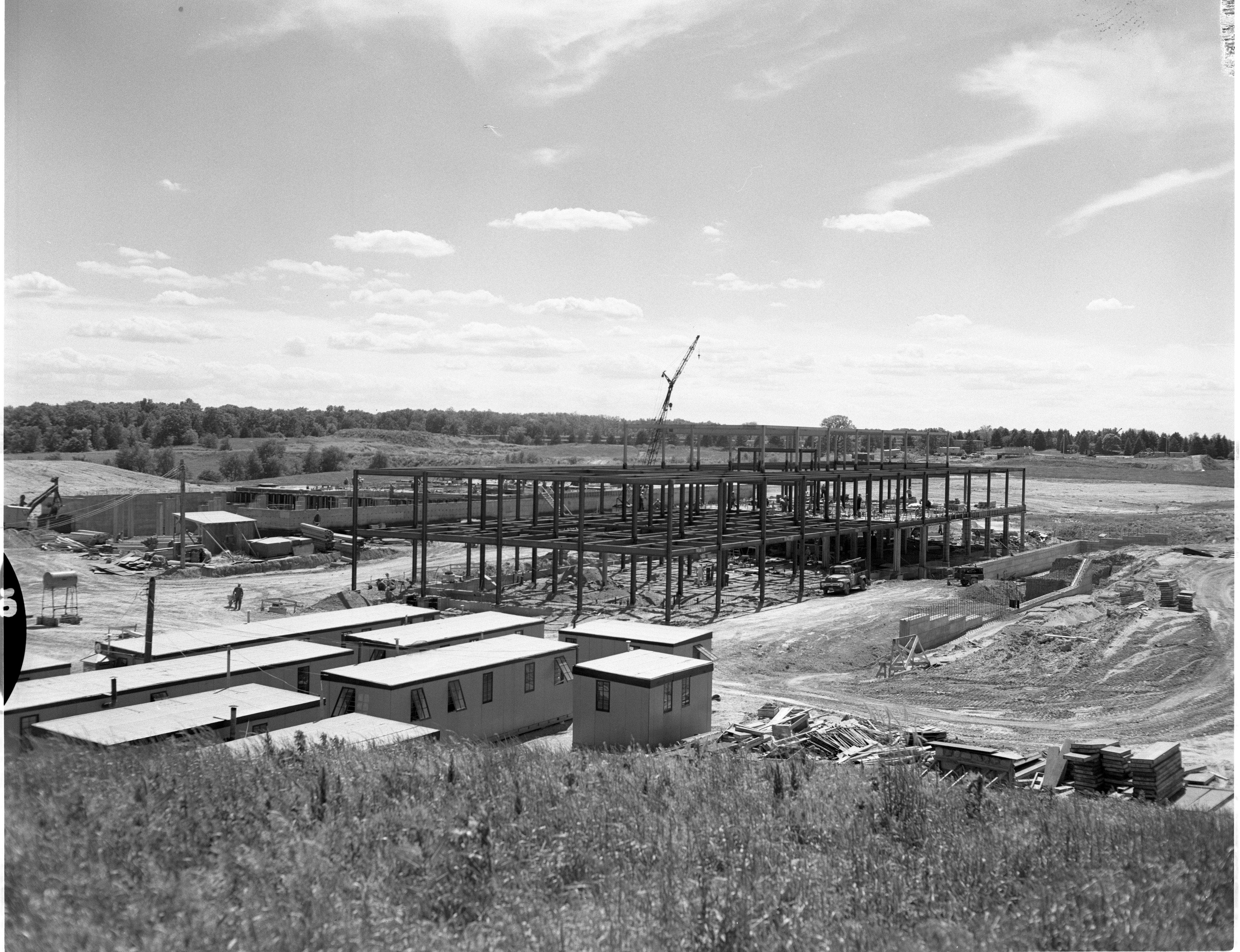 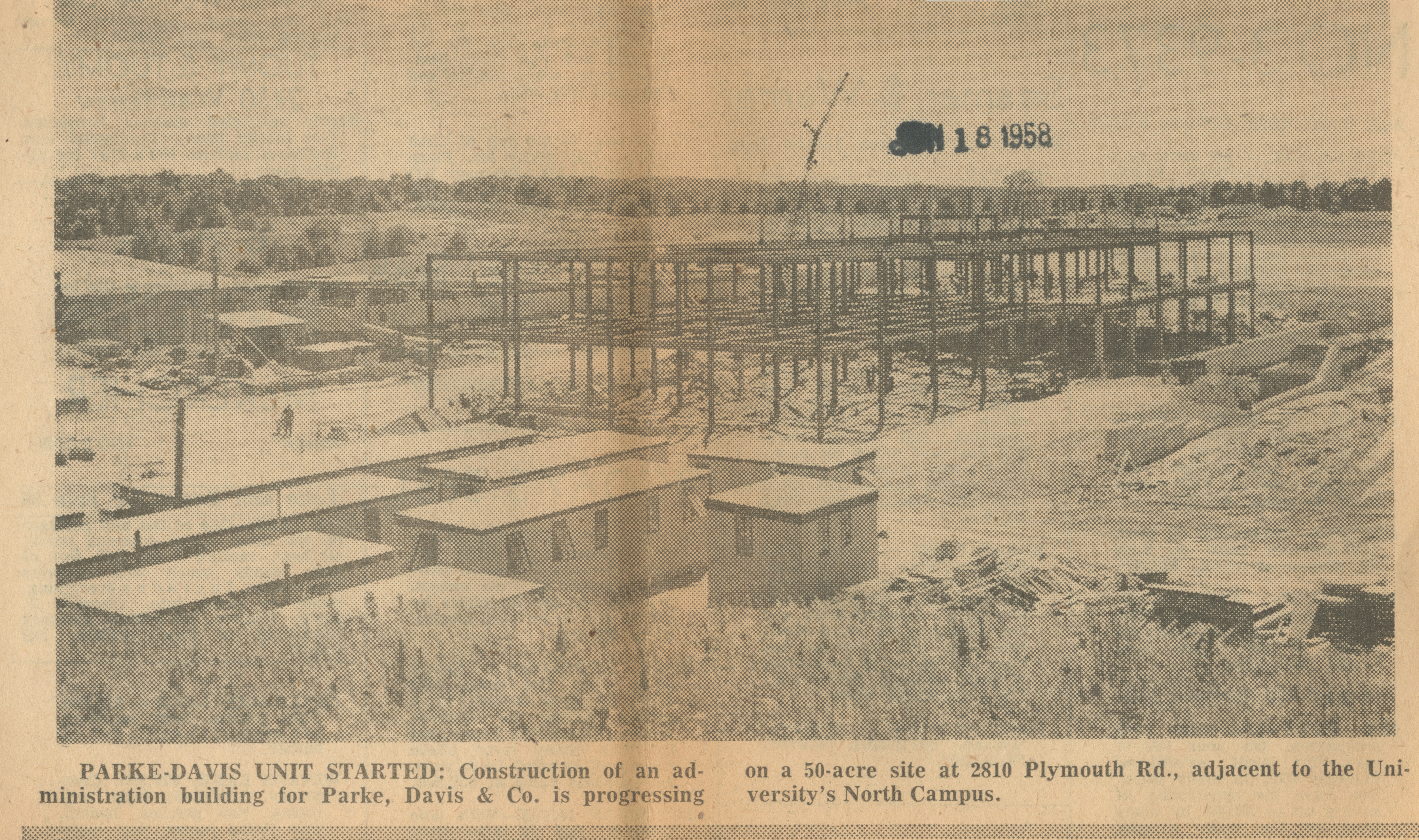 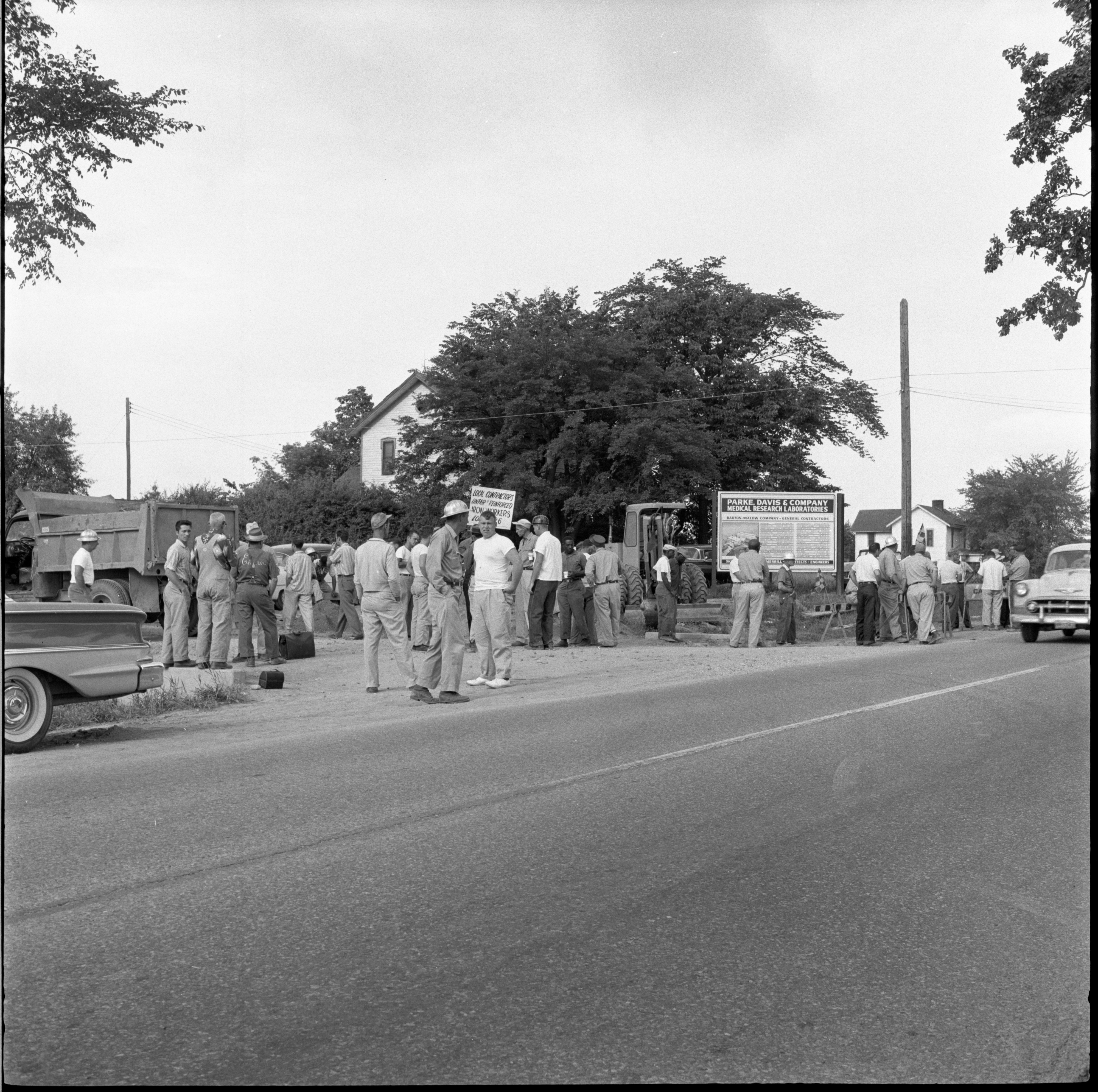 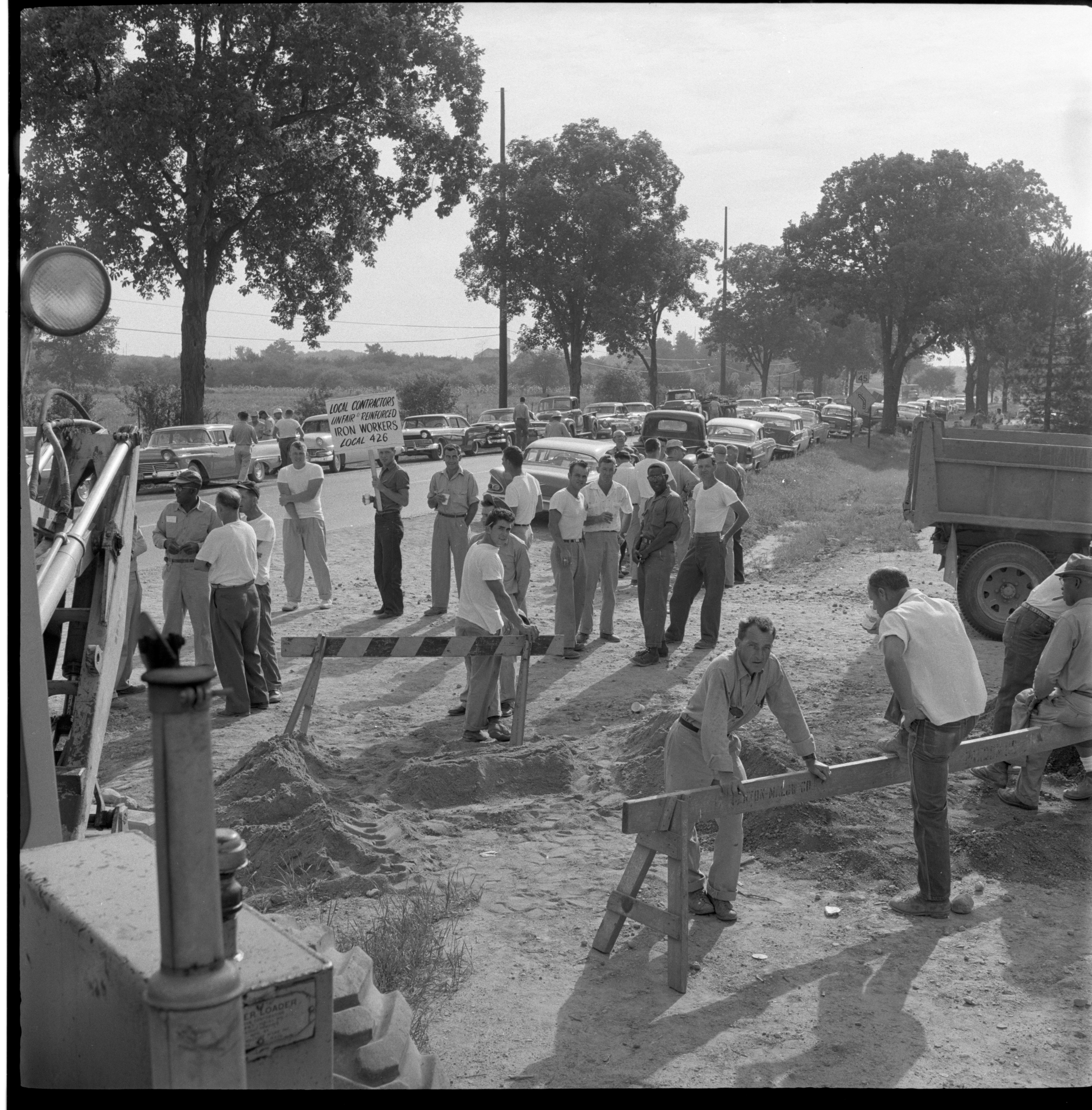 Published In
Ann Arbor News, July 28, 1958
Caption
BRIEF STRIKE: These pickets appeared this morning at the site of the new $5,000,000 Parke, Davis & Co. pharmaceutical research laboratories at 2810 Plymouth Rd. The strike was the result of a dispute on another job near Detroit between members of the Reinforced Steel Workers' union and the Barton-Marlow Co. of Detroit. The Barton-Marlow firm is the general contractor for the local project. The dispute was settled today and work is scheduled to be resumed on the project tomorrow.
Copyright
Copyright Protected
Subscribe to 2800 Plymouth Rd