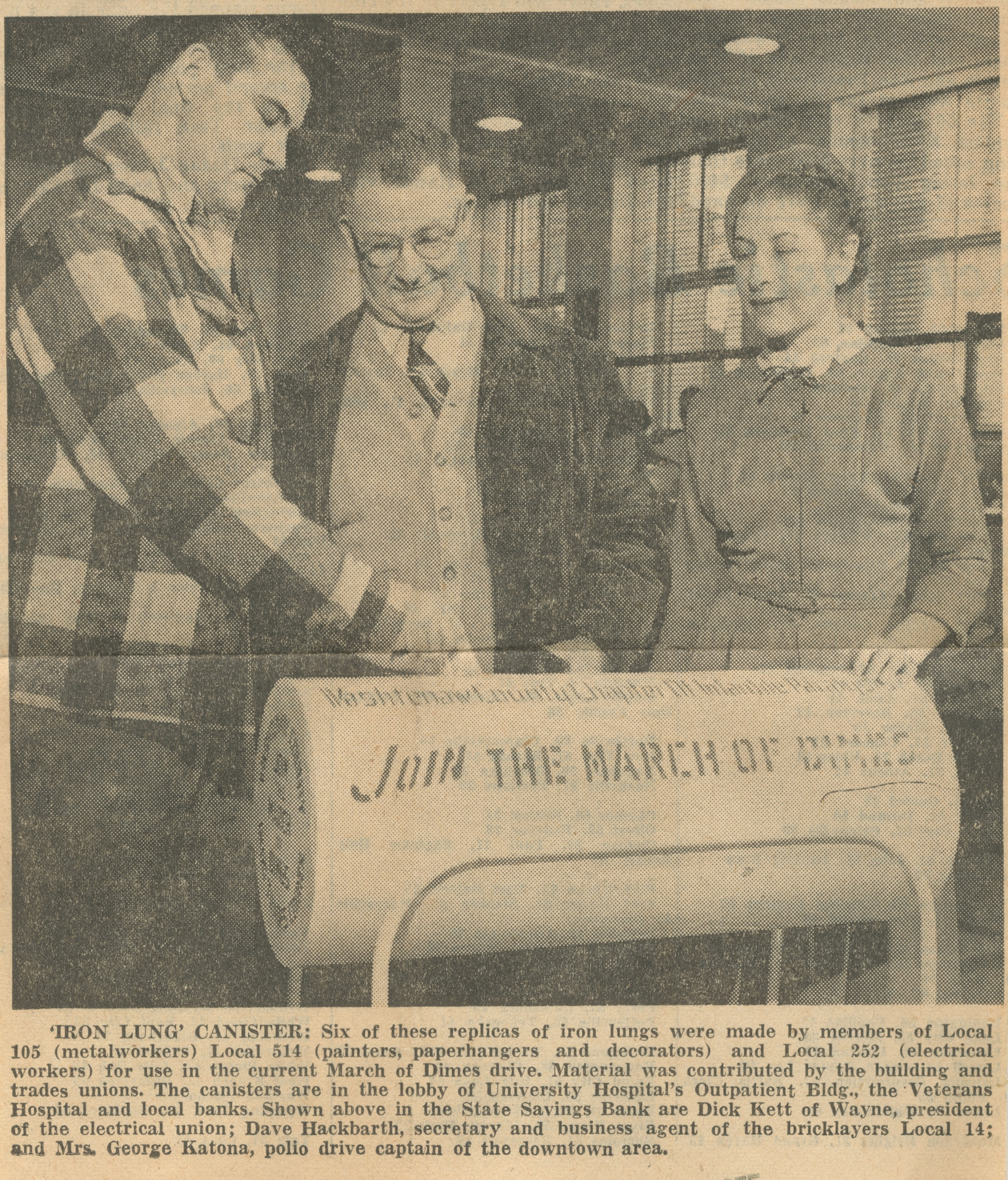 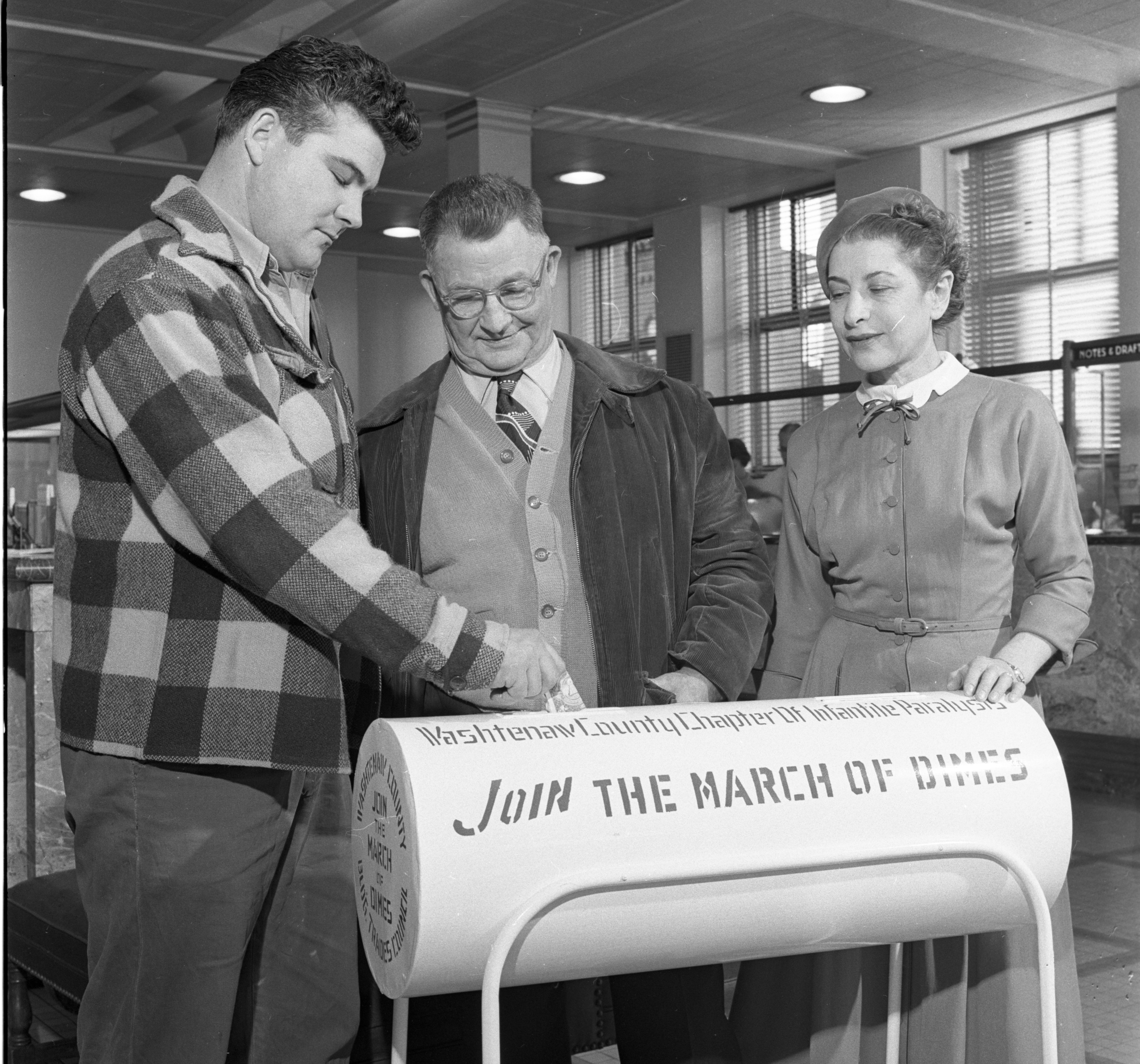 Published In
Ann Arbor News, January 8, 1955
Caption
'Iron Lung' Canister: Six of these replicas of iron lungs were made by members of Local 105 (metalworkers) Local 514 (painters, paperhangers and decorators) and Local 252 (electrical workers) for use in the current March of Dimes drive. Material was contributed by the building and trades unions. The canisters are in the lobby of university Hospital's Outpatient Bldg., The Veterans Hospital and local banks. Shown above in the State Savings Bank are Dick Kett of Wayne, president of the electrical union; Dave Hackbarth, secretary and business agent of the bricklayers Local 14; and Mrs. George Katona, polio drive captain of the downtown area.
Copyright
Copyright Protected
Subscribe to Mrs. George Katona