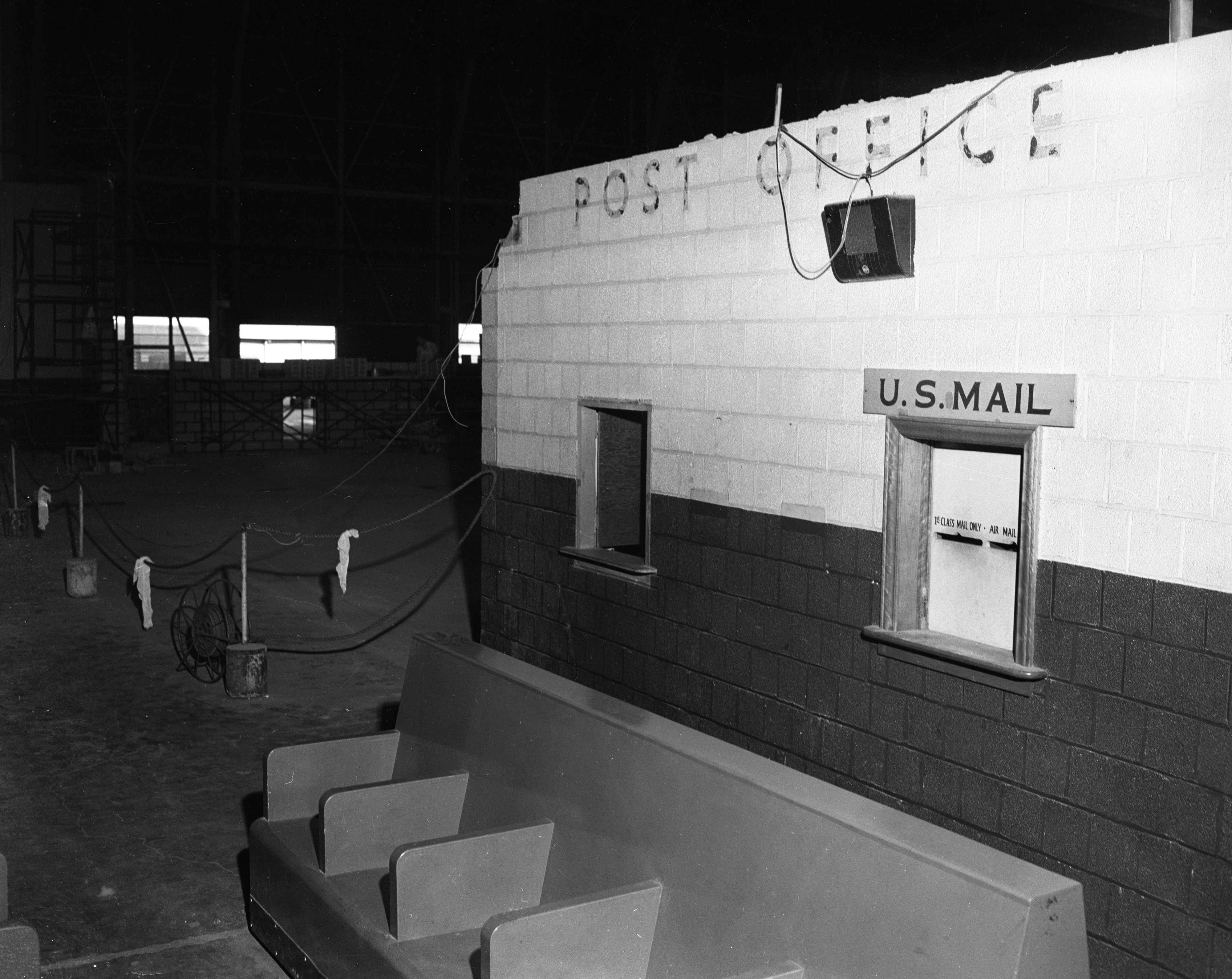 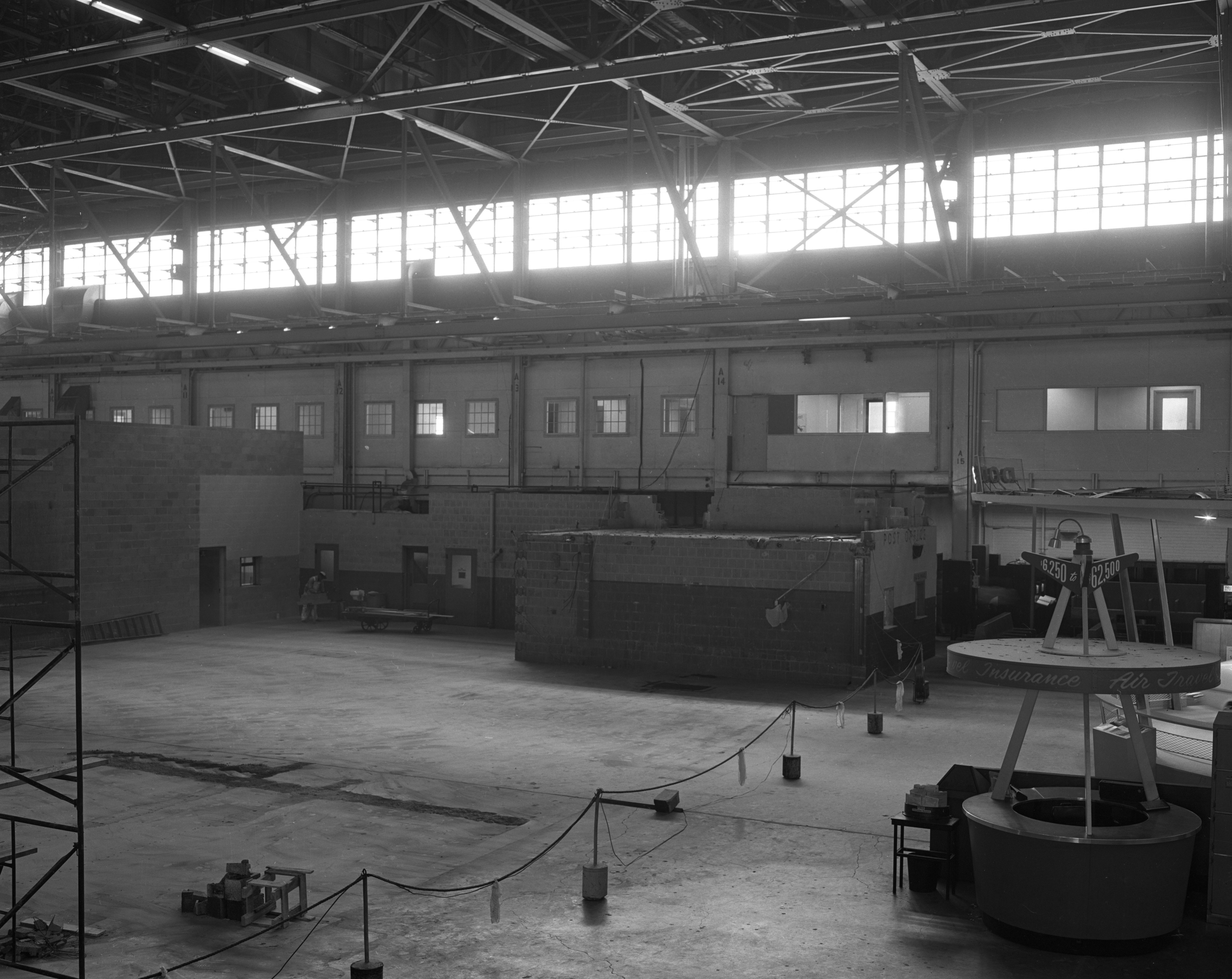 Published In
Ann Arbor News, September 2, 1954
Caption
As part of a $215,000 expansion program, the Airlines National Terminal Service Co., Inc., operators of the giant Willow Run Airport, has razed a building, within the main terminal, which once housed a movie theater. An additional 80 feet of airlines counter space will be made available. Added lobby area will also be included in the project at the south end of the present lobby. This view looks southwest, where the theater formerly stood.
Copyright
Copyright Protected 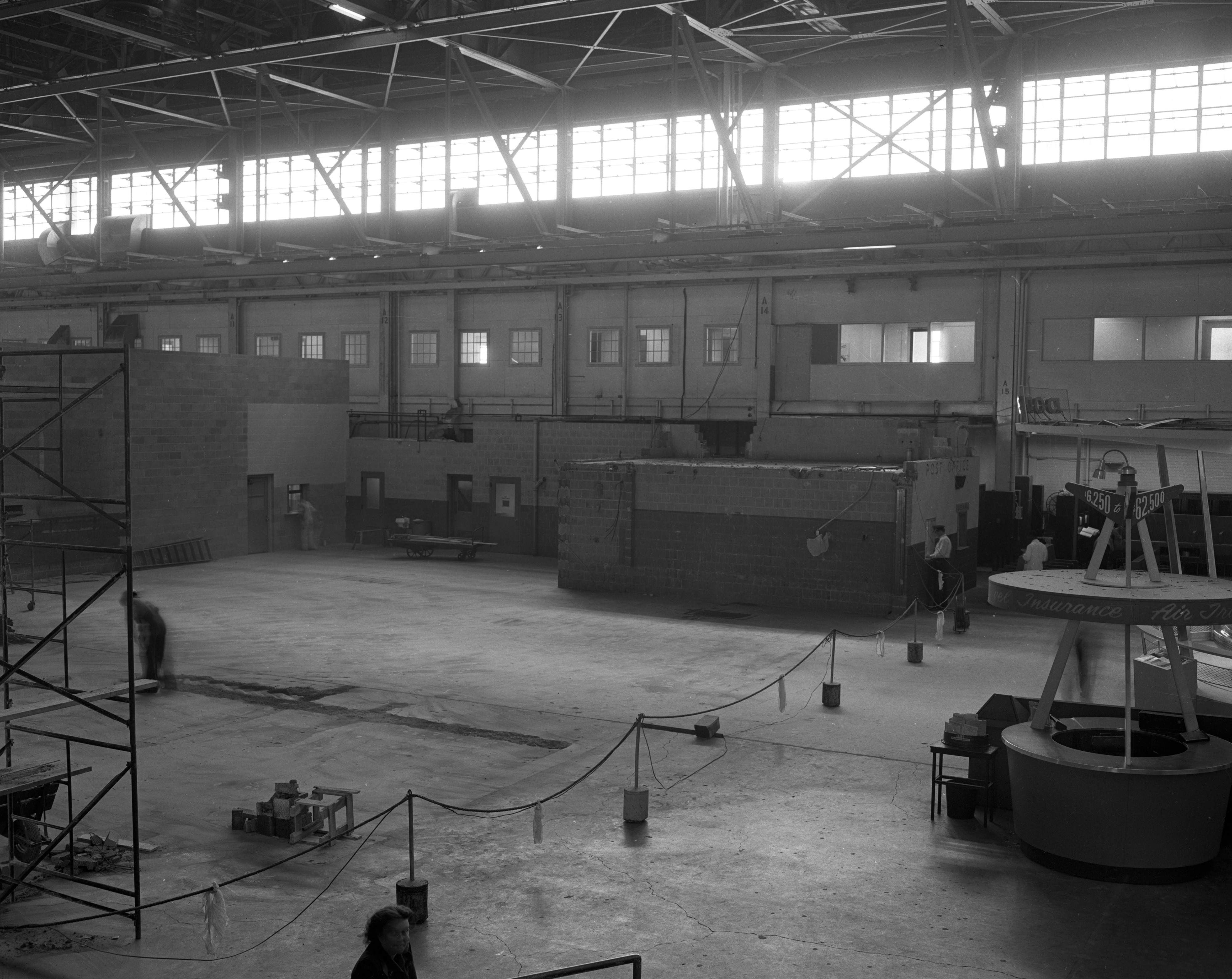 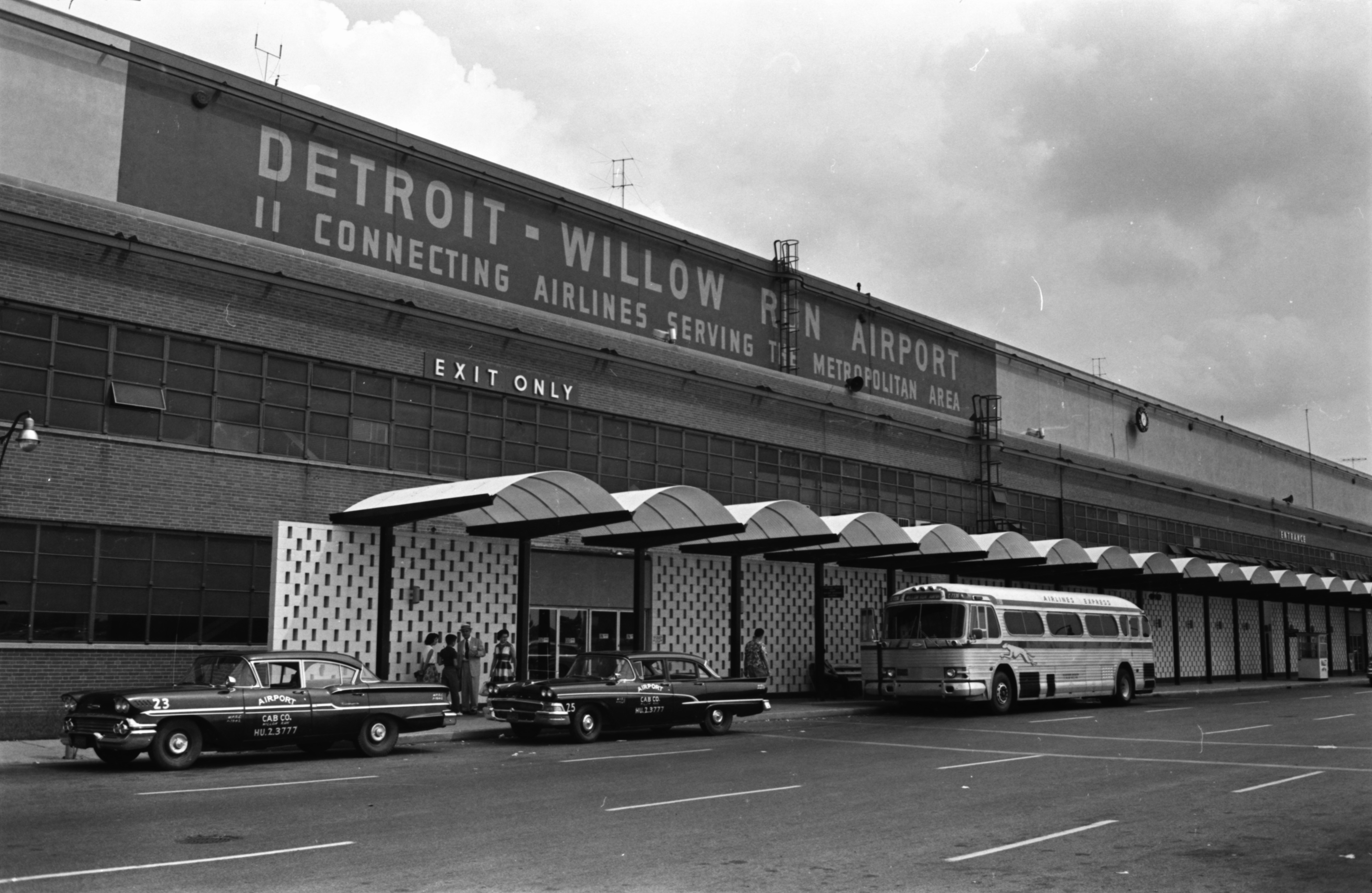 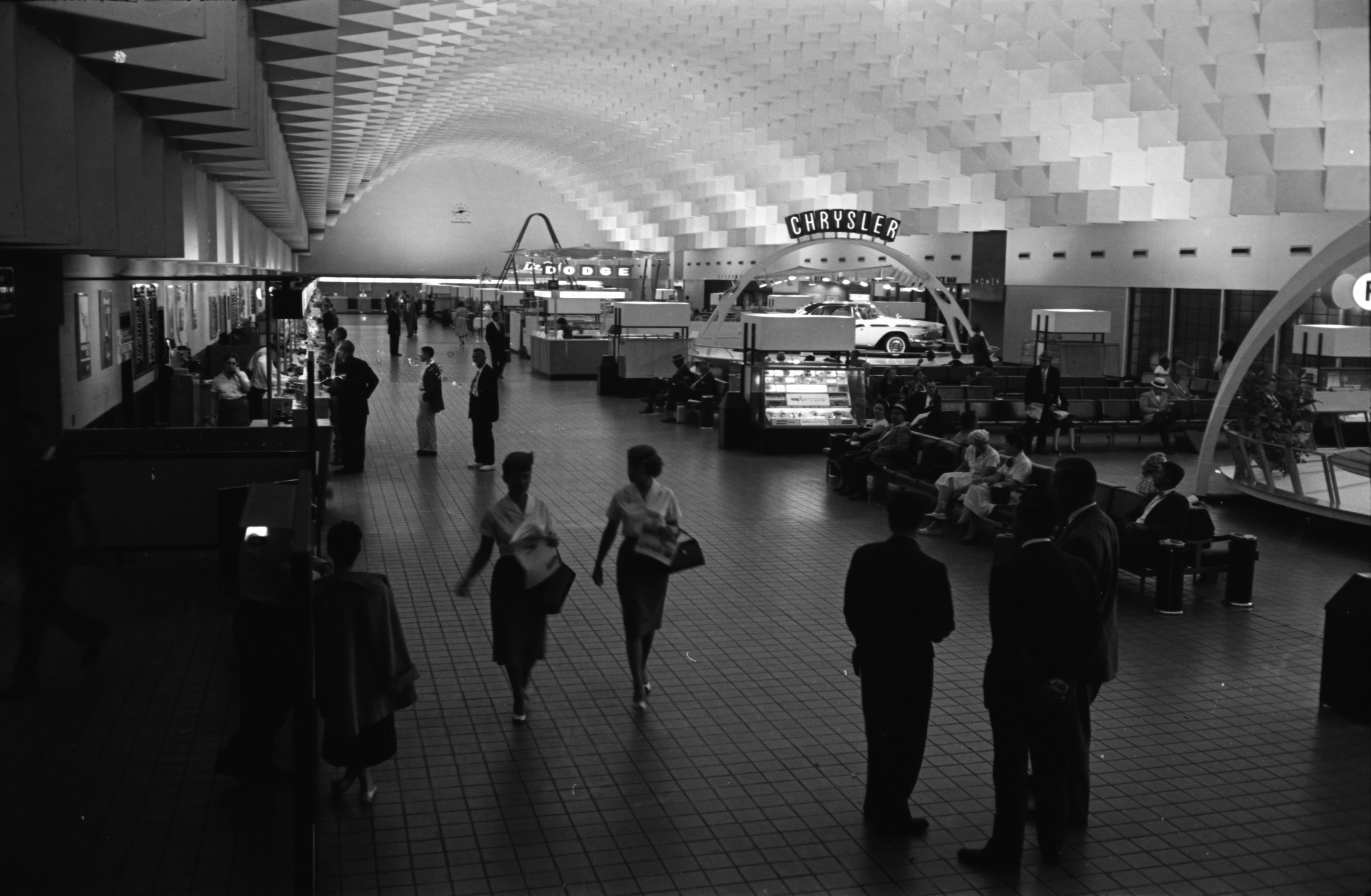 Published In
Ann Arbor News, August 13, 1959
Caption
AFTER: Willow Run airlines spent more than $700,000 for an expansion-renovation project at the terminal in 1957 as the first phase of a still-uncompleted $1,500,000 improvement program. The renovation was not authorized, however, until after American Airlines had announced it would switch to Wayne county's then-vacant airport. The terminal work included installation of an attractive false ceiling, new seating and flooring and other major improvements. Further large-scale expansion presumably will come if the seven present Willow Run carriers decide to remain at the Washtenaw airfield.
Copyright
Copyright Protected 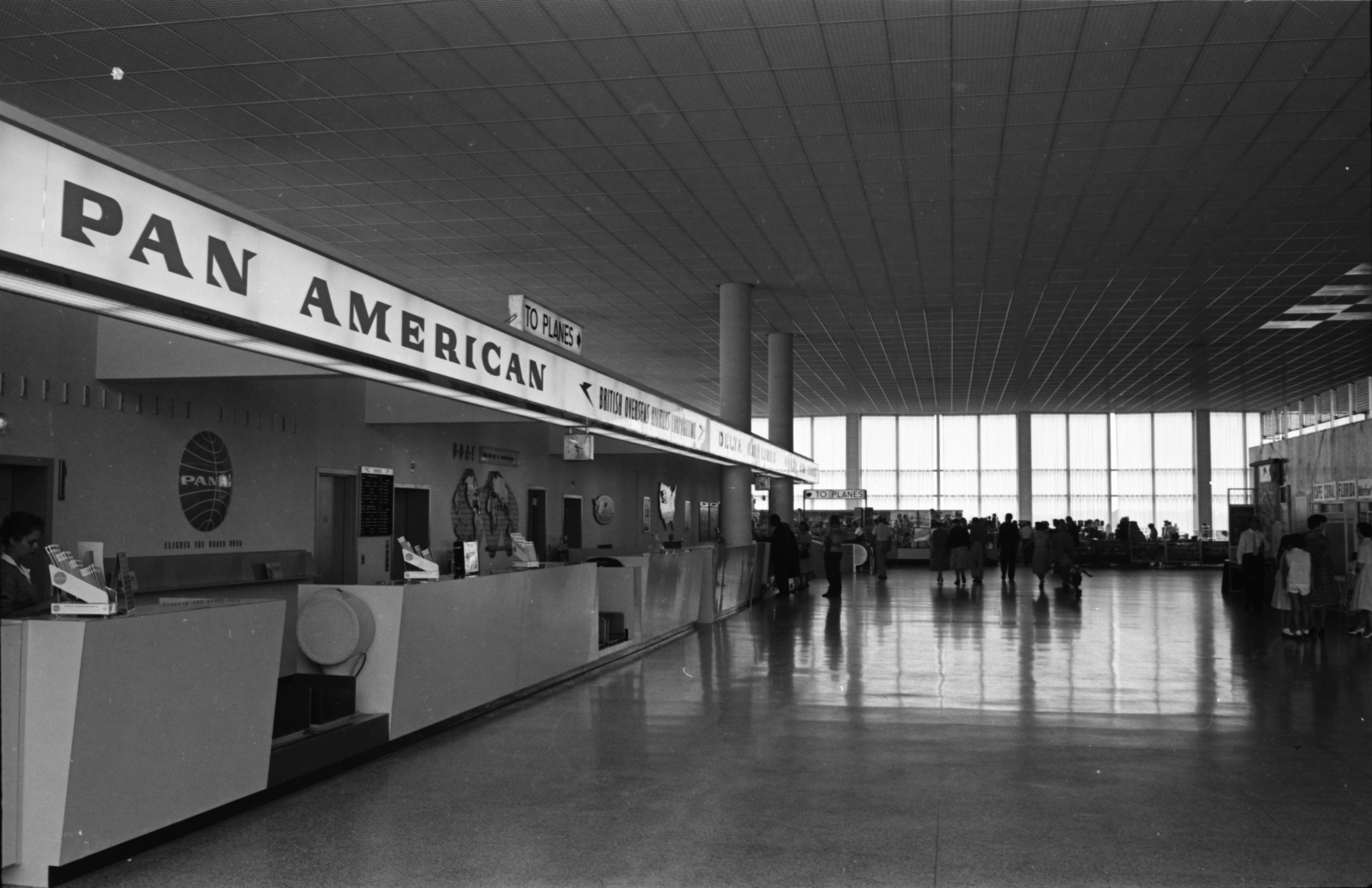 Ann Arbor News Reporter Pat Windsor Dons A Flight Suit For Her Ride With The U.S. Navy Blue Angels, May 1993 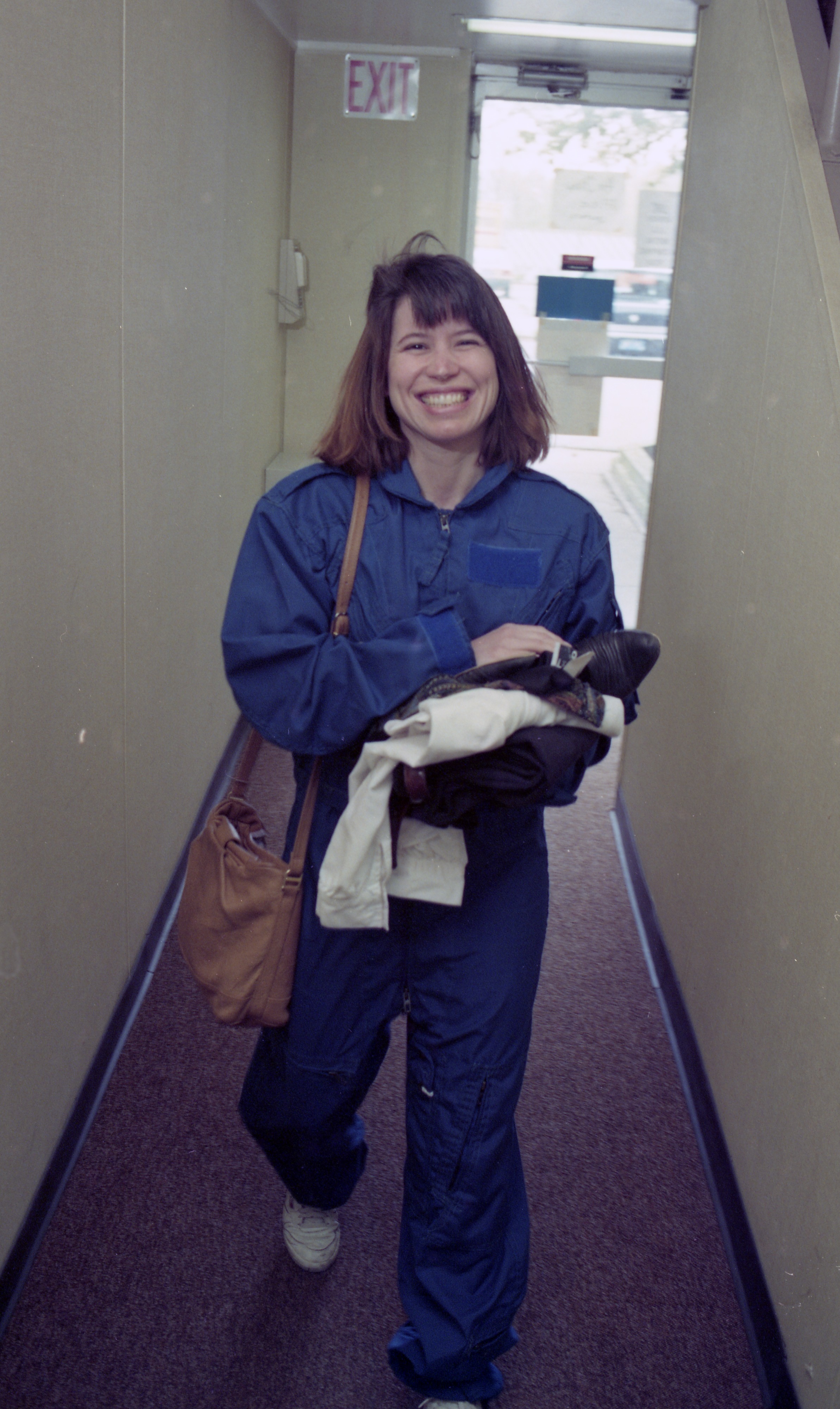 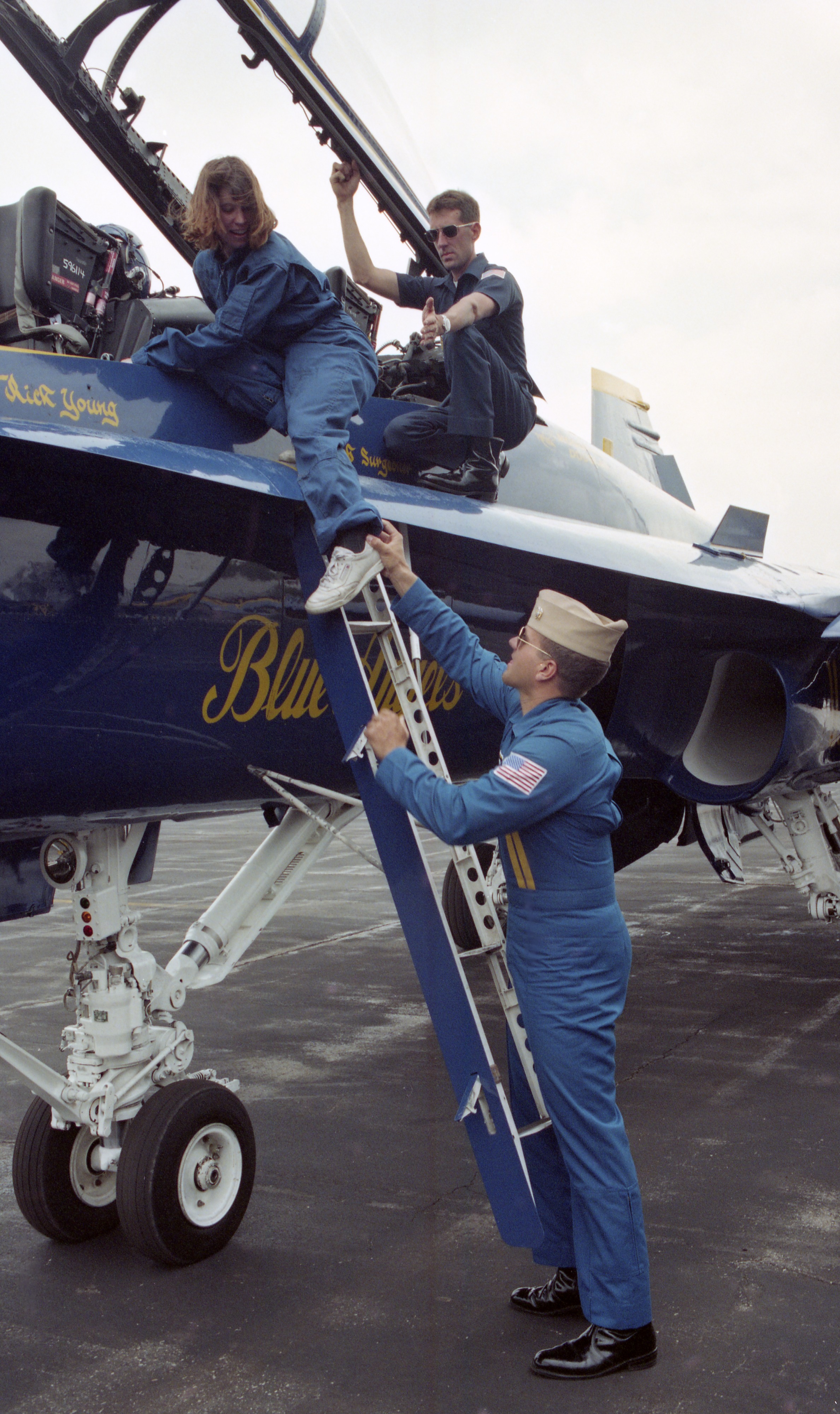 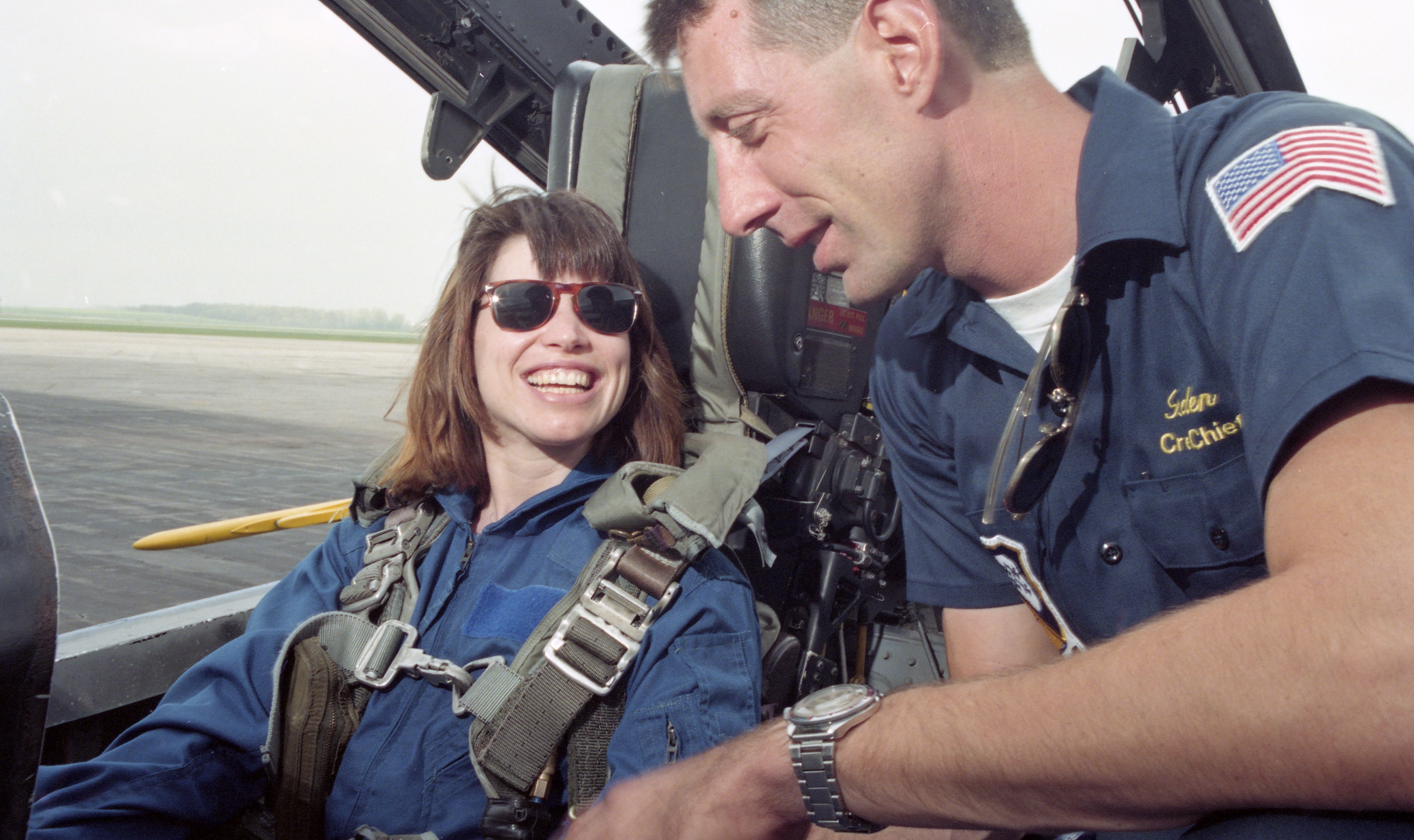 Published In
Ann Arbor News, May 6, 1993
Caption
Ann Arbor News reporter Pat Windsor gets briefed by Blue Angel crew chief Greg Braden on what not to touch in the cockpit of the U.S. Navy F/A-18. The Blue Angels will perform this weekend at the air show at Willow Run Airport.
Copyright
Copyright Protected 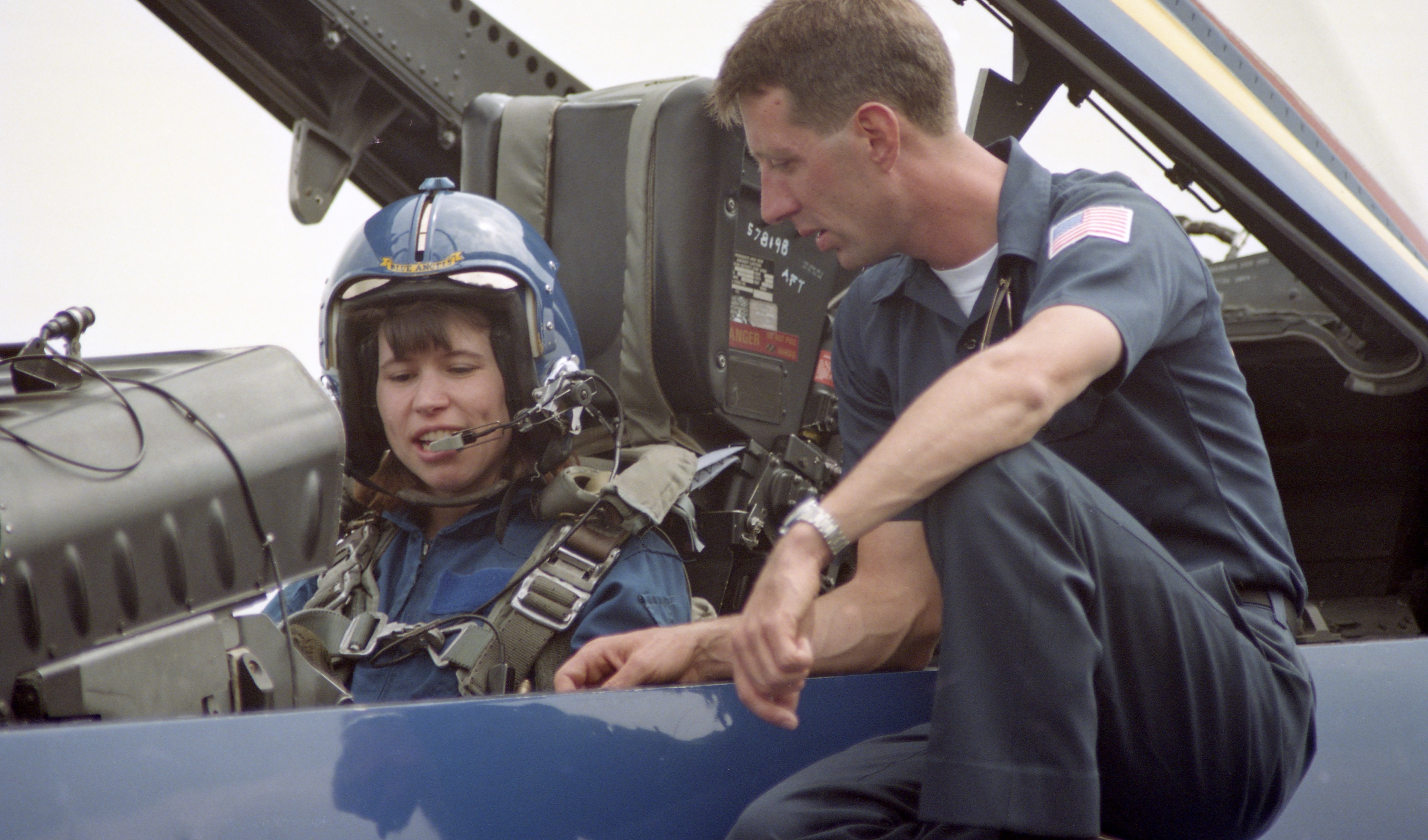