Construction Of Tally Hall As Seen From Above, September 11, 1985 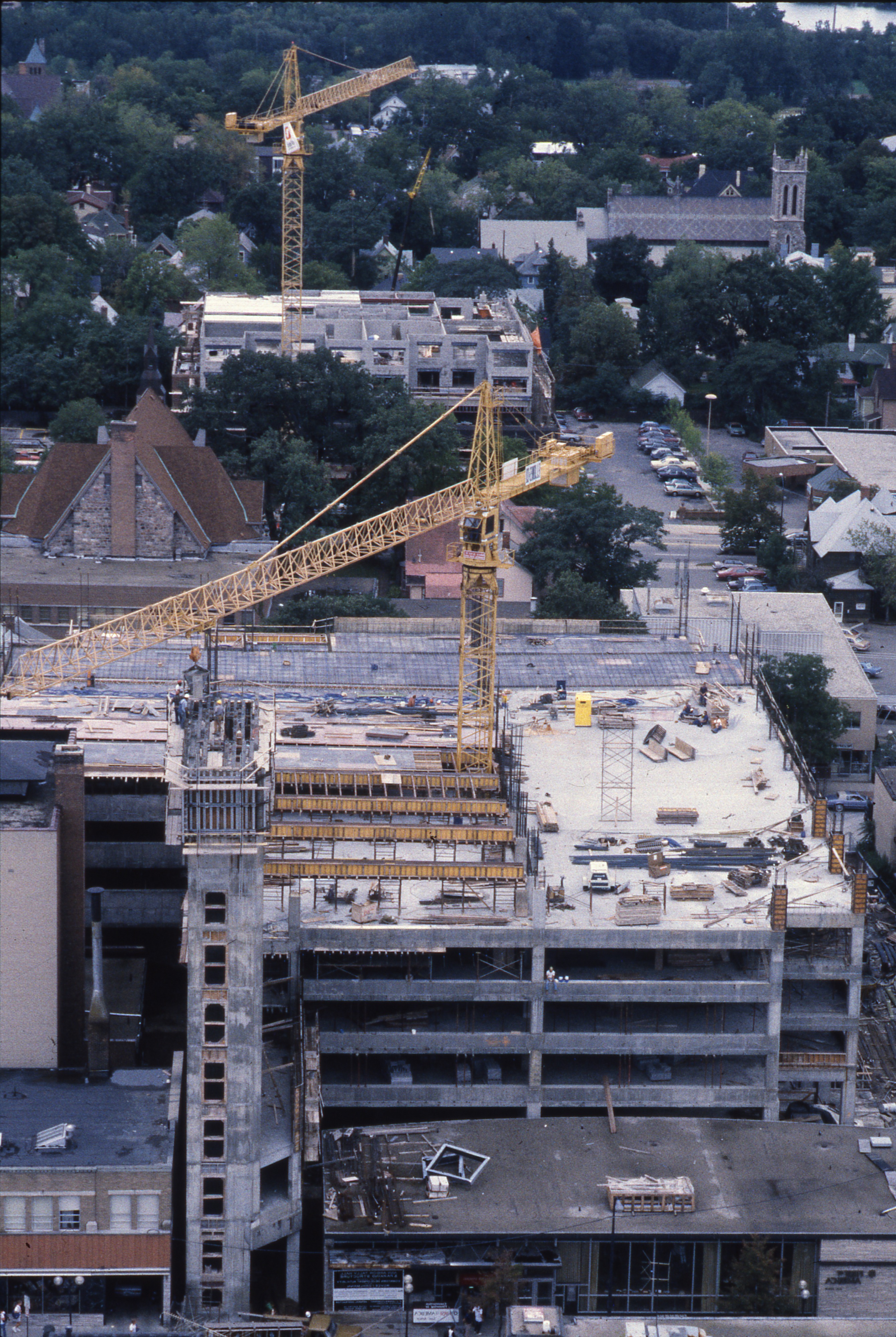 Published In
Ann Arbor News, September 11, 1985
Caption
The $10 million Tally Hall structure is beginning to take its final shape as seen from above. Delays have postponed its completion from mid-July to at least the end of the year. The city, which is building the parking structure portion of the building, and the contractor, F. J. Jones Co. of Southfield, are at odds over who is responsible for the delays. The two sides could be heading for a "whopper of a conflict," according to one city official. Sloan Plaza rises in the background.
Day
11
Month
September
Year
1985
Rights Held By
Donated by the Ann Arbor News. © The Ann Arbor News.
Copyright
Copyright Protected
Related
On The Rise