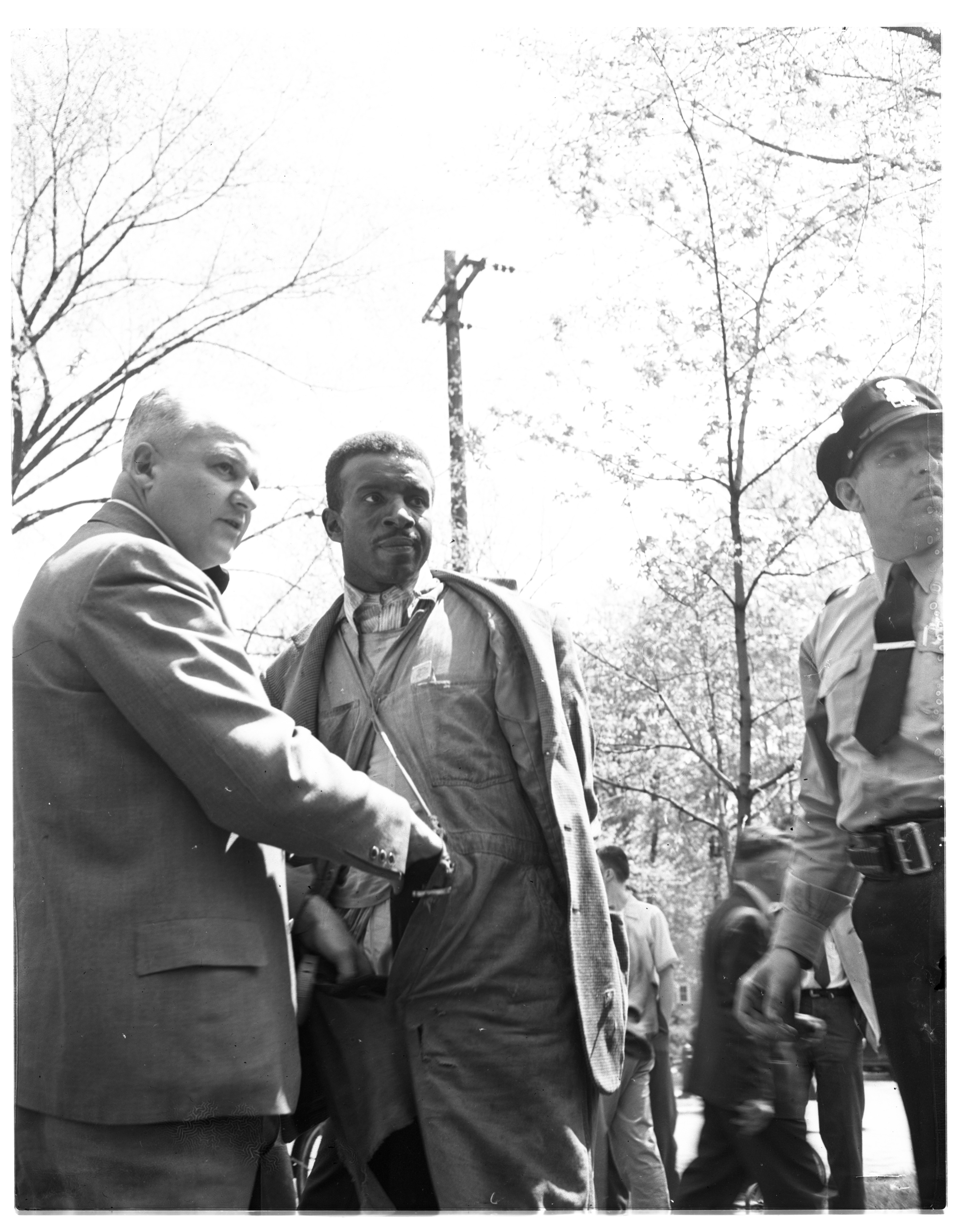 Published In
Ann Arbor News, May 14, 1954
Caption
Bank Holdup Man Seized: Police captured a 32-year-old bank robber in shrubbery at 715 Granger Ave. here shortly after noon today, less than an hour after he held up at gunpoint the Peoples State Bank in New Boston, near Romulus, and fled with a reported $4,300. When seized, the bandit, who gave his name as Nathaniel Burdette, was found with some $2,900 wrapped in a cloth sack. At top, city police Capt. J. Rolland Gainsley (center), searches Burdette for a revolver which he reportedly used in the holdup. The money (rear), had just been found by State Trooper Richard M. Howard. The bottom picture [this photo] is a close-up of Gainsley as he frisks the bandit, who used a station wagon stolen in Ann Arbor for the robbery.
Month
August
Year
1954
Rights Held By
Donated by the Ann Arbor News. © The Ann Arbor News.
Copyright
Copyright Protected
Related
Bank Robber Caught On South Side