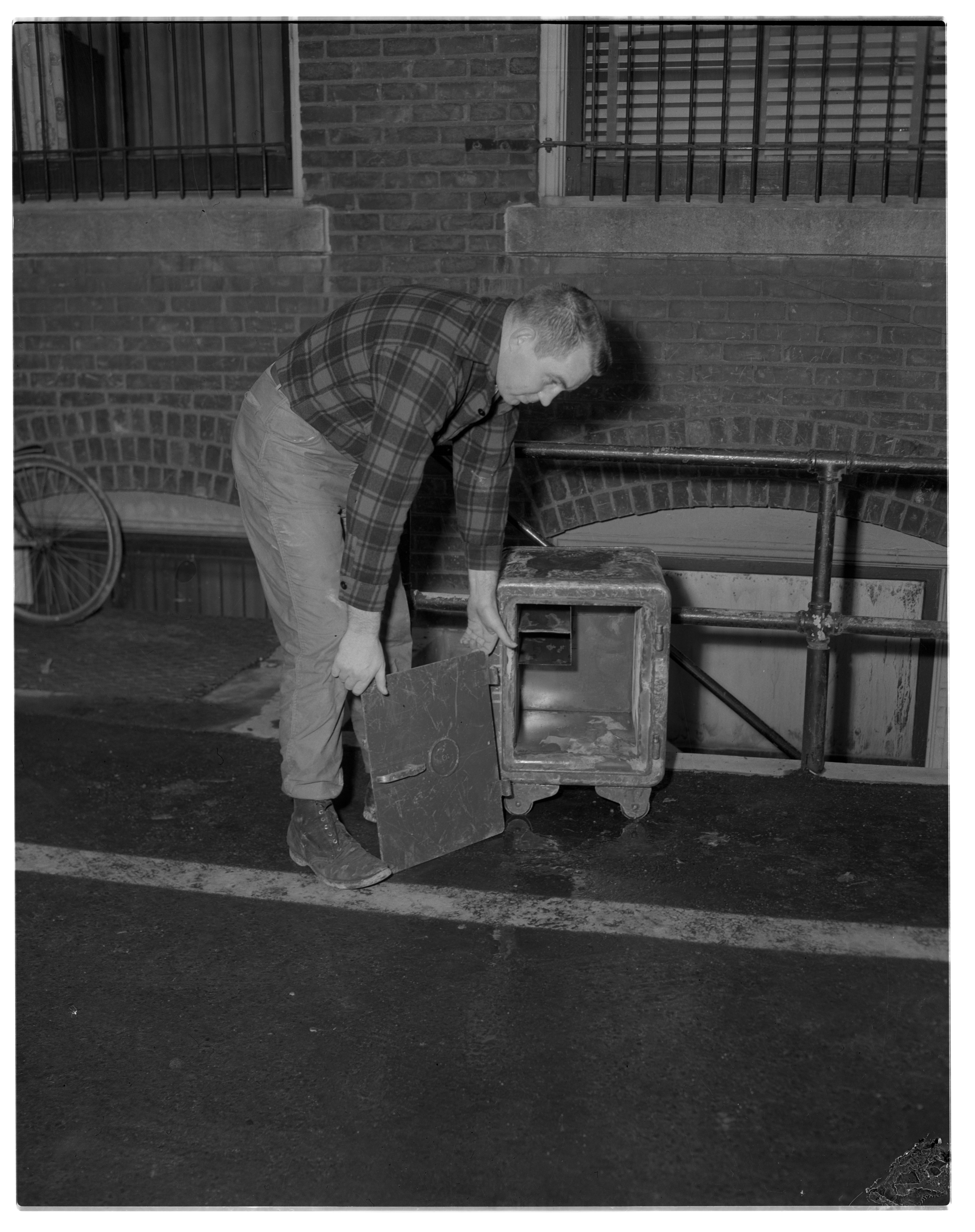 Published In
Ann Arbor News, January 8, 1957
Caption
Safe Recovered: Ann Arbor Detective Eugene Staudenmeier checks the 300-pound office safe which he and State Police Troopers Raymond L. Coger and Leonard F. Miller, jr., of the Ypsilanti post pulled from 15 feet of water yesterday in the Huron River. The safe, originally containing more than $400 in cash, was stolen in a break-in Dec. 17 from the Cottage Inn Restaurant at 512 E. William St., Ann Arbor. It was recovered by the three officers near the sewage disposal plant east of Dixboro Rd. in Ann Arbor township after it was first seen by a fisherman. There were some papers in the safe, which had been forced open, but the money was missing.
Month
January
Year
1957
Rights Held By
Donated by the Ann Arbor News. © The Ann Arbor News.
Copyright
Copyright Protected
Related
Safe Recovered