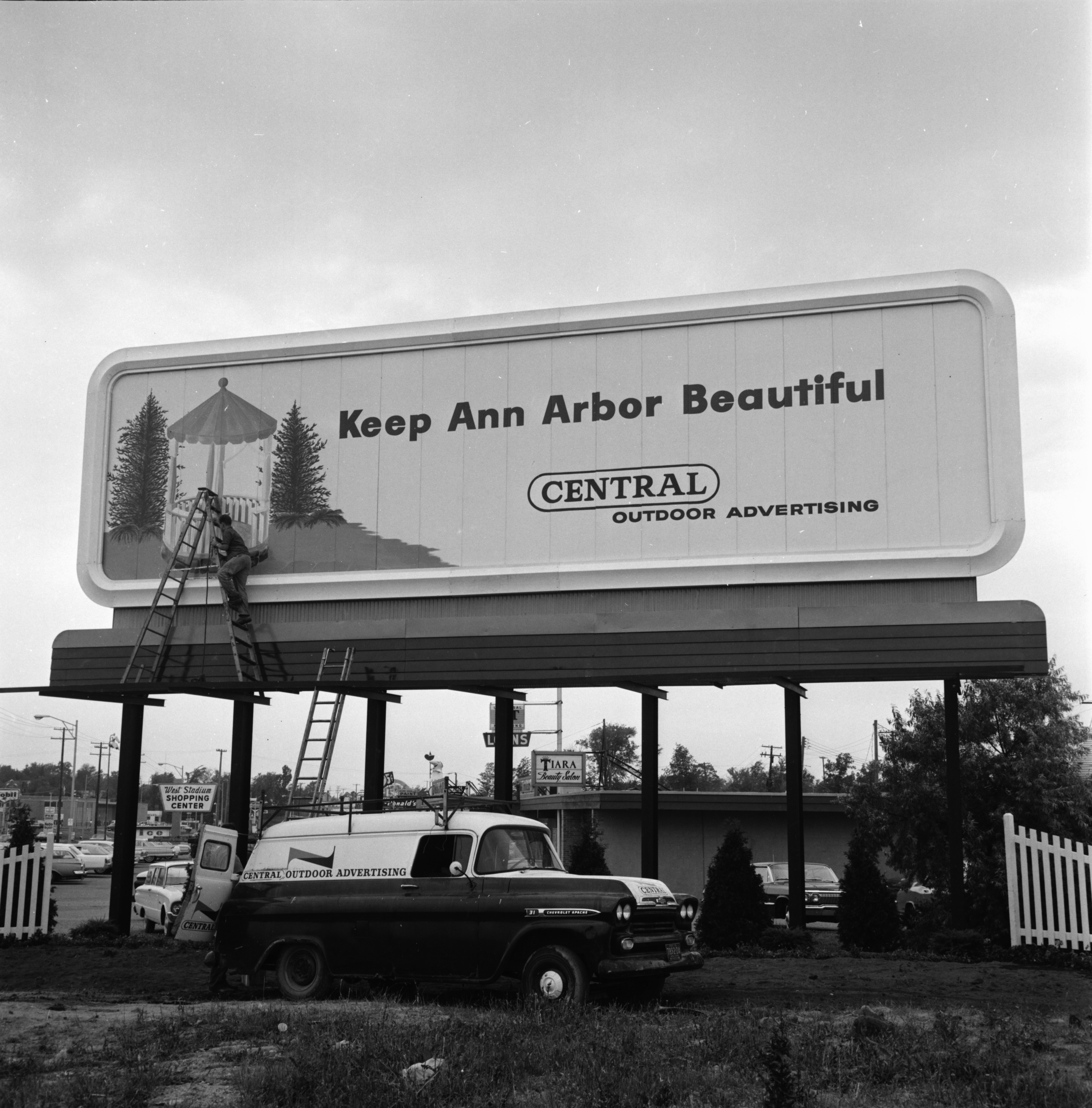 This is the controversial billboard in the 2000-block of W. Stadium Blvd. which some west side residents objected to and which caused lengthy discussion in City Council Chambers. The sign is owned by the Central Advertising Co. of Scio Township. Richard L. Lorencen, manager of Central Advertising, said his firm paid for the slogan.
Published in Issue
Ann Arbor News, July 14, 1965
Rights Held By
Donated by the Ann Arbor News. © The Ann Arbor News.
Copyright
Copyright Protected