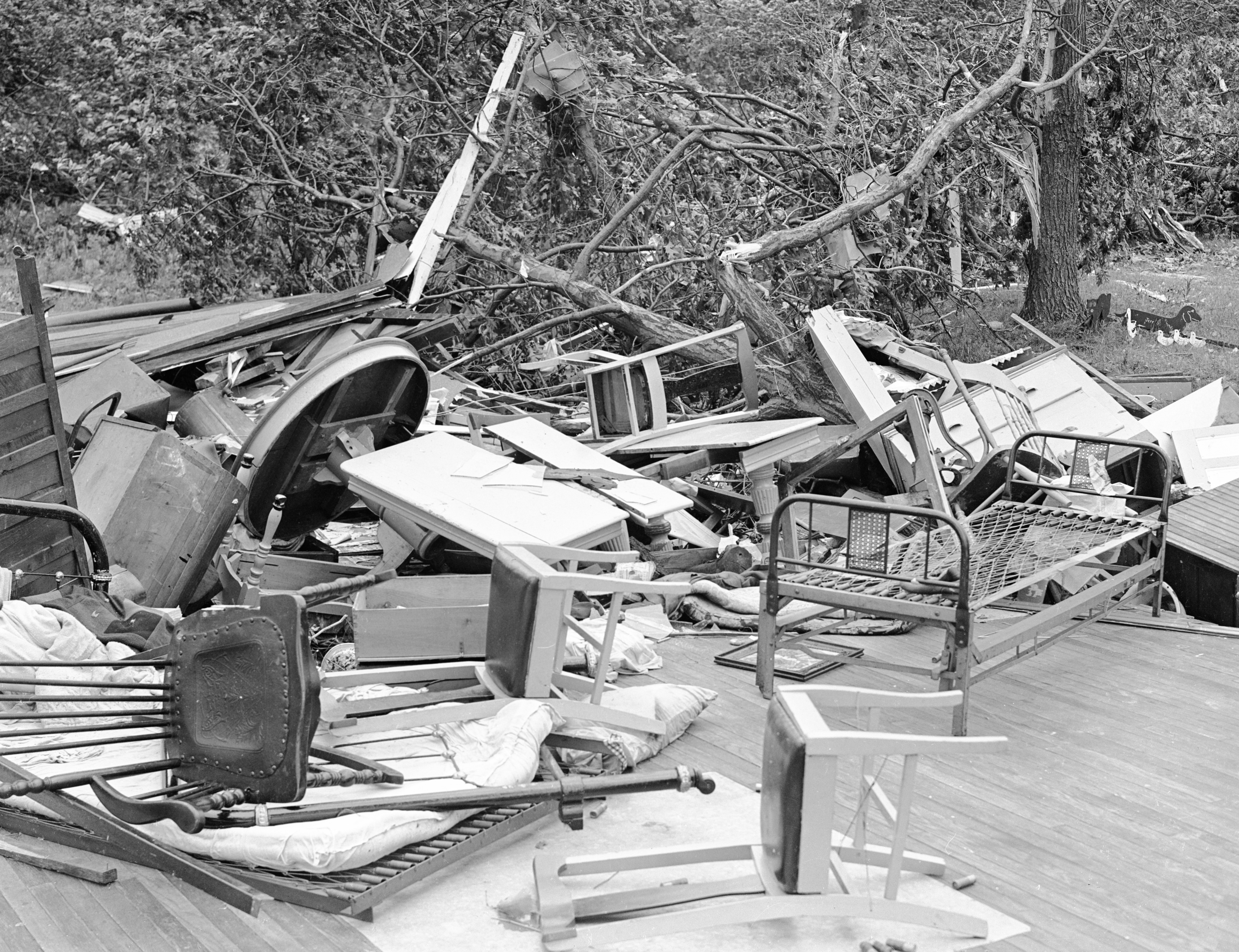 Published In
Ann Arbor News, June 12, 1939
Caption
Evidence Of Violent Nature Of Saturday Night's Storm: These pictures tell better than words the violence of the storm as it was felt in a belt running northeast in Livingston county to Brighton from the lakes region on the northern border of Washtenaw county. In the upper picture workmen are shown clearing away the wreckage that resulted when part of a huge tree fell on a Brighton filling station owned by Mayor Guy E. Pitkin and operated by Lew Hunt in the Brighton business district. The roof was damaged. One house and an old factory were destroyed, many homes were extensively damaged and more than a dozen garages in Brighton were torn to pieces by the wind, while streets were strewn with wreckage because of uprooted and broken trees. The lower picture [this photo] shows all that remained after the wind had destroyed a cottage at Little Gallagher lake, southeast of Lakeland, in which five members of the family of Mr. and Mrs. Gerald Evans of Detroit were sleeping. Mr. Evans suffered a severe head cut, and neighbors had to saw and chop their way through a road blocked by broken trees to take him to a physician. Other members of the family escaped injury. (Other pictures on page 14)
Month
June
Year
1939
Rights Held By
Donated by the Ann Arbor News. © The Ann Arbor News.
Copyright
Copyright Protected
Related
Brighton, Lakes Area Hit By Tornado