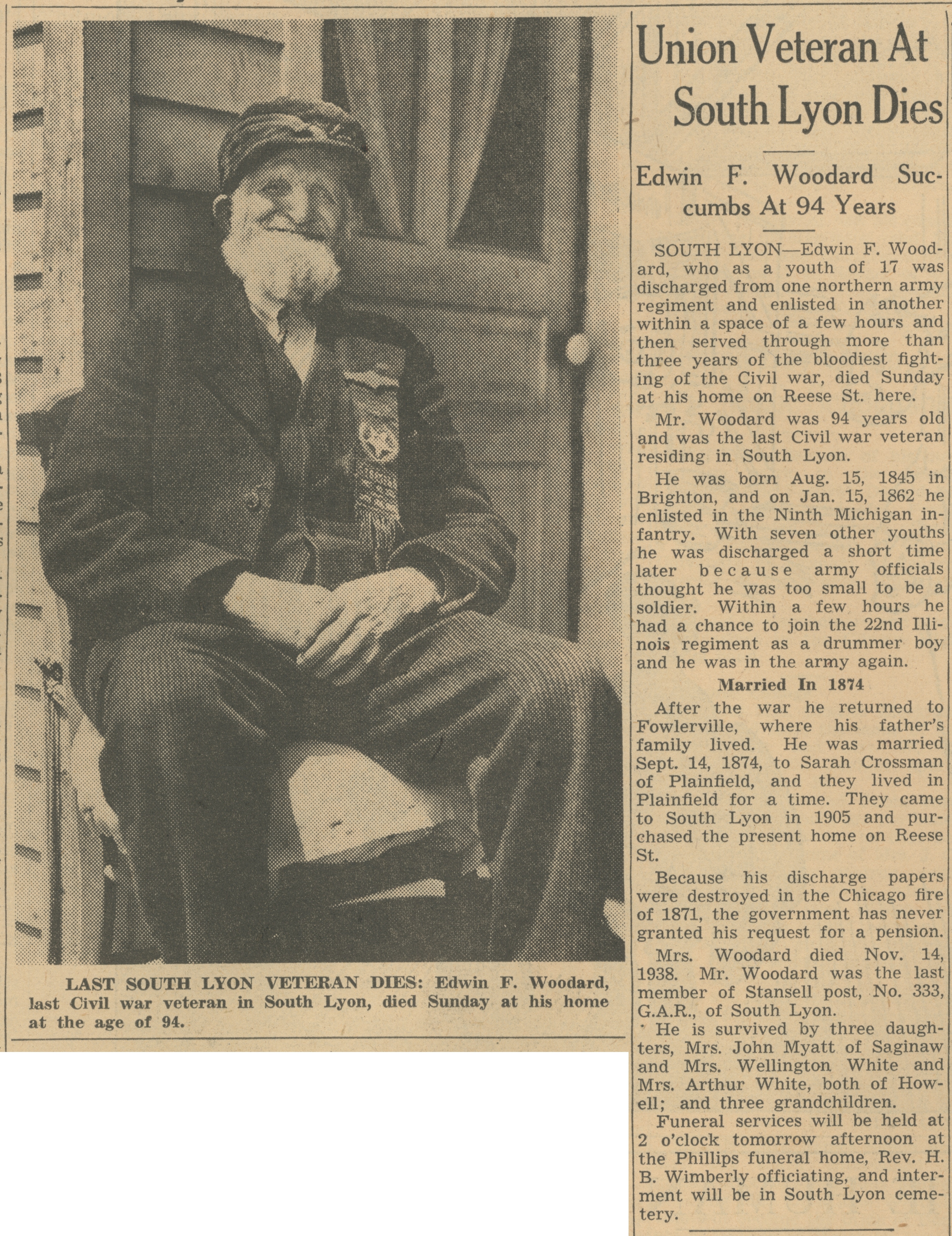 SOUTH LYON – Edwin F. Woodard, who was as a youth of 17 was discharged from one northern army regiment and enlisted in another within a space of a few hours and then served through more than three years of the bloodiest fighting of the Civil war, died Sunday at his home on Reese St. here.
Mr. Woodard was 94 years old and was the last Civil war veteran residing in South Lyon.
He was born Aug. 15, 1845 in Brighton, and on Jan. 15, 1862 he enlisted in the Ninth Michigan infantry. With seven other youths he was discharged a short time later because army officials thought he was too small to be a soldier. Within a few hours he had a chance to join the 22nd Illinois regiment as a drummer boy and he was in the army again.
Married in 1874
After the war he returned to Fowlerville, where his father’s family lived. He was married in Sept. 14, 1874, to Sarah Crossman of Plainfield, and they lived in Plainfield for a time. They came to South Lyon in 1905 and purchased the present home on Reese St.
Because his discharge papers were destroyed in the Chicago fire of 1871, the government has never granted his request for a pension.
Mrs. Woodard died Nov. 14, 1938. Mr. Woodard was the last member of Stansell post, No. 333, G. A. R., of South Lyon.
He is survived by three daughters, Mrs. John Myatt of Saginaw and Mrs. Wellington White and Mrs. Arthur White, both of Howell; and three grandchildren.
Funeral services will be held at 2 o’clock tomorrow afternoon at the Phillips funeral home, Rev. H. B. Wimberly officiating, and interment will be in South Lyon cemetery.