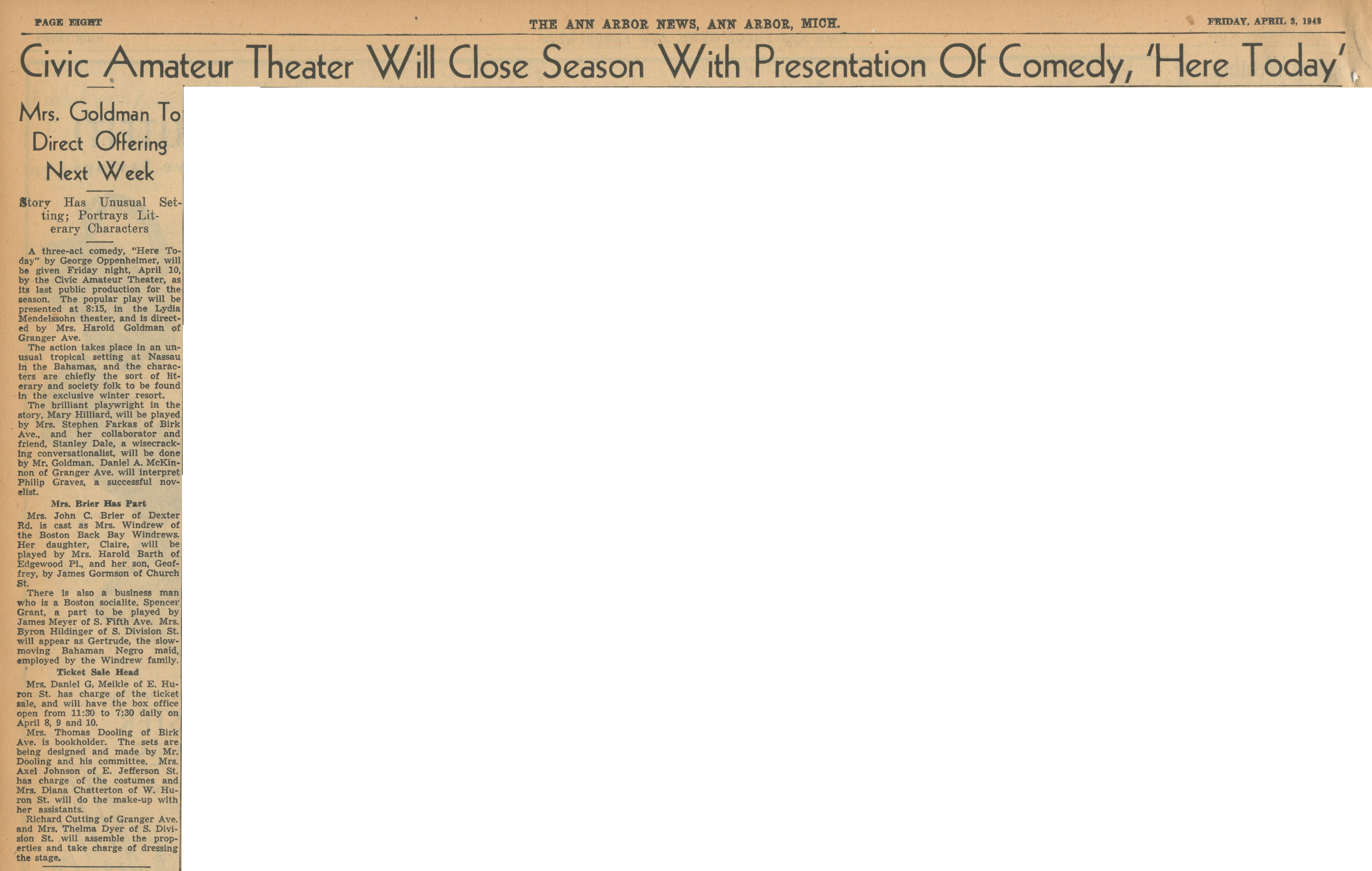 A three-act comedy, "Here Today" by George Oppenheimer, will be given Friday night, April 10, by the Civic Amateur Theater, as its last public production for the season. The popular play will be presented at 8:15, in the Lydia Mendelssohn theater, and is directed by Mrs. Harold Goldman of Granger Ave.

The action takes place in an unusual tropical setting at Nassau in the Bahamas, and the characters are chiefly the sort of literary and society folk to be found in the exclusive winter resort.

The brilliant playwright in the story, Mary Hilliard, will be played by Mrs. Stephen Farkas of Birk Ave., and her collaborator and friend, Stanley Dale, a wisecracking conversationalist, will be done by Mr. Goldman. Daniel A. McKinnon of Granger Ave. will interpret Philip Graves, a successful novelist.

Mrs. John C. Brier of Dexter Rd. is cast as Mrs. Windrew of the Boston Back Bay Windrews. Her daughter, Claire, will be played by Mrs. Harold Barth of Edgewood PI., and her son, Geoffrey, by James Gormson of Church St.

There is also a business man who is a Boston socialite, Spencer Grant, a part to be played by James Meyer of S. Fifth Ave. Mrs. Byron Hildinger of S. Division St. will appear as Gertrude, the slow-moving Bahaman Negro maid, employed by the Windrew family.

Mrs. Thomas Dooling of Birk Ave. is bookholder. The sets are being designed and made by Mr. Dooling and his committee. Mrs. Axel Johnson of E. Jefferson St. has charge of the costumes and Mrs. Diana Chatterton of W. Huron St. will do the make-up with her assistants.

Richard Cutting of Granger Ave. and Mrs. Thelma Dyer of S. Division St. will assemble the properties and take charge of dressing the stage.