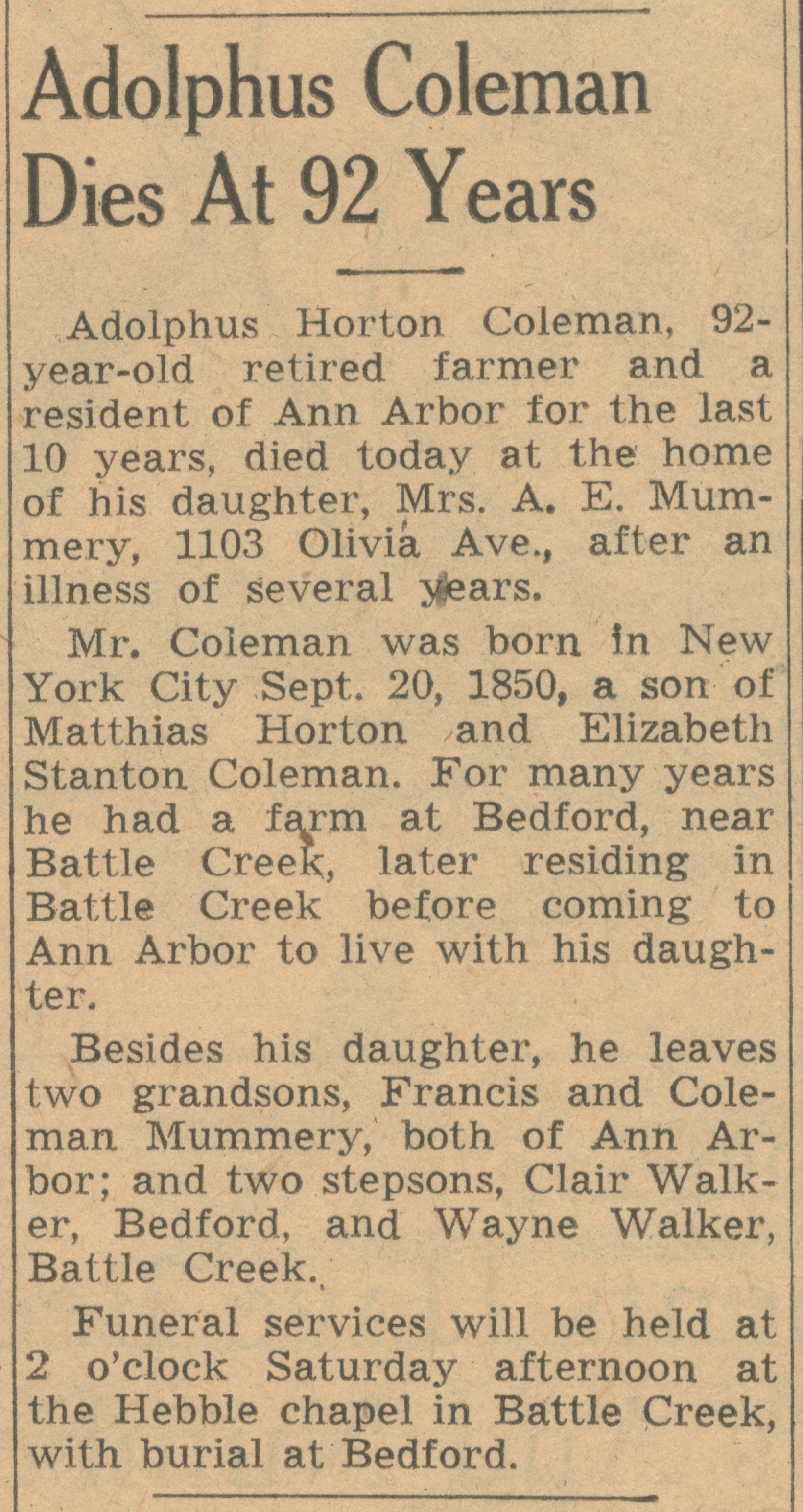 Adolphus Horton Coleman, 92-year-old retired farmer and a resident of Ann Arbor for the last 10 years, died today at the home of his daughter, Mrs. A. E. Mummery, 1103 Olivia Ave., after an illness of several years. Mr. Coleman was born in New York City Sept. 20, 1850, a son of Matthias Horton and Elizabeth Stanton Coleman. For many years he had a farm at Bedford, near Battle Creek, later residing in Battle Creek before coming to Ann Arbor to live with his daughter. Besides his daughter, he leaves two grandsons, Francis and Coleman Mummery, both of Ann Arbor; and two stepsons, Clair Walker, Bedford, and Wayne Walker, Battle Creek. Funeral services will be held at 2 o'clock Saturday afternoon at the Hebble chapel in Battle Creek, with burial at Bedford.