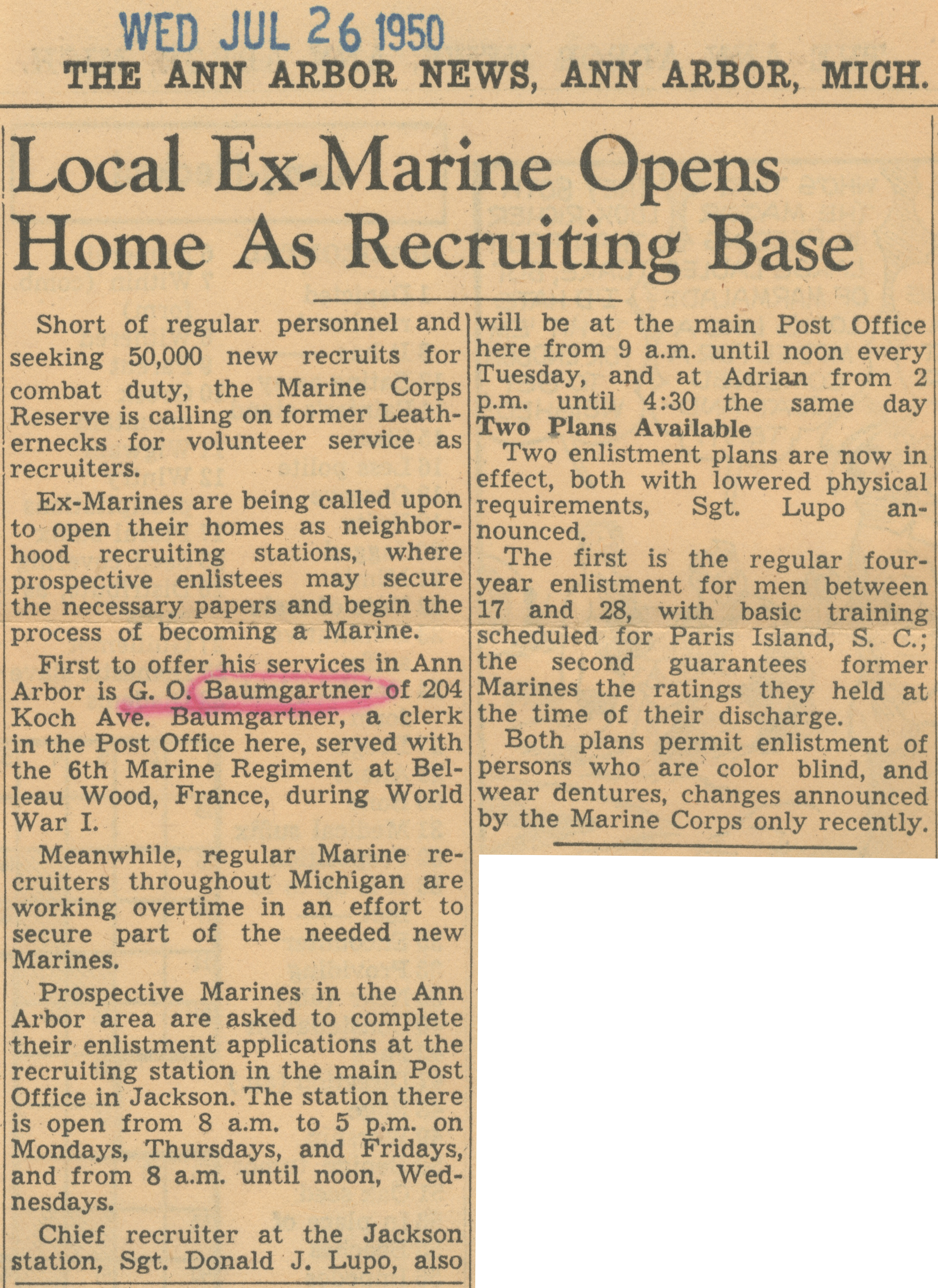 Short of regular personnel and seeking 50,000 new recruits for combat duty, the Marine Corps Reserve is calling on former Leathernecks for volunteer service as recruiters.

Ex-Marines are being called upon to open their homes as neighborhood recruiting stations, where prospective enlistees may secure the necessary papers and begin the process of becoming a Marine.

First to offer his services in Ann Arbor is G. O. Baumgartner of 204 Koch Ave. Baumgartner, a clerk in the Post Office here, served with the 6th Marine Regiment at Belleau Wood, France, during World War I.

Meanwhile, regular Marine recruiters throughout Michigan are working overtime in an effort to secure part of the needed new Marines.

Prospective Marines in the Ann Arbor area are asked to complete their enlistment applications at the recruiting station in the main Post Office in Jackson. The station there is open from 8 a.m. to 5 p.m. on Mondays, Thursdays, and Fridays, and from 8 a.m. until noon, Wednesdays.

Chief recruiter at the Jackson station, Sgt. Donald J. Lupo, also will be at the main Post Office here from 9 a.m. until noon every Tuesday, and at Adrian from 2 p.m. until 4:30 the same day

The first is the regular four-year enlistment for men between 17 and 28, with basic training scheduled for Paris Island, S. C.; the second guarantees former Marines the ratings they held at the time of their discharge.

Both plans permit enlistment of persons who are color blind, and wear dentures, changes announced by the Marine Corps only recently.