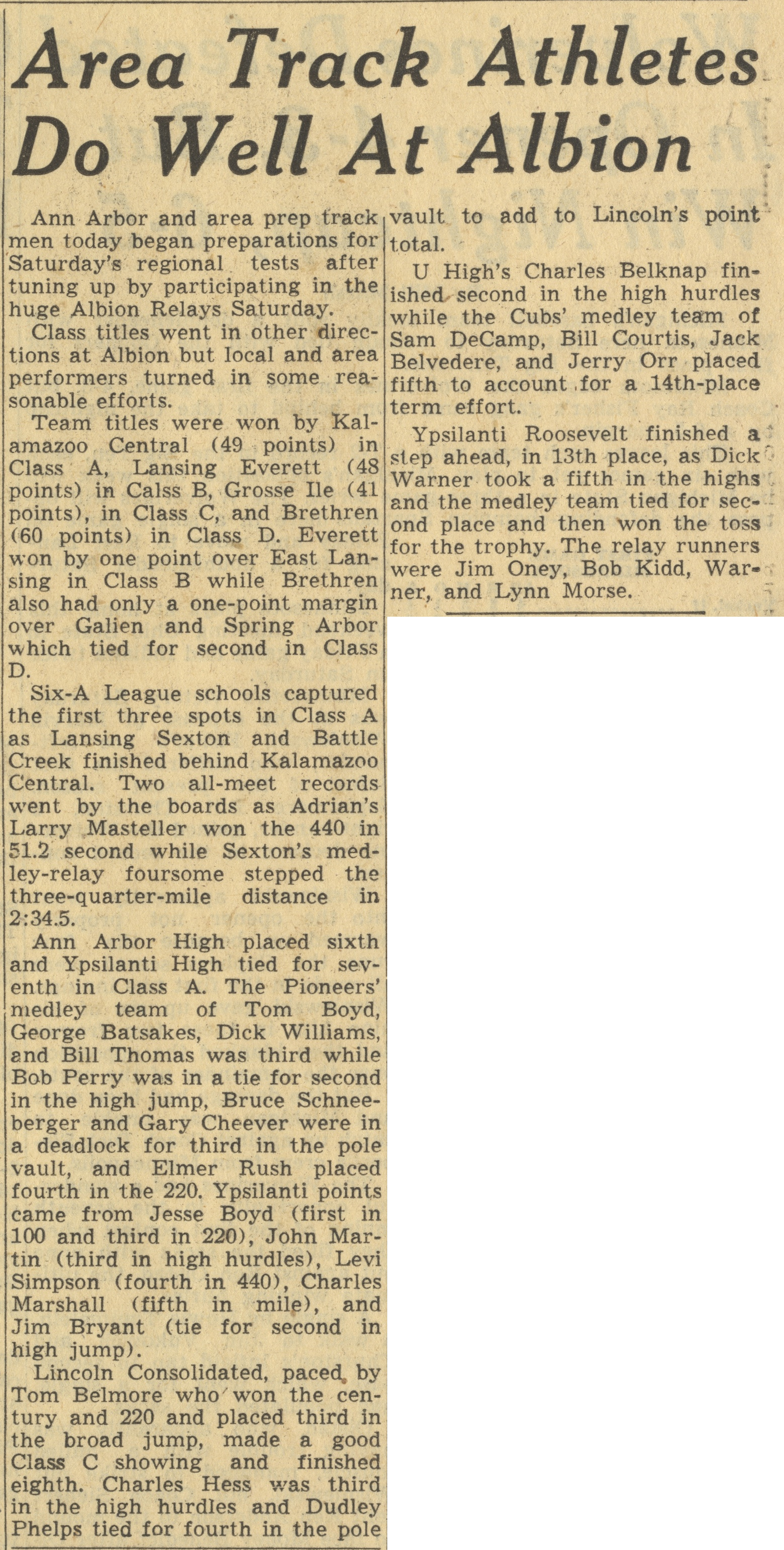 Class titles went in other directions at Albion but local and area performers turned in some reasonable efforts.

Six-A League schools captured the first three spots in Class A as Lansing Sexton and Battle Creek finished behind Kalamazoo Central. Two all-meet records went by the boards as Adrian's Larry Masteller won the 440 in 51.2 second while Sexton’s medley-relay foursome stepped the three-quarter-mile distance in 2:34.5.

Ann Arbor High placed sixth and Ypsilanti High tied for seventh in Class A. The Pioneers’ medley team of Tom Boyd, George Batsakes, Dick Williams, and Bill Thomas was third while Bob Perry was in a tie for second in the high jump, Bruce Schneeberger and Gary Cheever were in a deadlock for third in the pole vault, and Elmer Rush placed fourth in the 220. Ypsilanti points came from Jesse Boyd (first in 100 and third in 220), John Martin (third in high hurdles), Levi Simpson (fourth in 440), Charles Marshall (fifth in mile), and Jim Bryant (tie for second in high jump).

Lincoln Consolidated, paced by Tom Belmore who won the century and 220 and placed third in the broad jump, made a good Class C showing and finished eighth. Charles Hess was third in the high hurdles and Dudley Phelps tied for fourth in the pole vault to add to Lincoln's point total.

Ypsilanti Roosevelt finished a step ahead, in 13th place, as Dick Warner took a fifth in the highs and the medley team tied for second place and then won the toss for the trophy. The relay runners were Jim Oney, Bob Kidd, Warner, and Lynn Morse.