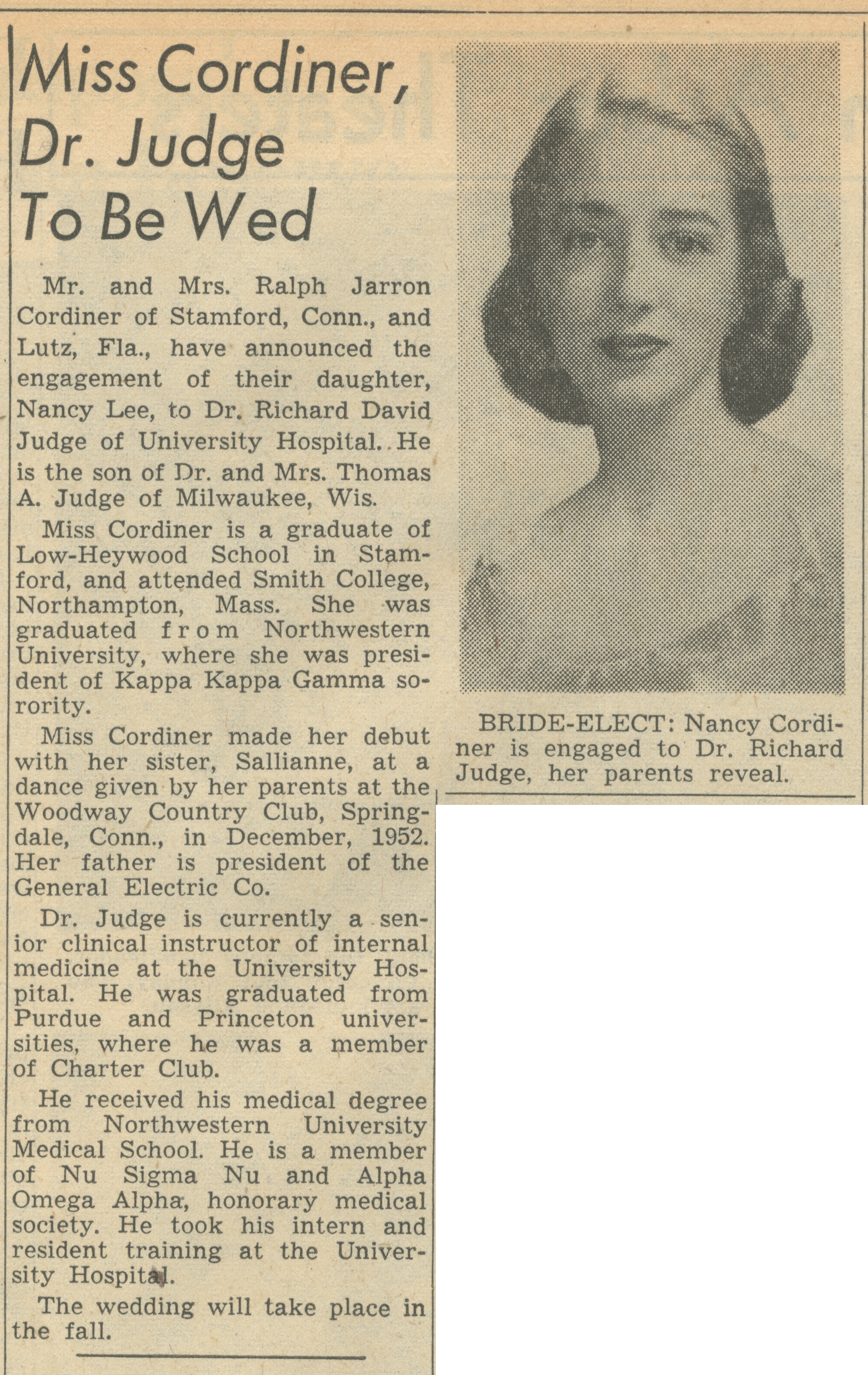 Mr. and Mrs. Ralph Jarron Cordiner of Stamford, Conn., and Lutz, Fla., have announced the engagement of their daughter, Nancy Lee, to Dr. Richard David Judge of Universiy Hospital. He is the son of Dr. and Mrs. Thomas A. Judge of Milwauke, Wis.

Miss Cordiner is a graduate of Low-Heywood School in Stamford, and attended Smith College, Northampton, Mass. She was graduated from Northwestern University, where she was president of Kappa Kappa Gamma sorority.

Miss Cordiner made her debut with her sister, Sallianne, at a dance given by her parents at the Woodway Country Club, Springdale, Conn., in December, 1952. Her father is president of the General Electric Co.

Dr. Judge is currently a senior clinical instructor of internal medicine at the University Hospital. He was graduated from Purdue and Princeton universities, where he was a member of Charter Club.

He received his medical degree from Northwestern University Medical School. He is a member of Nu Sigma Nu and Alpha Omega Alpha, honorary medical society. He took his intern and resident training at the University Hospital.

The wedding will take place in the fall.