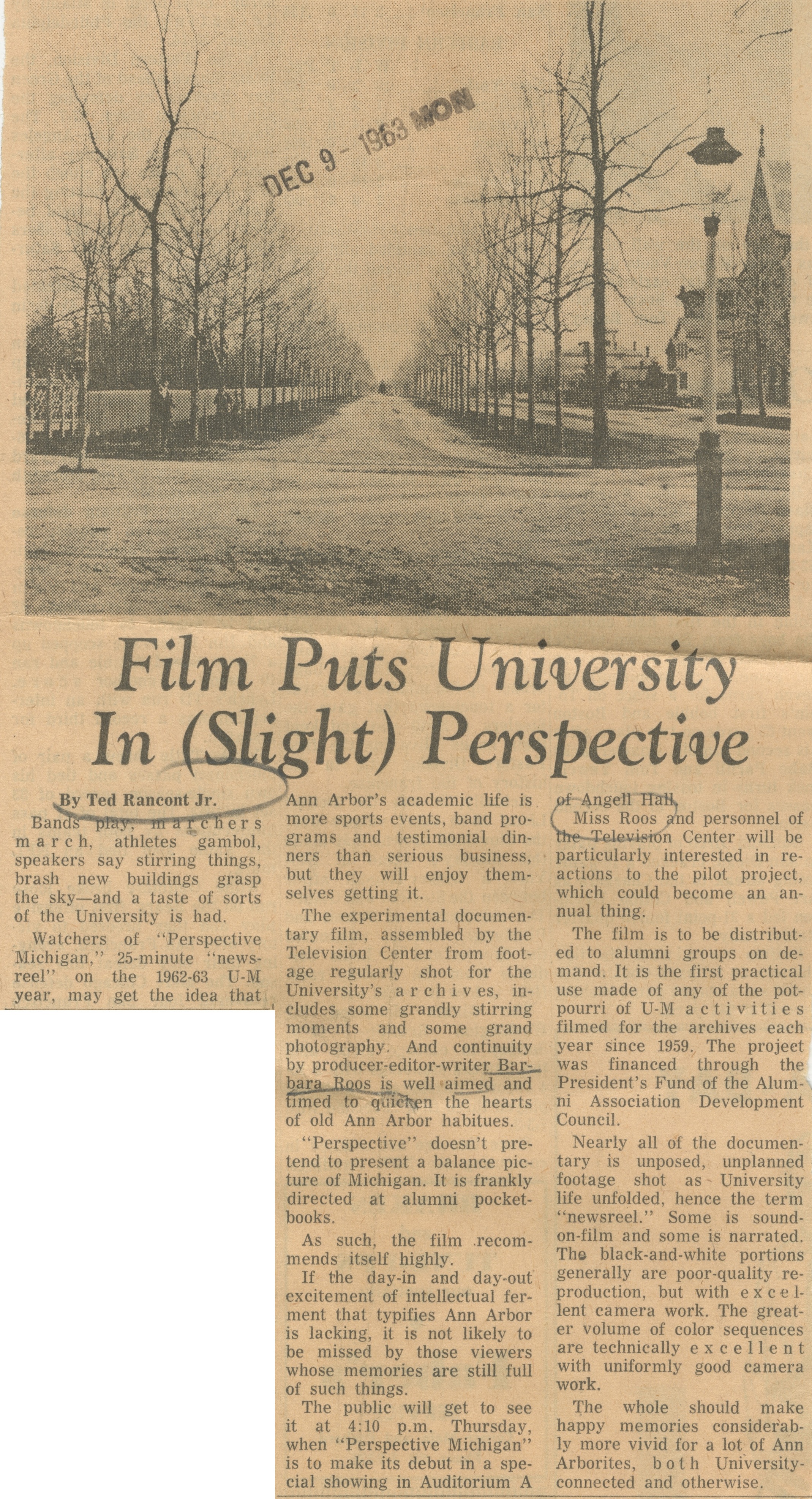 Ann Arbor’s academic life is more sports events, band programs and testimonial dinners than serious business, but they will enjoy themselves getting it.

The experimental documentary film, assembled by the Television Center from footage regularly shot for the University's archives, includes some grandly stirring moments and some grand photography. And continuity by producer-editor-writer Barbara Roos is well aimed and timed to quicken the hearts of Ann Arbor habituees.

"Perspective" doesn't pretend to present a balanced picture of Michigan. It is frankly directed at alumni pocketbooks.

As such, the film recommends itself highly.

If the day-in and day-out excitement of intellectual ferment that typifies Ann Arbor is lacking, it is not likely to be missed by those viewers whose memories are still full of such things.

The public will get to see it at 4:10 p.m. Thursday, when "Perspective Michigan" is to make its debut in a special showing in Auditorium A of Angell Hall.

Miss Roos and personnel of the Television Center will be particularly interested in reactions to the pilot project, which could become an annual thing.

The film is to be distributed to alumni groups on demand. It is the first practical use made of any of the potpourri of U-M activities filmed for the archives each year since 1959. The project was financed through the President’s Fund of the Alumni Association Development Council.

Nearly all of the documentary is unposed, unplanned footage shot as University life unfolded, hence the term “newsreel.” Some is sound-on-film and some is narrated. The black-and-white portions generally are poor-quality reproduction but with excellent camera work. The greater volume of color sequences are technically excellent with uniformly good camera work.

The whole should make happy memories considerably more vivid for a lot of Ann Arborites, both University-connected and otherwise.