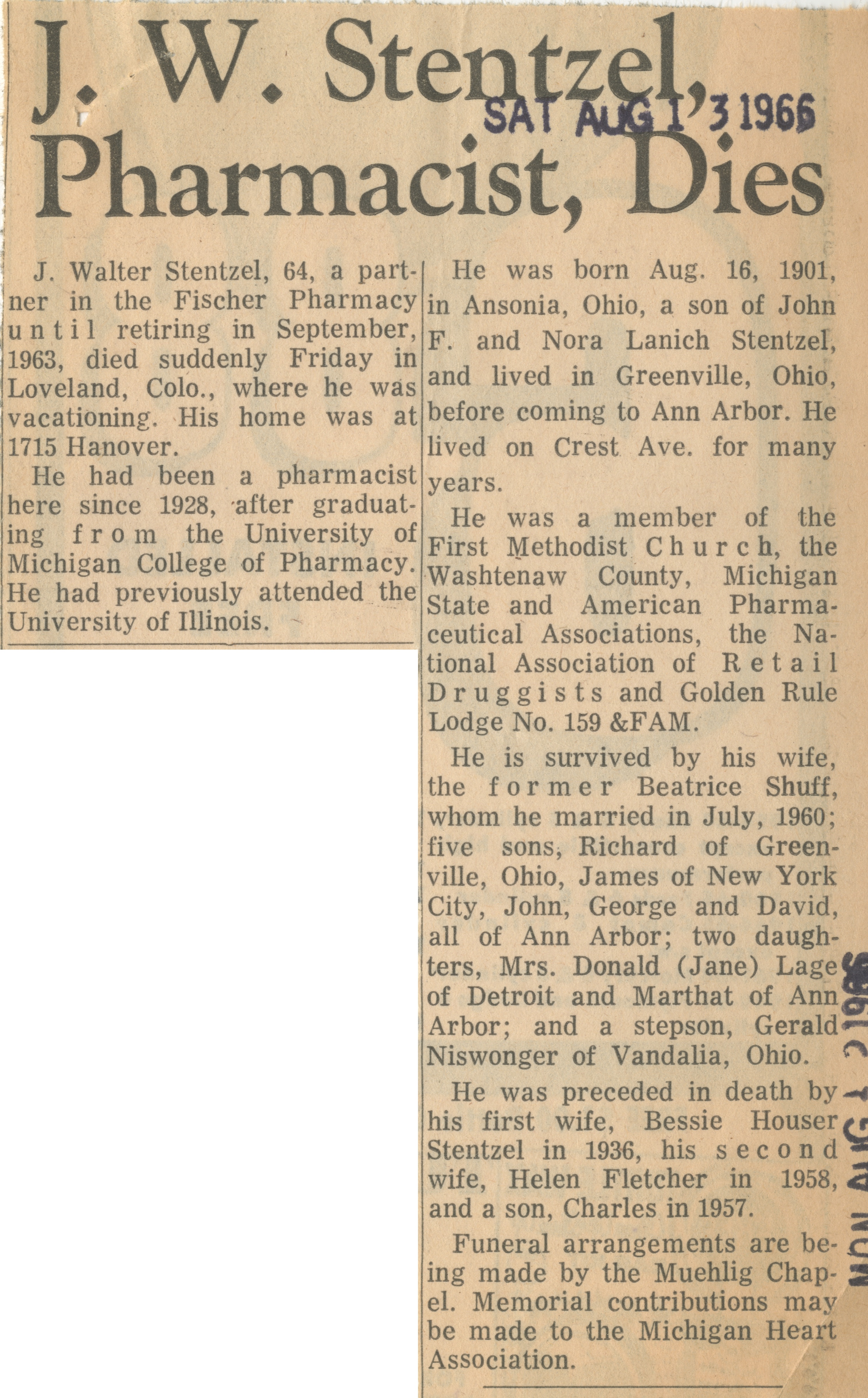 J. Walter Stentzel, 64, a partner in the Fischer Pharmacy until retiring in September, 1963, died suddenly Friday in Loveland, Colo., where he was vacationing. His home was at 1715 Hanover.

He was born Aug. 16, 1901, in Ansonia, Ohio, a son of John F. and Nora Lanich Stentzel, and lived in Greenville, Ohio, before coming to Ann Arbor. He lived on Crest Ave. for many years.

He was a member of the First Methodist Church, the Washtenaw County, Michigan State and American Pharmaceutical Associations, the National Association of Retail Druggists and Golden Rule Lodge No. 159 &FAM.

He is survived by his wife, the former Beatrice Shuff, whom he married in July, 1960; five sons, Richard of Greenville, Ohio, James of New York City, John, George and David, all of Ann Arbor; two daughters, Mrs. Donald (Jane) Lage of Detroit and Marthat of Ann Arbor; and a stepson, Gerald Niswonger of Vandalia, Ohio.

Funeral arrangements are being made by the Muehlig Chapel. Memorial contributions may be made to the Michigan Heart Association.