Fellowship Group To Give 'Maji' Play 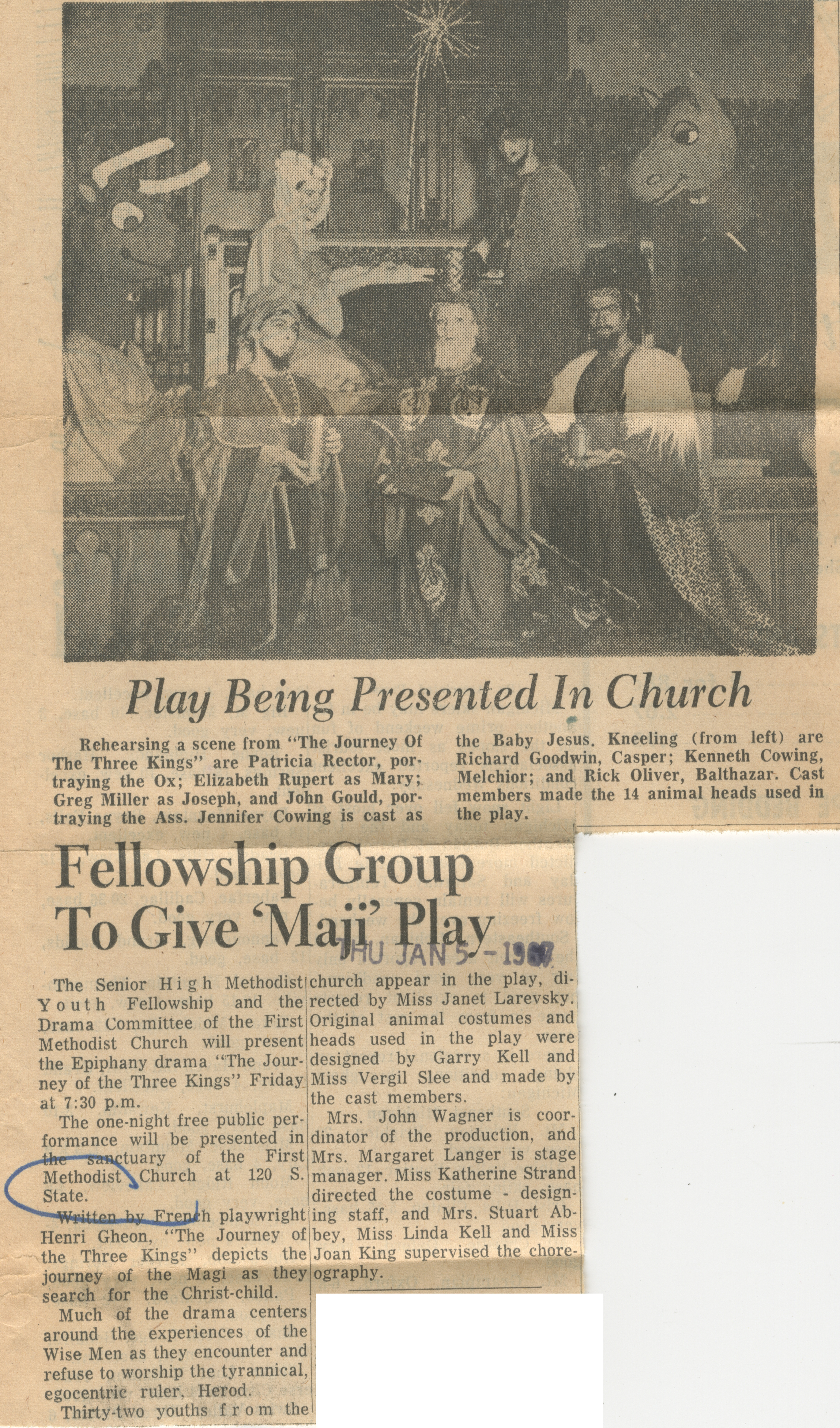 ﻿Play Being Presented In Church<br><br>Rehearsing a scene from “The Journey Of The Three Kings” are Patricia Rector, portraying the Ox; Elizabeth Rupert as Mary;, Greg Miller as Joseph, and John Gould, portraying the Ass. Jennifer Cowing is cast as<br><br>the Baby Jesus. Kneeling (from left) are Richard Goodwin, Casper; Kenneth Cowing, Melchior; and Rick Oliver, Balthazar. Cast members made the 14 animal heads used in the play.<br><br>To Give ‘Map’<br><br>ISC?<br><br>The Senior High Methodist Youth Fellowship and the Drama Committee of the First Methodist Church will present the Epiphany drama “The Journey of the Three Kings” Friday at 7:30 p.m.<br><br>The one-night free public performance will be presented in -Hw—sanctuary of the First MethodisO^Church at 120 S. State.<br><br>^ iViiilli |i~hy ffppi-ii playwright Henri Gheon, “The Journey of| the Three Kings” depicts the journey of the Magi as they search for the Christ-child.<br><br>Much of the drama centers around the experiences of the Wise Men as they encounter and refuse to worship the tyrannical, egocentric ruler. Herod.<br><br>Thirty-two youths from the<br><br>church appear in the play, directed by Miss Janet Larevsky. Original animal costumes and heads used in the play were designed by Garry Kell and Miss Vergil Slee and made by I the cast members.<br><br>Mrs. John Wagner is coordinator of the production, and Mrs. Margaret Langer is stage manager. Miss Katherine Strand directed the costume - designing staff, and Mrs. Stuart Abbey, Miss Linda Kell and Miss Joan King supervised the chorev ography.