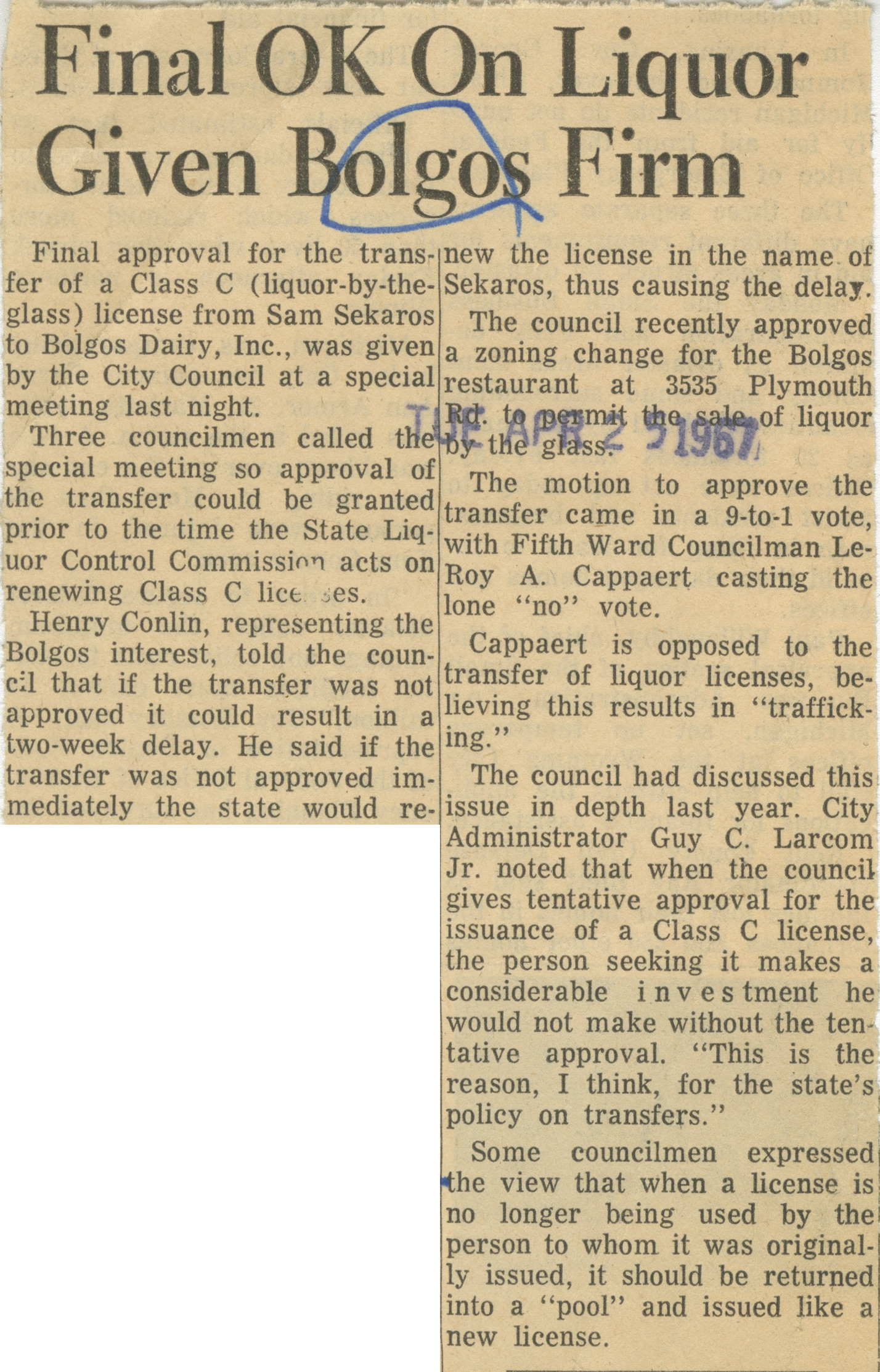 Final approval for the transfer of a Class C (liquor-by-the-glass) license from Sam Sekaros to Bolgos Dairy, Inc., was given by the City Council at a special meeting last night.

Three councilmen called special meeting so approval of the transfer could be granted prior to the time the State Liquor Control Commission acts on renewing Class C licenses.

The council recently approved zoning change for the Bolgos restaurant at 3535 Plymouth Rd. to permit the sale of liquor.

The motion to approve the transfer came in a 9-to-1 vote, with Fifth Ward Councilman LeRoy A. Cappaert casting the lone “no” vote.

Cappaert is opposed to the transfer of liquor licenses, believing this results in “trafficking.”

The council had discussed this issue in depth last year. City Administrator Guy C. Larcom Jr. noted that when the council gives tentative approval for the issuance of a Class C license, the person seeking it makes a considerable investment he would not make without the tentative approval. “This is the reason, I think, for the state’s, policy on transfers.”

Some councilmen expressed the view that when a license is no longer being used by the person to whom it was originally issued, it should be returned into a “pool” and issued like a new license.