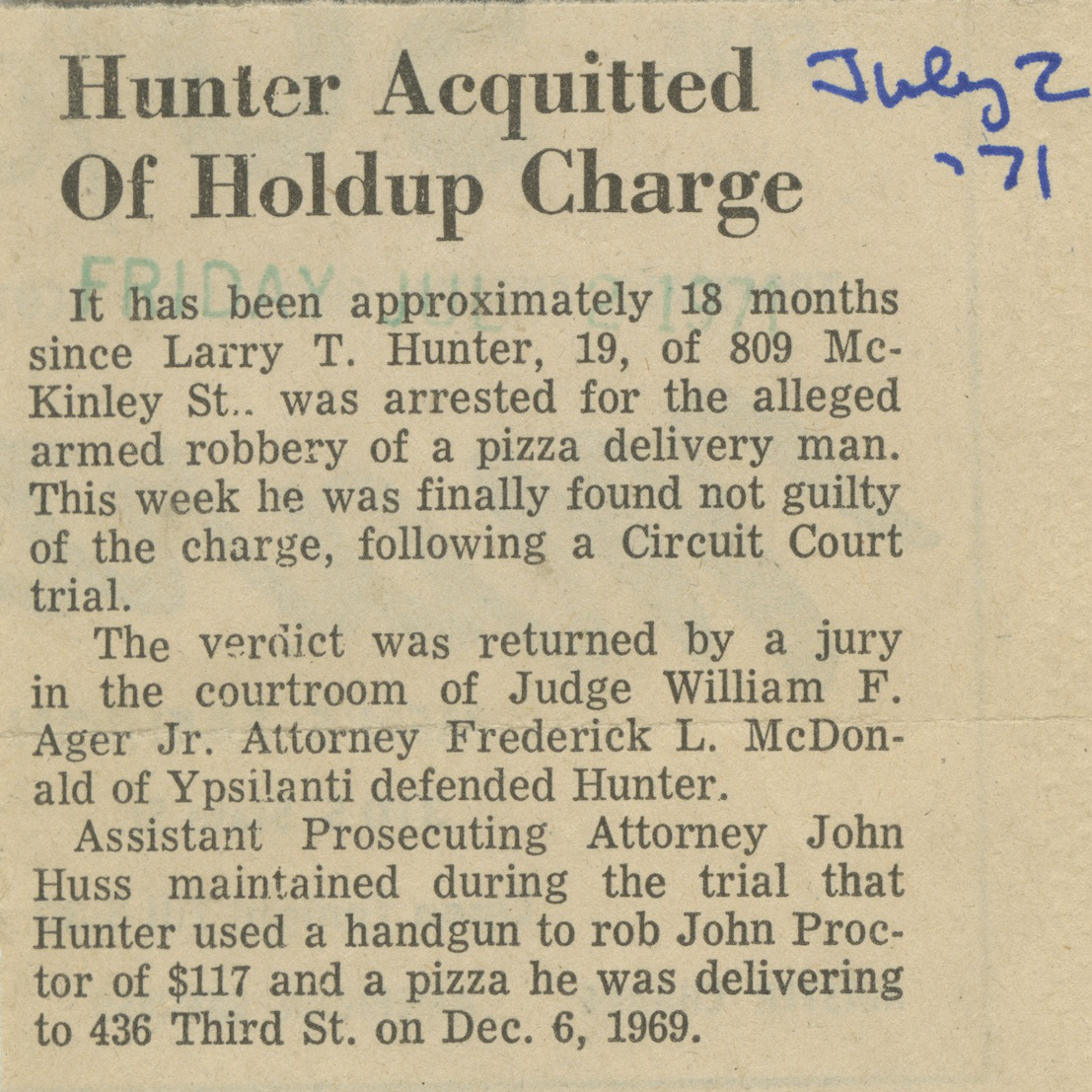 It has been approximately 18 months since Larry T. Hunter, 19, of 809 McKinley St., was arrested for the alleged armed robbery of a pizza delivery man. This week he was finally found not guilty of the charge, following a Circuit Court trial.

The verdict was returned by a jury in the courtroom of Judge William F. Ager Jr. Attorney Frederick L. McDonald of Ypsilanti defended Hunter.

Assistant Prosecuting Attorney John Huss maintained during the trial that Hunter used a handgun to rob John Proctor of $117 and a pizza he was delivering to 436 Third St. on Dec. 6, 1969.