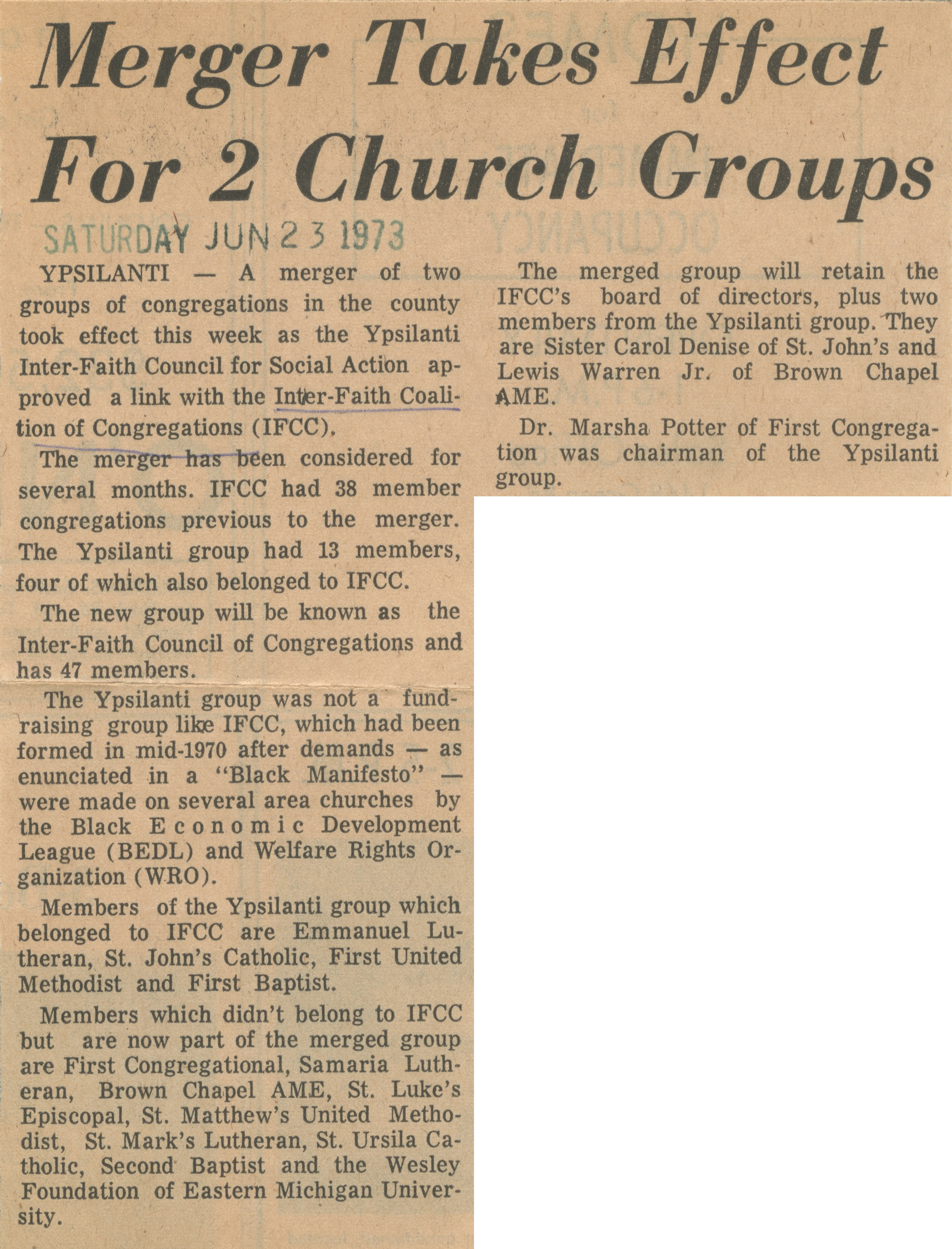 YPSILANTI — A merger of two groups of congregations in the county took effect this week as the Ypsilanti Inter-Faith Council for Social Action approved a link with the Inter-Faith Coalition of Congregations (IFCC).

The merger has been considered for several months. IFCC had 38 member congregations previous to the merger. The Ypsilanti group had 13 members, four of which also belonged to IFCC.

The new group will be known as the Inter-Faith Council of Congregations and has 47 members.

The Ypsilanti group was not a fundraising group like IFCC, which had been formed in mid-1970 after demands — as enunciated in a “Black Manifesto” — were made on several area churches by the Black Economic Development League (BEDL) and Welfare Rights Organization (WRO).

The merged group will retain the IFCC's board of directors, plus two members from the Ypsilanti group. They are Sister Carol Denise of St. John's and Lewis Warren Jr. of Brown Chapel AME.
Dr. Marsha Potter of First Congreration was chairman of the Ypsilanti group.